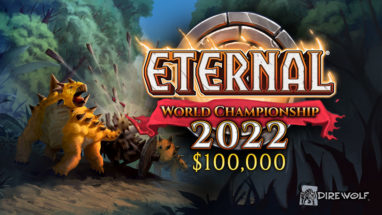 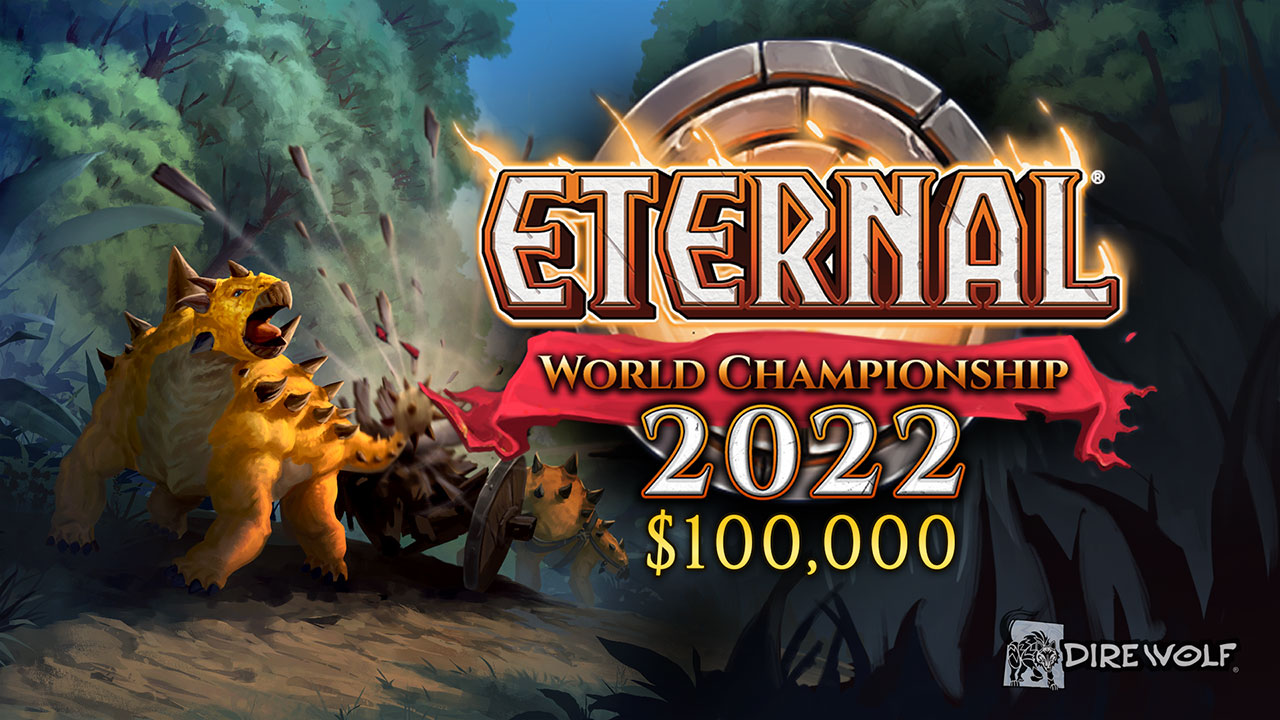 Our final qualifying event is in the books, and the field is set for the 2022 Eternal® World Championship, December 17-18th! All three major formats – Draft, Expedition, and Throne – will be in play as 16 of Eternal‘s top players battle it out for a $55,000 prize pool and the right to be called the World Champion!

Here are our competitors:

Note: Because five players qualified via Multiple Top 4 Finishes throughout the season, the potential Last Chance Qualifier event scheduled for December 2-3 is not necessary and will not be played.

This year’s World Championship will use the same format as last year’s championship: participants will compete in all three Eternal formats (Draft, Throne, and Expedition) over two days.

The event will begin with nine Swiss style rounds of best-of-three matches, with three matches in each format. After these rounds are completed, the players with the top four records* will advance to a single-elimination bracket where they will play best-of-five matches in the Expedition format.

* In the event of a tie for the top four spots, a single-elimination best-of-three playoff round will be held to determine the top four.

*If Necessary* Playoff Round

In addition to their winnings from throughout the Organized Play season, all World Championship competitors will walk away with cash prizes!

Be sure to join us for all of the World Championship action, live on Twitch! During the event broadcast, we’ll be revealing cards and mechanics from the next set in Eternal, coming in January 2023.

We’ll have more information on the new set coming – including pre-order and preview event information – in the run up to the World Championship, so stay tuned!

Stay up to date on all of the Eternal World Championship news by signing up for the Dire Wolf newsletter, and we’ll see you December 17-18th, live on Twitch!