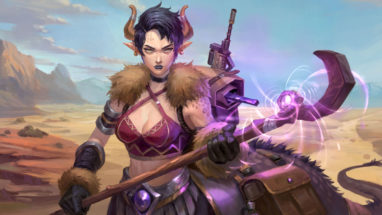 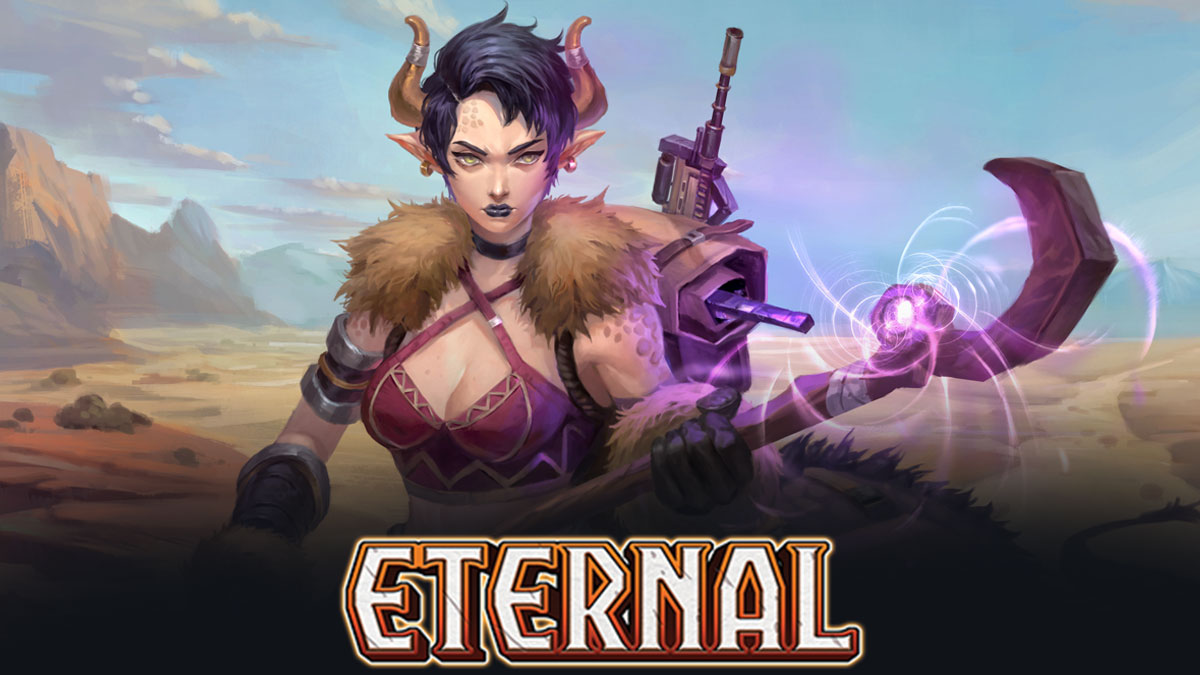 Hello Eternal fans, and welcome to our latest round of balance updates! Our previous round of changes shook up the Hour of Glass $5K Throne Open. Now we’re looking ahead to the $5K Expedition Open coming up October 8th through 10th, and ready to take action on a few trends in both the Throne and Expedition format.

In Expedition, Shadow, and Xenan specifically, has been more successful than we think is appropriate. Ambitious Mandevilla and Moldermuck are both fun, interactive, and very much a celebration of digital-only games, but both also contribute to a grindy game in which it’s too hard to make progress through combat. After much consideration, we feel the format is best served with more modest versions.

In Throne, we have seen a rise of relic oriented strategies, especially in Combrei. While there is room in Eternal for unorthodox strategies built around non-unit cards, we feel the current version is overly passive and repetitive. We hope to maintain the strategy without the current emphasis on markets and bulk card draw, and so we are increasing the activation cost of Coveted Gemstone along with the cost of Alarming Findings, the card created by Perilous Research.

Behold the Truth seems innocuous, but contributes to a number of unsatisfying games by enabling kills out of the market alongside nearly any array of units. Some amount of this is fine, but we’d prefer players work a bit harder than they currently have to, and so Behold the Truth now provides a smaller bonus.

Cen Wastes Smuggler and Tasbu combine card advantage and selection with stats and skills comparable with other competitive options at the same power cost. We’d like to open up more meaningful counterplay, more opportunities for opposing players to generate tempo against these cards, and their new stats reflect this goal.

Valiant Guardian – now spells cost 2 more with no Overwhelm, was cost 4 more and had Overwhelm

Valiant Guardian was simply too intense of an experience with too little counterplay for a card that was frequently played ahead of schedule. With this change, we hope to make the card appealing for a variety of strategies while allowing the opposing player more hope of getting out from under it.

In addition, we are buffing Feeding Time, Ankle Cutter, and Valkyrie Justiciar. Each of these cards represents novel interaction that could be useful for less popular strategies to compete with the top decks. When making live balance changes we try to identify cards that are popular and different from what is commonly played but need a little bump to be plausible competitive cards, and we believe all three of these cards qualify.

Last, we are also doing an overhaul to the Draft format. The new list of Draft Pack cards can be found here.  In addition to the change to the card pool, we are switching up the order of the packs, so the draft pack will be the first and fourth pack, while Revelations will move to the second and third pack. For this round of changes we’ve put a premium on introducing individual cards and old mechanics that are interesting in the context of Revelations, and we think this new format will be fun and engaging for draft veterans and novices alike. Below is a full list of cards being added:

We’ll be hosting another Designer Q&A session with Andrew Baeckstrom and Patrick Sullivan to talk about these changes! You can head over to the #ask-the-devs channel in the “Eternal News & Feedback” section of the Dire Wolf Gaming Discord to ask your questions, either about these live balance changes or any other questions you have about the game. We will be showing a recording of this during the coverage of our Expedition $5K Open on Sunday, October 10th on Twitch over at https://www.twitch.tv/direwolfdigital, so make sure to check out the coverage of that event to see these changes in action, along with another opportunity to hear the thoughts of some of the designers who bring you Eternal!

As always, thanks for your continued support! Don’t forget to sign up for the Dire Wolf Newsletter to earn one free Eternal pack each week and stay up-to-date on the latest news!