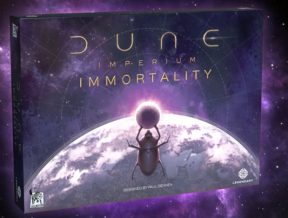 From the Dice Tower Summer Spectacular, join Dire Wolf game designers for a special preview of the second expansion to the SXSW Tabletop Game of the Year Dune: Imperium – Immortality.

Watch the full announcement for details:

As the Great Houses wage war, the Bene Tleilax advance their own agenda by trading in genetic innovations. Will you hire Face Dancer spies of unmatched skill? Regrow damaged tissue and organs? Or dare to employ people restored to life as gholas?

Immortality expands Dune: Imperium in new directions. Make shadowy deals with the Tleilaxu to harvest genetic specimens. Unlock the potential of scientific research. Graft cards together to empower your Agents.

Explore a universe of possibilities with Dune: Imperium Immortality 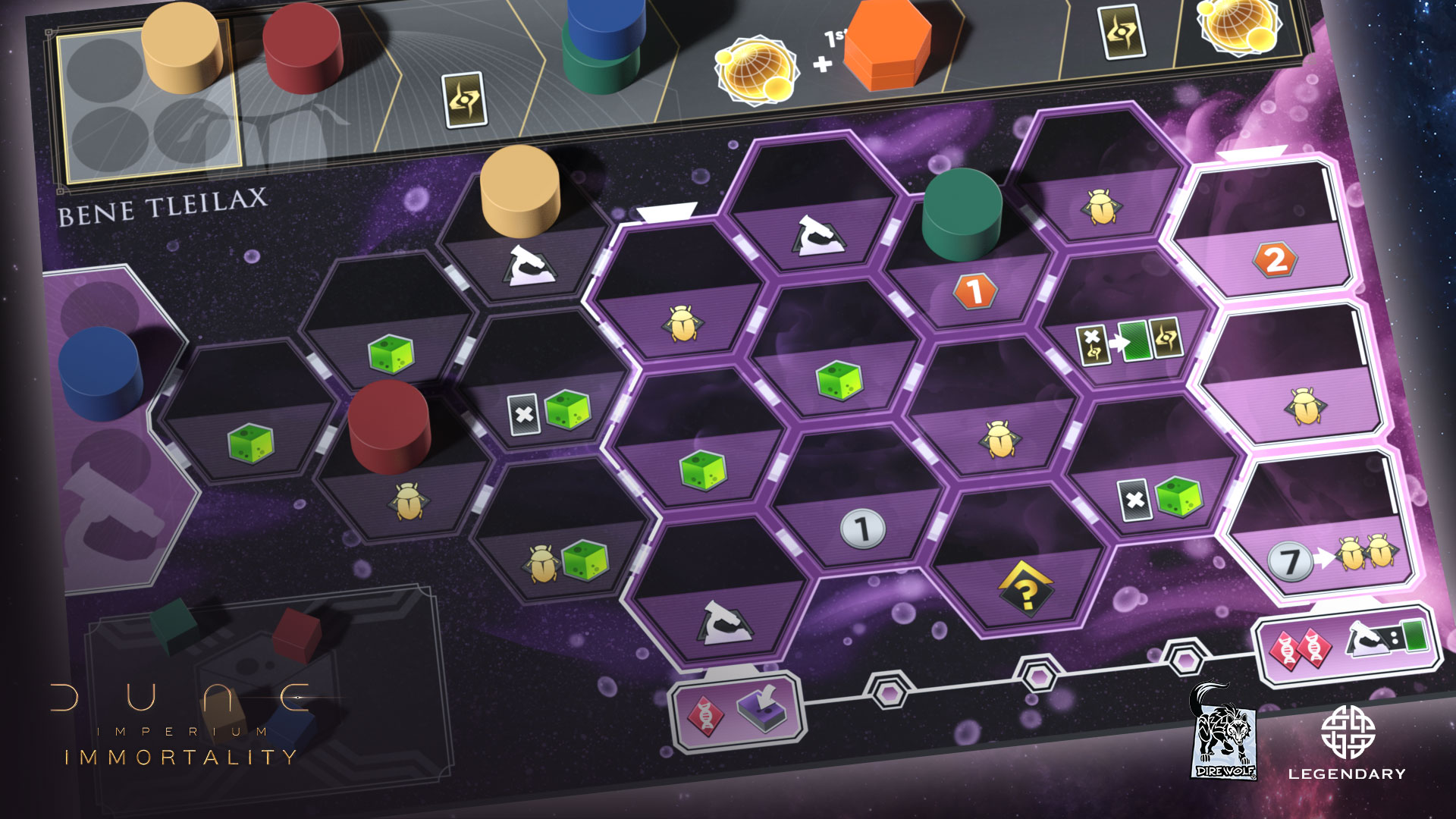 The height of Tleilaxu technology is their unmatched abilities of genetic manipulation. In Immortality, this is represented by Graft – a new keyword that allows you to play two cards in a single agent turn, earning the benefits of both. 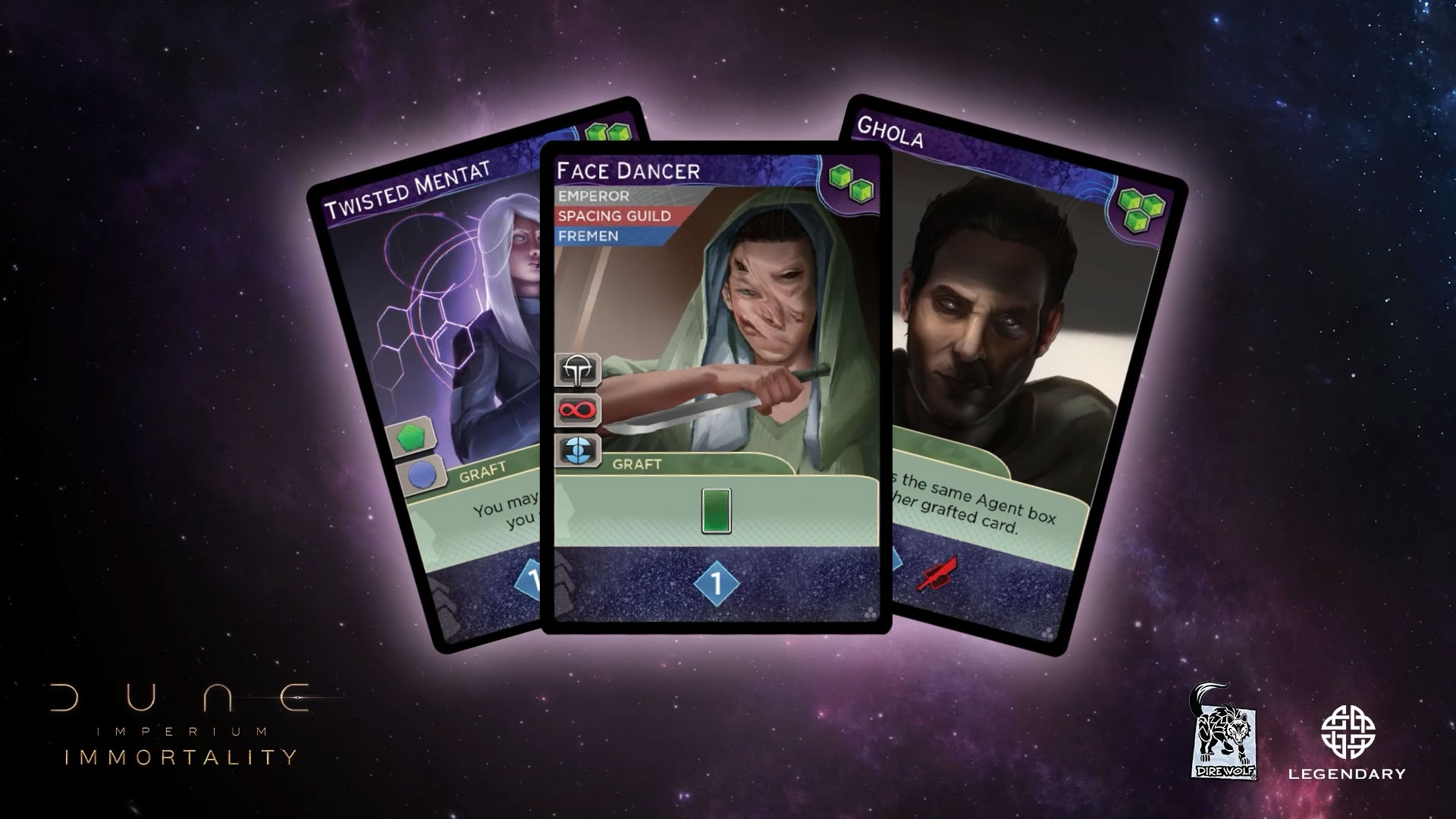 Watch the announcement video for more details on upcoming cards and mechanics!

Ready for the sequel? Sign up the Dire Wolf newsletter for Pre-Order reminders!

Join Dune: Imperium fans on Board Game Geek and the Dire Wolf Discord!