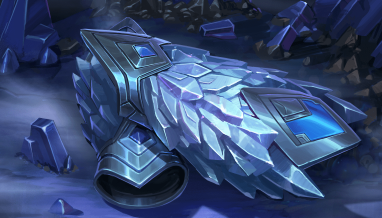 Since the release of Echoes of Eternity, Time has dominated both Throne and Expedition in a number of forms —especially various Elysian decks. When we see such high win rates across such heavy representation, we look carefully to see what changes might be appropriate to increase diversity, balance, and counterplay, while reducing the risk of highly repetitive game states. We also reviewed Draft, but found that the diversity and balance of strategies there were well into a desirable range.

Even-Elysian decks have had a warping influence on the Throne format since the addition of Echoes of Eternity. They were by far the most represented strategy at this past weekend’s ECQ, with over 40% of players in the top 64, continuing a trend of high performance in the Throne queues. We are glad to see a deck built around the novel “even-only” restriction find success, but the Even Elysian deck has proven too efficient at accumulating resources and overwhelming opponents.

While Even-Elysian failed to reach the finals of the ECQ, we still found the strategy too big a factor in determining the range of viable strategies, with far too much representation in the metagame. We are closely monitoring Evenhanded Golem, but believe it would be more desirable to target some of the most efficient cards around it that contribute to the limiting of the format. We reviewed the powerful mix of 4-cost options available to the deck, but believe it is more effective at this time to target cards lower on the curve. We are also watching how the metagame adapts to combinations involving cards like Touch of Battle, but have no changes planned at this time.

Sodi’s Spellshaper is a card that is both generically powerful and particularly effective against the kinds of larger units that could otherwise help players stabilize against Even-Elysian’s more modestly-statted units. We also believe Sodi’s Spellshaper has grown problematic in Expedition and wanted to slow it down.

Teacher of Humility has been a major player since its release, suppressing both draw-heavy strategies and faster, smaller aggressive units. Torch becoming slow has led to a (much-needed) decline in its popularity, but one consequence has been a meaningful increase in the number of games defined by playing an early Teacher. To increase the range of possible cards that can block or interact with her, we are reducing her health from 3 to 2.

Even Elysian is part of a larger trend of unit-heavy Time aggro and midrange decks pushing most 3-faction decks and non-Time aggressive strategies out of the format. Borderlands Lookout has been notably stronger than other 1-drops, while being particularly hard to answer efficiently. By tweaking the card to only scale strength, we hope to preserve it as a hard-hitting option while also making it a bit easier to bring down (though still with more survivability than many 1-drops).

We also reviewed the various Kindling Carver sacrifice decks that have emerged, but so far these decks have not proven too rampant or dominant. We will be keeping an eye on them and how the format unfolds.

In the early days of Echoes of Eternity Expedition, we’ve seen a great variety of new strategies catch on. Among those, Elysian Fliers has risen to fairly unprecedented levels of win-rate and popularity. While we’re happy to see this new take on aggro gain success, it has proven incredibly resilient and a bit too fast. We have seen a wide range of cards used effectively in these decks, and are making changes to several cards to ensure better balance at all ranks. While Majestic Skies has been instrumental in the strategy’s ascent, we generally like the definition it gives the strategy, as well as the range of possible counterplay (once the strategy is slowed down a little and some of its interaction is a little more limited).

As discussed above, we believe Sodi’s Spellshaper to be a little too omnipresent, and the snowballing advantages it can lead to were happening a little too often. In reducing its efficiency, we hope to increase the viability of higher cost units, and make a room for other options in Fliers decks.

Skyrider Vanguard promotes a kind of all-in play pattern where the goal is to spread the stats across as many fliers as possible, rendering most forms of interaction largely ineffective. The card has been around for a long time without being a problem, but that’s because it never had enough support. Now that there is such a vast and robust assortment of fliers and flier support, the card is the single biggest contributor to the raw speed and lethality Elysian Fliers has become known for.

In addition to being too fast, players have found Elysian Fliers builds with interaction that has proven too warping on the format. Daring Gryffyn is one such tool: powerful on its own, and can give the strategy too much resilience against countermeasures. We hope that this change preserves the card as a powerful option against sweepers and other high impact spells while reducing the quantity of games in which it makes a flying threat unassailable by damage. This will also increase the options available for getting it off the table without playing a spell.

The Edicts were designed to help stabilize metagames that have gone too far. Like Shavka’s Edict before it, Edict of Grodov has proven too efficient in the “worst case scenario”. Its widespread usage has had a chilling effect on expensive Primal and Shadow cards, and it is a card that we have been watching closely in both the previous Expedition and in Throne.

Entrancer – Now silences a unit in the enemy hand with cost 3 or less. (Was 4 or less)

Entrancer efficiently negates a wide range of potential units, and  was a major factor in limiting which units were seeing play. While it does provide valuable counterplay to Summon abilities, we decided it was appropriate to return the card to its original form: hitting units that cost 3 or less.

Despite the warping influence of the aforementioned Elysian decks, Strangers have proven themselves serious players in a wide variety of forms, most commonly revolving around Grodov’s Stranger and Makkar’s Stranger. While we are excited to see such a variety of Stranger decks (both those heavy on Strangers and those with only a few), we determined that the already dangerous levels of two were too much for the format; particularly once Elysian Fliers is brought back into line.

We anticipate that both Grodov’s Stranger and Makkar’s Stranger will remain powerful and impactful, but by reducing the raw stats they bring to the table, the decision to use them versus other options has more meaning.

Reducing the cost of Kodosh’s Armor speeds the card up considerably, making it a higher impact threat at a more convenient place on the curve.

Makkar’s Quiver costing just 1 to Spellcraft improves its ability to help keep Cultists, Totemites, and Humbugs from getting out of hand.

While not the flashiest change, we determined that the second point of health would be especially valuable on Willbreaker. This greatly improves its ability to disrupt flier-heavy strategies by increasing the window in which you can potentially use Willbreaker Shade’s ability. This also increases its ability to attack profitably into the fliers it has cursed.

These balance changes will go live tomorrow (2/27), in order to ensure players competing in the Expedition Spring Challenge on March 6th have time to prepare.