1. You have been selected for this mission for demonstrating exemplary service toward House Stormhalt in a variety of past missions.
2. You shall journey to retrieve [REDACTED] from the Downdark.
3. Your skill and affinity toward mounted combat and aerial tactics has been noted, but Asri companions shall not be permitted on this mission due to tight quarters in the Downdark and potential for loss of assets.
4. You are to utilize caution as the team assembled does not only include those loyal to the service of House Stormhalt. 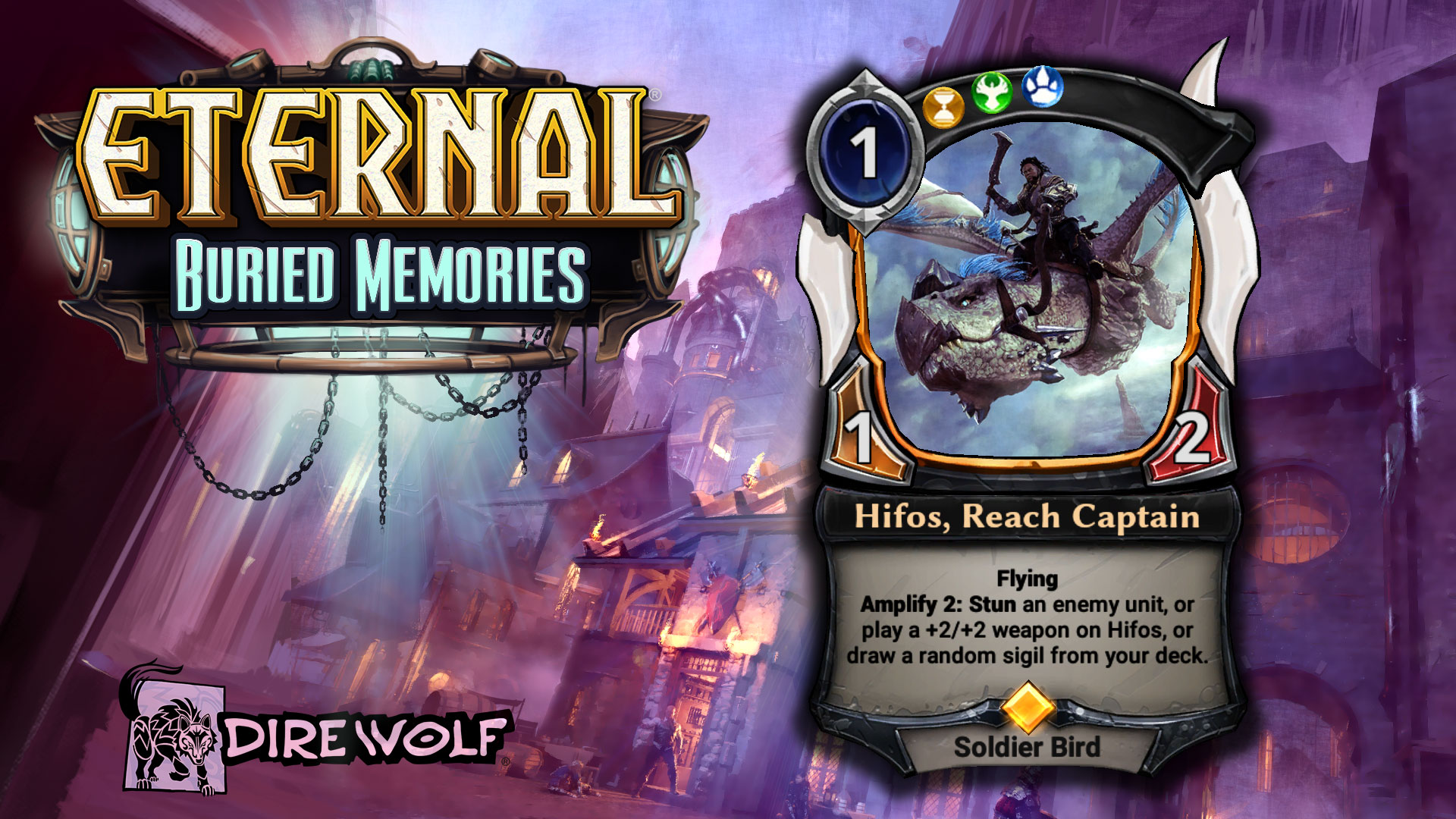 Immense, massive beams and pipes of metal spiderwebbed above Hifos Einar, and grungy floor passed below. The stench, the steam, and the throng of the Bellows held him in a tight, unwanted embrace that reminded him just how airborne he was not. He moved through the crowds alongside the quiet Valkyrie  and idly ran his fingers against the pack at his side.

The orders that kept him grounded lay in a small pocket in the bag, shoved, crumpled, but not torn. He barely resisted the urge to shred them out of spite.

“It is a glorious day for the…glory of the Grenadin!” called the small mechanical creature  that traipsed along in front of Hifos.

“You know it’s possible to not talk, right?” Hifos said with a grumble and hint of a growl. His brow furrowed with each step away from the Skimmer’s Tooth. At least the drink  there had helped his mood somewhat.

“Gren notes your anger, Asri Ally. Channel it into rage against the enemy!” came the clunky, grinding voice of the Grenadin.

Hifos let loose a slow breath and continued to dwell on the lack of his Asri, Torr. He was being kept from the skies and forced into this mission with a team of unsavory, untrustworthy unknowns. Now one had given him a nickname. 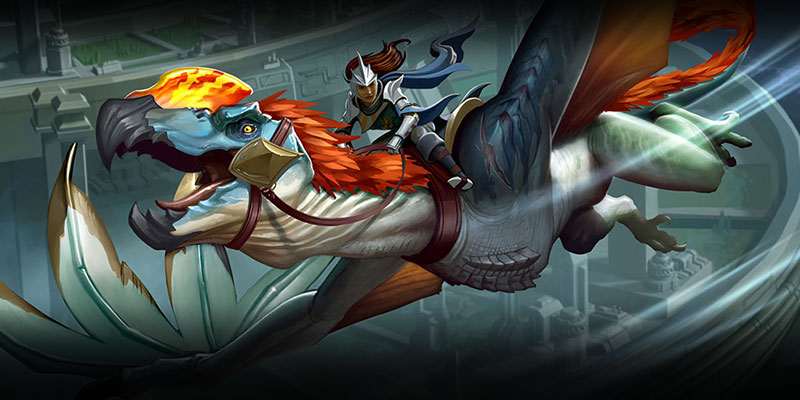 Hifos turned his attention with a watchful gaze to the flowing, eerie Mandrake  that slinked near the Grenadin. When it moved past, a touch of warmth and greeting had hit him as if its presence had stirred emotion somehow. That didn’t sit well with him.

“Conflict between allies would decrease efficiency of the objective to obtain the Waystone,” came a polished metallic voice from the quadrupedal Sentinel to Hifos’ right.

Hifos’ fingers touched the pommel of his sword while he kept watch on the Mandrake. Its movements were bizarre at the least. His superiors wanted him to fight along some monstrous plant and he couldn’t fathom why.

At least it was quiet, unlike the yapping scrap heap. Gren, was it? Hifos shook his head.

Why bring along something so small? Has to be a liability. Somebody up top probably lost a bet.

Silence, save for a hummed song from the Mandrake, accompanied Hifos and the group once they stood in front of a massive diving bell. Unpleasant thoughts intruded once again. Hifos had been ordered into the den of the enemy, on foot.

Creaks and groans echoed inside the large metal sphere as they entered and it was lowered down. Hifos watched from a porthole as the swirling Shadowsea enveloped the small craft. 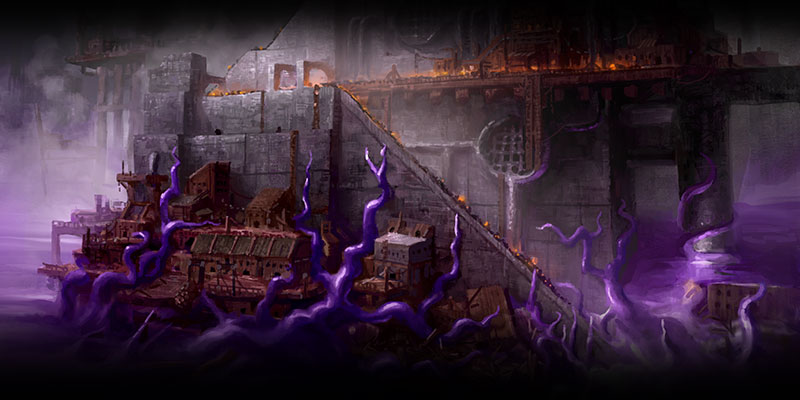 “The Shadowsea moves quick, make sure we do as well. Last time was a near miss,” Dichro said lightly. His wings were closed and held tight to his back. Hifos met his gaze and ignored that stony expression. The two of them had been successful, victorious even, last time. Though he remembered well the two soldiers that had not come out unscathed. Hifos gave a curt nod to the Valkyrie and clutched the grip of his sword to calm his nerves.

“That is why the glorious Grenadin aid in building ever upward! To thwart and escape the foe that shall fear Gren!” the small Grenadin called from atop the bull-shaped Sentinel.

“Rumination regarding eventual peril is detrimental to focus upon the objective of artifact retrieval,” Vulk said. Hifos eyed the Sentinel with an uncertain gaze then shook his head. Why build something to talk like that?

He leaned against part of the diving bell as its descent continued. His eyes adjusted to the dim yellow lighting of the bulb installed in the ceiling. It glinted off of the metal surfaces of Vulk and Gren in varying degrees of luminescence.

“Gren understands the Big Metal’s words, as focus is important when Gren is practicing swings of its mighty blade and exploring places anew. Gren shall truly thwart any foe that seeks to defeat it,” Gren replied with a rigid nod. Hifos’ focus was pulled away when the Mandrake started to cling to the sides of the diving bell and slither upward.

“I doubt the Shadowsea cares how much you want to thwart it,” Hifos said as he watched the Mandrake stick to the ceiling with unnerving ease, nearly blocking out the light.

With a low thud, the diving bell shuddered to a halt. Hifos braced against the wall until it settled.

“Watch your step and be quick about it. Let’s move,” Dichro said as he exited the diving bell. “Shadowsea’s already claimed many down here. I don’t intend to add to that tally.” 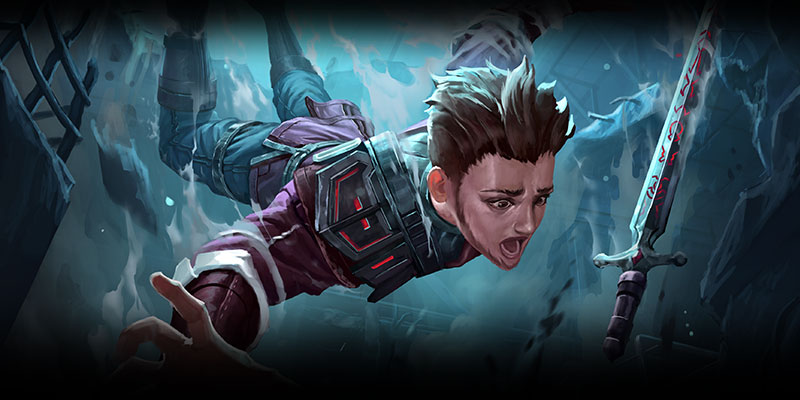 Long dead grass, broken trees, and shattered ornamental walls and buildings were scattered about what little of the darkened landscape Hifos could see. Once the highest point of civilization, now just a catacomb. He gripped his sword and stepped outside.

“Where to, Captain?” Dichro asked as the party ventured on. Half-broken statues of people long forgotten were intermingled with debris and discarded rubble of former noble houses and withered exotic flora. Hifos tugged out a map from his pack and looked it over.

Myriad lines and sketches denoted possible dangers and discovered riches, and gave Hifos pause. It was impressive in a way, the enormity and expansiveness of the dead and discarded portions of Bastion. A shining jewel turned into a pilfered graveyard where only those in desperation or obligation dare enter. He was just one of a countless number in the long tradition of stealing and scavenging from the past to eke out a future.

He gave a final look at the map, nodded, then pointed.

“Our goal is this way. Eyes open for signs of the Waystone piece. Should be large, bigger than Gren,” he said flatly and to the point then trudged forward. He wondered if half of this eccentric group even knew what a Waystone was.

He glanced behind. The others followed a few paces back except the Grenadin which clanked excitedly past him. Hifos looked further to the diving bell, then followed the chain up into the flowing purple darkness. It blocked his view of the massive tower of Bastion and the skies beyond. Then he faced forward again.

Onward, into the maw of the past.