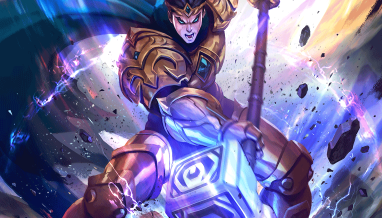 Chapter 31: A Light in the Darkness 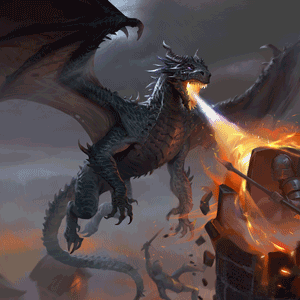 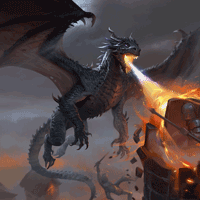 “… and that’s how I made it back, your honor,” the explorer said. “Never seen a Shadow-twisted dragon before.” Cautiously, he looked up at Genetrix Irel IV, leader of the Solist Order. The older woman sat on an elegantly carved oak chair, leaning on her cane as she listened. On either side of her, heavily armored paladins stood, their mailed hands close to their weapons.

The group stood on a balcony overlooking a secluded courtyard in the Citadel of Light. The bronze inlay and thick windows of the Solist stronghold caught the noonday sun, reflecting it down onto a quiet garden.

“I am happy to hear that some of your expedition survived the Shadowlands,” Irel said slowly. “But what brought you to me? You do not seem to be Solist yourself.”

“No ma’am,” the man said, shaking his head. Nervously, he pulled out a spotted handkerchief and dabbed at his forehead. “But I hear that your lot collect things. Relics, scrolls, stuff like that. And I heard that you sometimes pay to get those items.” He waggled his bushy eyebrows at Irel. 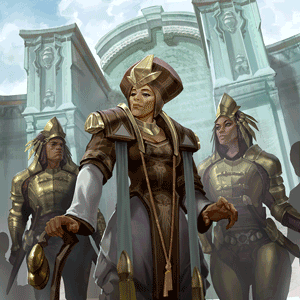 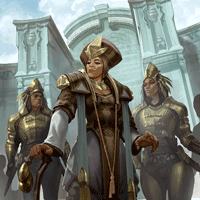 “I am not in the habit of buying information,” she said, letting her distaste show. The man’s shoulders slumped. “However,” Irel continued, begrudgingly, “Sol’s light reveals all, and there are few corners of our world darker and more obscure than the Shadowlands. Tell me this truth, and I will judge its worth.”

“Er, it’s something else I saw out in the badlands,” the explorer replied. He could feel the heavy gazes of the Genetrix’s bodyguards boring into his chest. “Well, something beyond ‘em, really.”

Beyond… the word echoed in Irel’s ear. “What did you say?” she asked intently, leaning forward in her seat. The paladins on either of her shifted, reacting to her sudden change in tone.

“Er, b-beyond.” The man repeated, stammering. “Many explorers, hardy folk, have gone in there and not come back. But I’ve talked with those who have, who went through the deep Shadow an’ survived. We’ve all seen the same thing.”

“And what is that?” Irel breathed.

“A new land,” the explorer said, his voice hoarse. “Another place. It looks like home but… not quite. The being I met couldn’t speak our language.”

“These… beings,” Irel asked, her eyes narrowing, “these people. Do they have a name?”

“Yes, miss,” the man nodded, “the Xulta. We think that’s the name of the place too. Best we’ve been able to translate, it means somethin’ like Dawn’s Country…” 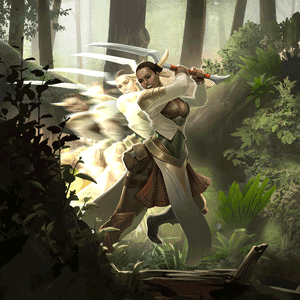 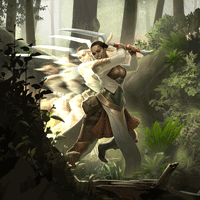 “Dawn’s Country, hm?” Irel mused as she glanced up at the sun overhead. One of her paladins raised their shield to shade Irel, who nodded in thanks.

“The Xulta…” Irel muttered, tapping a finger on the head of her cane. “The word does not appear in our Archives, not a single time. And yet young Vara sent a courier to us months ago, asking after the term.” Irel’s brow furrowed. “Perhaps her disappearance took her farther away than I had realized…”

“These Xulta. Are they a threat?” One of Irel’s bodyguards asked, lowering her voice.

“Reyna,” Irel chided, smiling. “Stalwart as always, but inflexible. I suspect that Sol’s light falls on them just as it does us.”

“We will proceed with caution,” Irel said, standing with some effort. Her hand shook as Reyna helped her to her feet. “Reyna, please pay this ma—”

She awoke a moment later—or so it felt—but her vision was still black.

Did I faint? She wondered. No, this is… something different. Her cane was gone, and she struggled to stand in the middle of an empty void. Breathing heavily, Irel looked down. I can see my own body, she observed as she held out her hands, but nothing else.

Something soft drifted down past her brow and landed on her upturned palm. Snow, Irel thought, touching the small grey flake. It crumbled, and as other flakes began to fall around her, Irel realized what it was. Ash. 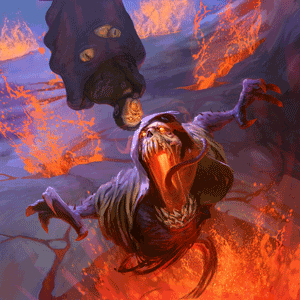 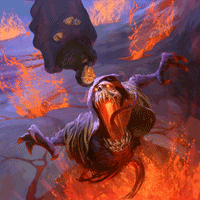 Irel raised her head, and now she could see. She saw a world, her world, below her. She saw forests, cities, and roads, all familiar. Far beneath her feet, Irel saw the steep hills that housed her Citadel, protected it from the elements and prying eyes.

The world below swam with darkness. Shadows teemed across Myria, and as she watched, nightmares poured from tears, rents in the fabric of the world. The Shadowlands. As darkness consumed everything she could see, Irel heard a soft, gleeful laugh. Something was out there. A figure…

As voracious nightmares tore across the landscape, the ground beneath them began to fade, crumbling into ash and dust. Irel felt tears land on her shaking hands as she floated, helpless.

As the dark tide advanced, a spire of brilliant, adamant light erupted from the plains, blowing the darkness back with a thunderclap. The nightmares touched by the light screamed, writhing in agony as they burned. Argenport, Irel realized, that came from Argenport!

Irel awoke to warm sunlight on her cheek and her guard’s frantic cries. “Genetrix? Genetrix! Are you alright?”

Reyna dabbed Irel’s forehead with a cool cloth as the Genetrix groaned. Her head throbbed, and the vision burned in her mind. I can still smell the ash, Irel thought as she tried to sit up. The balcony was empty, Irel’s other guard and the explorer were nowhere to be seen.

“Where—” Irel began to ask.

“Easy,” Reyna murmured, pressing her back into the chair. “Ari has gone for a doctor. Lie still.”

“There’s no time,” Irel snapped. “My cane. Now.” How many deaths did I just witness? In the blink of a moment.

Irel took a trembling breath. “I have seen… beyond. A warning, bright and true.” Reyna’s eyes widened, and Irel continued. “It is not this Xulta we must worry about, but the lightless place in-between.”

“The Shadowlands,” the paladin breathed, her hand falling to the hilt of her sword.

Irel nodded, and felt fear stir in her stomach. “Threads of our world have been undone, and horrors stir in the darkness. Things once hidden…” she trailed off.

“What must we do? What can we do?” Irel heard that same fear creep into Reyna’s words. A world consumed…

Call the Knights of the Order. 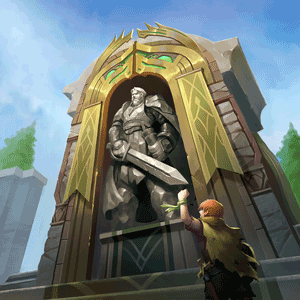 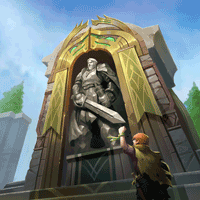 No. Find your community, find your truth, stand for both. That is what she had always taught. Irel set her jaw. “Call the Knights of the Order. Gather them here, in the Citadel.”

Reyna frowned, confused, but a thunderous look from Irel silenced any questions. “Yes, Genetrix,” the paladin said, nodding, and pushed Irel’s cane into her hand as the older woman shoved herself to her feet.

“The Order was wounded when the Mad Mage took what he wanted in Kosul,” Irel said bitterly. “I cannot stand by and watch our world be corrupted further.”

Squaring her shoulders, Genetrix Irel IV looked up at the bright bronze walls of the Citadel.