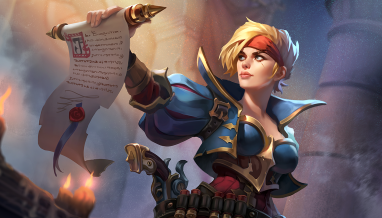 The sky was dark when Nevar rose. The early morning was quiet, for Xulta. Insects buzzed, frogs chirped in the jungle, and the early gryffyn calls echoed over the cliff. 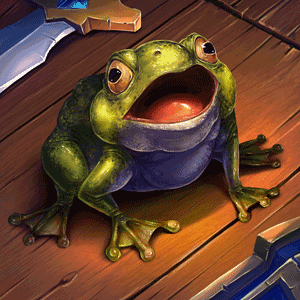 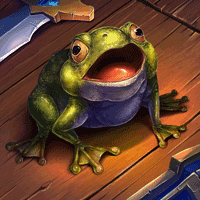 She slipped out of bed, careful not to disturb her family, and pulled her hunter’s cloak over the line of pale amethyst embedded in her arm. Her bow hung on the stone wall near her dwelling’s entrance, and she took it as she left. Its yew arms were nicked and notched from many hunts, but gleamed with a legacy of careful repair. The weapon had been her father’s, and his uncle’s before that. Nevar was now finding herself teaching her son how to hold it properly.

Stepping outside, she took a cool lungful of air. It had rained during the night—a gift from Linrei in the long, hot summer. The village was carved into the side of vast cliff, and the jungle below was hidden in thin, misty clouds. Bow slung over her shoulder, Nevar took the winding path down to the forest floor. As she did, she raised a hand to feel the cool night air, and sent a prayer to Kodosh.

Sol had created the Ancestors. Then the Ancestors had birthed and taught the people of Xulta. This made Sol jealous, and they attempted to scour the world in flame. The Ancestors had fought their parent to a standstill, leaving Sol injured and vindictive. Every morning, the eagle-headed Ancestor Kodosh walked the wind to entreat Sol to rise again over Xulta. Every day, the sun returned, sullen and red.

Now it is worse… Nevar found herself thinking. The outcasts, the dragons… she shivered and pushed the thought away. That was a problem for the Listeners. She was a hunter of Makkar. Her village would go hungry if she was distracted by worry.

As she entered a small jungle clearing, three other hunters stepped out of the pre-dawn shadows. Her pack. The one nearest to her, an oni with chunks of smoky quartz showing on his shoulders, gave her a nod.

Hunts in Xulta could be dangerous. 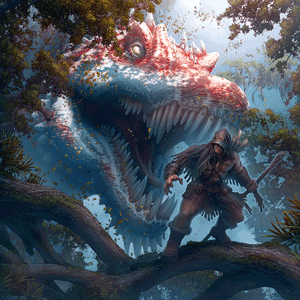 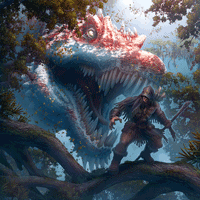 The other two were silent. One, Jedda, wiped a smear of blood from the gem tattoo on her lower jaw. Nevar noted the rabbit carcasses hanging on her hip. Her snares must have been successful. When killing for food or survival, Xultans took a mouthful of their prey’s blood as a tribute to Makkar, the she-wolf Ancestor whose own blood bound every Xultan together. Anyone who slew one of their own kin, who spilled the blood of Makkar, was banished from the Ancestor’s sight.

“We’ll check the remaining traps,” Nevar said, addressing her friends. “After that, split up and scout for bigger game. Call out when you find something. Go quietly, and Grodov grant your blades strength.”

Tharik snorted, his hand dropping down to the heavy, curved khopesh on his own hip. Nevar smiled. Tharik had undertaken the Trials of Grodov three times, most recently donning a blindfold before his fight to further glorify the Ancestor. His competitive streak made him a stubborn hunter, always working to bring down larger, more dangerous prey.

“Go,” Nevar said, pointing with her bow. Her pack nodded and, one by one, melted into the Xultan jungle.

Sol was high in the sky when things started to go wrong.

Nevar’s hunt had been unsuccessful. Her first quarry—a fat bird of paradise with emerald plumage—had been stolen, ensnared by a coiling mandrake. After that, she had chased a deer straight into Tharik’s ambush. He had been the one to make the kill, grinning smugly.

Frustrated, Nevar had been ready to turn back when she had noticed something on the muddy, leaf-strewn ground: a footprint. Her hunters wore leather on their feet as they moved quietly through the jungle. This impression was larger. And deeper, she observed, something heavy…

Then she heard voices. Rough, loud voices, coming her way. What words are they speaking? Curious, Nevar retreated into the thick foliage. 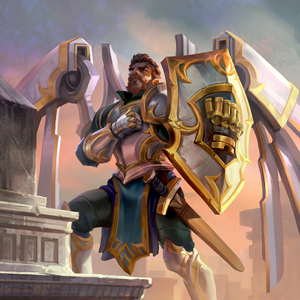 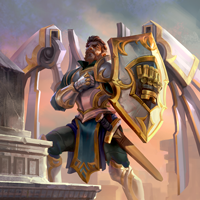 It wasn’t long before she heard footsteps, and a small group neared, crashing through the undergrowth. Many wore heavy, gleaming armor, and one figure had a pair of silver wings! Nevar’s eyes widened. Whoever had crafted such items was truly inspired by Shavka!

When the metal-winged man spoke, she did not understand the words, but his dark scowl was clear enough. “I don’t like this place. The forest is dark and I swear I saw one of those vines grab at me.”

The woman at the head of the column paused and turned. Nevar watched her shove pale hair out of her face and grimace.

“For the fourth time, Lerenn, shut up. We left the Shadow less than a day ago and don’t know what dangers this place holds. Keep your wings down and your mouth closed. That is an order.”

The winged man growled, but backed down. “Dawn’s country huh?” He muttered, crossing his arms. “Bah.” He dropped to the ground and began to follow, wings held close against his shoulders.

The woman rolled her eyes—an expression that transcended language—and turned to continue walking. As she passed Nevar’s hiding place, the hunter noticed the butt of a weapon slung low at her hip.

This is… something new. Nevar realized, breathing shallowly as the winged man passed less than five feet away. He glowered, fists clenched as he marched.

This is something… dangerous. Nevar decided, glancing up to the angry light of Sol overhead. I need to learn more before I send word to the Listeners.

The caravan had been heading deeper into the jungle—away from the village, thankfully—for over an hour when Nevar heard one of them shout and point up at the trees. A figure leapt from branch to branch, and she had to stifle a gasp when she recognized it. Jedda!

“Looked like an elf!” A scout at the front of the line called shakily. “Jumped from the brush! Took a swipe at me with some kind of blade!”

“After it!” The man, Lerenn, shouted. With a metallic screech, his wings unfurled and he leapt into the air, hurtling after the fleeing hunter. 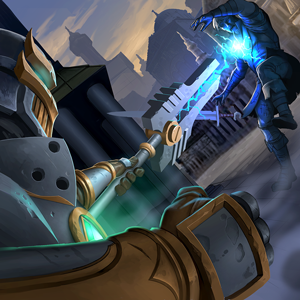 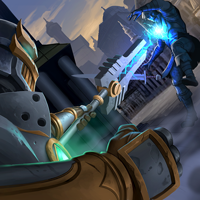 “It attacked us first!” The man snarled, not slowing down. Nevar saw him draw a heavy baton that hummed with dangerous energy.

Nevar was already running through the forest, trying to keep up with the pair. Jedda was quiet, a good trapper and scout, but she startled easily. If one of those strangers had gotten too close… Nevar heard the woman call out again, but her voice was faint.

Ahead of her, Nevar saw the jungle thin—a clearing! She watched her friend vault from the last branch, the winged man close behind her. Jedda turned her fall into a roll, but as she came up, her foot caught on an exposed root and she went down, crying out in pain.

Nevar made it to the edge of the clearing in time to watch Lerenn dive, his weapon crackling.

Jedda twisted out of the way of his first swipe, and parried the next as he wheeled around and dove at her again. Jedda snarled, her jaw covered in blood from other successful kills, and Nevar saw the man’s eyes widen in sudden fear.

“Stay back!” He bellowed, and swung his weapon. It caught Jedda’s wrist with a snap of bone, and her dagger went flying. Nevah saw her friend bite back a scream as she tried to push herself to her feet. Teeth bared, Lerenn raised his weapon again.

Nevar’s bow was already in her hand, and she gripped the shaft of an arrow, ready to—

A crack rang through the clearing, and one of Lerenn’s wing’s exploded in a shower of sparks. The man fell to one side with a shout, suddenly off balance.

An acrid smell filled the clearing as Clodagh stepped into view, her smoking pistol held in the air. In her other hand, she held a small scroll of paper.

“Make a move, any move at all, valk, and I blow the other wing,” she said. 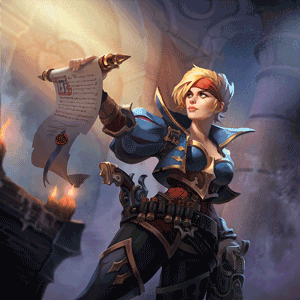 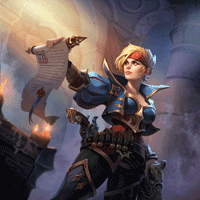 Lerenn pushed himself to his feet. “How dare you,” he spluttered. “That… that thing attacked us!”

Clodagh’s eyes flicked to Jedda and back. “Look at her. She’s spooked, that’s all. You sure didn’t make a good first impression.”

“She struck a member of the expedition, we should execu—”

Clodagh cursed and planted a foot on the valkyrie’s chest. Kicking him to the ground, she shook the scroll in his face. “See this? This slip of paper, this charter, means that our expedition bears the authority of the Throne. And them what sits on it made it very clear: no killing. You don’t want to start another war, do you?

Clodagh lowered her gun, and leaned in to hiss. “Now, I ain’t a marshal, but this here paper gives me full right to clap you in irons for what you just did.”

The valkyrie scowled. “But Clo—”

“No buts!” Clodagh roared. “I didn’t survive Rolant’s hellfire and a Kosul winter just to have you ruin my expedition. You aren’t the first iron-fisted valk I’ve shot down. Got it?”

Nevar’s heart was still pounding. The woman had stopped the man, her own pack, to save Jedda. She swallowed. Perhaps…

Carefully, she slung her father’s bow back over her shoulder. There was every chance this could go wrong. But it might not… Overhead, Sol tinted the sky a bloody red. They were wounded, furious and fading. Xulta does not need more enemies…

Nevar stepped into the clearing. As she did, she felt the eyes of every person turn to her.

Slowly, she smiled, and opened her hands in greeting.