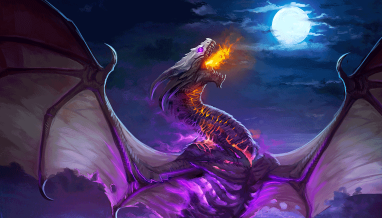 The lives of dragons eclipse the age of man. The most dangerous of their kind are not the winged, slavering beasts that prey upon the unwary, but rather those who are aware—for those dragons remember.

Voprex remembered a time before.

The great wyrm could still feel it, sometimes, if he flew high above the land and the jungle and the clouds. Where Sol’s first dawn light touched the horizon, it was there. A hint of the Xulta he remembered.

They hunted as they pleased. 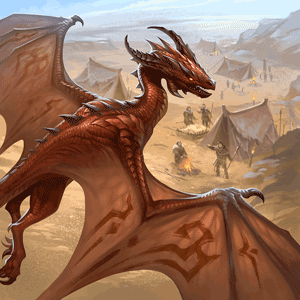 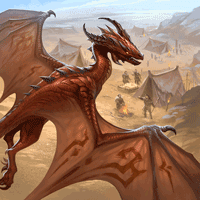 In the beginning, when Sol glowed with a golden calm, dragons ruled Xulta. The sky was their domain, and the great mountains their roosts. Lesser beings, large and small, fought to survive in the jungles below. The dragons preyed on them, crashing through the canopy to carry them away, and back to their young.

It was as it should be, Voprex thought, feeling heat on his wings as a large wooden lodge burned beneath him. The prey knew its place. When a dragon landed, most animals would flee, but a few would stay, and offer up the old and the weak, in hopes that the rest of their tribe would be spared. They were often wrong.

Voprex wheeled, rotted mouth opening to unleash another gout of Shadow-tinged flame. A guard tower collapsed, its stones glowing red-hot as they rained down on the Xultan warriors within.

And then… Voprex thought, fury building in his cracked, burning chest.

The prey began to band together. The small families became larger tribes, bringing together many types of prey; all hidden by the jungle as they mastered their skills and mustered their strength. At first, the dragons sneered at their feeble counterattacks. Their arrow volleys bounced off bony hide, and their arcane assaults paled in comparison to waves of dragonfire.

The assaults were a distraction.

As the dragons toyed with the tribes in the jungle, another band of prey, rallied around their elders, did something unthinkable. 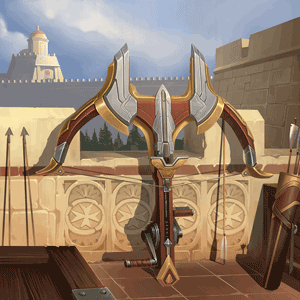 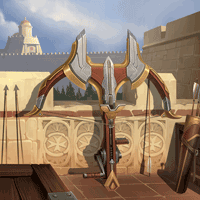 The prey began to push back.

The tribes, no, the Xultans, were organized. Gems glittering on their skin, empowered by tales of their self-righteous Ancestors, they struck at the dragons. They fortified, building stone towers into once-uncontested skies. They trained lesser beasts, riding gryffyn and qirin into the dragon’s nest to slaughter their flightless young. The dragons fought—oh yes, they fought—but for every armored champion they devoured, for every shaman they crushed, another Xultan would pick up the fallen warrior’s weapon.

No more, Voprex snarled as the city burned beneath him. The screams and foul smoke that rose on the wind were delicious. He circled, wings cutting through the thick air. With another breath, he sowed fire among the ruins. Turn the streets to slag. Leave no survivors.

The dragons were hunted. 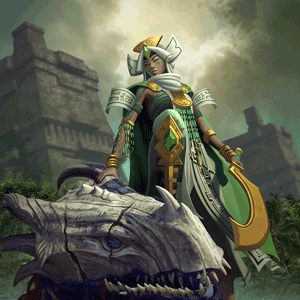 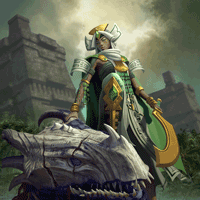 As the Xultans grew bolder, the dragons tasted something new. Fear.

They flew in packs, scanning the sky for attackers rising through the canopy. They moved their nests underground, into hidden caves and vast caverns, and retreated to noxious swamps. And they began to fight amongst themselves, fear and proximity making them lash out. Heavy claws pierced scaly hide, as dragons tore each other apart in the skies over Xulta.

The forest beneath Voprex was quiet as he flew through the night. On the horizon, the Xultan city smoldered. How many dead? Thousands? Not nearly enough.

Beneath the red sky of a wounded sun, the Xultans had hunted dragons. Their elders, twisted creatures called Listeners, invoked tales of heroism to inspire their people. Voprex remembered the shame of hiding, his great bulk pressed down in the mud of a fetid wetland, breathing the stinking swamp air, when he heard footsteps coming through the muck. As they grew closer, he had roared, his head rising like a snake, ready to—

They were forced to hide. 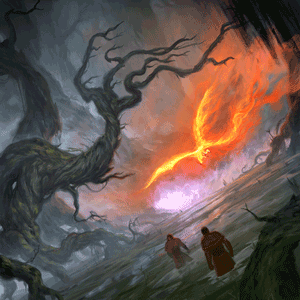 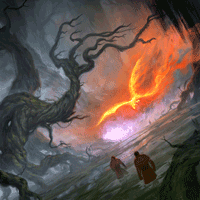 But the figure before him had been no warrior. She wore simple robes, and a mask of blackened bone. Dragon bone.

“You dare,” Voprex hissed at the stranger, flame gathering in his mouth. But instead of fleeing, or drawing a weapon, she knelt in front of him, head bowed.

“Sol is wounded, but still rules overhead,” the woman intoned. She raised her head, looking into the crackling dragonfire. “Will you cower in the mud, or will your flame burn bright?”

Voprex let the fire dwindle. She did not move like prey. She seemed… unafraid. “Speak quickly, or I tear out your heart” he growled. The woman nodded.

“There are those of us who honor the old ways. The dread and awe we felt when your kind landed among us.” Her eyes narrowed. “Sol would have scoured Xulta in flame and begun anew. I wish to see that work through.” 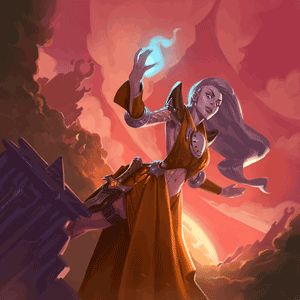 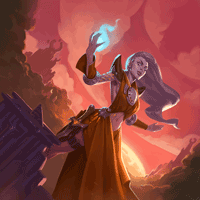 “The Listeners and their visions of Xulta are a spreading delusion. Their blood family,” she spat the word, grimacing, “no longer know fear. In their boldness, they exile any who questions their order.” She looked up at Voprex, fevered eyes shining. “As Sol’s life wanes, shadows creep in. There is power in the gathering dark. Let me and mine worship you, give ourselves to you, and return the power you once held.”

She smiled. “And then Xulta burns.”

Voprex and Nahid sought the surviving dragons together.

“The Listeners and their ilk would finish the work their ancestors started and end you all,” she would preach, standing on Voprex’s spine-studded back. Many dragons listened to her, and even more obeyed Voprex. They had seen what happened to those who challenged him.

Nahid brought the witch with her, and others that prostrated themselves in front of the dragons. Voprex was the first to feed, and taste this new, dark power. As the flesh sloughed from his bones, he could feel something new flowing through him. Strength, he thought.

A blessing from Sol, she had called it. It hurt.

No! Voprex roared, refusing to succumb. Flame flared, shining through the cracks and tears in his mottled hide.

“The Xultans believe that this world is theirs!” Nahid had crowed over the noise. “They hope that you will be defeated, gone, slinking away like worms through the muck!”

“Then we will slaughter their hope,” Voprex snarled, and Shadow-infused fire illuminated the night like a second dawn.

Voprex remembered. Soon, so would they all. 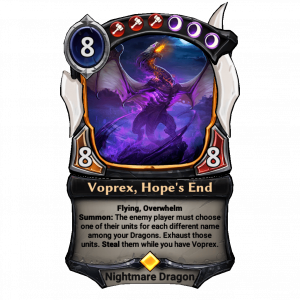