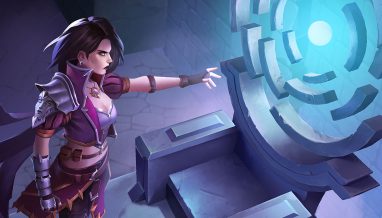 Chapter 41: Whispers of the Throne

Four squabbling voices. Children who found a blade in the darkness, and now think themselves warriors. They argue below me. Doubt, anger, and—yes, fear. Let them deny it, in their pride. It will consume them all, in the end.

Vara is halfway down the torch-lined hallway before Eilyn calls after her.

“Vara.” It isn’t quite a command, but her tone carries the familiar weight of a Clan Mother turned Queen.

Vara pauses, but does not turn. Talir and Kaleb have gone, leaving mother and daughter alone as night falls.

“Rethink this,” Eilyn continues, her voice hard. “This isn’t our way.”

Our way. Her mother may rule in Argenport, but she has never understood it. “We aren’t doing anything,” Vara snaps, “that’s the problem. We ignore the world outside our walls.”

Eilyn sighs. “That’s not what I mean.” The queen runs a hand through her hair. She sounds tired. “You look so much like him.”

Eilyn nods, “You have the set of his jaw, the iron in his gaze. And you hold yourself like he used to.” Her tone grows wry, “Both so sure that you are right.” Vara opens her mouth to reply, but Eilyn holds up a hand with a sad smile. “Let me say my piece. Then I’ll leave you for the night.”

“The first time I brought the Clans to Argenport’s gates, I came as a warrior. Argenport had great stores of grain, and vaults filled with more wealth than any dragon’s hoard. With the Clans united and our serpent riders leading the charge, we were strong. Strong enough to take what we wanted. Caiphus met us on the battlefield, and saw that. So he made me a different offer.”

We are stronger together. 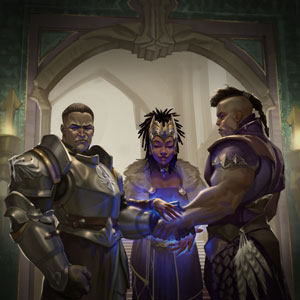 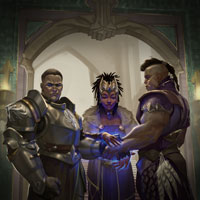 Eilyn is far away, in the past. “We are stronger together. That’s what he said. The same thing I had told the Clans when they rallied to my banner. The same thing I told this city when I took my throne a second time. It’s still true. For our city, our people… and for the four of us who remain.”

She turns her gaze to Vara once again. “Your father claimed the Throne’s power by himself, as his by right, and disaster followed. This isn’t a decision to make alone. We are stronger together.”

Vara stares at her for a long moment. With a single nod, she replies, “I will consider it,” and turns to leave.

Torches gutter. The old Queen is drained. I reach for her and the shadows sigh. Your child is lost to you. You cannot save her. And in her heart she knows it to be true.

As Vara makes her way towards her chamber, she is intercepted by a messenger in gleaming mail. “Lady Vara,” he says with a shallow bow, “your aunt wishes to speak with you.”

Vara rolls her eyes. “Very well. Let’s get this over with.”

I have seen Beyond. 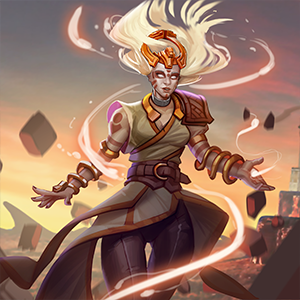 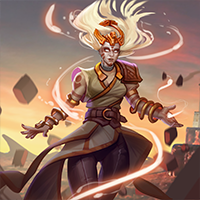 Talir’s study is a mess of dusty scrolls and scribbled notes. Her father’s ageless sister floats gently above a chair piled with books, eyes closed in meditation.

“The Throne is too dangerous,” she says, bluntly, without opening her eyes. “And you are not as strong as my brother was.”

Direct. Vara had never been close to her aunt, but she always appreciated her bluntness. “I am not afraid.”

Talir shakes her head, the dismissive gesture of a scholar and teacher. “This isn’t about bravery, child, this is about survival. When I went into the Waystone I was not afraid. But I should have been…” Her voice is dreamy. “The Queen of Glass awakened me to a sliver of reality, like the ending of a dream—where you know yourself to be dreaming, but have not yet awoken…”

Her aunt had always been fond of cryptic prophecies, too. Vara was not in the mood. “The Queen of Glass, was it?” 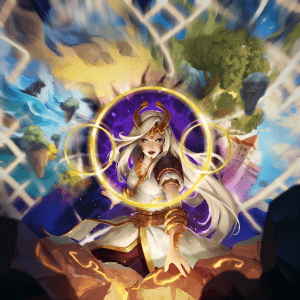 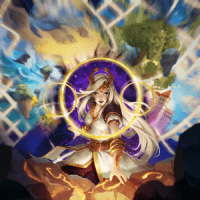 Talir’s eyes fly open, glowing with pearly light. “Have I not introduced you? No. Perhaps that hasn’t happened yet…” The light fades, and Talir drifts downward, displacing the stack of tomes as she settles wearily into her chair. She seems an old woman now, and tired beyond her years.

Talir blinks up at Vara, with kind, confused smile.

Her mind is a tangled briar of what was and what will be. And she is caught, caught in the thorns of her own discoveries. I whisper, Do you remember? Do you remember what happens next?

Slowly, Talir turns to Vara and says with quiet concern, “No. I’m trying, but I can’t.”

“Can’t what?” Vara has had enough of Talir’s wanderings for one evening. “I’m turning in. We can talk in the morning.” She hesitates, then reaches out to squeeze her aunt’s papery hand. Talir does not notice when she leaves.

The Throne room is dark as Vara enters. Silent, until someone laughs.

This one puts on a good front, but it is a lie. 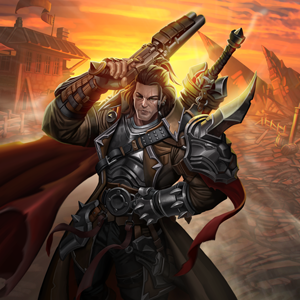 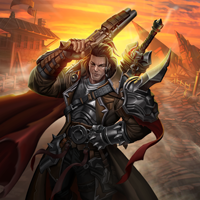 Kaleb. Sitting on a step below the Throne, a flask held in one hand. “Are you here to try and talk me out of it too?” she demands.

“This is a time for action. You and I both know that,” Kaleb replies. “We need to be bold. To use what we have, not to hide like old women in a tower.” He rises, pulling back the side of his duster to let his hand rest near the grip of his shotgun. “If you’re up for doing what need being done, stop talking about it and get on with it.” His eyes flash, and his voice loses the friendly tone. “And if not, there’s others better suited to this life. Others who were born to it.”

Vara’s voice goes cold and quiet, “Is it finally time?”

Kaleb gives her an easy smile, chuckling as he rises. “Haven’t you heard? We got plenty of time until the world goes dark.” He swaggers past her, and out into the night.

He stalks the corridors, seething. Why should it be her? I murmur. You were first. You were made for this…

I reach for his heart, but it is closed to me? His rage is not the anger of an overlooked son. He is… more than that. And less. He is fascinating.

And then Vara is alone in the throne room. There is hunger in her eyes as she looks up towards me. In the silence, I speak for the first time since arriving in this place. My voice indistinguishable from the secret thoughts pounding in her brain.

He is weak. He has not survived half of what you have triumphed over. None of them have… 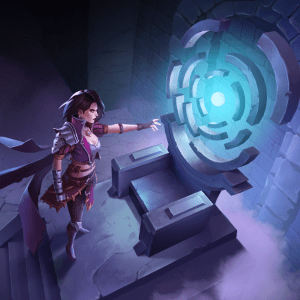 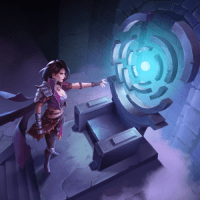 Vara blinks, head tilting as she finally hears me. In a flash, her face darkens, and her eyes glow with a dangerous light.

“I will not be manipulated. Never again.”

Striding up the steps, the shadows seem to twist around her. She commands them, drawing in her rage as she reaches out towards me. I grin. Yes.

“No,” she snarls. “This is my Throne. On my terms. And neither you nor any of them will deny that to me.”

The room is bathed in sudden, blinding light as Vara claims the Eternal Throne.

And we are one.