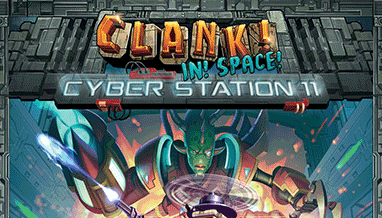 When we set out to design the second expansion for Clank! In! Space!, we wanted to explore the places where the spacefaring adventure differed from the dungeon-delve of the original Clank! With that inspiration in hand, we punched our tickets for Cyber Station 11.

The very first thing we knew about the expansion was that we wanted to bring a new board to the mix, something that would evoke the feeling of a space station and change the flow of movement over the course of a game. There were plenty of iconic real and fictional space stations to suggest a general shape, but there were also some important considerations we had to account for first.

We knew we wanted to stay true to the customizable nature of the Clank! In! Space! board. Specifically, those double-sided modules from the original board (and the Apocalypse! expansion) would have to work with any new board we designed. Committing to that immediately introduced other considerations, which you can see here on one of the original modules. 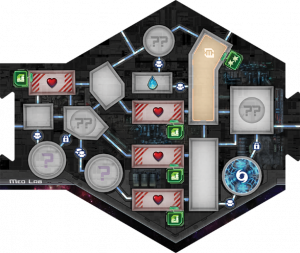 Each of the base game’s modules was designed with four specific paths in and out, and one long side serving as an “exterior wall” (with outer space visible beyond it). Each of these elements would need to match up with the parts of the new space station board.

There was another key reason we couldn’t just make “any shape we wanted”: people need to actually use it. While many dedicated gamers have special tables, and others insert extensions in their dining tables, plenty of players will be trying to fit the game in a tighter space. We didn’t want to do, say, a long and skinny column, or anything that would awkwardly and inefficiently sprawl into the area you need for the adventure row and tokens.

From these useful constraints, we settled on a shape that said “space station” — mostly elliptical with some cutouts in the interior. We then filled that shape with the new rooms and pathways that would define the gameplay. 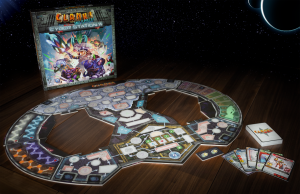 In Cyber Station 11, players would start in the center so they could move into any of the three modules to hack their first data port. And there would be two areas to escape from instead of one, changing the feeling of the endgame race.

Pods Save Us All

The new space station board continued to improve as we playtested and refined it. But we did wonder about the “safe areas” — the sections in the bottom “corners” where you could score points even if you don’t reach an escape pod. Were they a bit too small and hard to reach? Clank! In! Space! is already quite deadly, and while there needs to be some pressure that makes the “press your luck” race feel important, it also needs to be fun and fair. 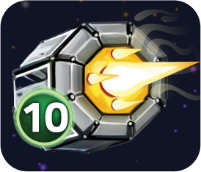 The fact that this was all going into a new expansion gave us the opportunity to address this issue in an interesting new way. We decided to create a pair of new escape pods (eventually named “Executive Escape Pods”) that we’d place much closer to the artifacts — but make worth fewer points. Essentially, the old escape pods would become sort of a “double or nothing” bet: if you’re feeling good about deck and your health meter, you could go for the 20-point escape bonus as always. If you felt at risk, you could take a quicker, easier path out for 10 points.

Of course, you could also choose the 10-point escape pod to leave early and put pressure on slower opponents by pulling cubes from the bag each time your turn comes around. This was an option we wanted the game to present sometimes without dominating strategy all the time. The Rage Track was the way to do it. 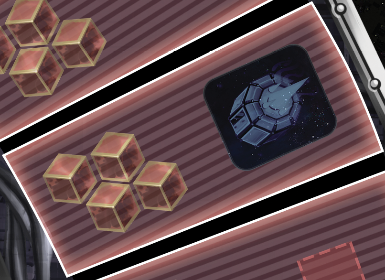 We’d already removed the original game’s blockade token; it just didn’t make as much sense on the more circuitous hyperlift path we’d designed for the space station board. Now we had a spot on the Rage Track we could use for the Executive Escape Pods. They’d come into the game eventually, but a player way out ahead of their opponents wouldn’t usually get the fast escape option (since the Boss marker wouldn’t have advanced far enough on the track).

Of course, Clank! In! Space! is all about competition, and we wanted that to be true of the Executive Escape Pods too. That’s why there’s only two of them, and why they’re on opposite sides of the station’s Command area. Chances are not everyone who might want one will actually get one.

While we knew from the beginning that this expansion would feature a new board, we wanted a new mechanic for the cards too – something that tied into whatever story was actually happening on this station. A lot of ideas were pitched, with some going into the “goodie bag” for possible future expansions. One in particular caught on. (And if you picked up the release promo for Clank! In! Space! Apocalypse! last year, the time-travelling W.H.I.S.K.E.R.S. offered a glimpse of what was to come.) 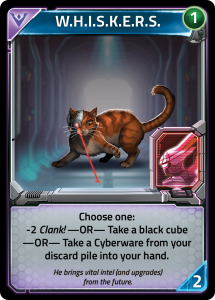 The idea was to create a category of cards that you would play permanently and continue to use for the rest of the game. Part of the pitch was to theme them all as cybernetic enhancements you’d “install” on yourself, to give them a different flavor from the other gadgets and sci-fi weapons that already existed in the game. The idea was even born with its final name: Cyberware.

Still, there were some kinks to work out. The initial thinking was that you’d buy these cards, with Credits instead of Skill. It seemed, though, like that might just be a multi-step way of spending your Swords to acquire cards, robbing Skill and Swords of something that makes them distinct from each other. Besides, it sure would be nice if this Cyberware felt more intrinsically linked to Clank! In! Space! and not something that could just as easily fit in Clank! “classic.”

After a bit of brainstorming, we realized that power crystals could be the answer for Cyberware. Each card would have a skill cost as usual, and be bought and circulated through your deck as usual. But to “install” one (make it permanent), you’d have to give up a power crystal you’d acquired. This felt like a fairly hefty price, especially with other cards already in the game that make you want to find and keep power crystals. So, knowing that you’d pay a lot for Cyberware, it could really do a lot. 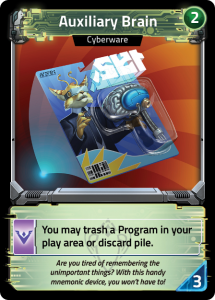 And did it ever! In playtest after playtest, Cyberware had a huge impact on the game. Too huge, at first. Players were more than willing to jump through any hoops to get extra power crystals. Different Cyberware cards looked stronger in different games, but the overall picture was clear: we needed to tone things down a bit. We kept making gradual changes as testing continued, raising the initial skill cost of some Cyberware cards, tweaking how others worked, and even cutting entirely a new mechanic that was really turbocharging the new cards. Eventually, we found the sweet spot where Cyberware felt both fun and balanced, and settled on a range of cards that spoke to many different decks and strategies.

There are plenty of other delights in Cyber Station 11. A new double-sided module, the Casino and Cyber Facility, can be used both with the new board and the original spaceship. Many of the 40 new Adventure Deck cards are completely separate from Cyberware, changing up familiar strategies (and, as always, bringing new sci-fi parodies to enjoy).

Clank! In! Space! Cyber Station 11 will be available in Friendly Local Game Stores everywhere this November. Plot your course and prepare for a new space adventure!