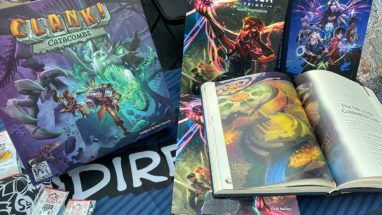 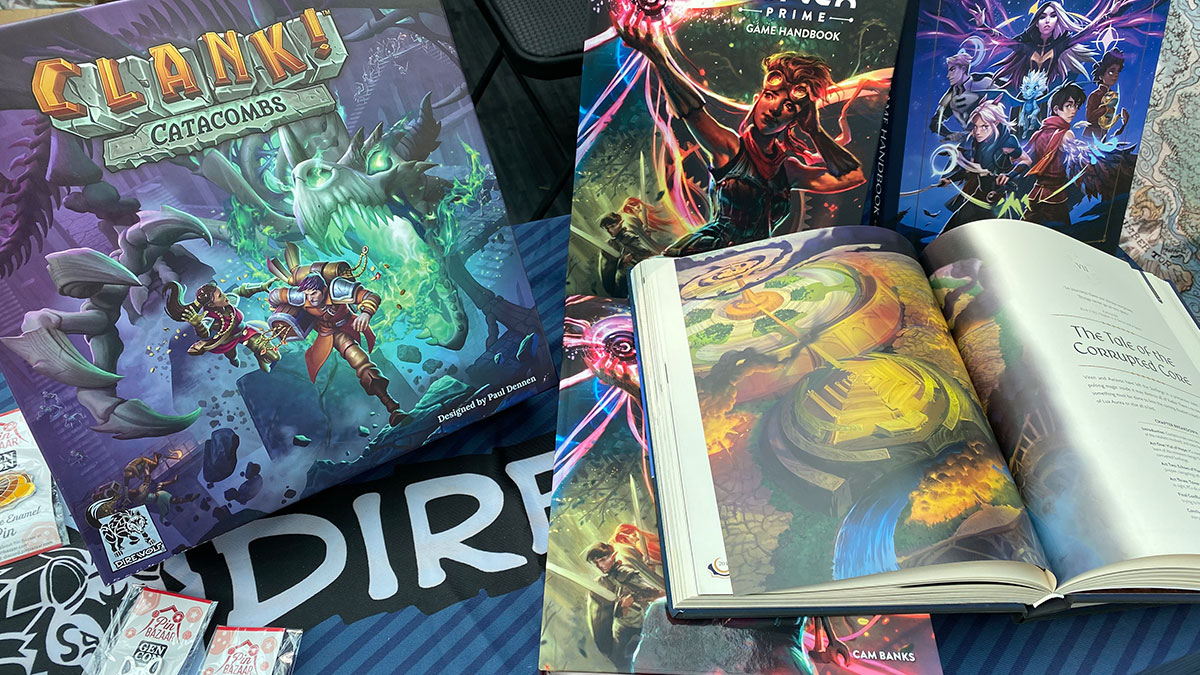 We’ll be in Booth 2523 in the Expo Hall with some exciting new releases!

We’ll have copies of Clank! Catacombs and Dune: Imperium – Immortality available for sale! Learn to play Tales of Xadia: The Dragon Price Roleplaying Game in one of the free events all weekend long, then visit us in the Expo Hall to pick up your book and take the adventure home with you!

We’ll see you in Philly!

Leave the board behind with CLANK! Catacombs, a stand-alone deck-building adventure!

The catacombs of the skeletal dragon Umbrok Vessna are mysterious and dangerous. Portals transport you all around the dungeon depths. Wayshrines offer vast riches to intrepid explorers. Prisoners are counting on you to free them. Ghosts, once disturbed, may haunt you to death.

Each trip into the catacombs is unique, as you lay tiles to create the dungeon. You can play using only the all-new Dungeon Deck, or include cards from previous CLANK! expansions.

Find your fortune (and escape the dragon!) in CLANK! Catacombs.

As the Great Houses wage war, the Bene Tleilax advance their own agenda by trading in genetic innovations. Will you hire Face Dancer spies of unmatched skill? Regrow damaged tissue and organs? Or dare to employ people restored to life as gholas

Immortality expands Dune: Imperium in new directions. Make shadowy deals with the Tleilaxu to harvest genetic specimens. Unlock the potential of scientific research. Graft cards together to empower your Agents.

Explore a universe of possibilities with Dune: Imperium Immortality.

Plus: Learn to play Tales of Xadia in free events all weekend long!

Go down to the dungeon. Kick in the door. Kill everything you find. Backstab your friends. Steal the treasure and run.

Join us for up-to-date information on some great tabletop & digital board games! We’ll see you in Philly!