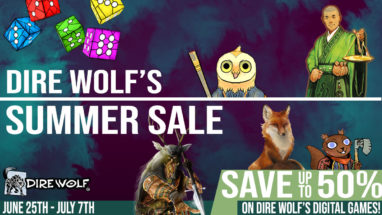 Get out of the summer heat and settle in with some cool digital board games during Dire Wolf’s Summer Sale! We’re offering the biggest discounts ever on our digital titles across all platforms! Check out the sweet, steep discounts on Dire Wolf’s digital tabletop games below! 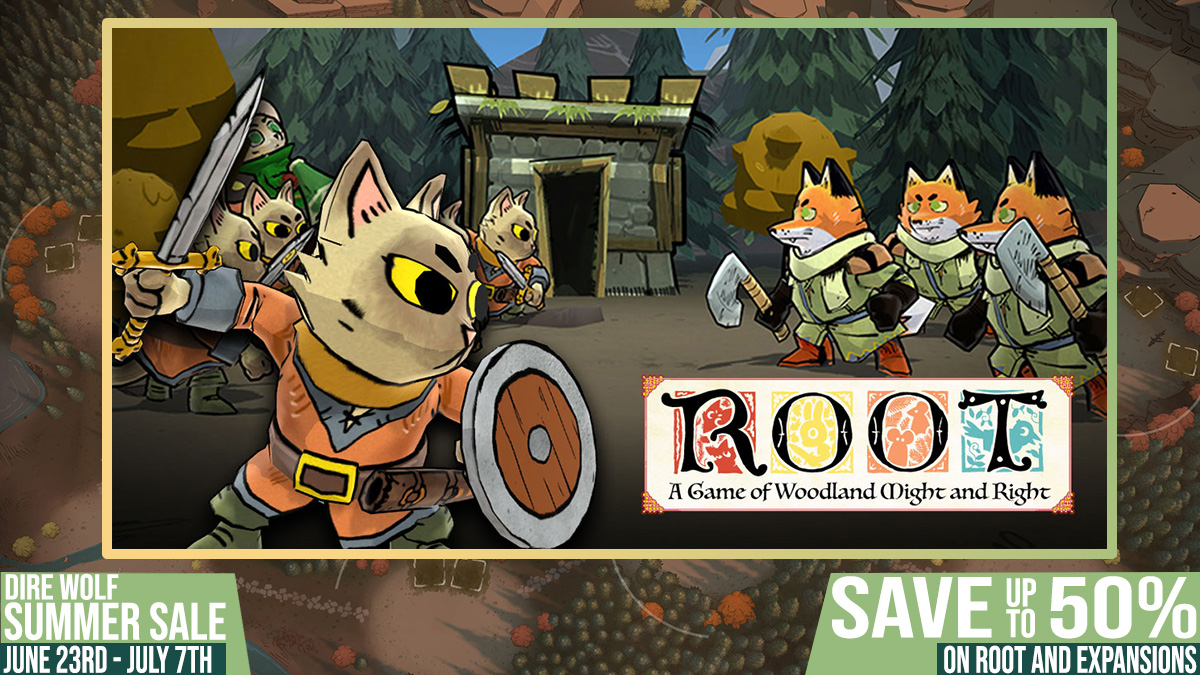 Save up to 50% on Root and its expansions!

Root Base Game 40% off! (Steam, Nintendo Switch, iOS & Android)
Might makes right in the wild wood! The award-winning board game of asymmetrical woodland warfare comes to cross-platform digital play! Combine subtle strategy and bold daring to guide your forest faction to victory!

Root Clockwork Expansion 50% off! (Steam Only)
The battle for the wild wood kicks into gear with the Clockwork Expansion! Four fiendishly automated enemy factions bring new challenges to Root in a customizable alternative to the game’s AI! Can you overcome the mechanical menace and secure your right to rule the forest?

Root Soundtrack 30% off! (Steam Only)
Tap your toes/paws/claRws to the bluegrass woodland jams of the official soundtrack to the hit digital board game Root, Composed by Michael Jason Corder. 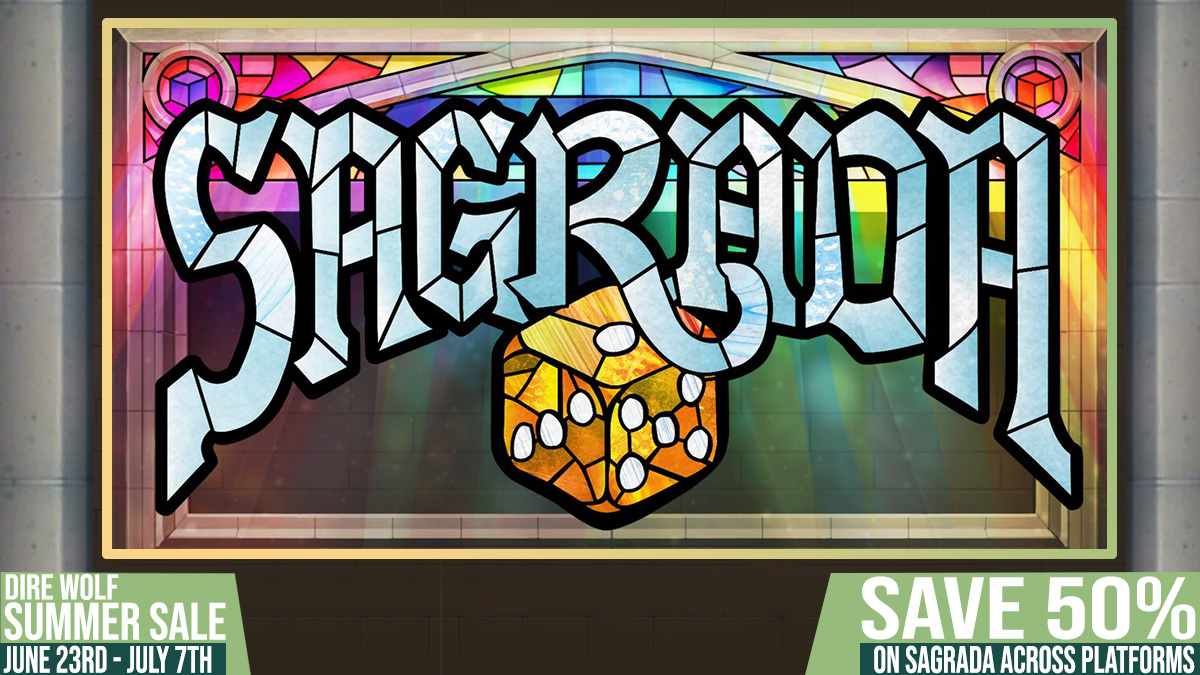 Bring your stained glass masterpiece to dazzling digital life in Sagrada, the dice-drafting board game from Floodgate Games. Take turns selecting colorful dice and placing them in your gorgeous stained-glass window. The artisan who creates the most beautiful window wins.

Sagrada also includes Daily Challenges! This new single-player mode allows the Sagrada community to compete against each other on a level playing field. All participating players will use the same window pattern, objectives, and tools to vie for the top score of the day. At the end of each day, top performing players earn gold, silver, or bronze badges based on their position which will decorate their name on future attempts. 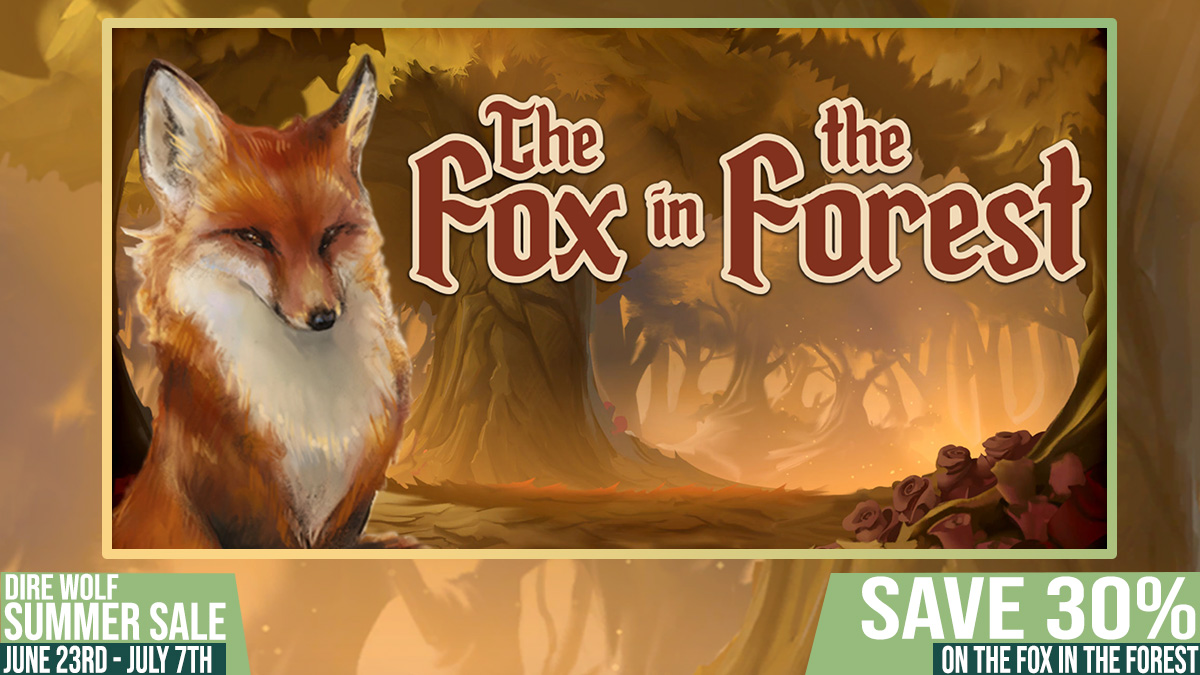 Embark on your adventure into the forest! The Queen has decreed that whoever defeats the monsters will be granted half the kingdom in reward. With the help of the woodcutter, swan, fox, and monarch, you will collect treasures to gain the Witch’s trust. These characters appear on special cards that change up gameplay and can help you to victory.

Outsmart your foes with trick-taking gameplay! In this trick-taking game for 2 players, Play 13 cards each round to win tricks, and score points depending on how many tricks you win. The player with the most points at the end wins. But be careful how many you win, being too greedy can lead to defeat! 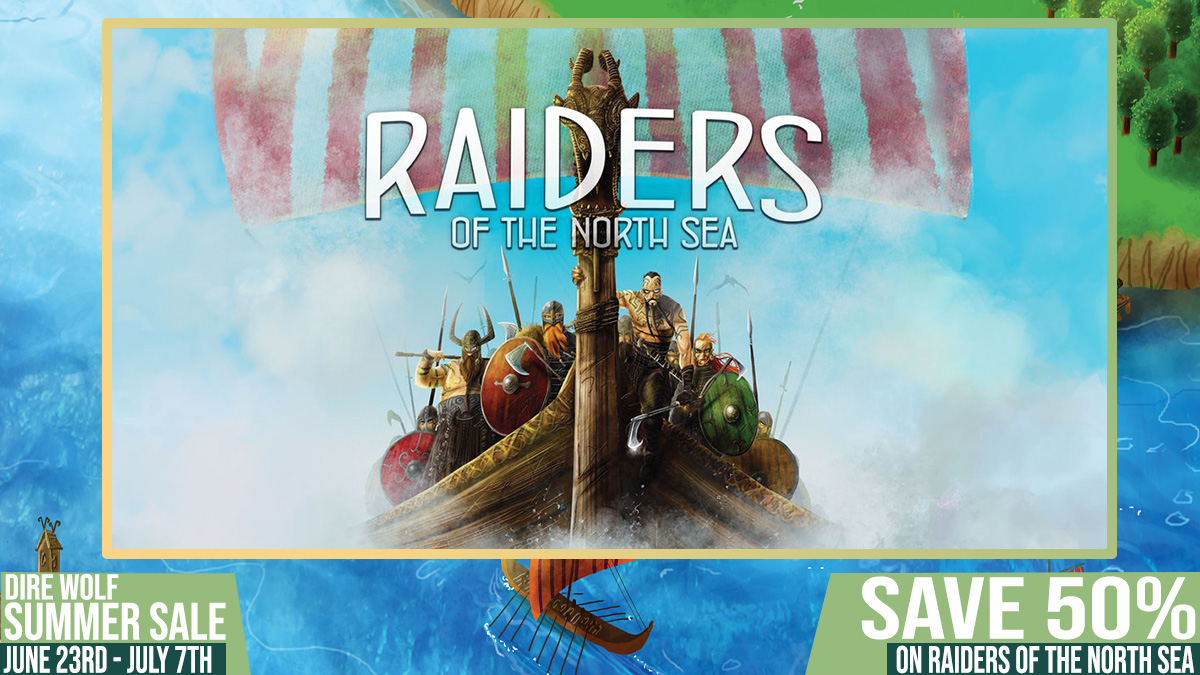 Save 50% on Raiders of the North Sea!

Assemble a crew and outfit a longboat to raid settlements for gold and fame! Impress your Chieftain in glorious battle and win your place among the legends of the North Sea in this digital adaptation of the award-winning board game! 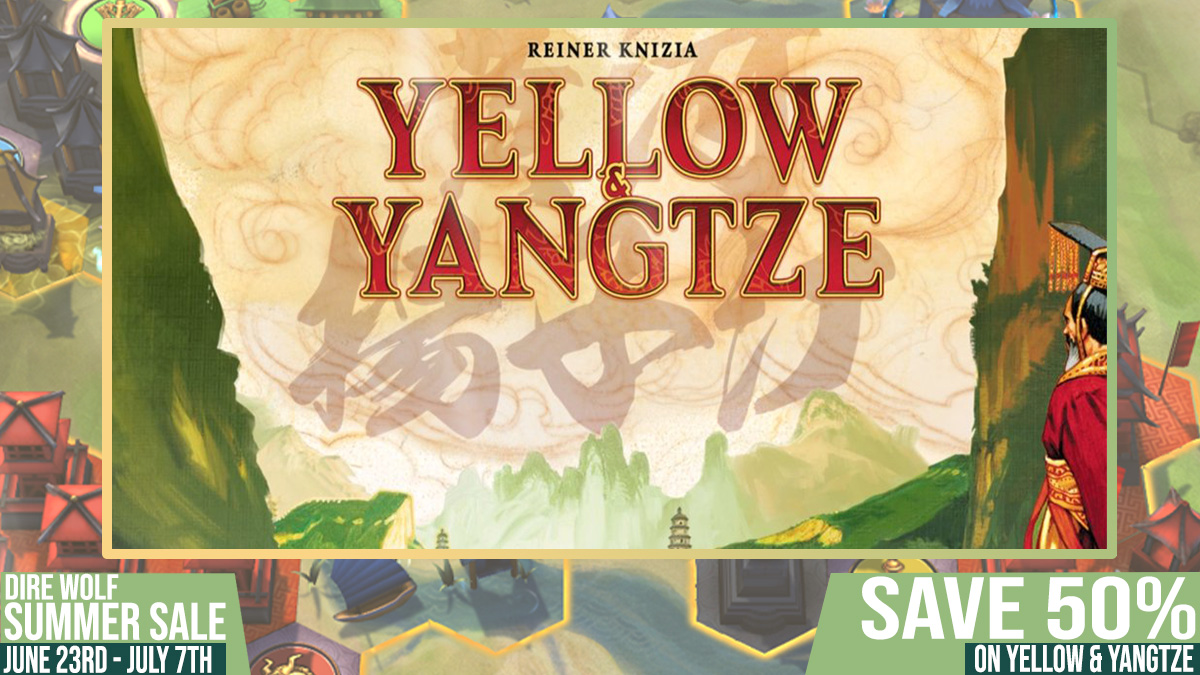 Lead your dynasty to victory in the Warring States period of ancient China in the digital adaptation of the acclaimed board game from Tigris & Euphrates designer Reiner Knizia.

Dire Wolf’s summer sale ends on June 30th for mobile, and on July 7th for Steam & Nintendo Switch! Don’t miss your chance to score big savings on some of the best digital board game adaptations!

And remember to sign up for the Dire Wolf newsletter and be the first to hear about upcoming releases and sales!