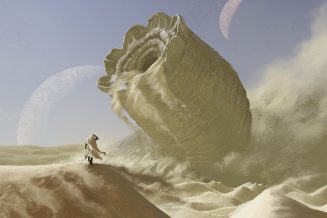 But the important thing is to consider all the Houses that depend on CHOAM profits. And think of the enormous proportion of those profits dependent upon a single product—the spice. Imagine what would happen if something should reduce spice production.
– Duke Leto, Dune

Last time, we got a glimpse of two of the game’s currencies on Duke Leto’s leader card. Today, we’ll talk more in-depth about the game’s economy and how economics can influence politics.

First let’s take a high-level view at the game board and how it represents the Imperium. 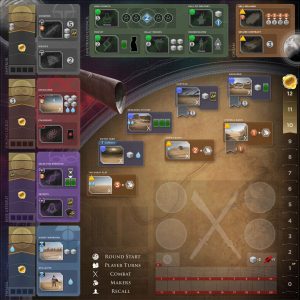 The four political Factions in the game are at the left side of the board:

Along the right side of the board is a Victory Point track that will record your successes earned from military conflicts or political maneuvers.

The rest of the board is dedicated to Dune, the desert planet, and the site of the conflicts that will determine the fate of the Imperium.

The Spice Must Flow

The “spice” of Dune has many and varied uses, but the one most critical to the stability of the Imperium is that the Spacing Guild’s Navigators ingest it to predict the future and safely transport ships and people from one star system to another very quickly.

And the only place in the universe where spice can be found – or harvested – is on Dune. 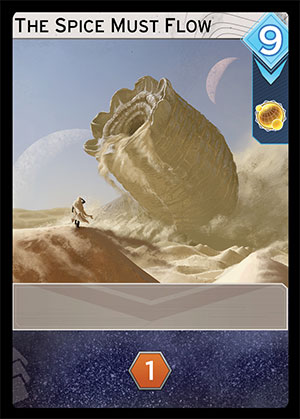 In Dune: Imperium, you’re going to send some of your Agents to harvest spice. When you do that and where you do that is up to you and will sometimes be dependent on your water supplies. Dune is such a dry place that water is incredibly valuable. You could say that on Dune, water is more precious than spice.

So, that leads us to our triad of economic resources that comes into play in the game: 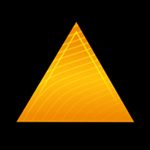 The Spice Trade icon above is the main way commerce touches upon the entire triad of resources. Let’s take a look at two spaces on the board that require a Spice Trade icon:

Hagga Basin is one of the three spice harvesting spaces. To send an Agent here, you’ll need to spend 1 water and you’ll collect 2 spice plus any bonus spice that has been placed on the maker icon. (At the end of each round, 1 bonus spice is added to each desert space that was not harvested.)

Sell Melange is a space in the CHOAM section of the board. Here, you may sell your spice (also called melange) for an impressive amount of Solari.

There are three other spaces on the board where you can use your spice and all three reside within political areas because, in the Imperium, spice is power.

Let’s dive into politics. First off, to send an Agent to a politics board space, you need to use a card with that space’s political icon. Your starting deck includes a card called Diplomacy that has all four icons, but you’ll typically want more so that you can earn more Victory Points in the political arena as well as reap the benefits provided by the various Factions.

Each political Faction may look similar, but they all have their own unique gameplay to get the most out
of an alliance. 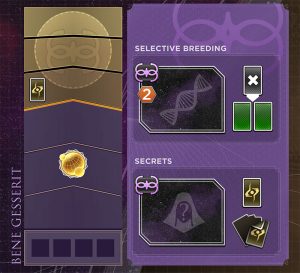 The dynamics of politics are that players typically slowly accrue influence throughout the course of the game. But there are occasionally dramatic leaps up the tracks. One example of this is when a player plays a Power Play card, which allows a one-time “double jump” up on a Faction track. If you’ve got a narrow lead on a political rival who acquires such a card, watch your back! 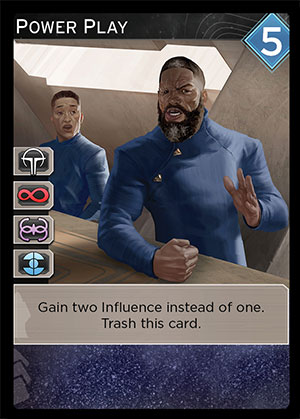 In addition to the Faction track and jockeying for Victory Points, each Faction area contains two board spaces where you can send your Agents.

The Bene Gesserit’s board spaces are called “Selective Breeding” and “Secrets.”

The ethically-questionable Selective Breeding requires you to spend 2 spice. It lets you trash a card from your deck to draw two cards. This can be important so that you can draw your more powerful cards more often. 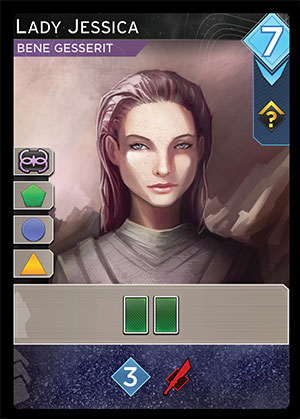 The Secrets board space doesn’t require you to spend any resources. (All four Factions have one space that requires resources and one space that doesn’t.) When you send an Agent to the Secrets space, you’ll gain an Intrigue card (a game component we haven’t covered yet, but we’re getting there soon) and you can steal an Intrigue card at random from every opponent who has more than three Intrigue cards. From a game design perspective, this is an incentive to take action with your Intrigue cards and not to hoard them.

The Dune series has always been fascinating to me because of all the secret plots and the hidden goals that the characters and organizations are working toward behind the scenes.

Because of this, I felt that it was important to include a game mechanic that allows players to keep secrets from one another. The Intrigue deck accomplishes this goal. It is a secondary deck; its cards are smaller than the main “Imperium” cards in the game, you don’t shuffle them into your deck, and you don’t reveal them to other players when you gain one. You simply hold onto an Intrigue card until you want to use it.

There are three sub-types of Intrigue cards:

Whenever I teach the game, I don’t even show the specific cards to players. I just say that they’re self-explanatory and people usually can figure them out just by looking at them, or occasionally referring to the icon guide on the back of the rulebook. Here are a few:

Next time, things we’ll step out of the shadows of politics and head out to the battlefield, as we’ll explore the combat mechanics in the game and touch on part of the secret sauce of worker placement + deck-building.