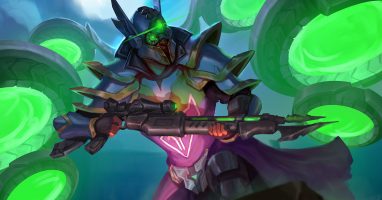 The Valkyrie of the Bastion have made some serious advancements to their technology. The de facto rulers of the skies, they’re responsible for keeping the civilian population in-line in the cramped living conditions, and that means that they need to be able to respond quickly when The Queen of Glass and her Awakened spring up to make problems. 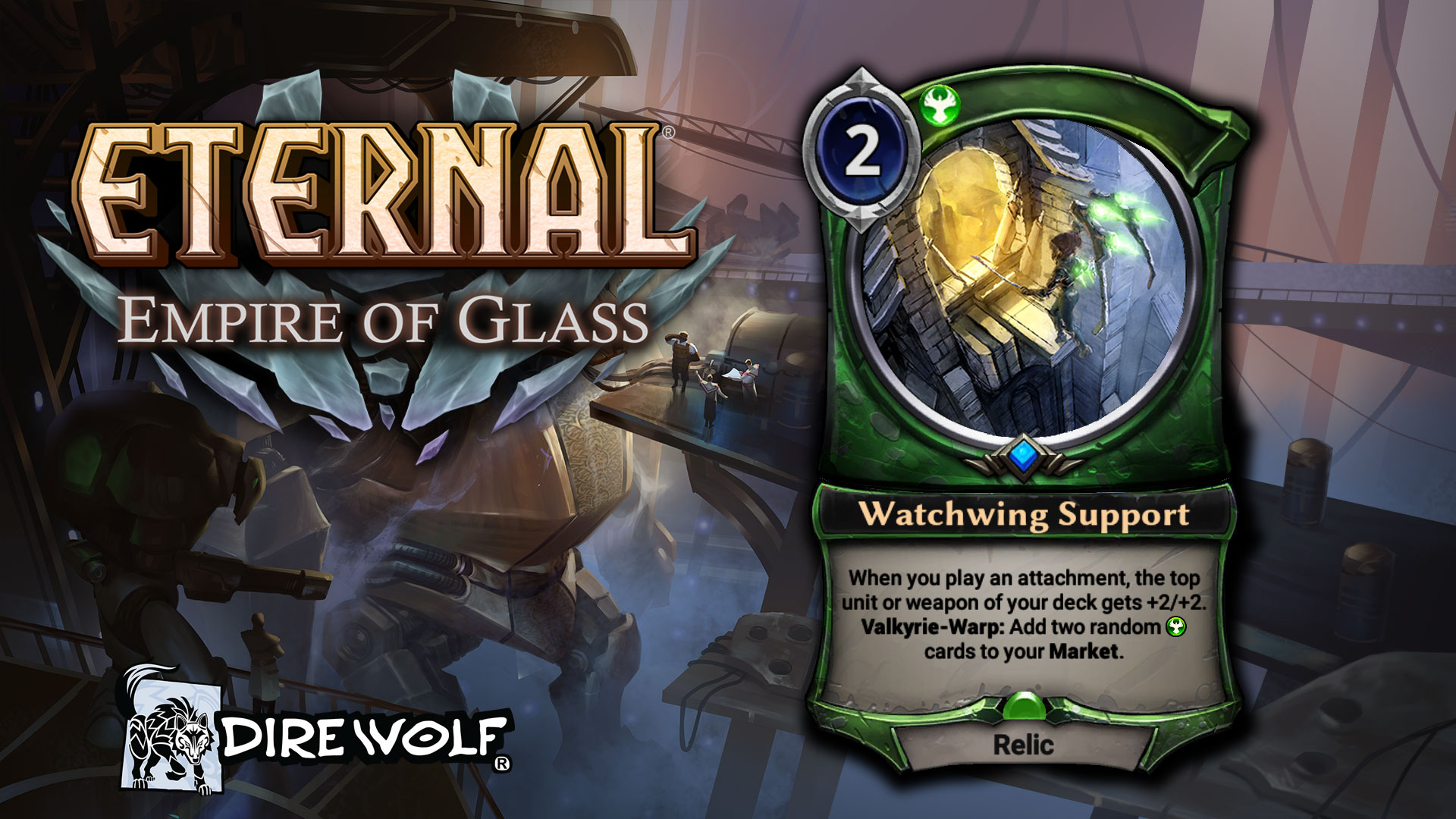 Valkyrie-Warp – If you have a Valkyrie in play, you can Warp cards with Valkyrie-Warp and get a bonus when you play them.

Valkyrie-Warp is a new ability appearing in Empire of Glass. It’s similar in a lot of ways to the existing Warp ability, but with a new twist. As long as you have a Valkyrie in play, you’ll be able to see cards with Valkyrie-Warp that are on top of your deck and play them as though they were in your hand. When you do, you’ll get a nice little bonus; in the case of Watchwing Support, you’ll get to add two random Justice cards to your market for you to pick up later. Valkyrie-Warp still counts as warp, so you’ll get to gain 3 Health with Ancient Clocktower, reduce your costs with Workshop Forge, and stun enemies with Terror on the Mountain. 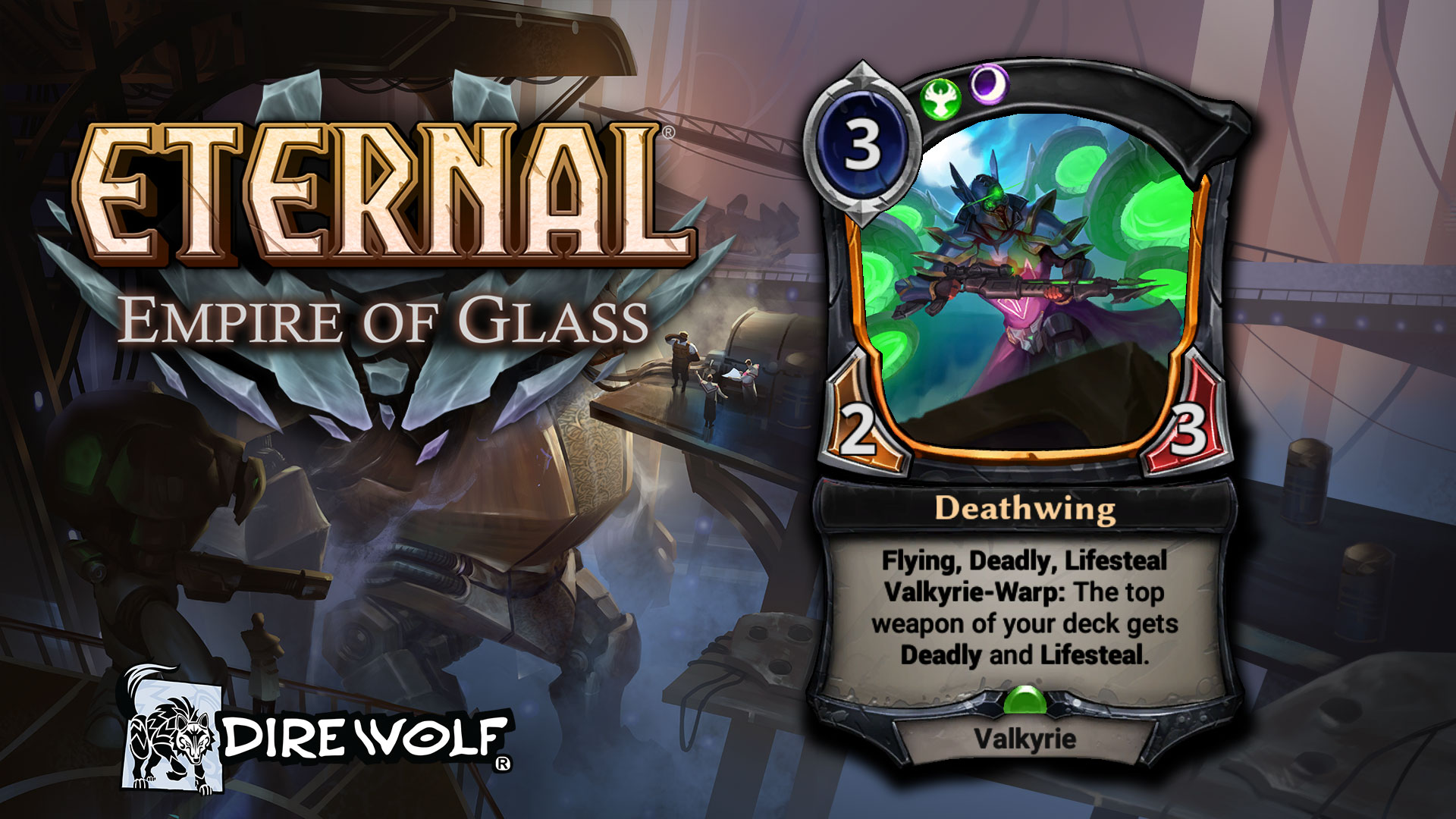 Deathwing is one scary Valkyrie! In-play, a 2/3 Deadly Flying Lifesteal is not to be trifled with, and if you manage to Warp him with another Valkyrie you’ll be able to set up some really nasty weapons for yourself in the future. He’s also a Valkyrie himself, so even if you miss out on his Valkyrie-Warp, he can stick around to help enable future Valkyrie-Warps in the future.

But what kinds of weapons is it good to buff up with Deathwing anyway? Lets take a look at one right now! 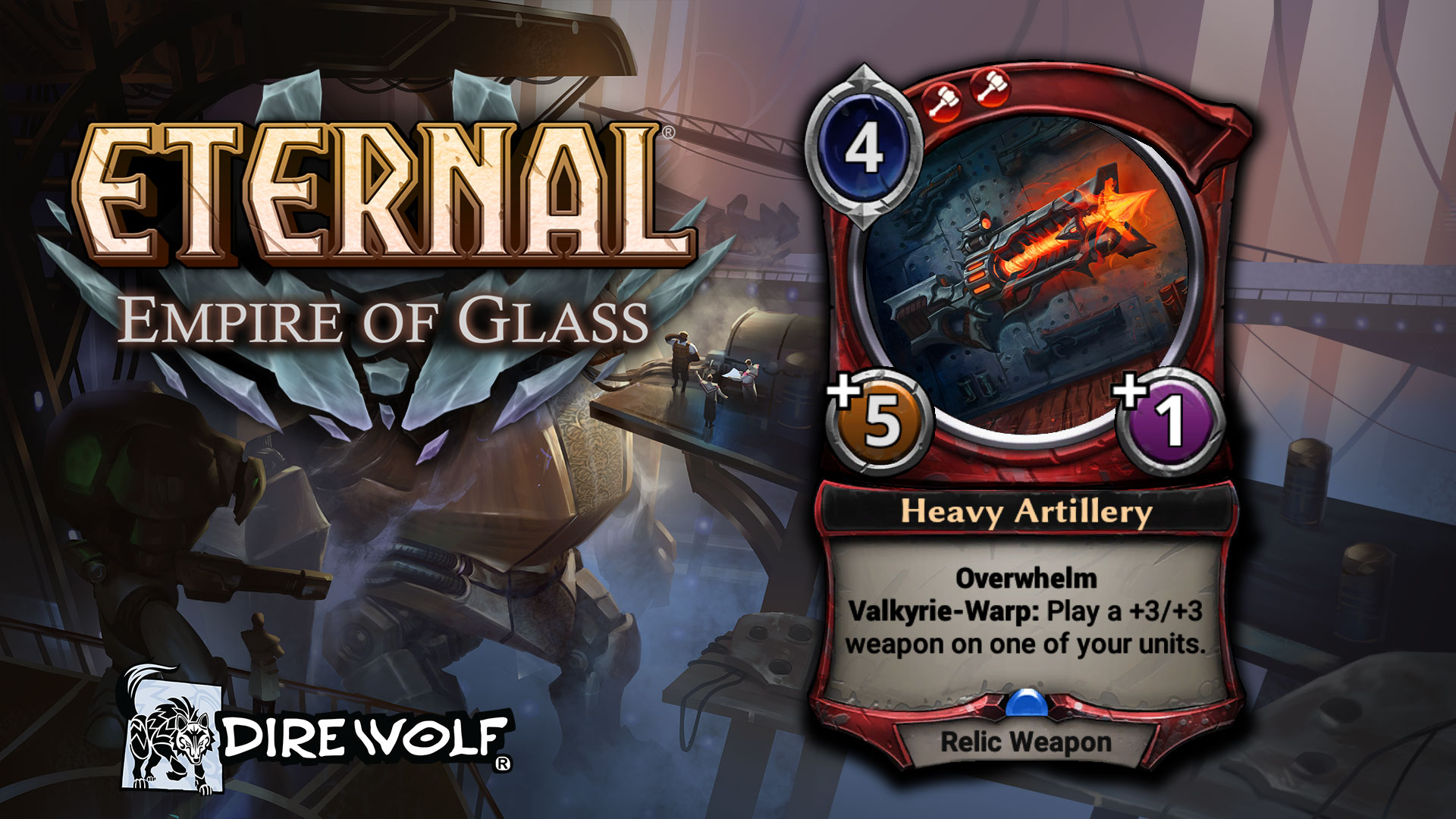 That’s a big gun! While the Heavy Artillery may not be the most durable relic weapon in the world, it hits very hard and will help set you up to make some pretty big attacks in the future if you manage to pull off the Valkyrie-Warp.

One of the great things about Heavy Artillery is that when you Valkyrie-Warp it, you are guaranteed to have a unit to play its +3/+3 weapon on, although you don’t have to pick your Valkyrie if you don’t want to; any unit will be able to grab the weapon.

A fresh spin on an old ability, Valkyrie-Warp makes its debut in Empire of Glass, pick up the preorder bundle today to get the best bang for your buck!