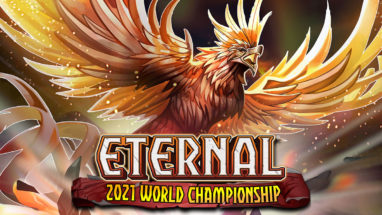 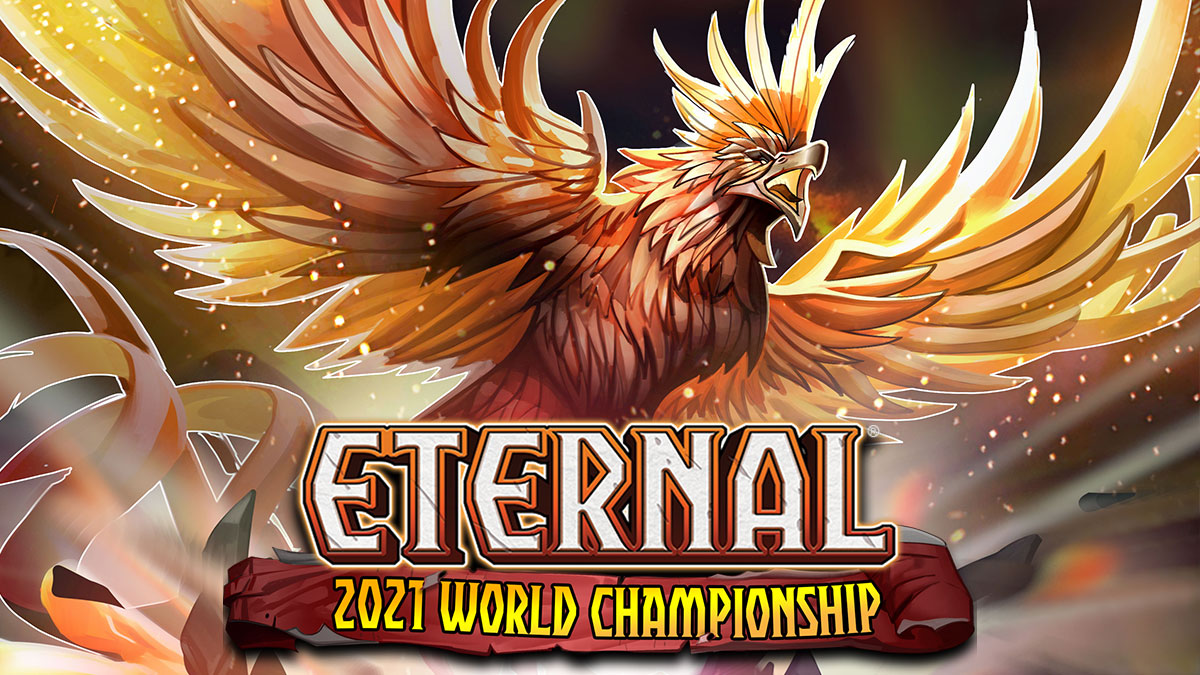 The 2021 World Championship will be held Saturday, February 12th and Sunday, February 13th. This 16-person event will feature all of our competitive formats, Draft, Expedition, and Throne. It’ll be an exciting weekend of live coverage of high-stakes Eternal action. We’ll have more details on the event structure next month.

It’s been a great year of competitive action for Eternal. Headlined by our $5K Opens, each month these open-entry tournaments gave players around the world a chance to compete in high-stakes games of Eternal. Capped off by our Sunday broadcasts on Twitch which returned for the first time since the pandemic to live in-studio. This year we expanded the number of formats available with Draft joining Throne and Expedition. Our nine Open champions will be joining us for our World Championship.

For players looking for even more opportunities to compete, our community tournament series, Tuesday Night Eternal ran dozens of great events over the year. The champions of their two Invitational tournaments are also competing in Worlds.

Along with our reigning World Champion, LightsOutAce, that adds up to 12 competitors for our 16-person field. At the end of the Open season we knew we might need up to four slots for last chance qualifiers. Two of those have already been taken by players (colacoma & phoenix) who hit the milestone of reaching multiple top-fours in our Opens. Bringing the field to this: 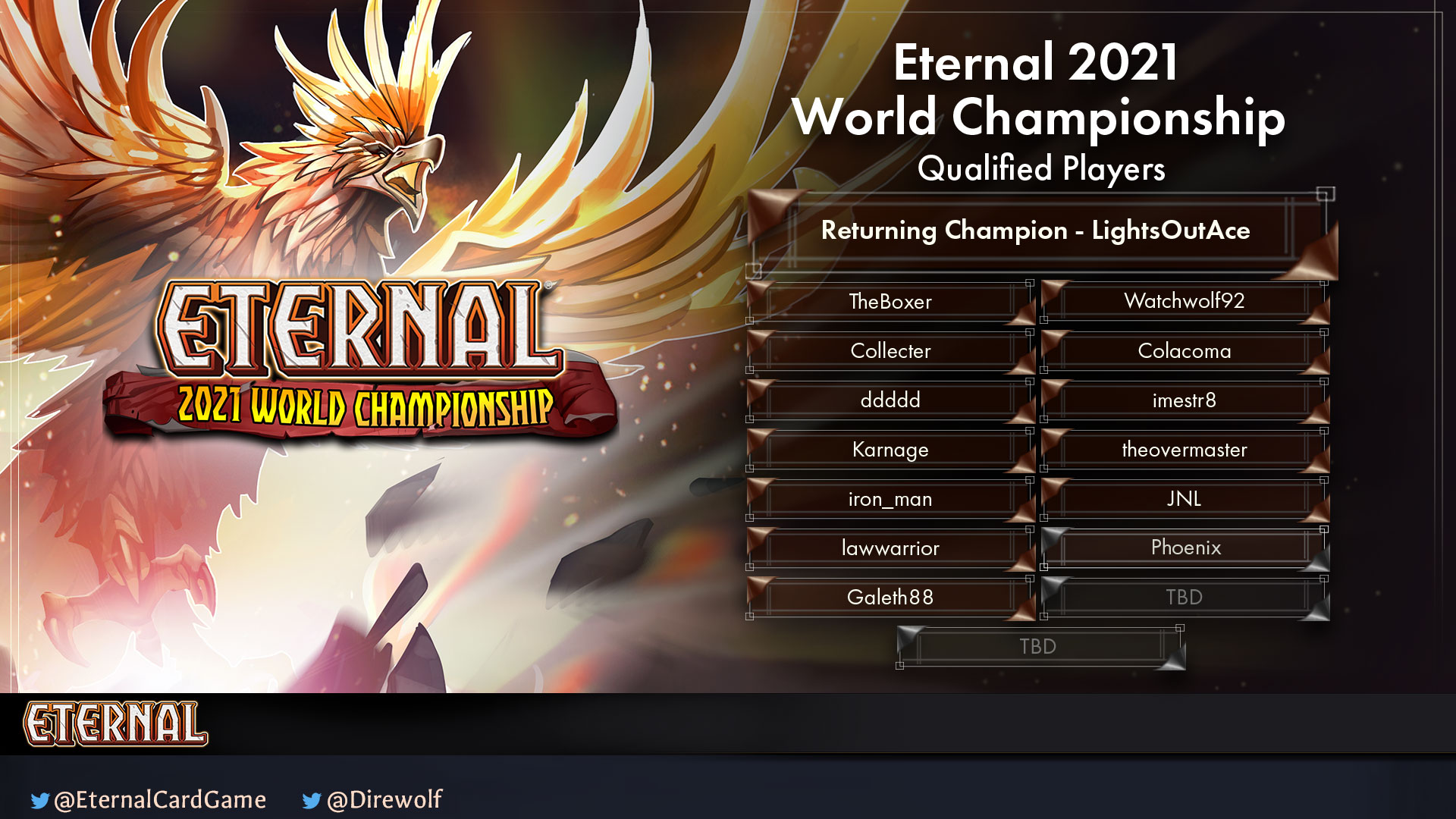 Now, we’re ready to announce how the last two slots for our World Championship will be awarded.

First, we’ll be running an open-entry Expedition Worlds Last Chance Qualifier (LCQ) December 17th-19th. For this event, we’ll be utilizing a different structure. In the first round, players can join the event queue and play at their leisure until they reach either 7 wins or 2 losses. Reaching 7 wins in a run advances you to Sunday’s stage of competition with the winner receiving an invitation to our World Championship. Players can join multiple times and each player will receive an alternate-art Wisdom of the Elders with each run. For complete details on this event, check out the announcement article.

Second, there will be an Invitation Only Top Competitors Throne LCQ held on Saturday, January 22nd, beginning at 11:00 AM MST (18:00 UTC) for players who reached the Top 16 in multiple Opens this year. In recognition of their consistency of performance, these players will get an exclusive chance to grab their invitation to the World Championship.

We’re also excited to announce that this tournament will be broadcast and hosted by the incredible folks at Tuesday Night Eternal and will be held over 5 Swiss rounds with best-of-three matches in Throne format, with a cut to a single elimination top 8 bracket. 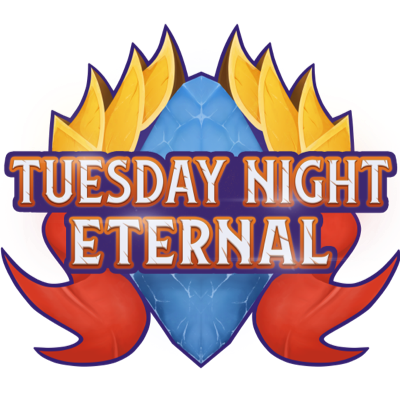 A list of the players eligible for this special LCQ event can be seen below: 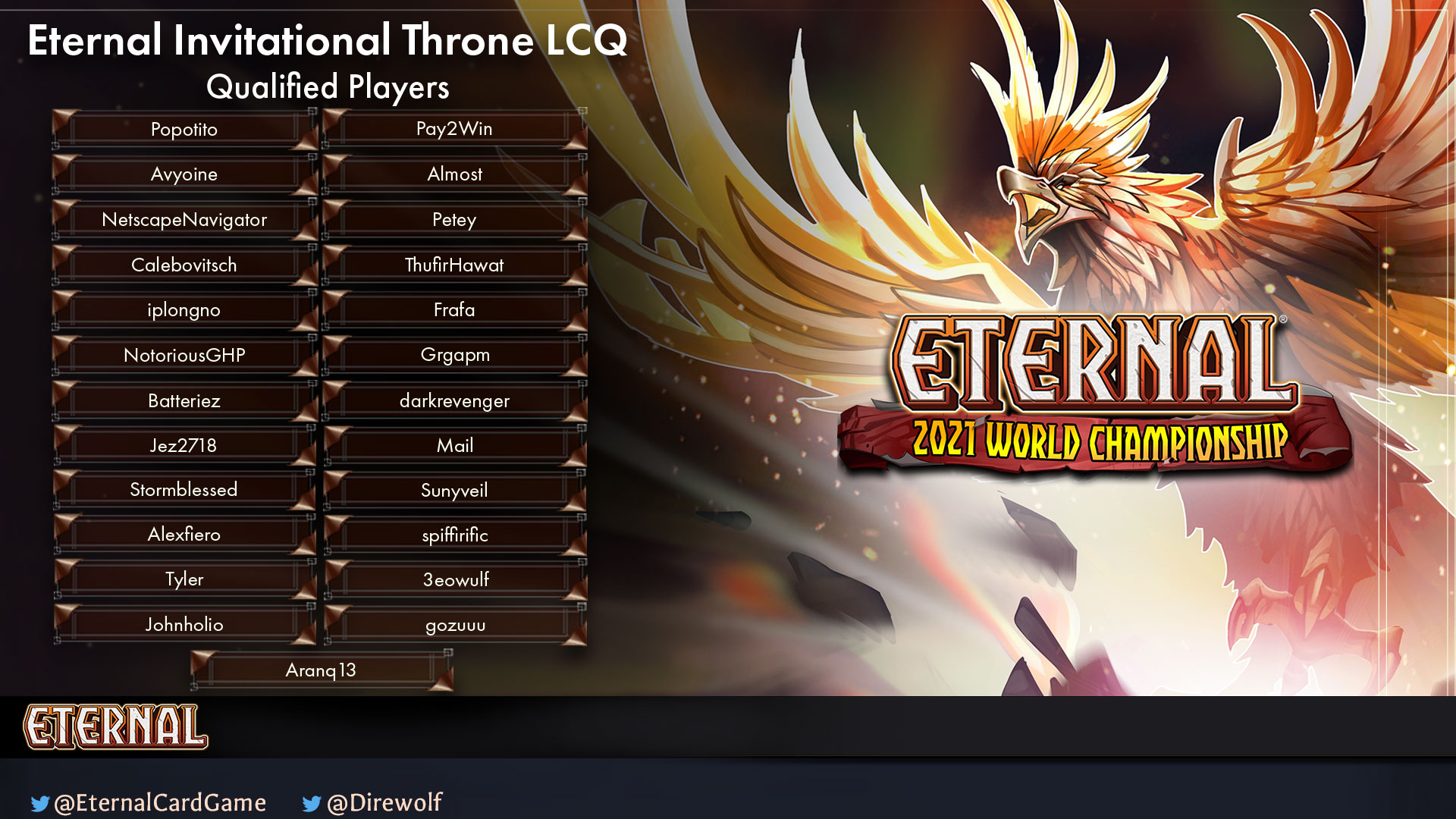 We hope to see all of you January 22nd when Tuesday Night Eternal broadcasts this special Last Chance Qualifier event as we head towards the next Eternal World Championship in February and the 2022 Competitive Play season.