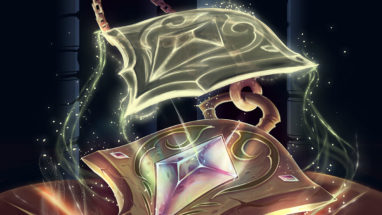 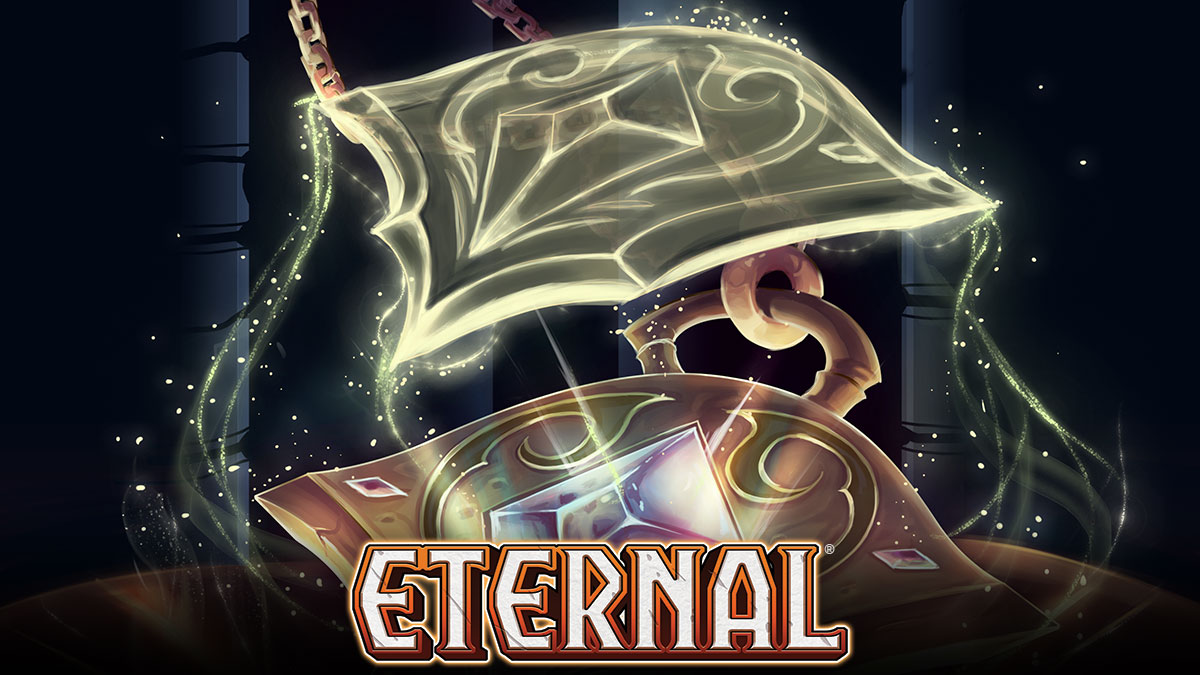 This past weekend, AlexFiero defied the odds and became the first player to ever win back-to-back Opens. With his sweet take on a Rakano Give Chase deck, he accomplished something no one else has over the past five years, by going back-to-back. Could this be a preview of what’s in store at the Eternal World Championship?

Now to the matter at hand, we have some card changes to announce going into effect tomorrow with the release of the new Chapter.

A breakout card from the recent release of Enter the Arcanum, this relic offers a big immediate reward and the hope of much more with its Warp. It’s appropriate to get a lot when you take on the risk of needing so many factions of influence, but at 3-cost this impact can be felt in games a bit too quickly. We’re moving it to 4-cost to slow these decks down and give players more time to develop gameplans that can contend with this new build-around.

Note: Due to being a non-craftable card, as always, refunds for The Creation Project will be in direct gold grants to players, who will keep all copies purchased.

Like its 2 and 4-cost siblings in the fast spell market cycle, Blazing Salvo and Transpose, Fearless Crescendo is moving to two-cost. A familiar pattern has emerged where Fearless Crescendo’s ability to find whatever answer is needed at such a cheap rate allows players to make a flying threat and clear out whatever card type/threat needs dealing with. One of the core challenges in a game like Eternal that makes the game deep and rewarding is choosing among options for your deck. Some cards might be more powerful threats, but offer less versatility or work as well in different matchups. Discovering new options and trying them out is one of the keys to the game being replayable.

As new options are printed for both the market and main-deck, we’re constantly re-examining if a card is making that experience richer? A 1-cost Fearless Crescendo with a deep 3-cost pool to choose from very efficiently can deal with so many challenges. It’s reached the point where it’s not really a cost players are paying to have access to a more varied set of cards to play in the game as much as it is a way to ensure you always have the perfect response to someone else taking their deck in a more different direction. We intend to keep making market cards and exploring ways for players to adapt their decks on the fly in-game, but its important that we stay diligent that market cards are actually promoting more variety, and more options.

There’s been a lot of sweet deckbuilding innovation to turn Feln Adept into a potent card-draw engine. Anytime a card offers the promise of pushing a player further ahead in resources, it can be frustrating on the other side if you lack good tools to stop. With Feln Adept at 0/4, being frequently buffed to a 1/5 by cards like Battlefront Dasher as an example, it’s been out of the range of many commonly played sources of interaction. At 0/3, players can still innovate with this potent engine while opposing players will be better able to come up with good responses.

A very strong uncommon in the Unleashed Draft format, as we’re later in the life-cycle of the format, we’ve heard the requests from players who are looking to see us pull back on this card’s dominance in the format and open up more room for other cards to shine.

We’re restoring this old-school Armory staple. With more ways on the other side to interact with void and attachment-based strategies, we think Smuggler’s Stash deserves another look in its old glory.

Additionally, we have some buffs to announce to cards in the Unleashed Expedition and Draft format.

Note: While the changes to Strike It Rich, Prodigious Student and Lab Minions are intended as buffs, since they are not strictly so, we will be offering refunds to players who crafted those cards.

As always, we’ll be keeping an eye across all Eternal formats as they continue to evolve. So see what you discover with the new tools at your disposal, and we’ll see you for the next date in the Eternal World Championship Organized Play season, October 28-30, as another player will Draft their way to Worlds!