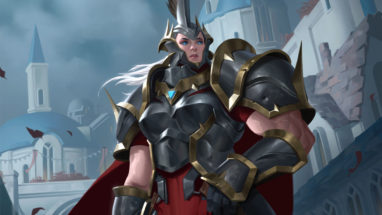 Hello, and welcome to the start of the Cold Hunt mechanics preview. I’m Patrick Sullivan, one of the designers on Eternal, and it is a privilege to show off what we’ve been working on for the last few months.

Contract is one of the new mechanics making its debut in Cold Hunt. We know players love mechanics that give players flexibility and control, and Contract opens up entirely new space–the ability to pay power on future turns for an extra bonus, right now. 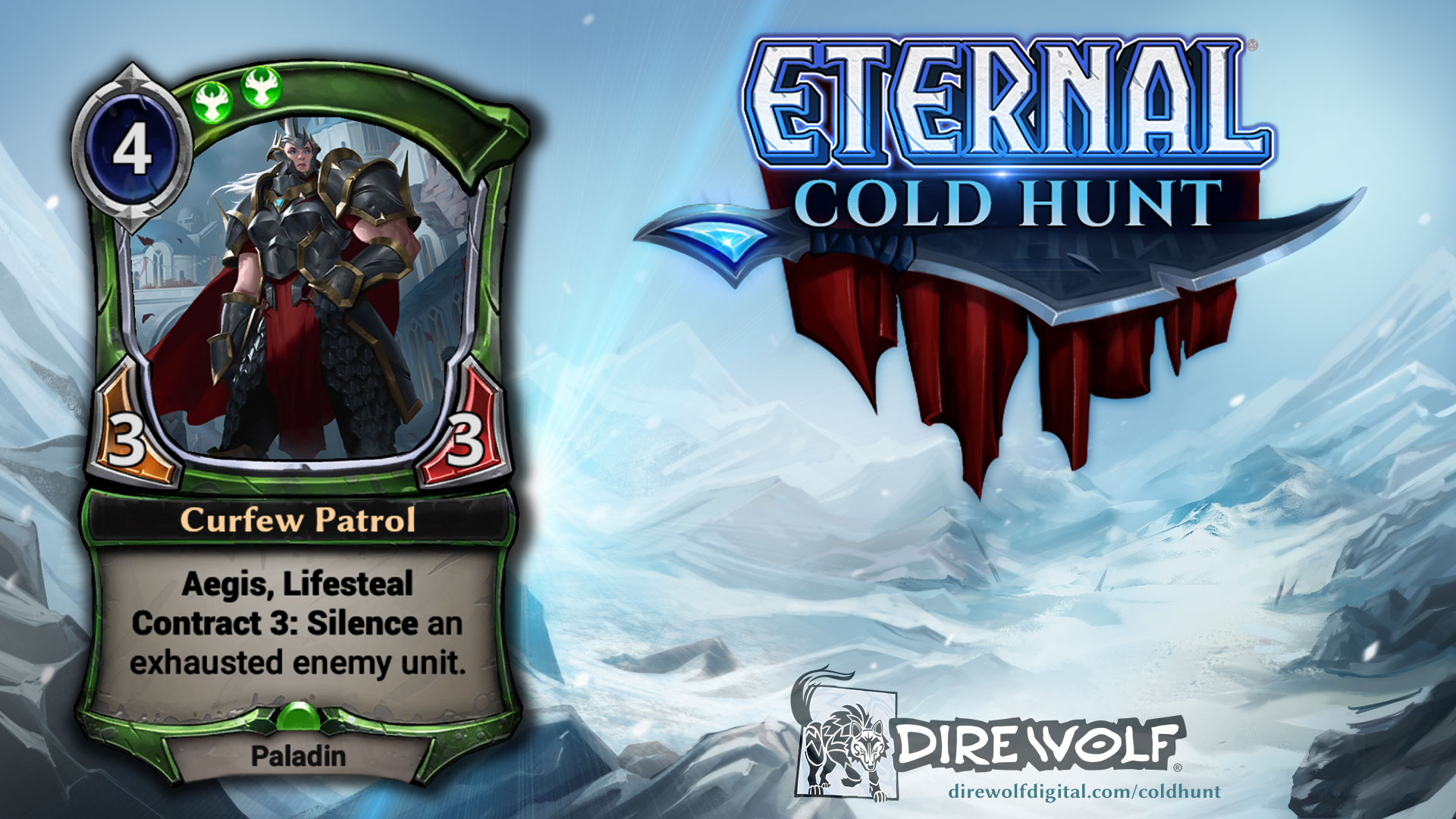 The technical jargon: Contract is an optional payment when you play a card, and it has a number associated with it. If you choose to take on a card’s Contract, you pay the contract number in additional power to get its bonus. If you don’t have enough available power to pay some or all of the Contract, the remaining balance is applied as “debt” that is paid at the start of the next turn.

Let’s take a look at Curfew Patrol. Remember, Contract is optional, so if you want to eschew the ability and play this as a 4-cost 3/3 with Aegis and Lifesteal, that’s completely fine. Now, let’s say you want to take on the contract. If you have three remaining power when you play this, it will spend the three on the spot, no different than playing a 7-cost card. If you don’t have the three power, what you have available will be spent, and the remaining “balance” will be applied at the start of your next turn. That’s a lot of options–sometimes you’ll want to hold Curfew Patrol and play it later, sometimes you’ll want to take on the contract early to provide a burst of board presence and disruption, and sometimes you’ll want to play the card without the contract at all. 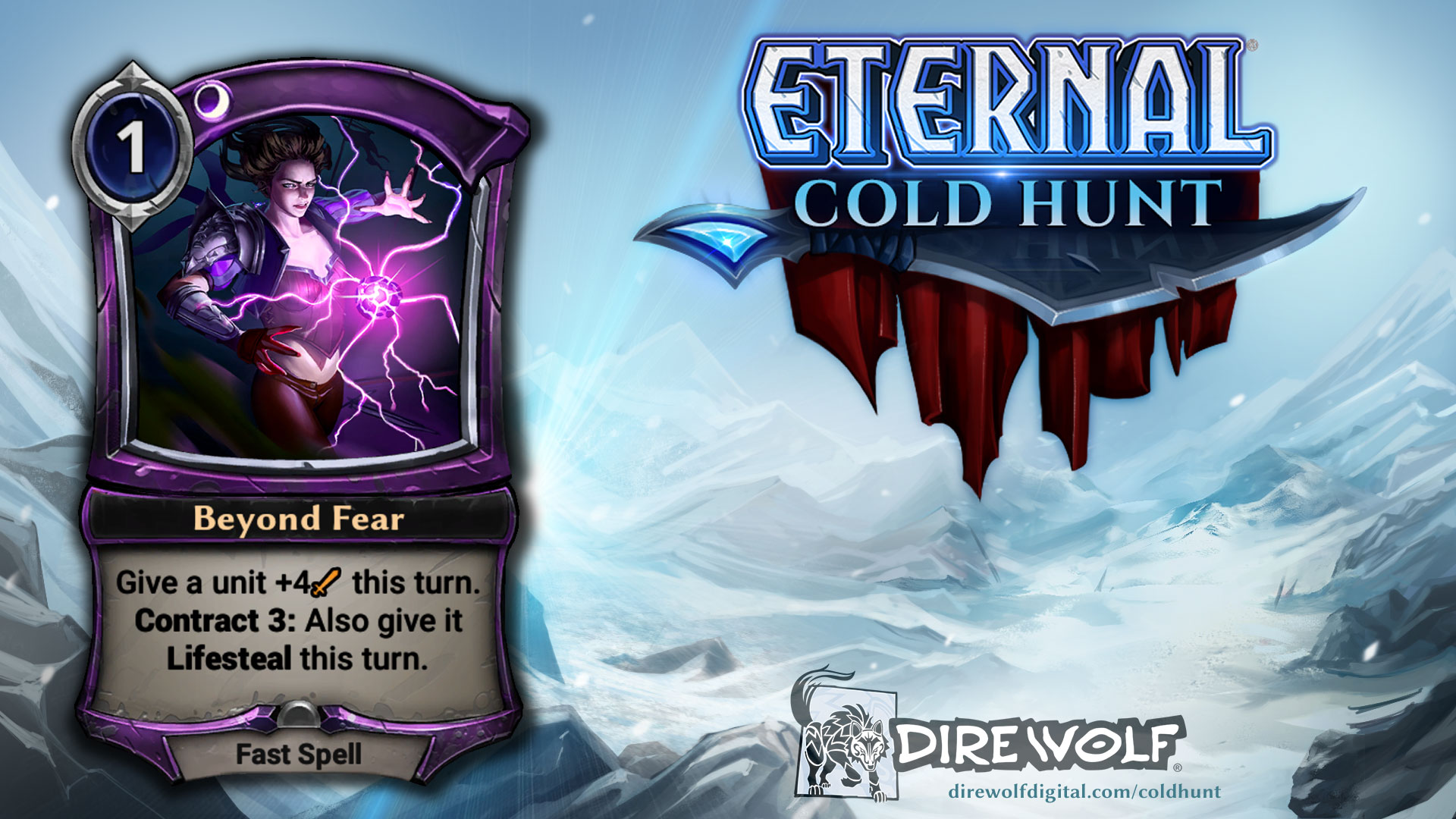 Beyond Fear is another card with Contract in Cold Hunt, and another case study in the utility afforded by the mechanic. 1 cost for +4 Strength at Fast is a very good deal if you’re on the front foot and attacking, but maybe not the card you want if you’re on the defensive. But with the Contract of Lifesteal, now you can swing damage races in dramatic ways, or trade off with a bigger unit while giving yourself a cushion of health to work with. This is a great example of something you don’t want all the time–its not like you’d be looking to play +4 Strength and Lifesteal for 4 very often–but the times you do want it the option it is invaluable. 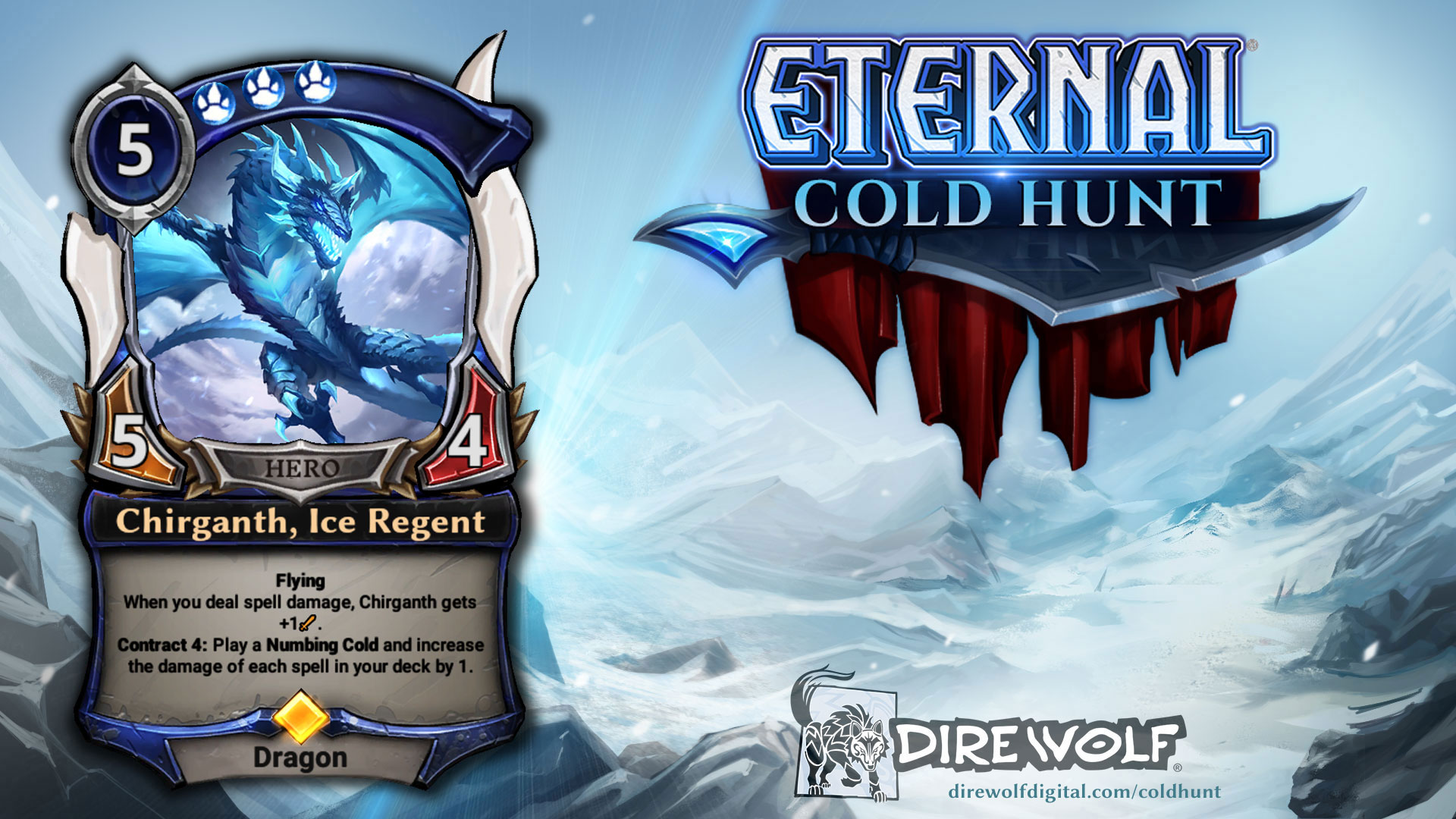 That brings us to Chirganth, Ice Regent. As a 5/4 Flyer for 5 that grows whenever you deal spell damage, we’re already talking about an interesting option for Primal, Skycrag, or Feln decks based around spells that deal damage. But the contract takes this to another level–not only do you get a Numbing Cold, which is useful for protecting Chirganth from an Annihilate or Vanquish from the opponent, but all damage dealt by your spells increases by 1 for the rest of the game. This is a great example of “good short, good long”–the presence of Chirganth and the Numbing Cold are very powerful for games that are going to end in just a few turns, and the bonus to your damage dealing spells is awesome for games that are going to go on for a long time.

With Contract, you get to decide both the options of your cards and also how to pay for them. That’s a combination of power and flexibility prized among players of all levels, and these previews are just scratching the surface of what we have in store for Contract.

Make sure to come back on Tuesday, November 2nd for the next mechanic preview for Cold Hunt, and thank you as always to our fans for making Eternal such an amazing game and community. Stay up to date on everything coming to the game in Cold Hunt (and get a free pack with every email) by signing up for the Dire Wolf newsletter!