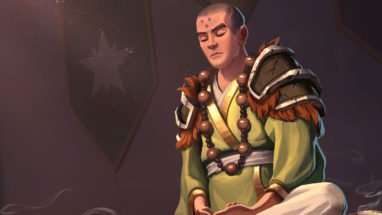 Hello, and welcome to another round of mechanic previews for Cold Hunt. I’m Patrick Sullivan, one of the designers on Eternal, and I’m excited to show off another new keyword making its debut in our upcoming set. This one is called Inscribe, and much like the previous mechanic, Contract, it speaks to options, flexibility, and ways to maximize power. 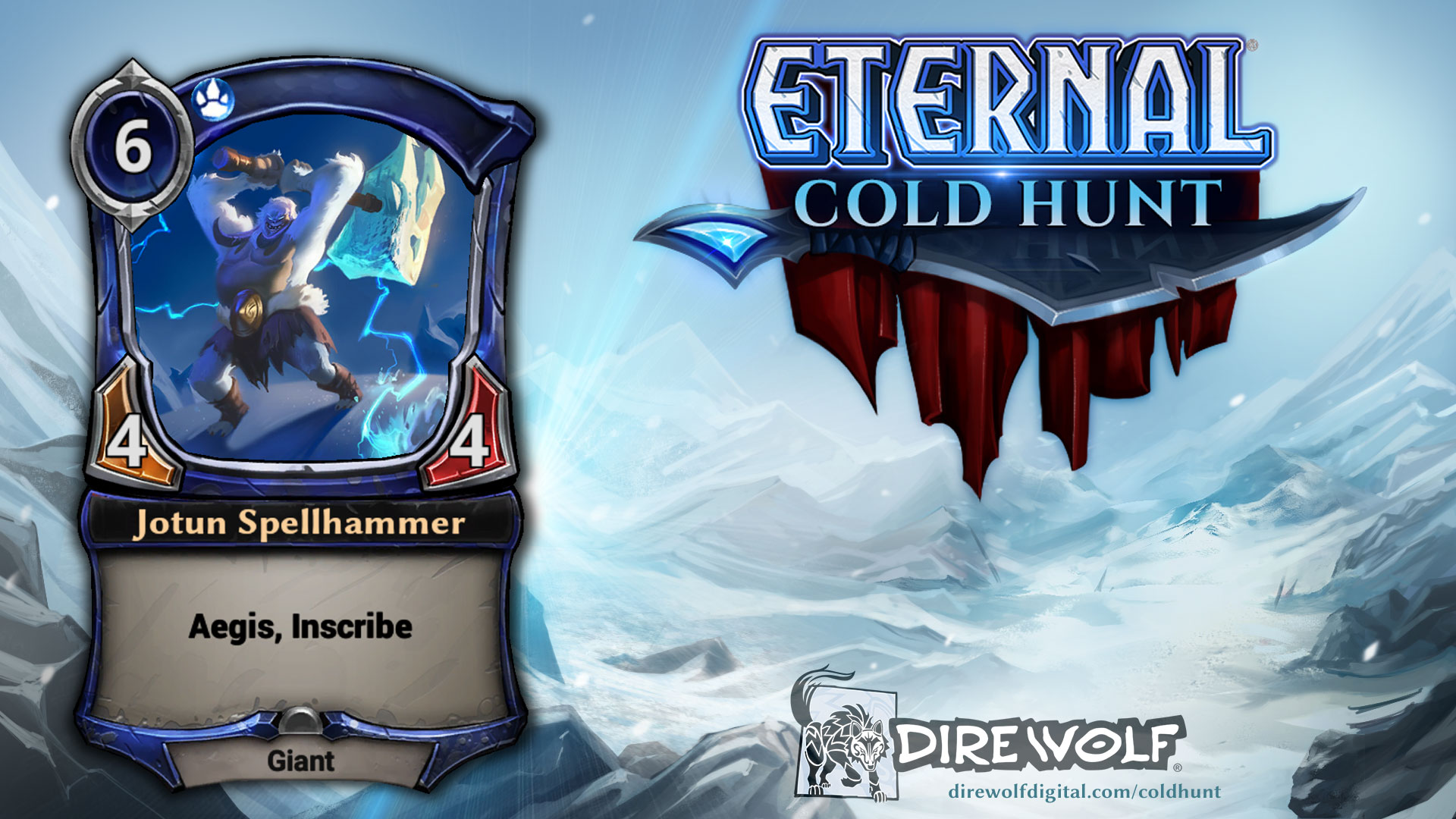 Inscribe is a mechanic that appears on a number of cards in Cold Hunt. Its quite simple: any card with Inscribe can be played as the card itself, or as a depleted power of the appropriate faction. This still counts towards your one power for the turn, triggers keywords like Empower, and all other synergies and restrictions associated with power cards. However, they don’t count as power cards in other zones, so you can’t draw them from your deck with cards like Seek Power, or return them to play from your void with Arcanum Hourglass.

Jotun Spellhammer is a humble servant, but don’t let that fool you. Sometimes your expensive cards can be prohibitive to play, and sometimes you can draw too much power without anything to do with it. The Spellhammer is the best of both worlds–a depleted power when you need to get to your more costly plays, or a credible threat in Sealed or Draft when you already have enough power. And unlike Pledge, a previous mechanic with some similarities, you can play it as a power whenever you want, not just as your opening power. If it’s in your opening hand (or drawn later), you can wait to see how your draw materializes before making a decision. 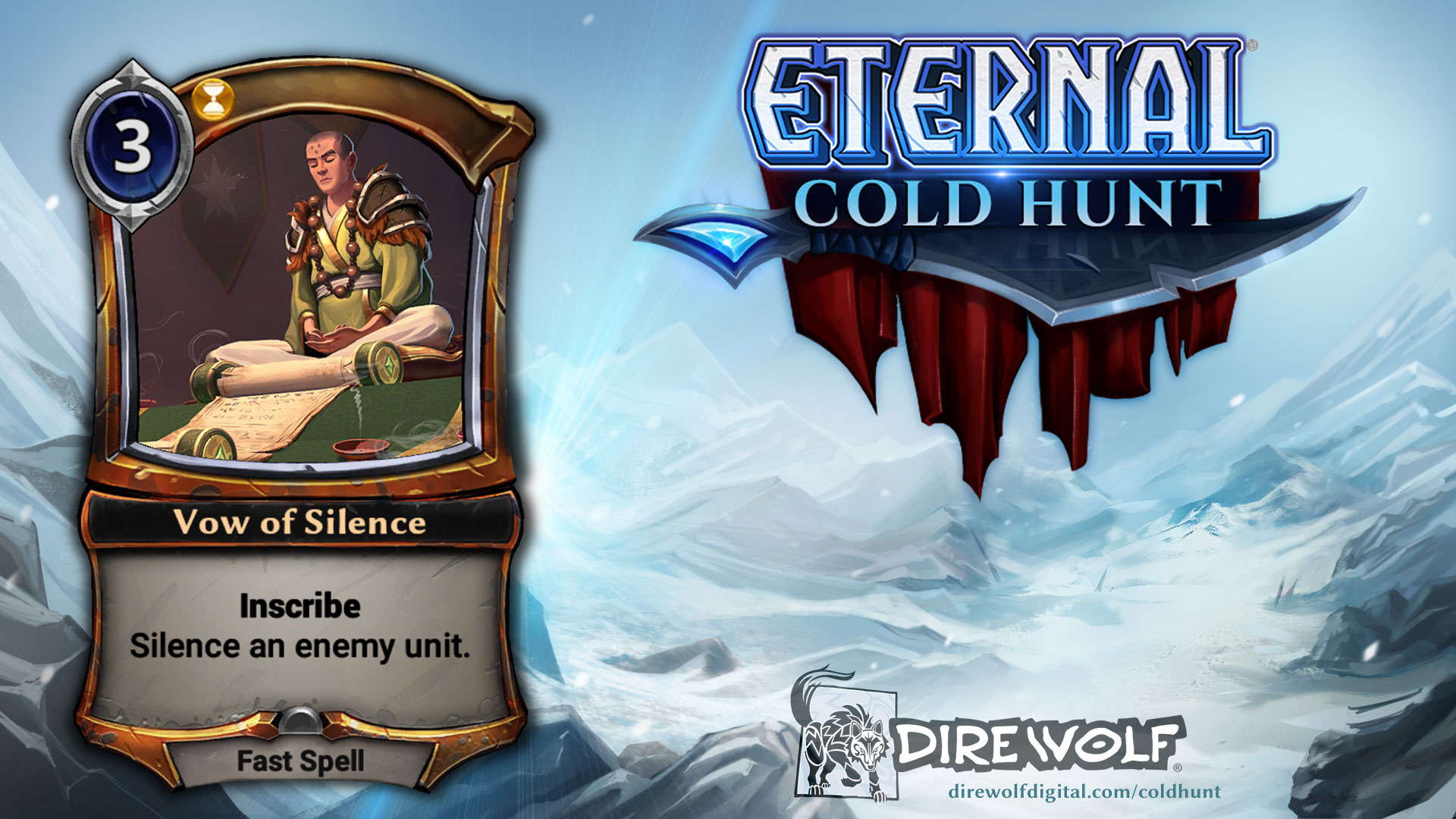 Situational cards with Inscribe are also very useful. Silencing an enemy unit can be extremely powerful in the right spots, but not every game is about that, and not every opponent is going to offer up a bunch of juicy silence targets. With Vow of Silence, you can play a silence effect at a very low opportunity cost–the worst-case scenario is playing it as a depleted power. In short, Inscribe is the perfect effect to appear on a card you may only want a small percentage of the time, but the times you want it, you REALLY want it. 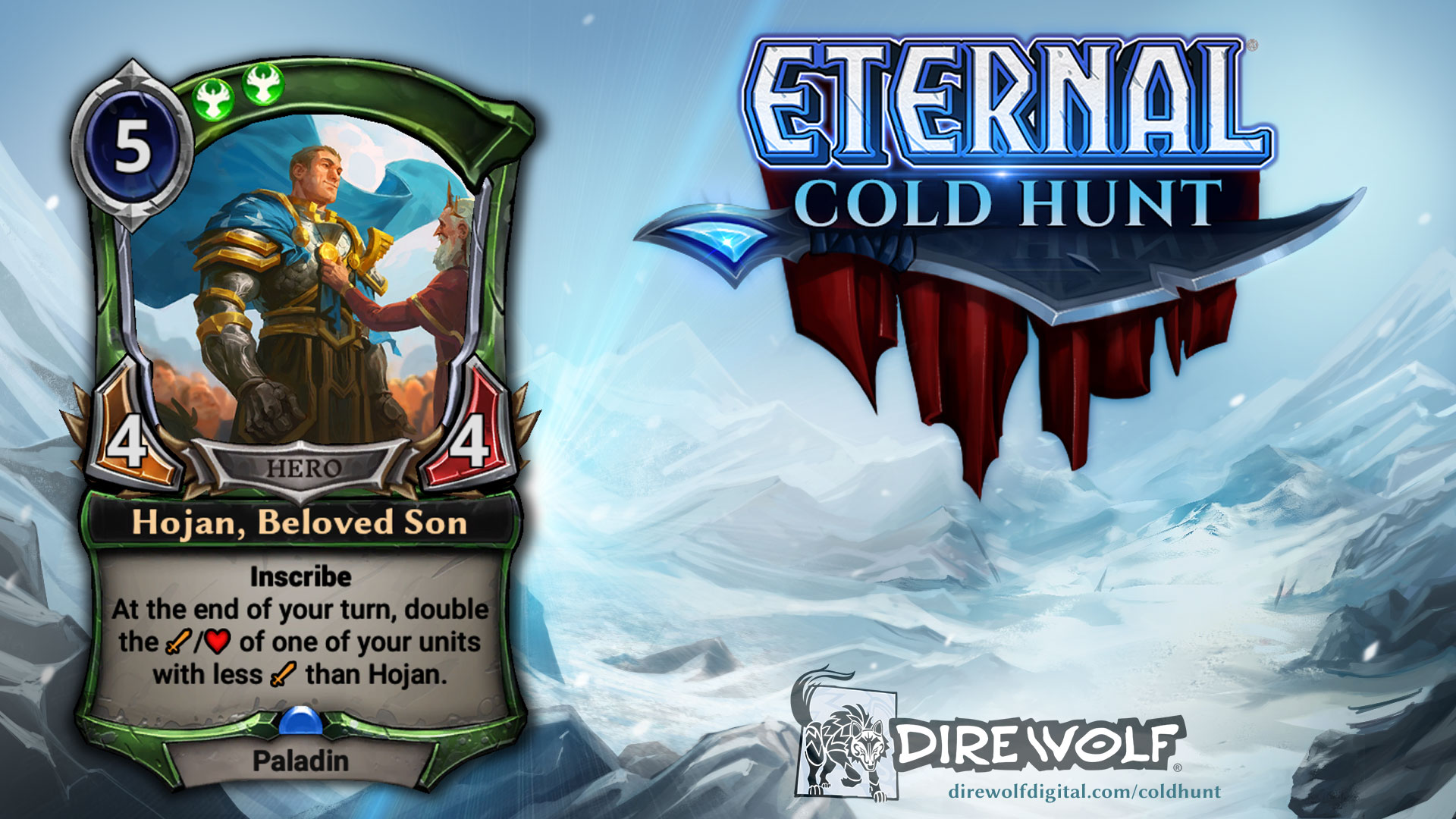 So, we’ve shown off two cards that highlight some of the usefulness of Inscribe at a baseline–cards that are expensive, and cards that are situational. Hojan, Redeemer is another style–a card you’d consider playing anyway that also happens to be a depleted power. It is very hard to overstate how powerful that sort of option is, especially on a card that has the ability to run away with the game like Hojan can. Many of the most popular Justice units, like Steyer’s Eyes and Valkyrie Enforcer, are the perfect size for Hojan’s bonus, and a variety of common Justice battle skills, like Flying, Lifesteal, and Aegis, scale in a very powerful way alongside this sort of repeatable stat bonus.

With Inscribe, you get the best of both worlds–a power when you’re feeling a bit strapped on resources, or something to do when you’ve got enough power. Thanks for checking out Inscribe, and don’t forget to pre-order Cold Hunt!

Stay up to date on everything coming to the game in Cold Hunt (and get a free pack with every email) by signing up for the Dire Wolf newsletter!