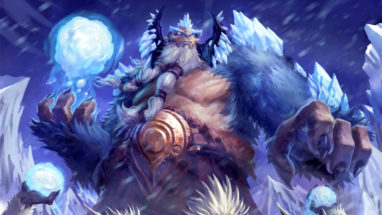 Hello, I’m Patrick Sullivan, one of the designers on Eternal. What follows is a handful of live-balance changes with an eye towards shaking up the Throne format prior to our upcoming World Championship. Though we typically try to announce these changes at roughly the same time as they go live in the game, given the circumstances we would like to give our players as much time as possible to prepare. These changes will appear in-game on Monday, January 31st. 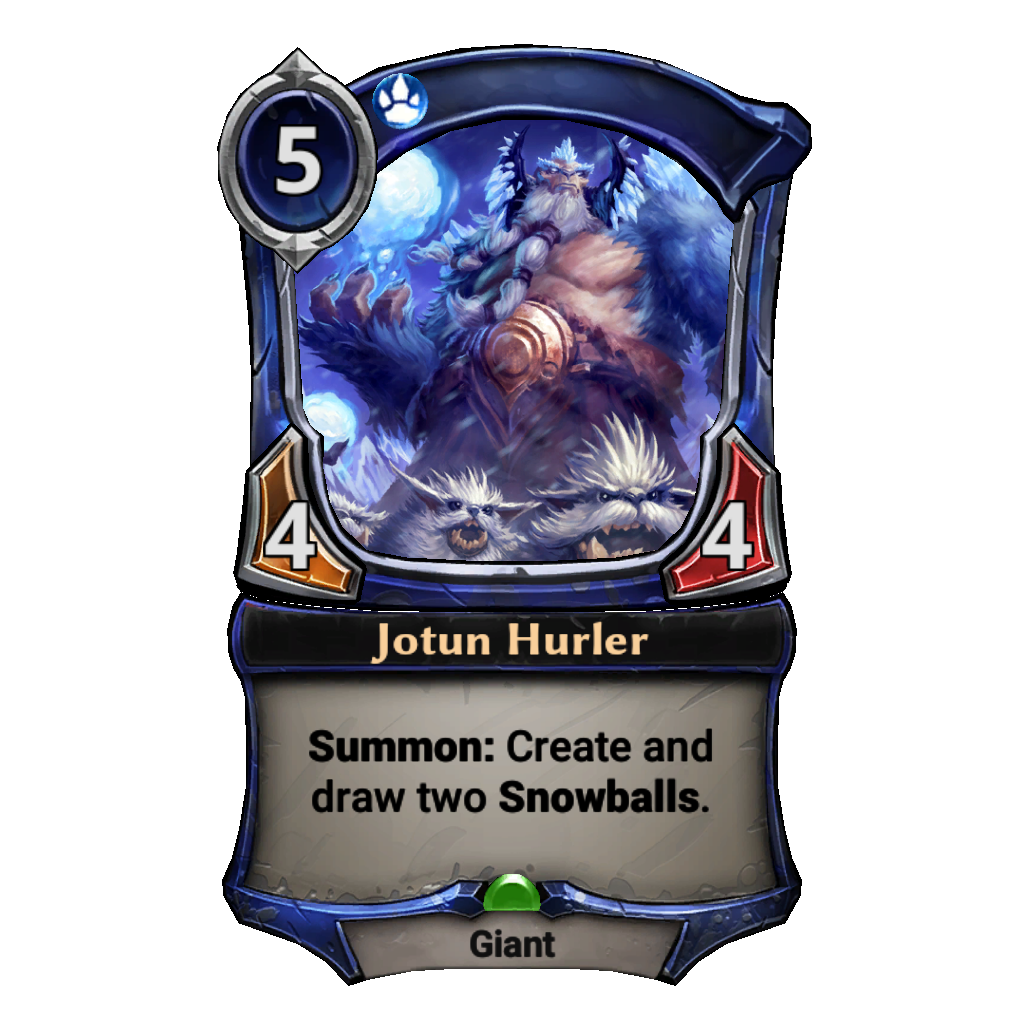 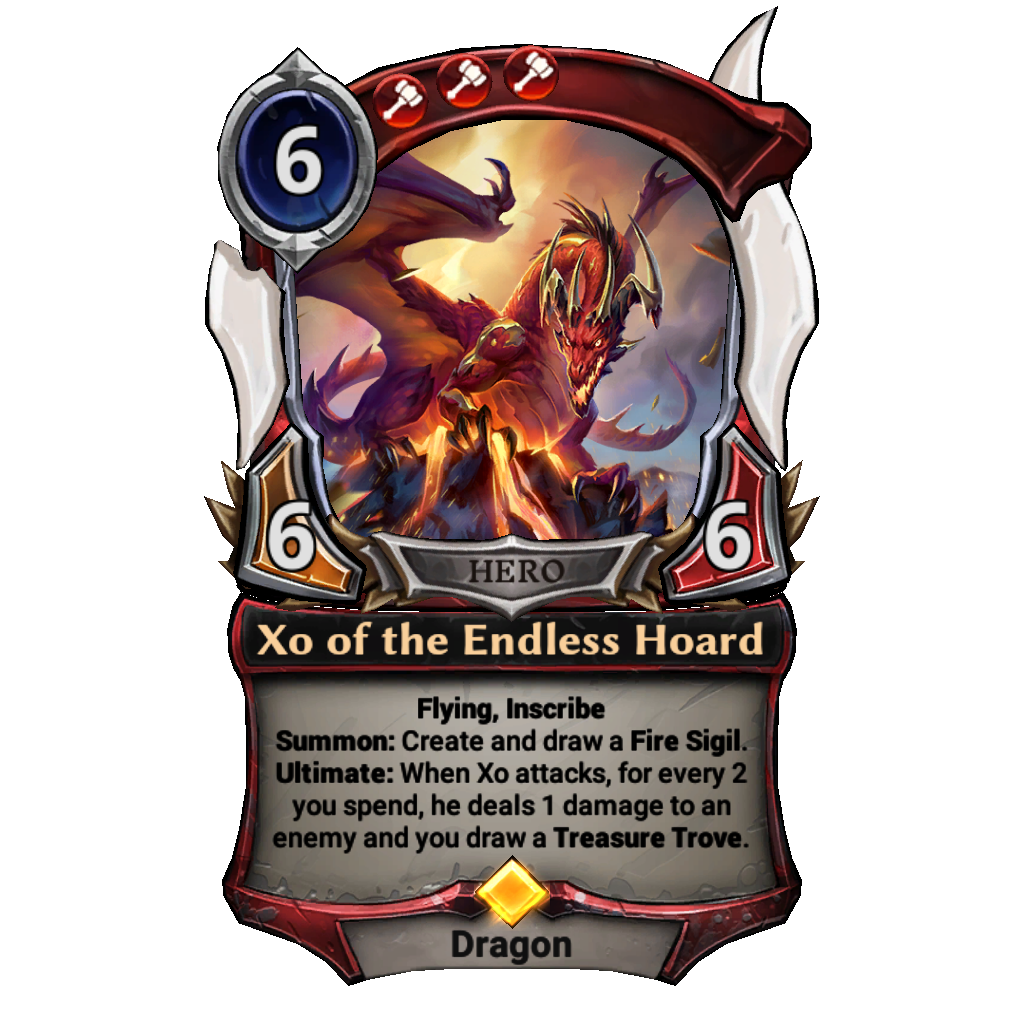 These two cards are flavorful, evocative designs that lean into digital-only space, and as cards that come with two cards attached, one of which deals spell damage and the other that draws a card, they unlock some novel synergies. The data bears out that they are extremely powerful as well, but they are disproportionately represented in the game’s highest competitive ranks; they aren’t ubiquitous staples like Torch. For many players, this level of scrutiny might be curious. After all, there are plenty of Fate and Echo designs that can provide two cards without any work. But a Snowball or a Treasure Trove is much stronger to have in your opening hand than the other options, and Xo has the added benefit of being an arbitrary way to win after a game has dragged on for a long time, and the underlying structure and synergies of the two cards are conducive to dragging games out.

None of this is news to people who regularly play the format, so why act now? For starters, even though this is the moment when we are deciding to change these cards, it isn’t the first time they have been a topic of conversation internally. They have both already received live-balance attention in the past. We nearly took action on them in a recent patch, and no balance meeting has occurred without them as a topic. Additionally, there is no reason to believe the situation will improve organically over time. We are going to continue to make cards that interact with drawing cards, the Market, and a myriad of other mechanics that interlock with these two, and the proof of theory here is that these cards have gotten more powerful over time, not less, in spite of the card pool becoming larger and more powerful each time we release a set.

The final piece of this–”why now?”–is the Skycrag Midrange deck. Beyond being among our best performing and most commonly played decks on the ladder, it recently won the Cold Hunt LCQ. From our perspective, this is the boiling-over point. Xo and Jotun Hurler along not only Howling Peak Smuggler, but a variety of secondary cards that all speak to converting “blank” cards into something productive–Jekk, Mercenary Hunter, Dazzle, Maveloft Huntress, Crafty Occultist, Know When to Hold ‘Em. The deck doesn’t necessarily play “badly”; it has a number of units and removal spells and plays a fairly interactive game. But the degree to which the deck is about grinding small advantages, drawing the perfect mixture of power and non-power cards, and then winning the game with the leftovers versus caring about the particular nature of their cards and their opponent’s cards is not good. The experience is numbing and repetitive, and that becomes actionable when it is also powerful and common.

Circling back to the beginning–there is a lot to like about these designs. We know these cards are iconic parts of the game, and they are many player’s entry-level education into the depth of Eternal’s game engine. That’s why, instead of a straight nerf, we’ve changed the cards to accentuate the positives. We like creating cards, we like units that can provide contextual card advantage, and we like a good story. So let’s get that experience on the table. Jotun Hurler and Xo are still capable of providing the advantages they did before, but instead of it stemming from manipulating zones behind the scenes, now you actually have to play them. The synergies are still there–referring back to the current version of Skycrag Midrange, the new versions of Xo and Hurler still work well with the Market, Plunder, and all the other usual suspects, but not at the beginning of the game and not repeatedly coming in and out of the market. In comparison to their previous version, they are both significantly more powerful as cards when you actually play them, and Xo is picking up Inscribe, to boot. We believe both of these cards still have a home in competitive play, and from our perspective a much happier home. 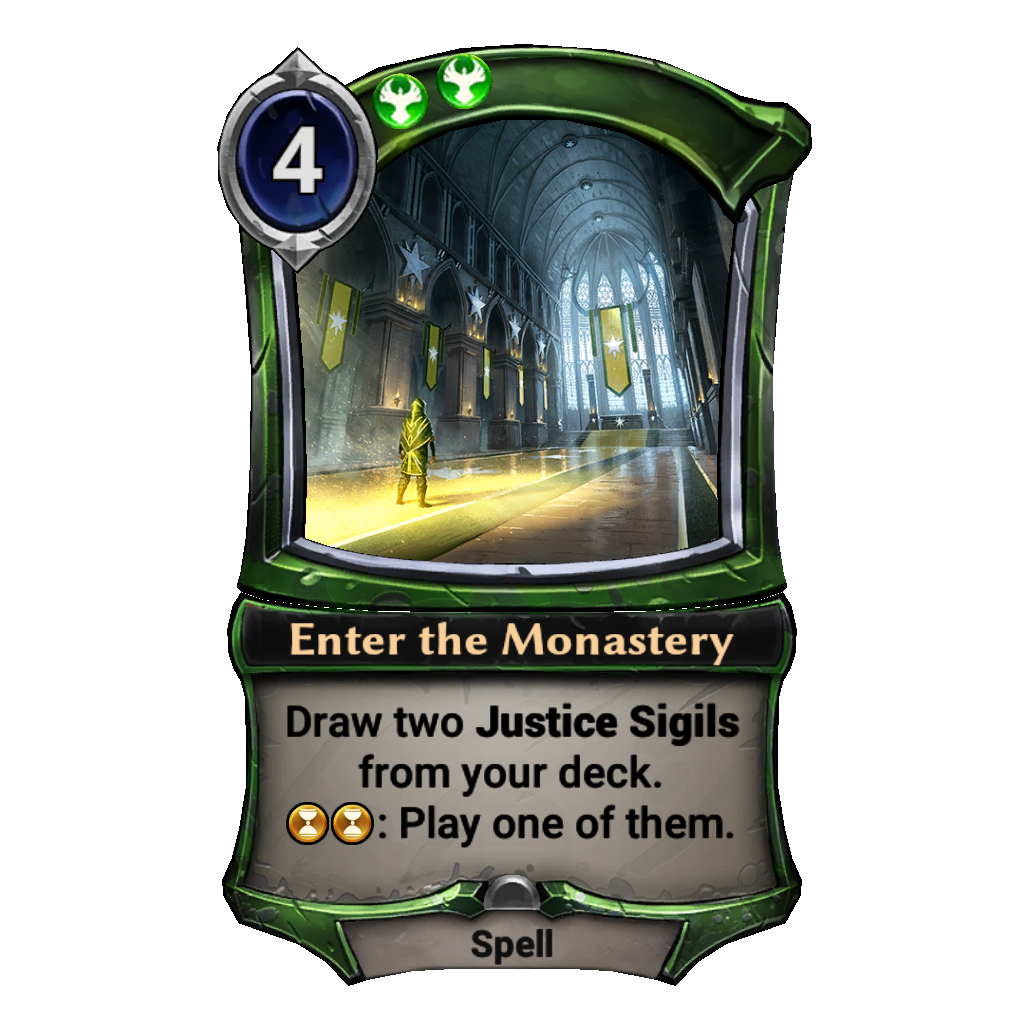 Combrei Relics is still among our top decks in Throne, even though several key cards were nerfed in previous live-balance patches. With how hard the deck is to interact with at a baseline, it is something we keep a close eye on, and its representation and win rate have increased in recent weeks. The goal here was to take away a little bit of rate without taking away the personality, or removing a card so unique in functionality that the deck could no longer exist in its previous form. One card stood out compared to each other option, which is Enter the Monastery. In some ways this card is analogous to the previous version of Xo and Jotun Hurler–a dull, hard-to-interact with method of accruing additional resources. The deck is not short on ways to ramp power or accumulate additional cards, and there are a variety of substitutes available for it. In our opinion there are several reasons why this is the card least worthy of protecting among the commonly played cards in the deck, and so it is receiving an unambiguous nerf.

Again, these changes will go live Monday, January 31st. All three cards will be refund-eligible, even though two of the three cards are merely different, not strictly worse. We acknowledge that the timing of this announcement relative to when the changes will be live is a bit peculiar, but with Worlds coming soon we felt obliged to give people the information as soon as we had it. Thank you again for your continued support of Eternal, and make sure to stay tuned for more information about the World Championships coming soon.

Stay up to date on all of the Eternal World Championship news (and get a free pack with every email) by signing up for the Dire Wolf newsletter!