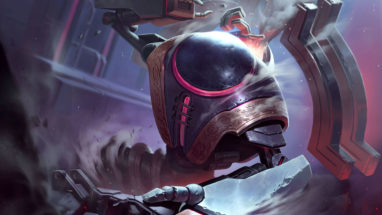 Eternal’s June 1st patch addresses a variety of bugs present in Unleashed, and brings significant balance changes to all three major formats. The patch notes can be seen directly below, followed by a full list of all the live balance changes with commentary from Eternal designer Patrick Sullivan.

Hello, I’m Patrick Sullivan, one of the designers on Eternal, and what follows is a lengthy live balance update, with substantial changes to many prominent cards in our Throne, Expedition, and Draft formats. Many of these changes are geared towards taking some rate and representation out of a handful of Fire, Shadow, and Justice staples in Expedition, while significantly changing the shape of Draft.

All crafted cards listed below will be eligible for their full Shiftstone value in refund, or in Gold if they were purchased.

Autotread (now ability can be activated once per turn and 1/2, was unlimited and 1/1)

Most of these changes are oriented around Expedition, with only Autotread as a Throne-only card, though all the above show up in Throne to a significant degree as well. In Expedition, Justice has been by far the most played faction for an extended period of time, with Fire and Shadow rounding out most of the remainder of the format. The goal with the above is to pull back on certain cards whose rate and ubiquity have pushed down Primal and Time cards to a degree we believe is unhealthy.

Bullseye is a generally healthy form of interaction, but at one cost, fast, and with a powerful “out” against people without Relics it is challenging to design cards that can compete with its rate and flexibility in handling both units and relics. Destroying relic weapons at fast is an extremely powerful tempo play under the right circumstances, and it still doubles as on-rate unit interaction. We hope this change gives more breathing space for other sorts of counterplay a home, while also allowing for more non-weapon relics to be plausible to play or build around.

Syl, No Regrets was simply too powerful and intense against spells. Having a unit that’s absurd against Harsh Rule is one thing, and having a unit that provides incidental lift against Suffocate and Torch is another. Bundling these characteristics into one unit is too much, to say nothing of it also producing incredibly bursty sequences with its Contract. We anticipate this card will still be strong without being overly oppressive or extreme as it was with its previous incarnation.

Carnivorous Yearling, Helena, Skyguide, and Furious Magniventris all contributed to a very high representation for Rakano, Argenport, and three-faction decks since Valley Beyond was released. With their previous stats, they were all too hard to interact with profitably, particularly for Time and Primal. They all had a little room to give, and we expect them to all be plausible constructed cards in their current forms.

Valley Spring does not have an alarming win rate, but its opaque play pattern and representation on the ladder are troubling features nonetheless. At four-cost, we believe the card still enables a variety of novel cards and play patterns at a much lower risk of becoming one of the strongest cards in the format.

Autotread is the lone nerf here that speaks exclusively to Throne. While the card currently has a spotlight on it due to its interaction with Nico, Urban Hunter, it has facilitated a number of infinite combos in Eternal’s history, as well as showing up in decks looking to put cards in their void, empty their hand, or just attack and block efficiently. This change preserves much of the “normal” or even synergistic uses while cutting off the combos, and in exchange is picking up an additional point of health.

Note: As Furious Magniventris, Valley Spring, and Carnivorous Yearling are only available from the Valley Beyond set, falling outside of our normal system for refunding crafted cards, we are giving a one-time grant of a 1,250 gold each to users who purchased this set. Users who upgraded the cards will receive an additional 1,250 gold. Players will of course keep all their copies of those cards.

Display of Passion (now deals 8 damage to a unit with Endurance or Lifesteal, was previously 5)

We wanted to give Fire some additional interaction against some large Justice units that see a lot of play, most notably Black Book, Pit Boss and Spire Loyalist, on top of some of the units that are receiving live balance attention. Display of Passion comes at very little risk of being overplayed due to its restrictive influence requirements so if it happens to be a bit more appealing and powerful with this new functionality that’s an outcome we’re going to be happy with.

Hydrate (now only can be played on your units and puts a copy of the buffed unit into your deck, was any and did not copy units)

Tomb of the Azuremage (now costs 8 to ultimate, was 9)

Through The Unknown (now fast spell)

While some of these changes could impact constructed, they were primarily made with an eye towards Draft, particularly in improving Frenzy and providing them a deeper pool of cards to synergize with that strategy.

Though we believe each of these cards has become more powerful, in each instance its either not strictly better or has significant enough functionality changes that crafted copies are eligible for a full refund in Shiftstone

Corps Repairman (now 5-cost 3/3 with summon: you may discard a card to play a 1/1 Valkyrie with Flying and Warcry, was 4-cost 2/3 with Ultimate: Pay 3 to play that unit)

Dunewave (now 3-cost and puts enemy units with flying on the bottom of their owner’s deck, was 4-cost and silenced and bounced attackers back to their owner’s hand)

Again, much of this is with an eye towards improving Frenzy, with a few changes outside of that with the hopes of giving new and increased purpose to a handful of cards that are currently not seeing much play even in Draft.

Greenstretch Gryffyn (now Unleash if you have another unit with flying, was always Unleash)

Stoneskin (now +2 Health is this turn, was permanent)

The two unleash flyers were among our best-performing commons, and lead to some repetitive experiences over time. We hope both of these versions are less powerful and more varied than their previous incarnations. Aerial Deployment can now hit an increased range of units, hopefully making the card much more varied in practice.

We think each of our formats will be markedly improved with this set of changes, and as always thank you for your continued support of Eternal.

Stay up to date on everything coming to Eternal (and get a free pack with every email) by signing up for the Dire Wolf newsletter!