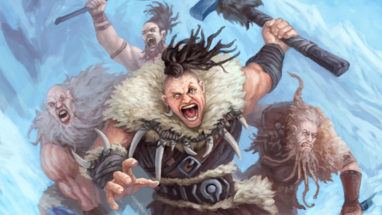 Hello, I’m Patrick Sullivan, one of the designers on Eternal, and welcome to our latest mechanic preview for our upcoming expansion, Unleashed. Today we’re showing off the set’s namesake mechanic, Unleash, a perfect encapsulation of the chaotic energy swirling in the air.

Unleash appears on units and spells, and it means “When you play this card, create and draw a copy of it. Discard it at the end of the turn. Cards with Unleash can’t cost less than 1.” If you modify a card with Unleash in your hand (say, by giving the unit +1/+1, or increasing the spell damage of the spell by 1), that bonus will carry over to each copy you play. Unleash gives you a lot of options, powerful stuff to do if you’ve drawn a lot of power, and an exponentially better reward for any buffs you happen to give the card ahead of time. 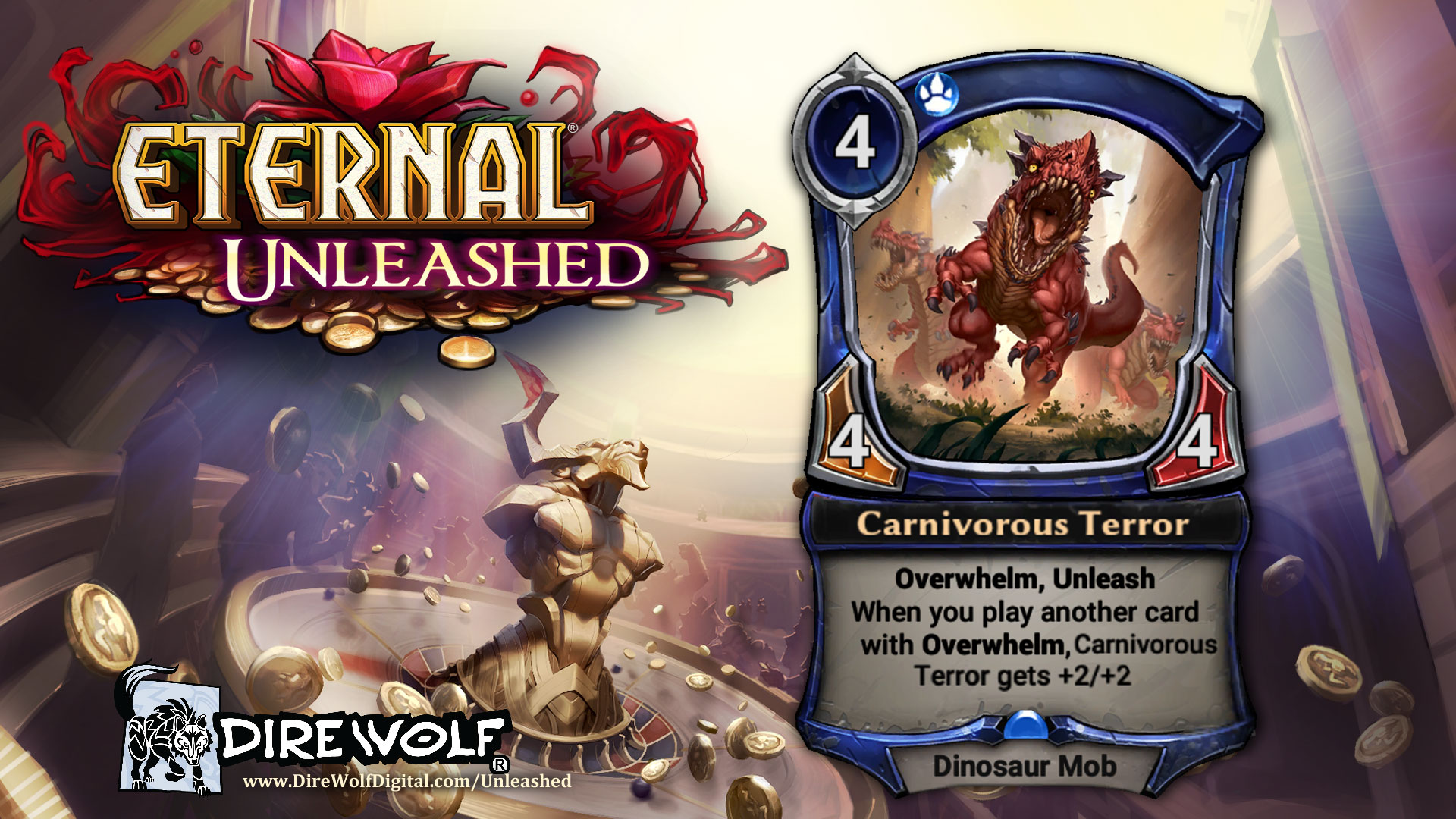 One cool element of Unleash are cards that work “on their own” but can be combined with other cards. Carnivorous Terror can be played as it is, with the Unleashed copies buffing up the previous ones, but you can also use it alongside other Overwhelm units even if you don’t use the Unleash power very often. There are a handful of Unleash designs that speak to this, and building around them (or not) is a fun and engaging puzzle. 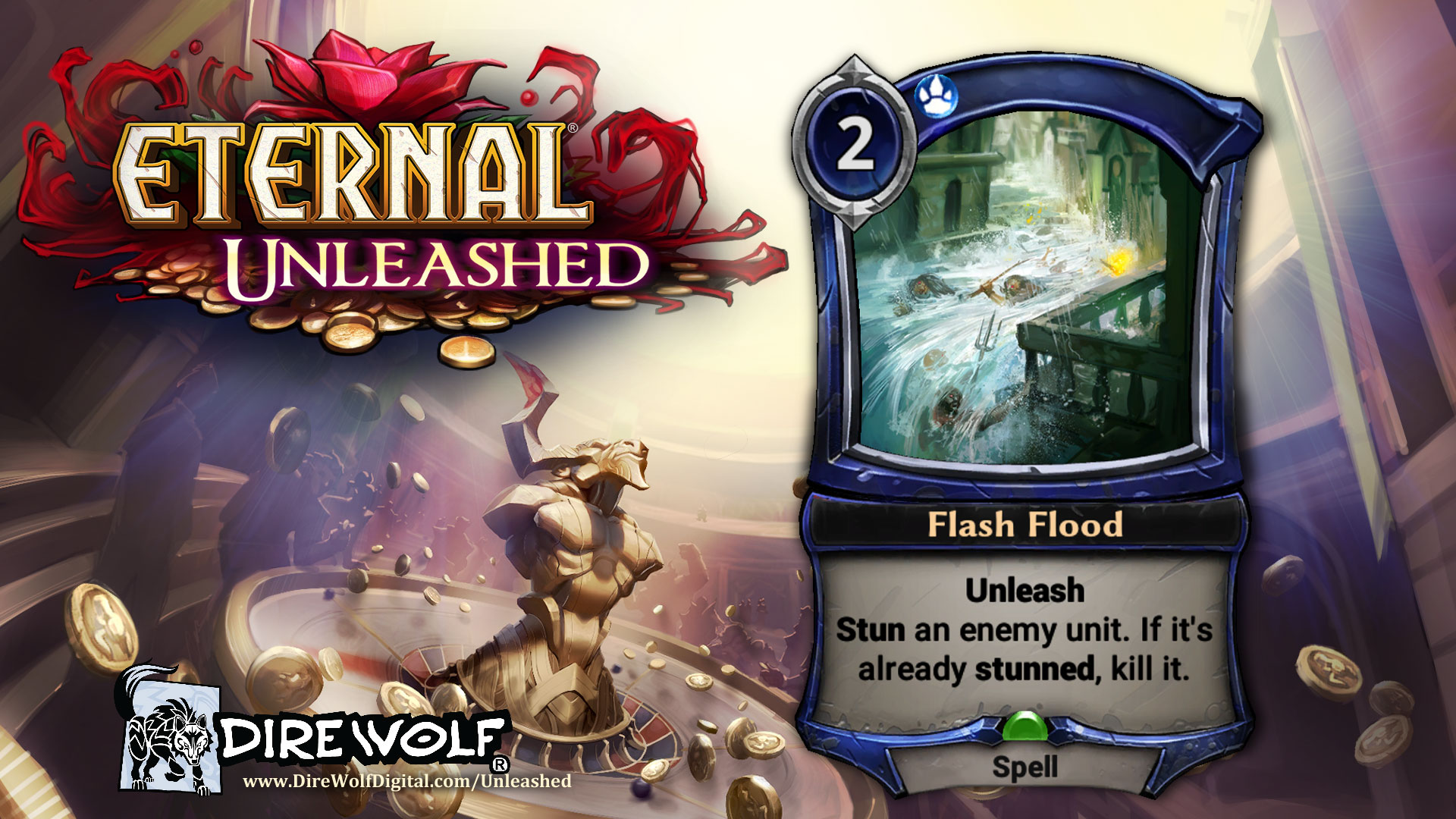 Flash Flood highlights some of the cooler design space with Unleash–modal cards in which one mode is unlocked by the other. Flash Flood also has a ton of play to it–you can assemble your own Crystallize-style effect, or play it on the same unit twice to create your own Deathstrike, or combine it with other stun effects to make your own one-sided Harsh Rule. For such a simple card, there’s a lot of ways to mix and match here. 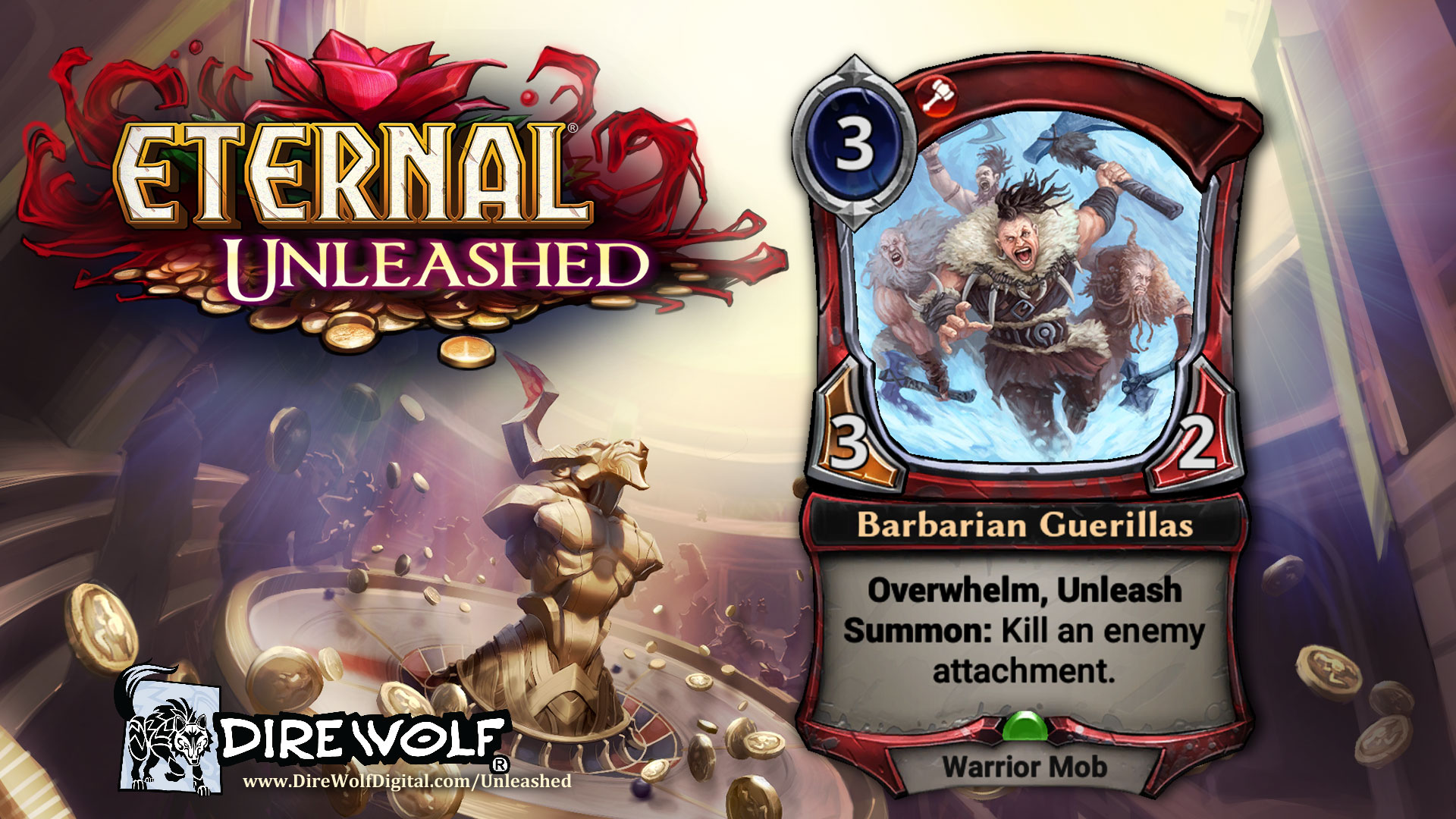 This is only scratching the surface of Unleash designs, so make sure to stay tuned as we continue to show more cards and mechanics in the upcoming weeks. If you haven’t already, head on over to the Unleashed page to see the cool stuff we’ve already shown off and the Eternal Store to get packs of Unleashed and some slick cosmetics!

Stay up to date on everything coming to Eternal with Unleashed (and get a free pack with every email) by signing up for the Dire Wolf newsletter!