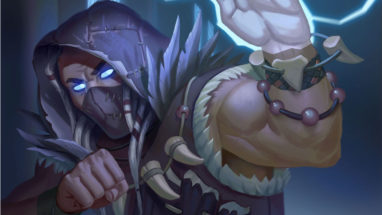 Hello, I’m Patrick Sullivan, one of the designer’s on Eternal, and this article is about all things Nightfall. This fan-favorite mechanic is makes its return in the March 2022 Draft Pack update, which means it will also be featured in Expedition. What follows is a FAQ (Fraudulently Acquired Questions) for those of you relatively new to the mechanic, or just as a general refresher course.

Nightfall is a keyword that appears on a number of card types, including spells, relics, and units. When a player plays a card with Nightfall, it becomes Night until the end of that player’s next turn.

What happens at Night?

When it is Night, at the start of a player’s turn, they draw an additional card and take one damage. In addition, some cards have bonuses or additional effects if they are played at Night. One such example is Darkbolt, which is now featured in the Draft Pack. 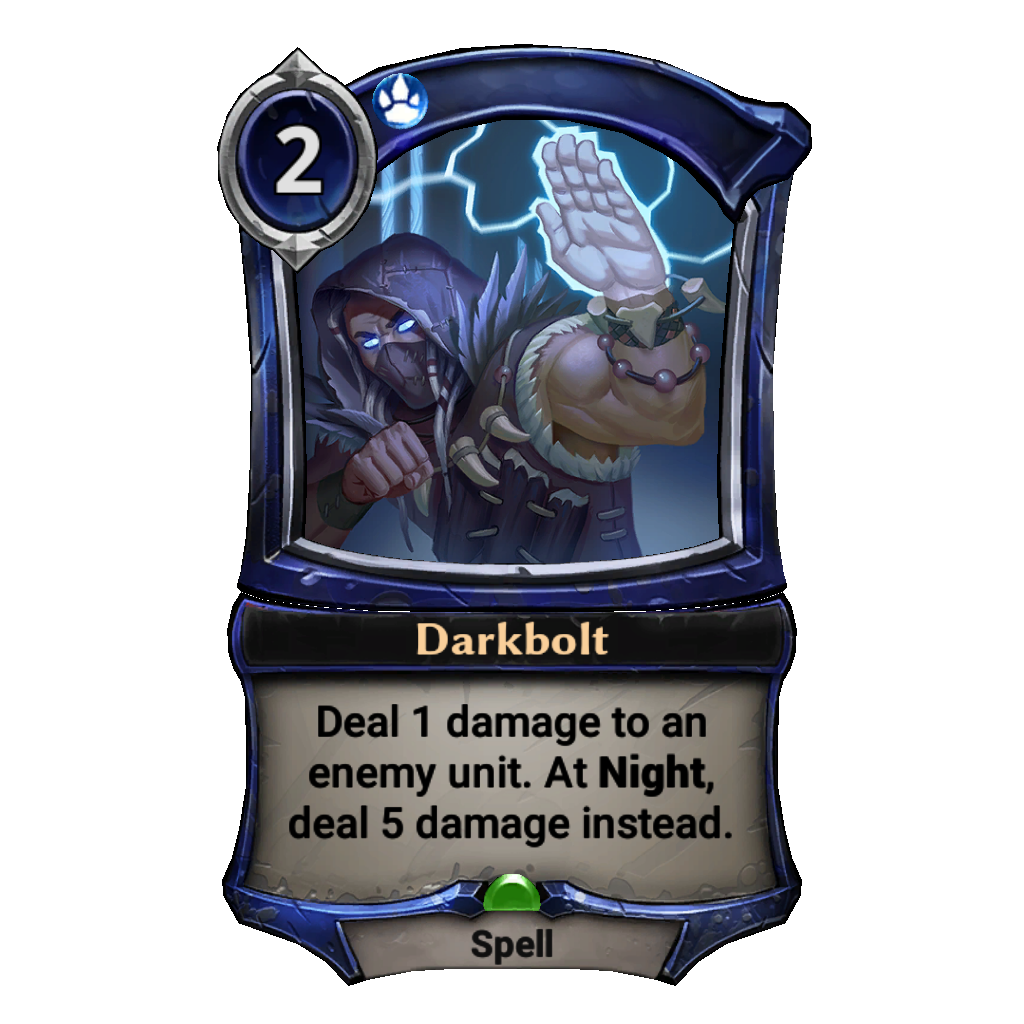 Also, the playmat goes dark, which both helps visually indicate when it is Night, and just looks cool.

The playmat will brighten slightly the turn before Nightfall ends, another visual cue to assist players in tracking its duration.

What happens when someone plays a Nightfall card when it is already Night?

The duration of Night extends another turn cycle whenever anyone plays a card with Nightfall. This is true regardless of which player plays it. The key thing here to note is that there is no way to “cheat” the symmetry, each player will draw an equal number of additional cards and take the same amount of damage regardless of how long Night lasts or which players play which Nightfall cards or in what order.

Are there any other characteristics of Night that don’t occur frequently enough to justify hanger text in the game itself but do happen frequently enough such that it would be good to clarify how they work for the purposes of a more long-form article?

I heard that there were some judicious buffs to old Nightfall cards that coincided with the Draft Pack update. Is there any truth to that?

Yes. Baying Serasaur, Nocturnal observer, Extinguish, and Bloodscent Avisaur all received buffs in the latest Live Balance patch. In addition, Bloodscent Avisaur will now be available in both the Draft Pack and boosters of The Dusk Road, the first time a former promo card has received this sort of treatment.

Are there any other updates to the draft format?

Yes, we are reversing the pack order, which will now be:

Where can I go to find the contents of the new Draft Pack?

As always, you can find the full list of Draft Pack cards here, and remember that this means they are legal in Expedition as well.

To celebrate the return of Nightfall, we will be offering a special discount on the Night Lurker Totem in the Eternal Store! 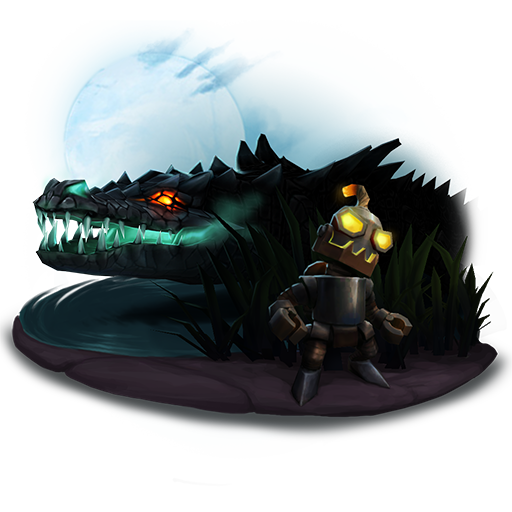 From now until March 9th this totem will be available for only 500 Gems! Pick yours up today!