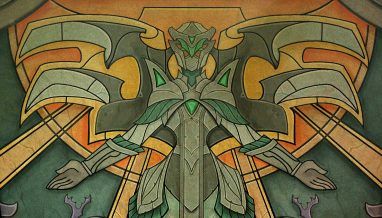 Promises by Firelight, the newest campaign in the ongoing story of Eternal, introduces 21 new (and Expedition legal!) cards that can be unlocked by completing 21 single-player games using story-driven preconstructed decks.

Xulta burns. The dragons and their cult run rampant, driven by dark whispers.

But Xulta has survived nightmares before. As Sol fades and the night closes in, keep close to the bonfire and heed the Tale Keeper's stories. Tales of fearsome beasts, ancient relics, and great champions…

For the tales of Xulta’s past may help preserve its future.

Promises by Firelight will also be available as a premium campaign, including four premium copies of each card (unlocked through playing the campaign), as well as a new, exclusive Aali, Champion of Kodosh premium avatar. 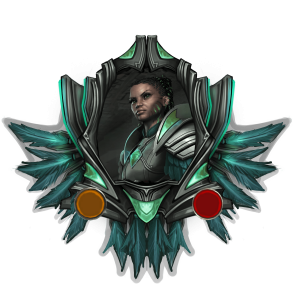 Will of the Ancestors

You can also purchase the Ancestor Bundle for $39.99 USD, which includes:

If you purchase the Ancestor Bundle directly from the Eternal Web Store, you also get 1 bonus Draft Ticket and 500 gems!

Heed the Ancestor’s call, and stand against the darkness in Promises by Firelight!

With the release of Promises by Firelight, we will also be removing The Trials of Grodov Xultan Bundle from the store. Don’t miss your chance to pick up the Xultan Premium Sigils!