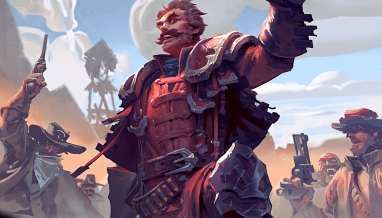 Next weekend, a new event comes to Eternal, with some special deck construction rules.

In the Heroes Rise event, your deck is defined by one of the many Heroes of Myria…and your fate is tied to theirs! Here’s how it works:

The Heroes Rise event begins on Friday, February 22, so you’ve got some time to get started on brewing up some new decks!

Get ready to join your favorite Hero and battle your way to victory!