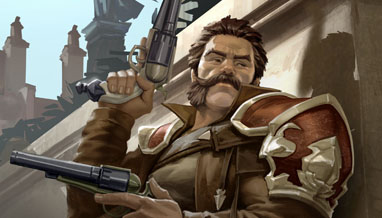 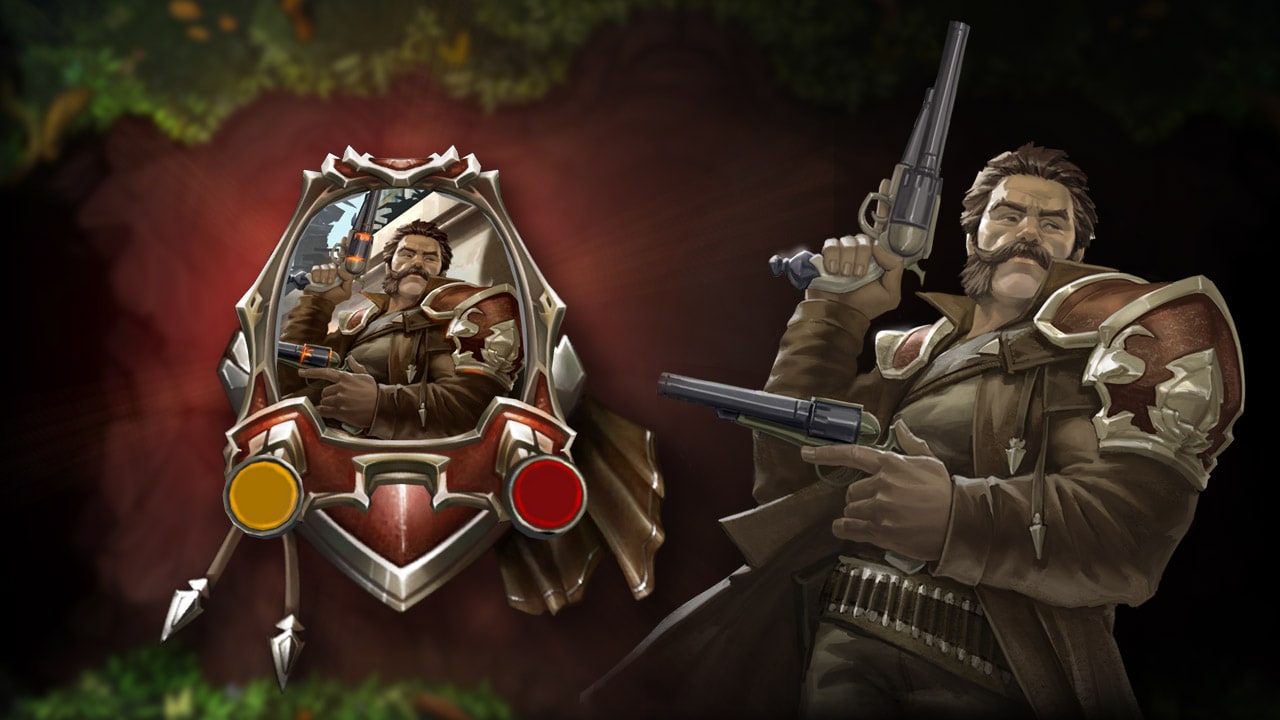 The wind-worn walls of the canyon glowed, reflecting an orange sunset as Milos picked his way along a precarious trail. The bounty hunter's terse message had elicited a wry smile. Jekk continued to surprise him.

Met someone who reminded me of your lot. Svetya.
She’s in a tight spot, could use help.
Meet her at the old caves. Pack ascarf.

Milos didn't care much for tyrants. 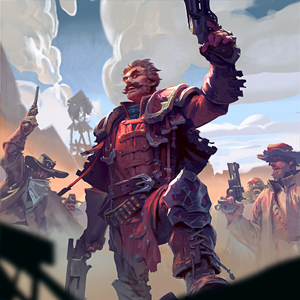 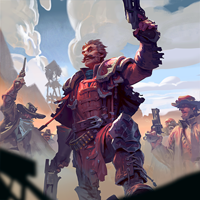 Milos had been in Argenport when he heard of the Kosul coup. Word was that the new Oren had installed himself by force, and ruled by terror. That sort of thing didn’t sit right with Milos, never had. It was a family trait. If he could act, and change things, he had to. Many of his friends had moved on, or didn’t want to start a fight that wasn’t theirs. But a few of his veterans remembered what it felt like to live under an iron fist. They had already decided they would not let Kosul suffer as Argenport had.

So here I am, Milos thought, stepping past a large, sandstone boulder to find an old friend—the entrance to a large cave, hidden in the shadow of the canyon wall.

They were his rebels. 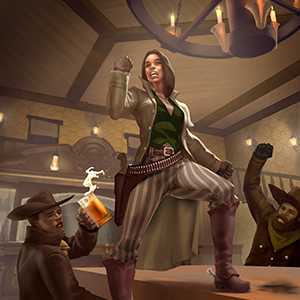 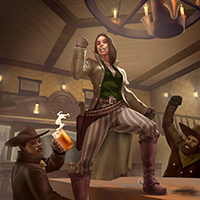 Hoped I’d never have to see this place again, Milos mused, walking down a short tunnel. The old hideout was a lofty cavern, scattered with the remains of long-dead campfires. Cracks in the ceiling let fading sunlight pool on the sandy floor. It still stank of sweat and stonepowder, though that could be more from his memories. Once, this cave had been lined with weapons and packed with rebels—Milos’ rebels—every one of them cocky, nervous, and eager to fight.

Should be dark by now. I wonder if she’ll show. From his pack, Milos pulled out a weathered map of Kosul and unrolled it across a large crate, picking a rusted lantern off the ground for a closer look. Striking a match on his boot, he lit the lantern carefully. Flickering light filled the corner of the empty cavern. Placing the lantern next to the map, Milos leaned back against the familiar stone and let the memories wash over him.

He did not have long to wait. As sunlight faded from the cavern, the clank of armor and grunt of some kind of beast echoed down the winding canyon. As footfalls came from the mouth of the cave, Milos reflexively checked his pistols and smoothed out the maps. I wonder if she understands what she’s asking, Milos thought, for us to put our lives on the line.

The figure that stepped into the light was… young. Damn, did I start that young too? Milos thought, rising and extending a hand.

If you want trouble... 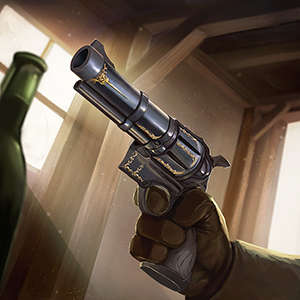 She was slight of build, pale, and blonde, with a red scarf that tied her hair. She pulled off a leather glove to shake his hand, and her grip was strong, her gaze wary. Milos noted the hunting knife on her belt. “Thank you for this meeting,” she gestured toward the cave ceiling. “Jekk told me you could help.”

“You here by yourself?” Milos grunted, hand on his holster, scanning the tunnel behind her.

Svetya crossed her arms. “No. My men are keeping watch outside. They’ll be in here at the first sound of a fight, or if I don’t check in with them in fifteen minutes.”

Milos raised an eyebrow, frowning, “I know Jekk told you to come alone. You don’t look like Inquisition, but if you’re here to start trouble, I have a few friends up on the canyon rim that’ll put a stop to that.

Svetya gave him a steely look before answering. “I’ve had several recent attempts on my life, so you’ll forgive my caution.”

Young, but had more than her share of troubles, Milos thought as he nodded slowly. “Fair enough. Sounds familiar. Sit down, please. Just keep your hands where I can see them.” 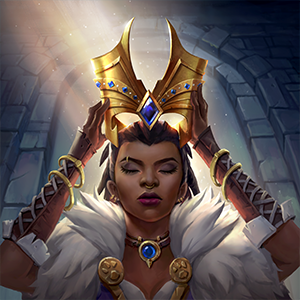 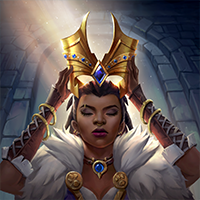 “As long as you do the same,” Svetya said, pacing over to the map-covered crate and taking a seat, her back rigid with tension. “Now, let’s talk.”

Milos barked out a laugh. “I can see why Jekk bothered. You don’t waste time, do you?”

Frustration flared behind Svetya’s controlled expression. “I’m sorry, but I wasted enough time in Argenport. Every day I delay is another day Yushkov stays in power. Another day that my people burn.”

Milos winced, the roar of emerald hellfire and the bubbling screams of his friends and their families ringing in his ears. “Of course. And that’s why I’m here.”

Svetya blinked, “To help me?”

Here’s where we find out. Milos shook his head, sitting down across from her. “No, not you. The people of Kosul.” 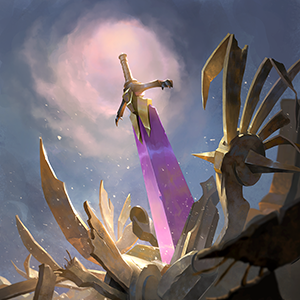 Svetya started to speak, but Milos held up a hand. “Hear me out. I don’t like crowns, never have. Doesn’t matter if it’s worn by a king or an Orhen, er, Orun…

“Oreen, right. Anyway, a crown puts too much power in the hands of too few folks.” Milos met Svetya’s gaze, his voice hardening. “But I like tyrants and murderers less. I’ve watched people burn too, and seen good men and women cut down by fanatics.”

There was a long pause, as Svetya considered this. Looking up, she asked, “And if I’m a bad queen, no better than Yushkov?”

Milos raised his eyebrows. “If you’re asking that question, you’re already way ahead of him in my book. Besides,” he shrugged, “if you make a mess of things, there will be others, like me, ready to step up. That’s what tyrants never seem to understand. The power you wield is on loan from your people. If you abuse it, we take it back.”

“That sounds like something my father would have said,” Svetya murmured, half to herself.

Milos blinked away the memory of a large, warm hand on his shoulder, and didn’t respond. The silence stretched on, the cavern quiet save for their breath.

Fighters, every one of 'em. 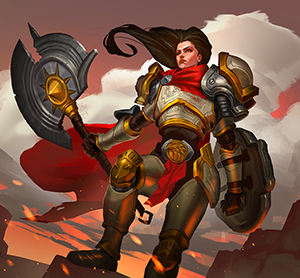 Just as Milos was about to speak, Svetya reached a decision. Nodding, she held out her hand and said, “I understand. If you’re willing to work with me, I could use experienced fighters like yourself. Innocent people are hurting. My people.”

“We can help them together,” Milos replied, standing. “I can’t offer an army, but every one of my rebels is worth ten of Yushkov’s mob. They’re tough, stubborn veterans.”

Svetya smiled for the first time, relief playing across her face as she shook her ally’s hand. “Sounds like they will get along just fine with my guard. Thank you.”

“Not in it for thanks,” Milos replied, reaching down to pull a dark bottle and two glasses from his pack. “It’s the right thing to do. Now…” He poured a finger of amber liquid into each glass, and set one in front of Svetya. “A drink, to seal the deal.” As Svetya reached for her tumbler, Milos added, “This is strong stuff, distilled in Kerendon. You may want to take it slow.”

Svetya laughed, throwing her head back in surprise and amusement. When her shoulders stopped shaking, she took the glass, knocked back the contents, and slammed the glass down on the map.

Grinning, she said, “You’ve never been to Kosul, have you?” 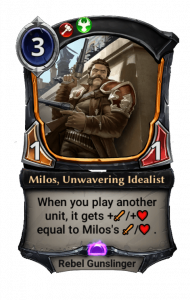 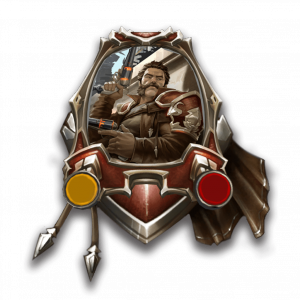