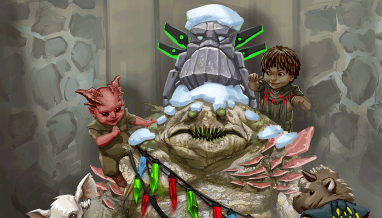 Xulta has many tales of heroes both past and present. Champions who heeded the Ancestors’ call, and rose to defend their home and their people.

But not every myth that the Tale Keeper remembers is so grand in its scope, nor so noble in its plot…

The rivers and jungles of Xulta offer bounties year-round, but the winter harvest is one of the largest and most celebrated. As the days grow short, and Sol’s anger dulls to a red slumber, Xultans collect the tools and other items that they have crafted, and the food they have gathered, and bring them together to celebrate surviving another year. 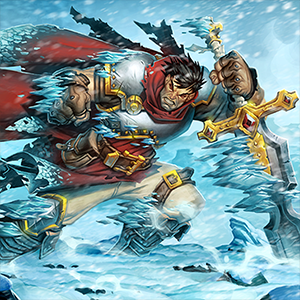 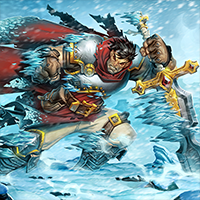 It is said that Makkar guards the festivities, while everyone gathers with their pack, their family. And Kodosh watches over the holiday as Xultans travel to share in the harvest.

In the village of Nairal, at the base of the Cloudfang mountains, one farmer was dealing with an unexpected complication: a stubborn carrot. The vegetable was huge, as thick around as an oak tree, with only its leafy stem poking up through the dirt. It was so heavy that he could not pull it from the frozen ground. He had harvested everything else on his land, and his breath was turning to fog the cold winter air.

“This thing is enormous,” he panted. “I cannot do this by myself.”

First, he asked his neighbor, a scribe of Kodosh, for help, but the carrot was too heavy. Next, he called on a cleric of Shavka to thaw the ground, but the carrot would not budge. While they struggled, a passing hunter saw their plight, and lent her daggers to the effort. No luck. Finally, the group called upon a warrior of Grodov.

By this point, the children of Nairal had gathered to watch the fun. They cheered as the minotaur wrapped his arms around the stalk. Muscles bulging, the warrior heaved. The carrot did not move. Scowling at the children’s laughter, the warrior planted his feet and tried again. Behind him, grunting and cursing, the farmer and his other friends lent their strength as well.

“I will not be bested by a plant!” the warrior of Grodov bellowed as the ground shook around him. With a great pop, the vegetable burst free. But instead of a carrot, it was an enormous mandrake! The beast roared, and raised great root-covered limbs over its head.

“What’s that?” gasped the hunter.

“Burn it!” called the cleric.

“My carrot!” cried the farmer. 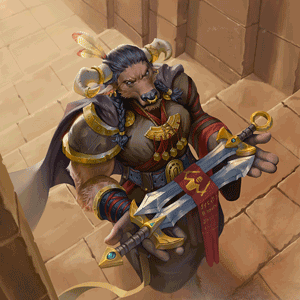 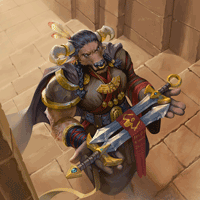 “Stand back,” the warrior declared, and charged the beast. With a bellow, the mandrake grabbed the minotaur by the horns and tossed him high over its shoulder. The warrior hit the ground with a heavy thud and the mandrake shambled past him, beady eyes set on the children.

Most of the young ones screamed in panic and turned to flee. But one young oni said, “The ground was so cold. Maybe it’s just lonely…”

As the giant plant stomped closer, the child held out a trembling hand. “I-it’s okay. You can come to the feast with us.”

“The only way that thing’s coming to the feast is on a platter!” The hunter shouted as she hurled a long knife. The blade stuck deep in the thing’s shoulder, but the beast did not falter. With a word, the cleric of Shavka hurled fire at the mandrake, but it barely left a scorch mark as the creature loomed over the trembling child.

…and felt chilly, dirt-encrusted roots gently take his hand. The oni looked up, and smiled at the mandrake. 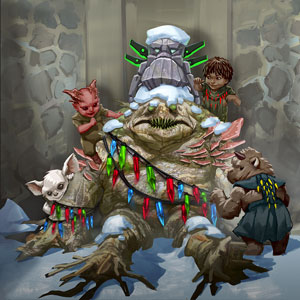 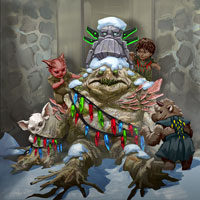 That year, the village hosted a special guest at the winter feast. As the hunters served roast gryffyn and stuffed qirin and the elders told tall tales by a crackling fire, the children of Nairal played with their new friend.

“Wait! It’s gotta hav’ gems like an adult. Go find some shiny rocks!”

As the children swarmed around it, mandrake roared; not with terror or fury, but with happiness. 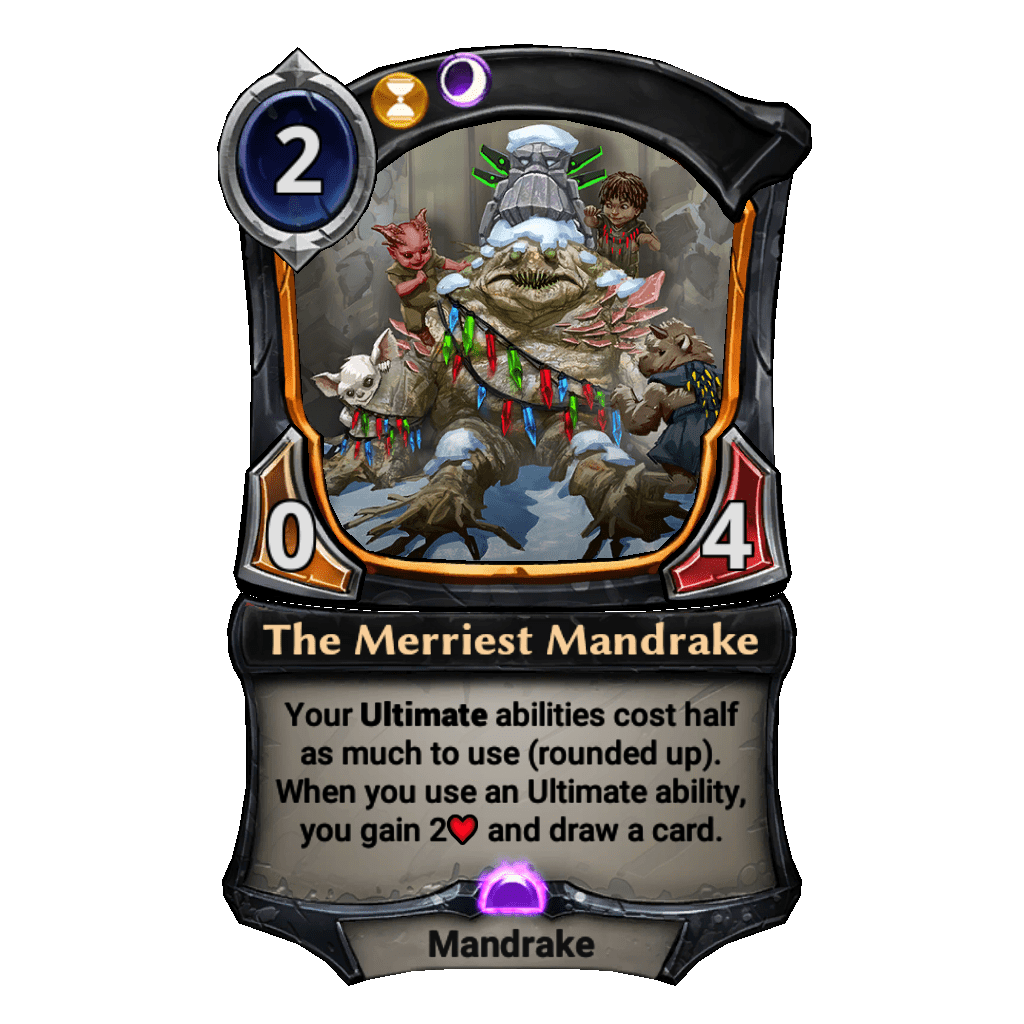 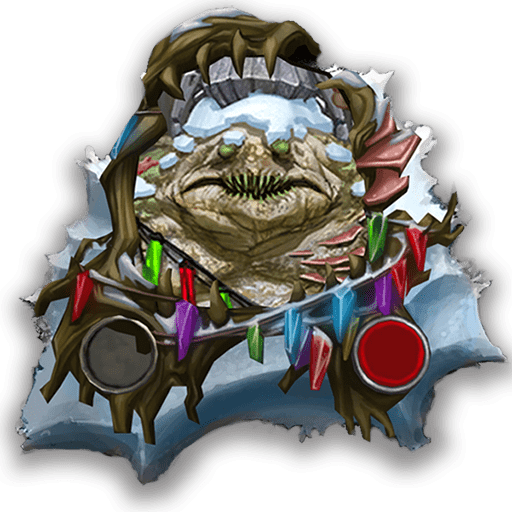