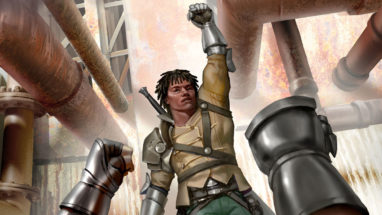 His breath was steady but his muscles were tense. He leaned over the outlined routes one more time. He gritted his teeth and stared at the bright birch wood of the table to focus against the agony in his side.

Still hurts. Damn it, she… he thought, then shook his head to shove the thoughts away.

It wasn’t her fault. Have to remember that.

His brown eyes continued to glare further. His vision grew hazy as the wave of pain rushed through him. His grip on the table grew tighter and his knuckles whitened before he managed to regain his composure.

He nodded to the concerned looks that surrounded him.

“Javan-” began a young man with a concerned look in his eyes.

“I’m fine. It will heal in time,” Javan said gruffly.

He took a breath and shook his head again. His memories threatened to hold him hostage. The sharp, decisive stab. The blood. Her unnerving gaze that no longer cared for him. Teryius no longer saw him as anything but an obstacle.

A thing to be destroyed and discarded.

Keep it professional. To the point. I can sell this, he growled to himself and took a step back to survey those gathered. This time he was ready for the jabs of pain from the patchwork of stitches that held him together.

Javan spoke loudly and clearly, but his salesman’s smile was nowhere to be seen. “Our enemies are the agents of chaos incarnate. Madness, betrayal…” He paused a moment and forced the words out, “…and bloodshed. Given form with one purpose: Bastion’s end.”

He noted the nods of the men and women around him. Some bore the evidence of the Queen’s influence. Scars, lost limbs, and forlorn expressions for those now gone. Some glanced off to nothing and battled silently with their own terrifying memories just as he had.

“These ‘Awakened’ are not infallible. They are not perfect. We can- no we must do something. Despite the rumors from up above, there is no back-up plan. There are no reinforcements. Anyone can become one of them. Be on your guard. We are the last defense. Those in the Reach have failed us, Stormhalt’s soldiers and the Covenant’s officers have failed us. She has taken that which we hold most precious. Our families, our friends.” He looked to those around him with a solemn gaze.

Tery… he thought as his features shifted to determination. Resolute and stalwart.

“They seek chaos? Destruction? Well, let’s oblige,” he spoke louder now and raised an arm to the air. He ignored the crackle of pain from his wound.

He kept his expression neutral. This was not quiet anger or a desire for revenge. This was readiness. This was war.

“Let’s dethrone this so-called Queen. Shatter the witch of glass!” he called out. Cheers echoed his sentiment. Arms raised in unison.

This was war and his soldiers were ready.

During the quest period, your first PvP win of the day will reward you with a copy of Javan, The Steel Crest!

Once the promo period is over, you’ll be able to craft the card using Shiftstone as normal.

The Javan, The Steel Crest Promo Quest begins today and will run until Monday, May 31st 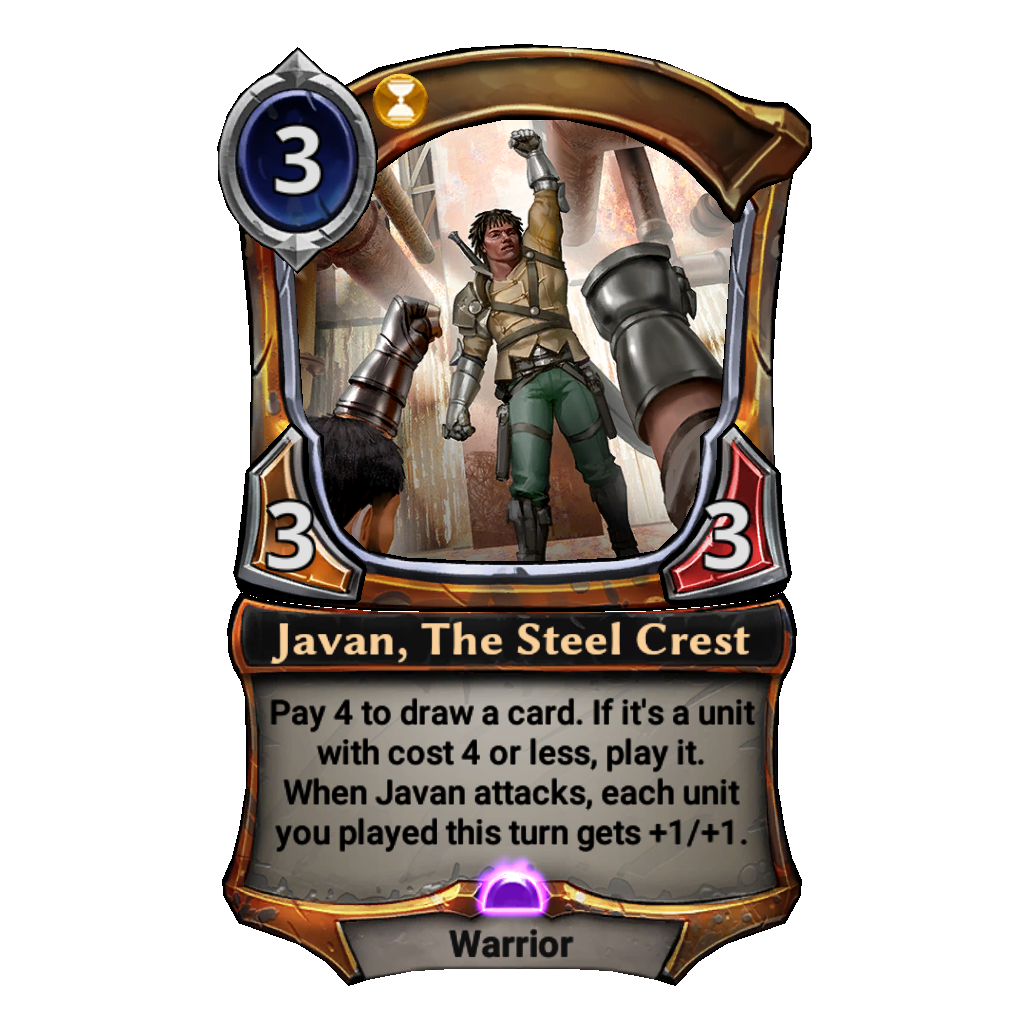 The Javan, The Steel Crest premium Avatar will be available in the store for 300 Gems for a limited time. 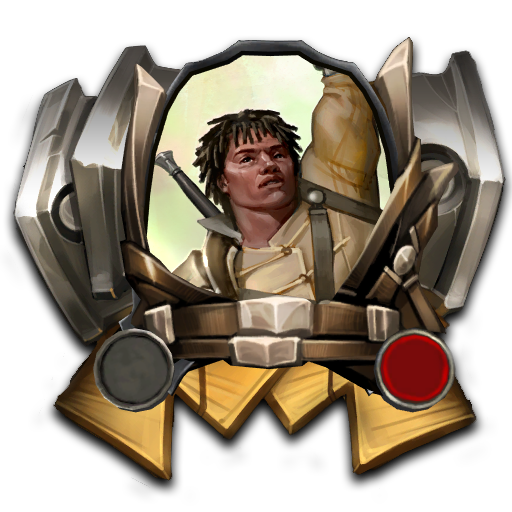 The Javan, The Steel Crest theme deck will also be available in the Store for 500 Gems for a limited time, and includes the avatar and 4 premium copies of the new promo!