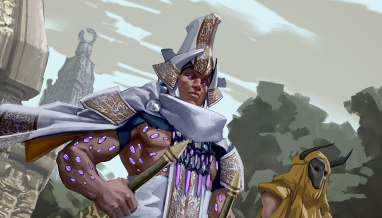 Verro remembered the first time he truly understood those words. He had been young, a farmer’s son visiting the city of Talman. As he looked over the crowded market, full of merchants, performers, and cattle, he had felt the wind—strong and cool on his skin—and watched it blow through the city. It danced everywhere, touching everyone. Kodosh watches over us, over Xulta. 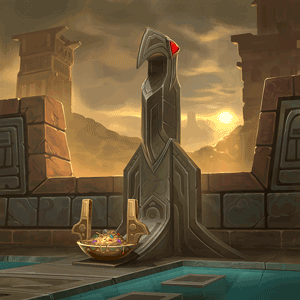 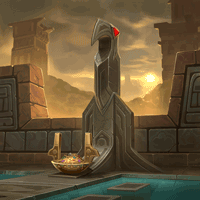 Since that moment, Verro had dedicated himself to his Ancestor, picking out gem tattoos on his skin in a feather pattern. The Listeners said that every morning the eagle-headed figure begged Sol to return, to give Xulta another day. So Verro committed his every day to protect the society that Kodosh worked to preserve.

And now… There had been rumors, stories from other cities of strangers stepping out of the darkness. Their skin was smooth, unadorned by gem or ink, and they spoke a harsh, foreign language. Worse yet, the cults of Sol were growing. As the sun dimmed, more and more turned their backs on the Ancestors to worship those draconic terrors, calling the beasts down to burn and destroy.

Verro had been watching the cults for a while, hunting down those he could and learning of their plans. Some spoke of Sol’s Altar, the looming plateau where, generations ago, the Ancestors had saved Xulta from fiery end. It was a cursed place, burned barren by Sol’s rage. And the cults are interested in it…

Verro fumed as he strode down Talman’s main thoroughfare. These heretics are an insult to Kodosh— to us all—and whenever I crush one of their cells, two more appear. The setting sun caught the gilded edge of his pale robes as people hurried to get out of his path. No one wanted to be in the way of a paladin out to enforce the will of the Ancestors. Jaw set, Verro strode towards a large stone building.

Time to end this obsession, he thought, hand resting on the hilt of his ceremonial blade. All Xultans shared the Blood of Makkar, which bound them together as kin. Shedding it was a grievous offense. But there are ways to get the information I need… 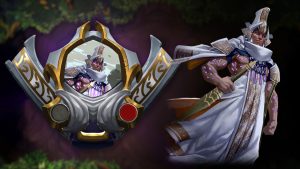 The warehouse was hot, lit by large, crackling braziers. Flamefangs, a creature favored by Shavka and her artisans, twisted through the ash.

It was late, but many craftspeople were still hard at work. They froze when they saw Verro in the archway, brushes pausing in mid-strike, and hammers halting above anvils. He savored the effect, taking a slow breath before speaking.

“I am looking for the artist Koen. Everyone else can go.” No one moved. Verro narrowed his eyes.

The artisans fled, shoving past the paladin in their hurry. They left an elf in simple robes standing alone at his workbench, shaking. 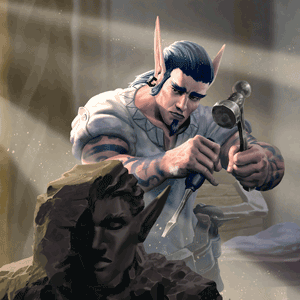 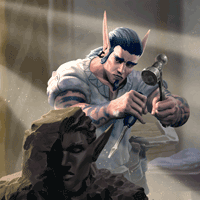 “W-what can I do for you, paladin?” Koen asked, trying to keep his voice steady. Verro stalked towards him. A brazier stood next to Koen’s workspace, and the only noise in the warehouse was the crackle of embers. Verro smiled.

“You are an artisan of Shavka, yes?”

Verro leaned across the desk and growled. “So why were you consorting with cultists and heretics three nights ago?”

“Lies!” Verro snarled. With a heavy hand, he grabbed Koen’s wrist. “I saw you. I have rumors, artist, but I need answers. You will tell me what I need to know.”

“Dare?” Verro asked, twisting the elf’s wrist. I must learn what those dragon-callers are up to. With his other hand, Verro used the tip of his sword to knock over the brazier, scattering coals across the desk and coating his robes in soot. Verro continued, “Shavka is the Scattered Ash. The Ancestor of fickle, burning inspiration. Perhaps her touch will loosen your tongue.” Slowly, he bent Koen’s hand backwards towards a large, glowing coal.

“Tell me where they are meeting,” Verro countered. There was a sizzling sound as the artist’s hand touched the ember, and Koen shrieked. Verro’s eyes shone as he held the artist’s hand in place. “Tell me,” he hissed.

Koen broke. “A-alright,” he said, tears running down his cheeks. Verro knocked the coal away, satisfaction flowing through him like a cold wind. I am the eagle’s talon. I will tear out this rot.

The mask shone in the firelight. 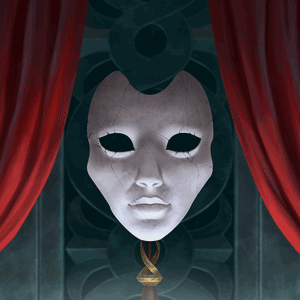 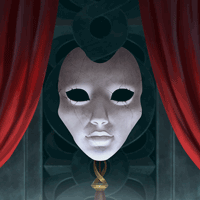 The room was hazy, filled with a pungent incense and quiet chanting. Two figures lay on the stone floor, prostrating themselves before a cracked stone altar. Another robed figure moved through the smoke, firelight glinting off her mask and the ornate daggers she held in each hand.

The chant grew in volume as the leader swayed to the rhythm until the wooden door shattered, showering the cultists in splinters.

“Profaners of the Ancestor’s peace!” Verro bellowed, stepping into the room, sword held high. His eyes stung from the smoke, but he glared through it, determined not to let this chance escape him. Kodosh saves Xulta every morning… the rest is up to me.

“Stop him.” The command was low, frantic. Verro saw someone in a pale mask point a blade at him. Two figures launched themselves at him through the smoke. One grabbed his sword arm, hands straining for the blade. The other clawed at Verro’s face.

Roaring, Verro used his free hand to grab the clawing cultist’s head and crack it against the stone wall. The cultist stumbled and slumped, but Verro was already turning. He knocked the other cultist back with a heavy blow, and, before the man could recover, Verro ran him through, blood soaking his side. Two less servants of Sol.

Panting, the paladin turned. The leader stood in front of her brimstone altar, a knife in either hand. The smoke seemed to curl and writhe around the blades.

“You shed blood so easily,” she taunted from beneath the mask.

“As do you,” Verro said, stepping forward. “I’ve seen the remains of your other rituals. Tell me, were all your sacrifices willing?”

Verro barked out a laugh. “I serve a higher purpose. I am here to end your work, whatever it may be.”

There is beauty in the flame... 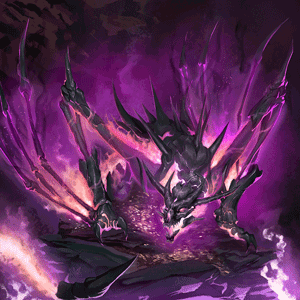 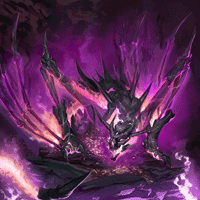 The cultist glided through the haze. “There are many like me, inquisitor, who hear the whispers, and find beauty in the flame.”

“No matter,” Verro spat, “Kodosh sees all. You cannot hide from me.” He charged, knocking the dagger aside with his longer sword, and barreled into the leader. She stumbled back, tripping over the edge of the altar. Verro’s blade followed her down, catching her in the ribs. As he leaned forward, she hissed, lashing out with a smoke-covered blade. A burning cut opened across his palm, and the smoke around him seemed to grow thicker.

“Can your… Ancestor. See through the Shadow?” She coughed, clutching at the wound.

The cultist bit back a scream, “Ever since those outsiders set foot on Xultan soil-” she broke off, coughing blood. Some of it spattered on Vero’s white collar. “Sol’s voice has grown…” She slumped, voice faltering. But as Verro pushed himself to his feet, something remained. A quiet whisper in the shadows.

It’s nothing, he thought, the cut on his hand throbbing. As he cleaned his blade with the hem of his robe, Verro looked around the room. The two aspirants were starting to stir. Verro’s lip curled. This place should be put to flame. No blood will be shed if this place turns to ash.

When Verro returned to his small rooms, he stank of smoke and blood. Kneeling over a bowl of cold water, he began to wash and bandage his wounds. As he scrubbed the cut on his palm, the gem tattoos that dotted his torso seemed less bright. Just a trick of the light, he thought.

That night, as he lay in bed, the woman’s words echoed in his mind.

Can your Ancestor pierce the Shadow? See things beyond Xulta? 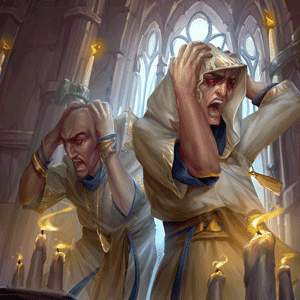 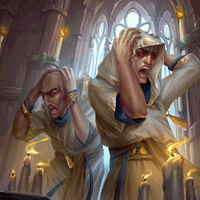 Scowling, he balled his injured hand into a fist until pain washed the doubt away.

The whispers were there the next morning. How far can the Ancestors see? Exhausted, Verro barely noticed that his white robes were stained when he pulled them on. It was raining, and he stumbled outside, grateful for the noise of the downpour.

That witch, what did she do to me?

Nothing worse than what you did to the artist…

Had that thought been his? Verro whirled around. There was nothing behind him.

The whispers followed him through the streets of Talman. The ache in his hand had spread to his whole arm. People still fled from his path, but now they did so to avoid his burning eyes.

“No, no,” Verro muttered. The sky darkens over Sol’s Altar. A doom from beyond Xulta.

“No!” He said, his voice hoarse. He could feel eyes on him. He was being watched. Verro shoved someone out of his way and stumbled into one of Talman’s market squares. I remember this place…

Soon it will burn. The hissing voice was not his. Verro looked at his hands. The wound from the cultist’s blade had reopened, and was weeping blood.

“What… what do you want, fiend?” Verro panted. 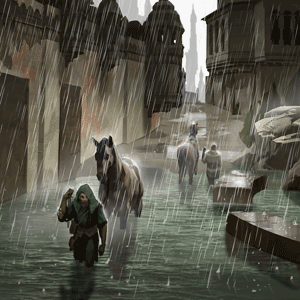 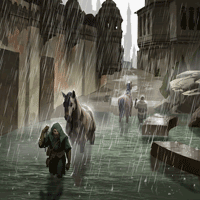 The same thing you want. The truth, the whispers said, mockingly.

The truth, inquisitor. Your truth.

Verro rallied, pushing himself to his feet with a surge of defiance. “I have always done what Kodosh commanded of me.”

There was a soft chuckle amidst the rain. Around him, Verro was dimly aware of a crowd forming. Your Ancestors are silent, something whispered. You have killed for them, yes?

“No!” Verro roared. “I have done what is necessary to save Xulta. The blood I shed was the blood of heretics!”

There was a gasp from the crowd, and a few figures left, fleeing.

How dare they run, Verro thought, swaying, They should know, they should all know what I have done in their name!

Yes, the whispers agreed. Tell them.

I will… Verro thought, raising his eyes to the sky. But there were no answers in the wind.

When Verro came to, he was somewhere else. Deep in the jungle. Two other paladins stood on either side of him. They looked away, and refused to meet his gaze. The whispers swirled in his head, too many to understand. One of the Listeners stood in front of him. The elder spoke, voice hard despite her wrinkled face and grey hair.

“Paladin Verro, you have spilled the blood of Makkar. You have wasted the Ancestors’ gift of life, killing in your own quest for vengeance. For this, you know the penalty. Exile.”

Verro’s once-white robes were stained black with soot, mud, and blood, but he did not notice as he was dragged towards the darkness.

“Listen!” He shouted. “I can hear him. Warnings on the wind!” Verro’s voice grew hoarse as he pleaded. “Like moths to a flame, we watch Sol’s fading light, and ignore the gathering dark until it is too late!”

He kept screaming until the world around him went dark, and Verro could see no more. 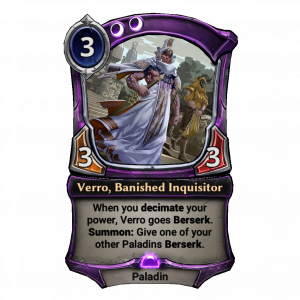 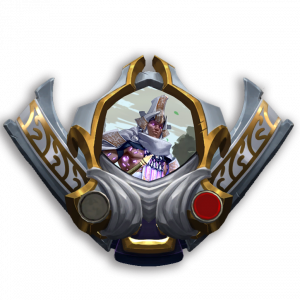