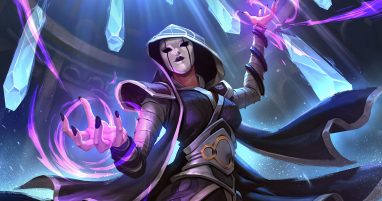 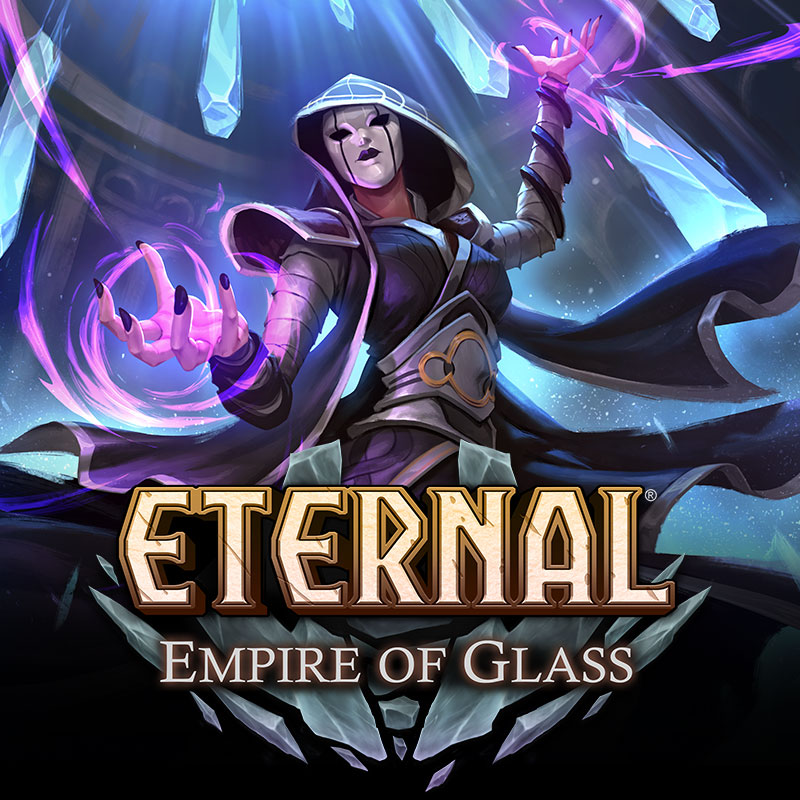 “Look at them build: Such spirit. How different would history have been, I wonder, if every civilization had been so single-minded in pursuing its own survival?”

The hulking armored man at her side makes no reply; he never does.

“We would not have found ourselves here.”

The pair watches the ongoing construction of the Speaking Circle from a shadowed tunnel archway. They listen to the steady thrum of sentinels at work under the direction of the Grand Builders, raising another tiered buttress that will lift the tower city of Bastion further into the sky.

“Hmm,” she muses, expressionless behind her smooth porcelain mask. “They know what is coming: The shadowsea rises. It is unavoidable. All this,” she gestures at Sol’s Needle before them, the highest pinnacle of Bastion, “is all so fragile. They struggle only to give themselves time. They think that time can save them.”

“But…” she is still, her masked gaze focused on one of the workmen piloting a golem to lift a massive iron girder into place overhead, “…it cannot.”

As she speaks, the man in the distant golem goes slack for a moment, like a child falling asleep in his father’s arms. Then he shakes his head as he comes to, as if waking from a disturbing dream. He looks around the construction site calmly, then sets to his newfound purpose.

The golem under his direction goes berserk, sweeping the iron beam through scaffolding as easily as a scythe through the plant crops of the Feeding Glens far below. Shouts and the squeal of twisting metal erupts into chaos as bodies fly and weeks of work are undone in a moment of betrayal.

“Come,” she turns to her companion as violence sweeps across the work site. “We are done here.”

The woman they call The Queen of Glass pulls her hood further forward as she disappears into the dark tunnel leading into the city’s spiraling core.

Behind her, a gunshot rings out and the rampaging golem goes as still as its pilot. She does not look back.

The Last Bastion will shatter. Her work will finally end.

Empire of Glass, the tenth set in Eternal®, is coming on Monday, December 14th!

Get ready for 200+ new cards, new mechanics, and a new world to discover in the tower city of Bastion when Empire of Glass comes to Eternal!

The Queen of Glass has set her agenda in motion…here’s a first look at what she has in store for Bastion:

When you play The Speaking Circle, you’ll choose one from a set of three different random spells a total of three times to set the site’s Agenda.

Then you’ll play one immediately, as usual.

The Empire of Glass Pre-Order Bundle 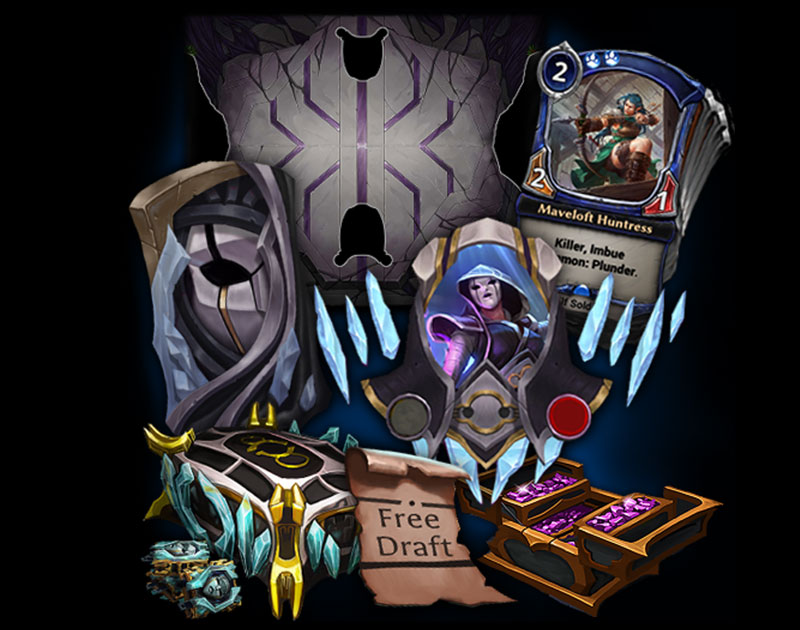 Starting on Monday, December 7th, the Empire of Glass Pre-Order Bundle will be available in-game and via the Eternal Web Store for $49.99! 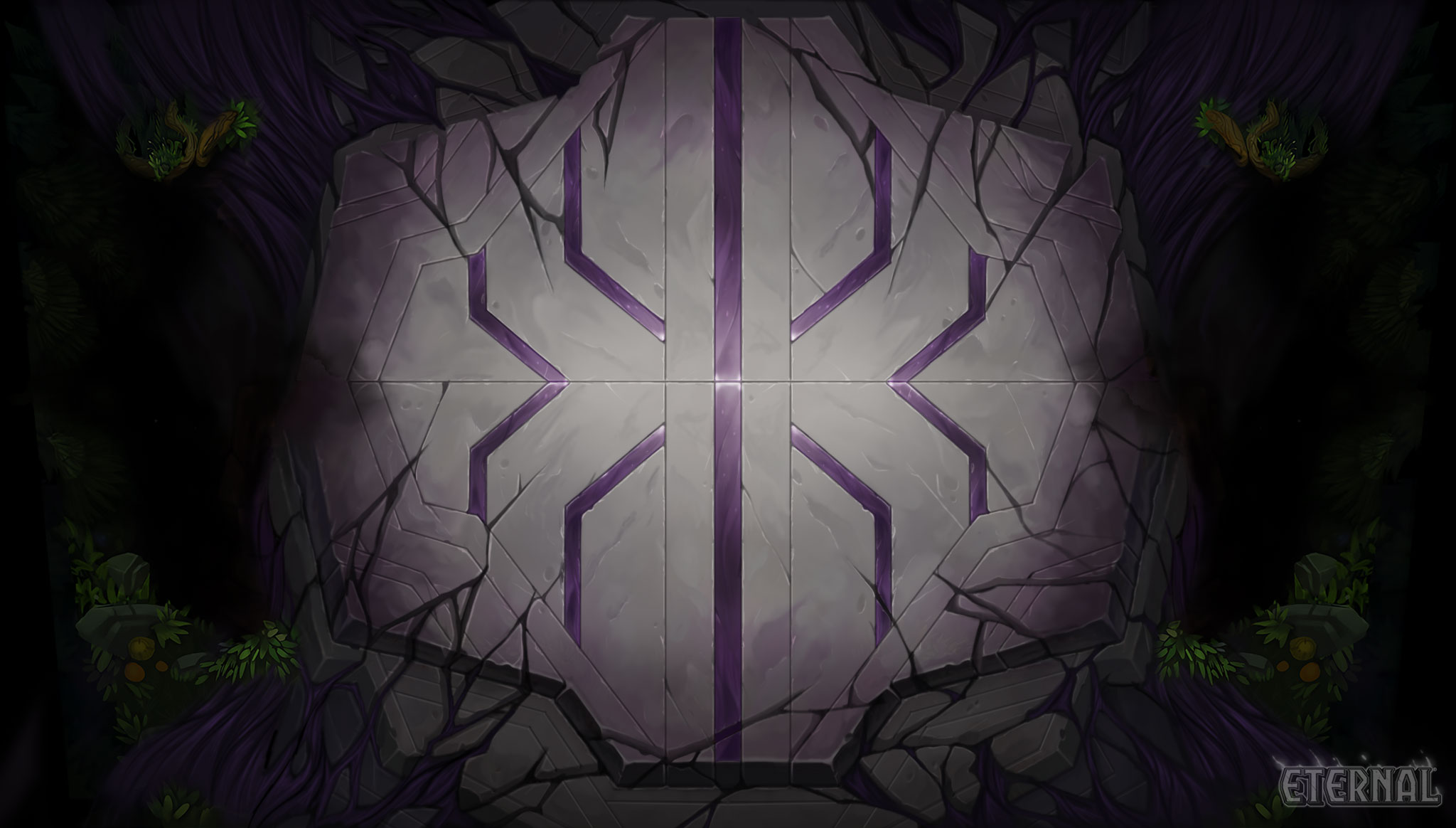 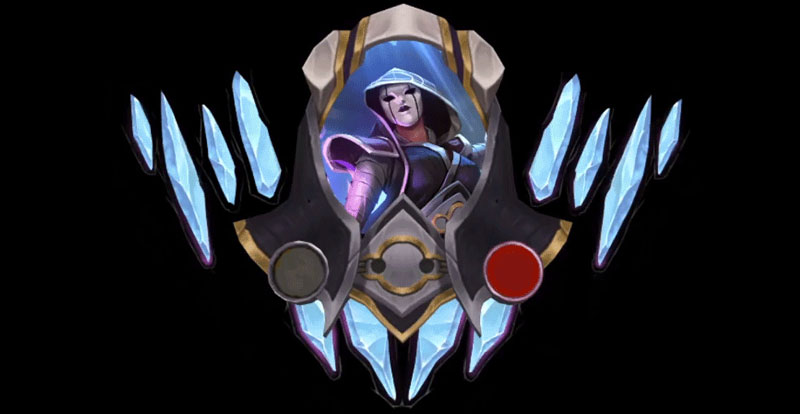 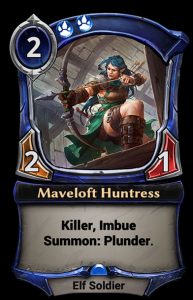 The Empire of Glass Pre-Order Bundle will only be available until release day on 12/14, so don’t miss your chance to catch some great value on new cards and gorgeous cosmetics!

With so many new cards on the way, Draft is going to be a whole new card game!

Begin to explore the new format in a special Draft Preview window starting on December 7 when the Pre-Order becomes available! All packs will shift to Eternal Draft Packs which will include a curated pool of 60+ commons and uncommons from Empire of Glass!

You keep any cards you draft and can use them immediately in Throne and Expedition play,  so the Draft Preview gives you a chance to get hands-on with some sweet new stuff before the official release!

Join us for a special preview event the weekend before the set release!

The Heralds of Bastion Preview Event is your chance to catch a glimpse of some of the many denizens of the tower city, in a constructed Throne event with a special rule:

When you play your first Grenadin, Soldier, Valkyrie, Mandrake, and Sentinel each game, create and draw a related card from Empire of Glass.

The Heralds of Bastion Preview Event will run from Friday, December 11 until the new set releases on Monday, December 14, and will award packs from Empire of Glass as prizes!

We’re updating the final week of December’s Sealed League to include two packs of Empire of Glass!

Additionally, all reward packs will be updated to Empire of Glass to help you get a head start on collecting the latest set!

As with prior set releases, an extremely limited number of spoilers will be available in the Community Store for 35,000 Influence each, with a maximum of one per account. If you manage to get one, you can share it with the community however you’d like — write an article, make a video, donate it to a favorite streamer — all we ask is that you don’t misrepresent the actual card.

Will Bastion rise above the shadowsea, or will the mysterious Queen of Glass bring the tower city crashing down?

Get ready for the next chapter in the ongoing story of Eternal when Empire of Glass releases on December 14!