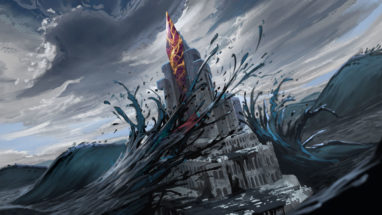 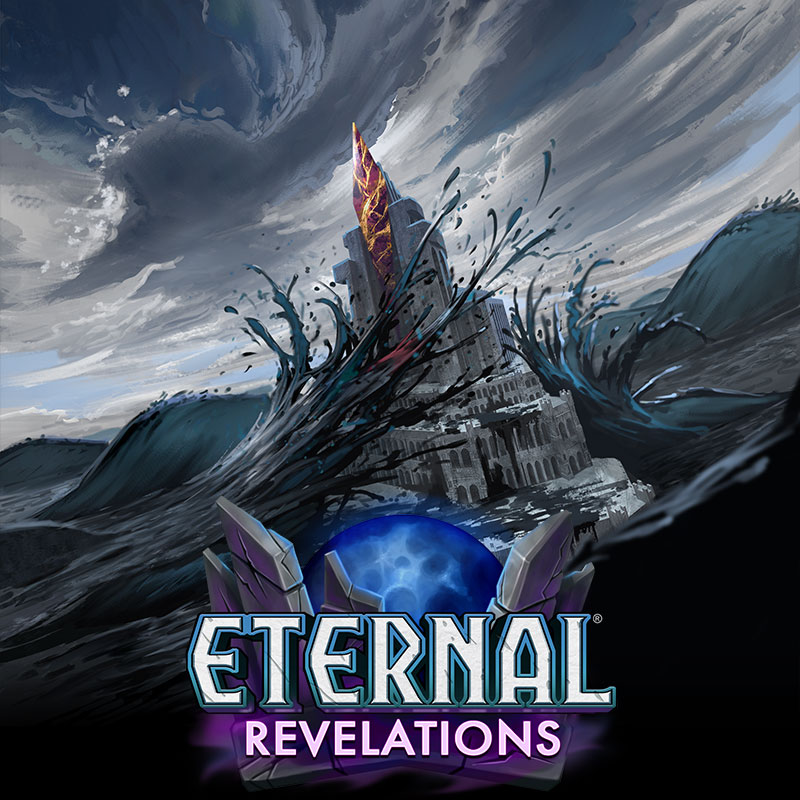 “Bastion still stands…” the Queen of Glass says flatly, standing at a high balcony to survey the wreckage that the storm left scattered across the Reach. The massive armored figure beside her remains silent, as always. She looks away. “Tch.”

“I suppose we’ve always known that it would come to this.” Her voice is distant – tinged with sadness, but resolved. “I had hoped that we could break the cycle…could create another way. If only the storm had done its work, it would have been a kindness.”

The heavy metallic sounds of repair and reconstruction have already begun in the square below. In Bastion, not a single day can be spared as the Shadowsea rises ever higher. The storm has passed, and now the great task of survival goes on.

She sighs. “We still have other methods – more direct – to do what must be done. And it is long past time.” The Queen of Glass steps away from the balcony rail. She does not beckon for the man to follow; she knows that he will, and he does.

“We’ve always known what the coming confrontation will cost me.” The woman reflexively touches the smooth porcelain mask that hides her face. “But we do have the advantage,” she muses as she slips into the grey shadows of the tower, “of also knowing how it will end.”

Revelations, the eleventh set in Eternal®, is coming on Tuesday, May 18th!

Bastion teeters on the brink of ruin…and there are those within the tower city that would see it all come crashing down. The next chapter unfolds with 200+ new cards, new mechanics, and new threats to survive as Revelations comes to Eternal!

Sinister forces are at work in Bastion…with plots set in motion that are soon to be revealed: 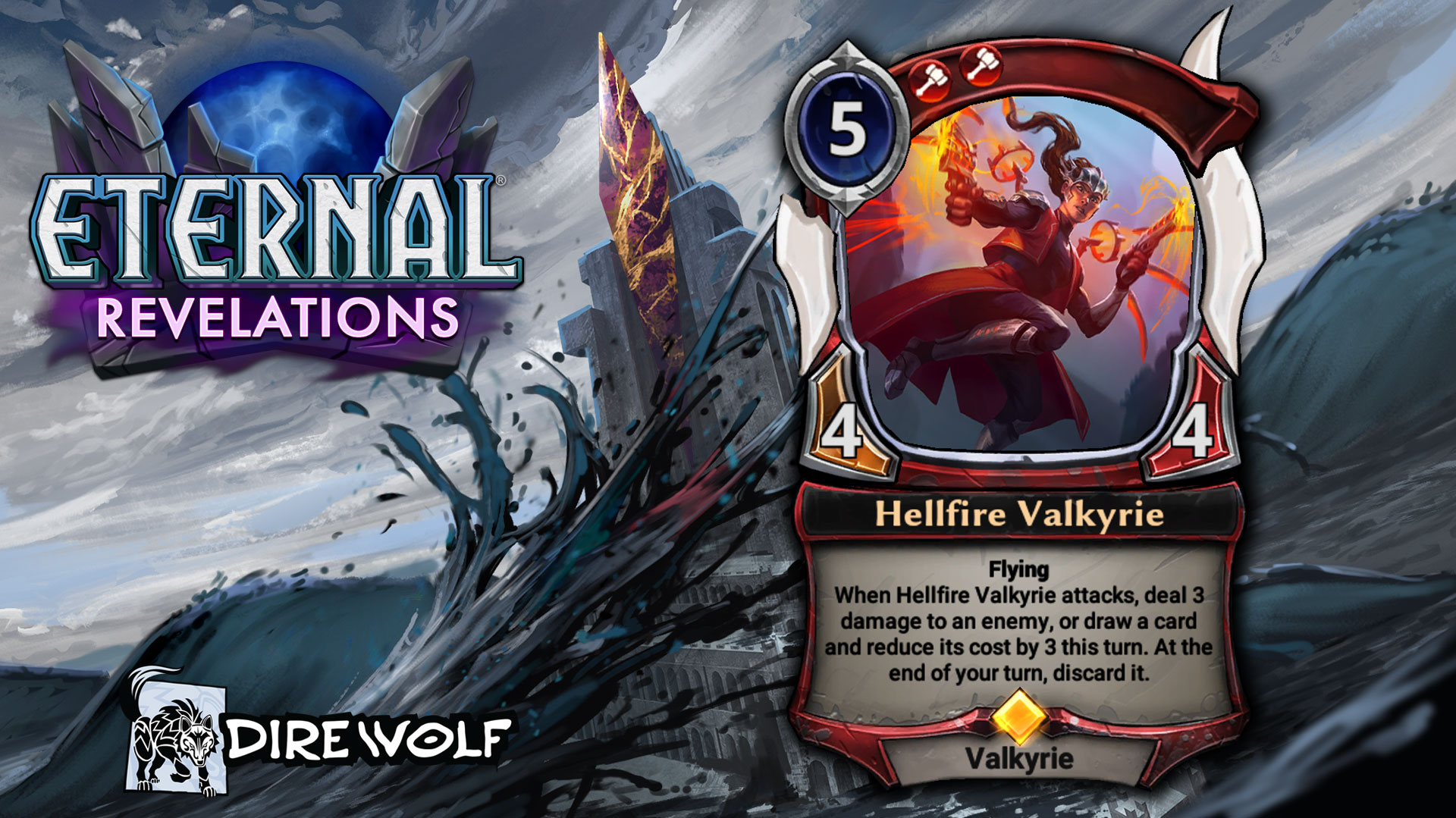 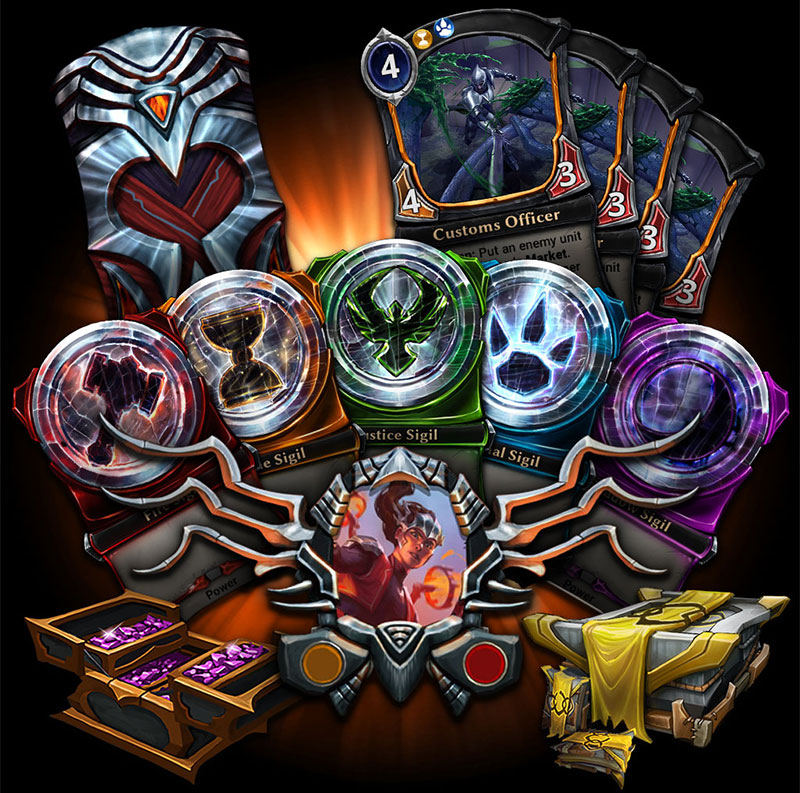 Starting this Thursday, May 6th, the Revelations Pre-Order Bundle will be available in-game and via the Eternal Web Store for $49.99!

The Revelations Pre-Order Bundle will only be available until release day on 5/18, so don’t miss your chance to catch some great value on new cards and gorgeous cosmetics!

A whole new Draft experience is on the way with the release of Revelations, but you can get hands-on with the new cards before launch day in a special Draft Preview window starting Monday, May 10!

During the Draft Preview, Draft Packs will include a curated pool of 61 commons and uncommons from Revelations!

You keep any cards you draft and can use them immediately in Throne and Expedition play,  so the Draft Preview gives you a chance to get hands-on with some sweet new stuff before the official release!

The weekend before the set release, join us for the Enemies Unknown Preview Event, showcasing one of the new mechanics coming in Revelations!

The Enemies Unknown Preview Event will run from Friday, May 14 until the new set releases, and will award packs from Revelations as prizes!

We’re updating the final week of May’s Sealed League to include two packs of Revelations!

Additionally, all reward packs will be updated to Revelations to help you get a head start on collecting the latest set!

Community spoilers return for the release of Revelations!

As with prior set releases, an extremely limited number of spoilers will be available in the Community Store for 35,000 Influence each, with a maximum of one per account. If you manage to get one, you can share it with the community however you’d like – write an article, make a video, donate it to a favorite streamer – all we ask is that you don’t misrepresent the actual card.

Much is hidden that will be revealed when Revelations comes to Eternal on May 18!