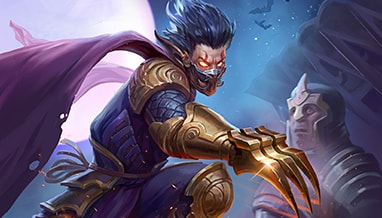 Rindra, the Duskblade is one of the most feared assassins in Myria…and that’s just during the day. 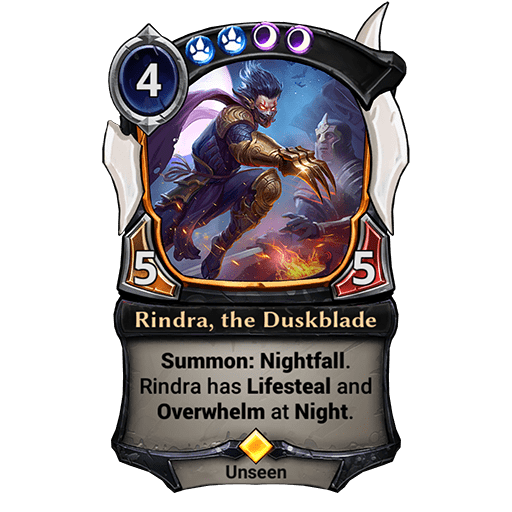 He’s always a force to be reckoned with, but Rindra is especially skilled at combat at Night. And wouldn’t you know it? He always seems to show up right when Night falls…

The extra cards can smooth out draws and provide added fuel to increase the options at your disposal; but be warned… The Night is extremely dangerous. Damage from Night can’t be responded to, nor can it be stopped by Aegis!

Speaking of Aegis, the Night is great for stealth and those skilled enough to move undetected. 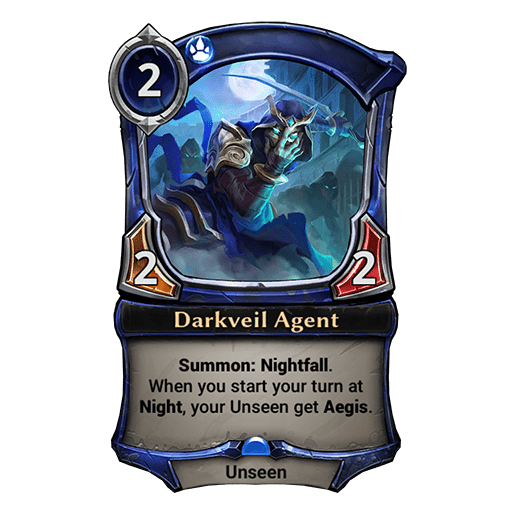 Darkveil Agent is an efficient way to usher in the Night, and the cover of darkness is all he needs to keep your Unseen safe. Even if they try to find removal spells for the Agent, they’d better do it in the safety of daylight – because as long as it’s Night, Darkveil Agent will keep granting Aegis turn after turn, even to units that have already gained Aegis from him before!

Of course, the Cover of Darkness can also lead to attacks out of nowhere, possibly toppling even the best laid plans… 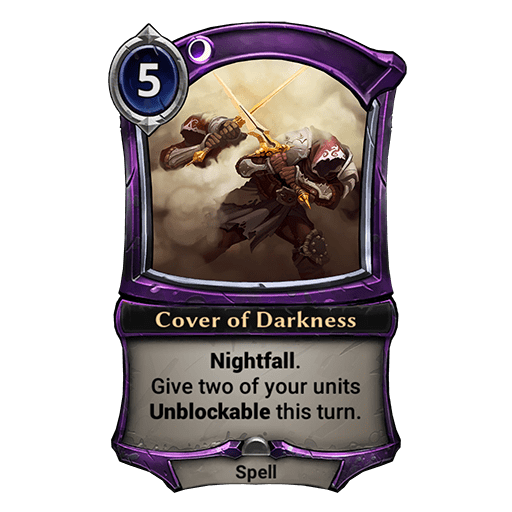 Cover of Darkness makes Night fall, just a like a card with “Summon: Nightfall”. It just happens to also make two of your units unblockable, which sometimes is just enough… or will be. 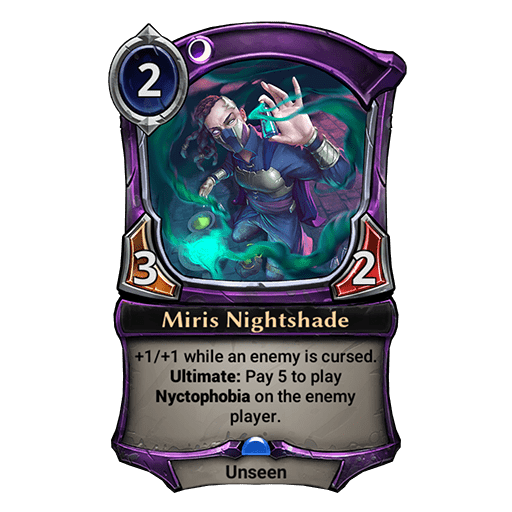 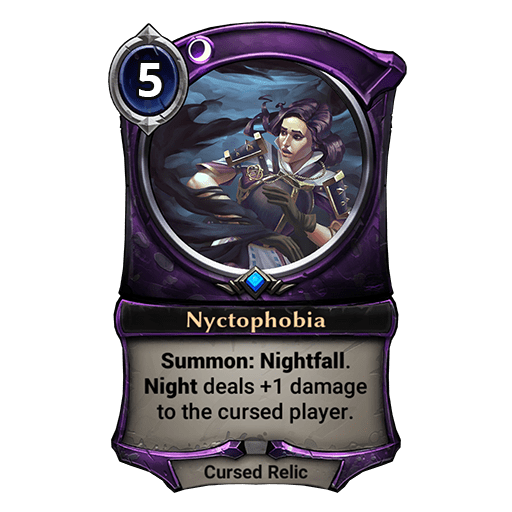 Miris Nightshade is particularly fond of preying on the cursed. While a 3/2 for two isn’t too shabby, she much prefers being a 4/3. While there are a variety of curses that may befall her enemies naturally, she’s not one to leave this to chance. Using her Ultimate creates a Nyctophobia curse and plays it on the enemy player. Nyctophobia makes Night fall, and now the cursed player takes two damage at Night, instead of one…

Well, unless you put more Nyctophobias on them, since they do stack! 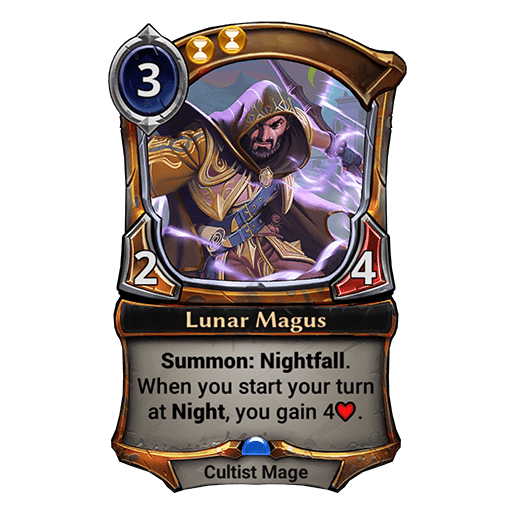 As dangerous as Night can be, not it’s not all doom and gloom.

Some Time Mages do their best work at Night…