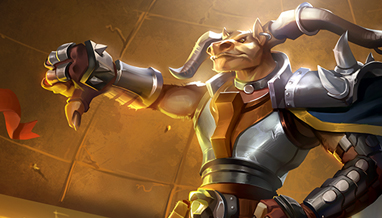 Omens of the Past Legendary Preview Event

We’re back with another new preview event, this time playing with five new legendary cards from Eternal: Omens of the Past!

Change is coming to Eternal. The Resistance is broken, but at tremendous cost. Much of Argenport lies in ruin. The balance of power is shifting, and the Omens of the Past take on strange and surprising new meaning.

Fearing what Rolant has done, Eilyn flees north with refugees from the capital, seeking shelter among the Hooru. The owls grant her a place of peace and safety, but in her time among the Unseen, Eilyn begins to experience troubling dreams of a brilliant light burning deep within the Shadowlands.

Now the de facto ruler of what remains of Argenport, Rolant struggles to maintain order in a city ever more reliant upon the Cabal for day-to-day survival. Haunted by his choices, he grows paranoid – and increasingly brutal in his methods.

Driven by forbidden research, Talir discovers that the key to Caiphus’ death lies within the Shadowlands. She becomes bold in her magical experiments to repel the region’s corrosive effects. She looks to the past, to the lost art of creating sentinels, in hopes of better understanding the old knowledge that has long been lost.

Kaleb traces evidence of his birth to the glacial mountain calderas of the Skycrag territories. The journey there is long and lonely, and what he finds surprises him: beneath the steaming water a sunken tower radiates magical energy and serves as a breeding ground for dragons.

Newly free from Azindel’s influence, Vara pursues her former adviser. She learns that he has taken refuge in the ruined Xenan Temple; there she finds no trace of Azindel, but instead a cult of Radiant-worshipers who pay a terrifying price for the power they crave.

In this event, you’ll play a single deck through each run – no switching! When you enter the event, you’ll get four copies of the matching legendary preview card shuffled into your deck!

The cards are available just for this event – you don’t get to keep them – but you can earn Omens of the Past packs for playing and for performing well on the Leaderboard! (Packs will be able to be opened upon the full release of Omens of the Past.)

The Omens of the Past Legendary Preview Event will run all weekend. We’ll see you in the game!