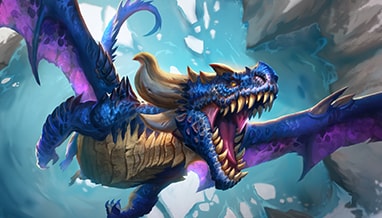 Omens of the Past Preview Event

We’ve started to see the first spoilers from Omens of the Past…so let’s play some games with them!

Omens of the Past brings five new alliances to Eternal, and this is their time to shine! To enter the Preview Event, you’ll need a deck containing ONLY cards from the Omens of the Past faction pairs:

At the start of each game you’ll get four copies of one of this week’s preview cards shuffled into your deck! You can switch decks freely between games, so feel free to experiment with different combinations.

The cards are available just for this event – you don’t get to keep them – but you can earn Omens of the Past packs for playing and for performing well on the Leaderboard! (Packs will be able to be opened upon the full release of Omens of the Past.)

The Preview Event will run all weekend. We’ll see you in the game!