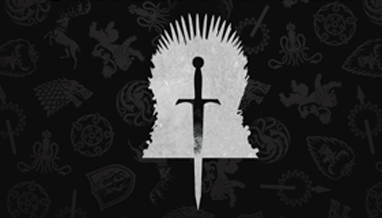 Will you claim the Iron Throne as King?

Defend the realm as a Loyalist?

Or throw the Seven Kingdoms into chaos as a traitorous Conspirator?

Whatever your path, you will win or die based on your ability to tell enemies from allies while concealing your own ambitions.

“You want to rule? This is what ruling is: Lying on a bed of weeds, ripping them out by the root, one by one, before they strangle you in your sleep.” 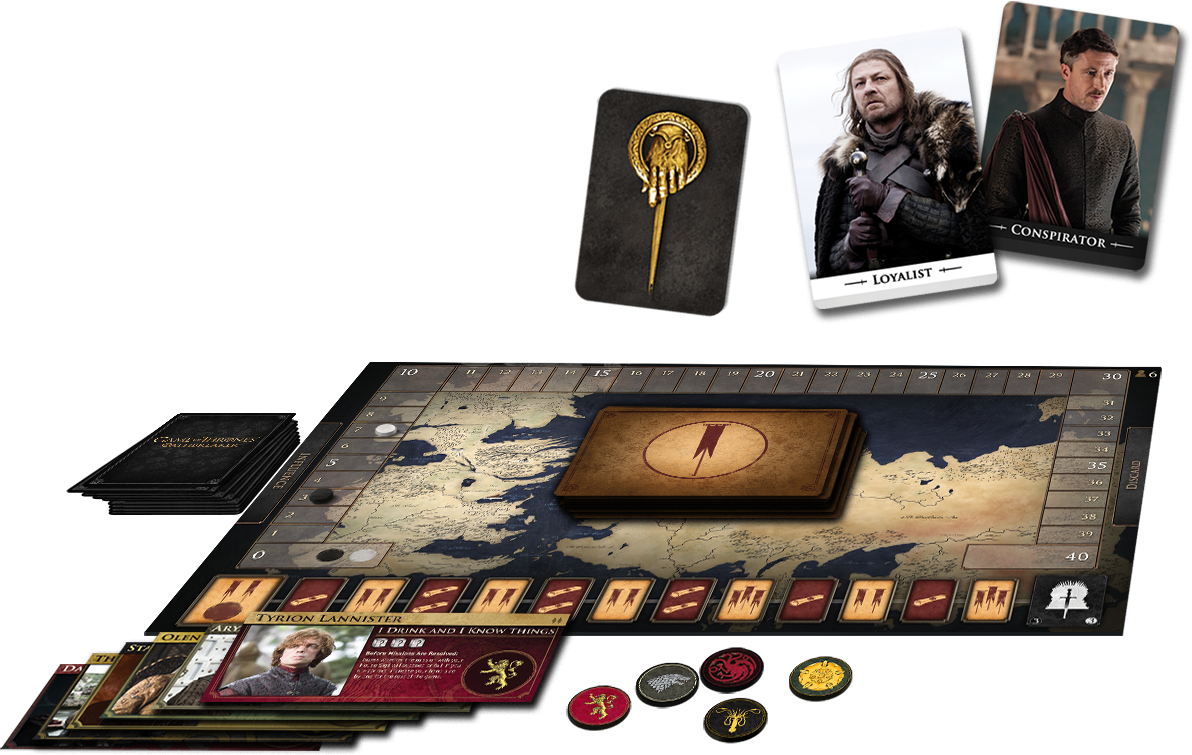 Throughout a game of Oathbreaker, players will amass Coin, Power, and Honor reward cubes based upon their participation in various missions throughout the Seven Kingdoms. Loyalists and Conspirators both want these rewards, but what they do with them along the way can help you decipher their true intentions.

Each player in Oathbreaker has a unique character power that allows them to spend their hard-won reward cubes for an immediate effect. Activating these abilities sets them further back from achieving their ambition of winning the game, but can provide a powerful short-term advantage.

To understand your opponents’ motivations, you need to know what they’re capable of. So let’s take a look at just a few of the 12 playable characters that you might find yourself facing around the Small Council table.

“Lannister, Targaryen, Baratheon, Stark, Tyrell… they’re all just spokes on a wheel. This one’s on top, then that one’s on top, and on and on it spins, crushing those on the ground.”

The Lord of Winterfell and reluctant Hand of the King, Ned Stark has powerful allies… but only if he can figure out who to trust. By spending two reward cubes, Ned can “Call the Banners” to have another noble of his choice either let Ned draw three cards… or increase Chaos in the realm, speeding the downfall of the King!

For Ned’s player to get the most out of Call the Banners, they need to have a strong sense of who else at the table shares their goals, so that they can choose someone who will help them succeed:

But… what if Ned himself is a Conspirator? Intentionally choosing another Conspirator might cost Ned cards, but increases Chaos (which they both want) while also causing the King to doubt who is truly loyal. There are many ways to scheme in Oathbreaker, and what seems like honest failure can sometimes mask a traitorous success.

The Imp of Casterly Rock is as cunning as they come, and a hardened survivor of more schemes than you can slosh a wine goblet at. His signature power in Oathbreaker, “I Drink and I Know Things” puts his insight to the test. If Tyrion’s player can correctly guess the outcome of his mission, he’ll have more cards at his disposal than anyone else for the rest of the game.

To correctly guess, Tyrion’s player will have to keep a close eye on the other nobles, and make canny guesses about who wants what.

The thrice-wed would-be Queen of the Seven Kingdoms has made a habit of mutually-advantageous marriages, and Oathbreaker is no different. Margaery’s “Marriage Pact” ability allows her to choose another noble with whom to profit:

The power of the Marriage Pact rests in Margaery’s player’s ability to make a good match: If Margaery is a Loyalist, giving such a boon to another Loyalist can help propel the King to victory.

But if Margaery is a Conspirator, much more subtlety is required: she’ll want to choose a spouse who the King does not suspect of treason, lest she fall under suspicion herself.

The Red Woman is a mysterious force in Westeros, reading portents from the Lord of Light in the fires of sacrifice. Are her omens true? Who is the prince that was promised? Melisandre knows much, but what she chooses to actually tell you is another matter entirely…

Melisandre’s “Gaze Into the Flames” power lets her shape destiny by removing a card from her mission — before anyone else gets to see what’s there — and putting it in her hand.

Sometimes, this move will be able to change failure to success — or vice versa — causing great Order or Chaos in the realm. When that’s not the case, Melisandre’s player simply gets to help herself to the best card played to that mission, while discarding the worst card in her hand.

Before he was The King in the North, before he was the Lord Commander of the Night’s Watch, before even he knew nothing beyond the Wall, Jon Snow learned at Ned Stark’s knee what it meant to rule. In Oathbreaker, too, Jon is given to bold strokes that balance on the blade’s edge between victory and ruin:

Jon’s ability to “Rally the North” allows his player and two allies to act twice in a round, potentially swinging the balance of power… if Jon’s player chooses wisely in who they trust! Three players – Loyalists or Conspirators – acting in concert can be a huge advantage for their side, but choosing wrong can lead to disaster.

So… who do you trust?

“You can’t trust anyone in King’s Landing, they’re all liars. Good liars, bad liars, one or two great liars.”

Will you be great? Pre-order now and play Game of Thrones™: Oathbreaker!