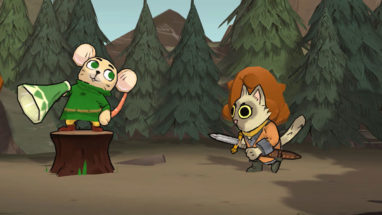 The new 1.29.3 patch for Root includes a variety of bug fixes and small updates to address issues reported by the community.

As always, we appreciate your feedback to help us continue to improve our games. If you run into trouble, please drop us a line at Support@DireWolfDigital.com

Stay up to date on Root, and all of our digital board game releases by signing up for the Dire Wolf Newsletter!