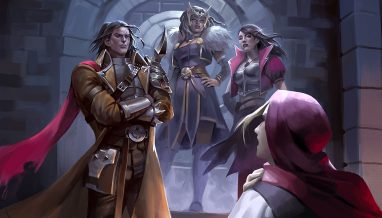 Worlds collide in Scion Draft, the highest-powered limited format Eternal® has ever seen!

Get ready for a new limited-time draft format in a special week-long event. Scion Draft is a new event type featuring phantom drafting of a curated pool of the biggest, splashiest cards from the history of Eternal! 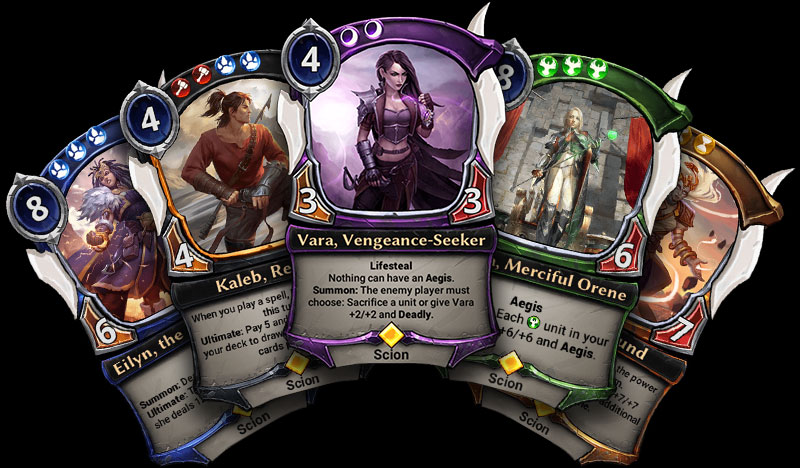 In a Scion Draft, you’ll still open four packs and draft a 45-card deck to bring into battle. But, when you open those packs… hooo boy. The draft pool draws from 473 high-impact cards, each with an equal chance of appearing in a given pack. That means that a pack could contain any combination of rarities across the curated selection of cards from all sets. That’s a lot of power!

This is a phantom event — the cards you draft are just for the event; you don’t get to keep them — with some real heavy-hitters from Eternal‘s first eight sets… and, for the first time, promos, campaigns, and alt-arts will all be in the draft pool too!

Scion Draft is a fun new way to experience some of Eternal‘s most iconic cards in a setting you’ve never seen before.

Here are the details:

Here are the cards that make up the pool you’ll be drafting from:

Get ready to play some Eternal like you’ve never seen it before! Scion Draft begins on Friday!