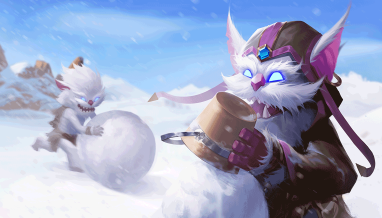 The Flame of Xulta: Bargain

Everyone knows that the Market is a great place to pick up some useful tools, but let’s say you want something… special. Well, to get the best deals, you need to know the right kind of people. If you’re interested, we can make an introduction, and you two can strike a bargain… 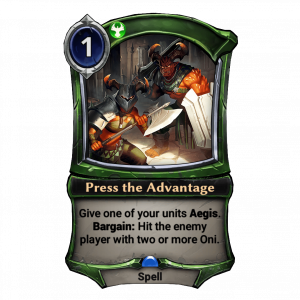 When a card has Bargain, it means that you can play it straight from your Market, under the right conditions. The bargain here is that if you hit your enemy with two or more Oni, you’ll be able to play Press the Advantage from your Market for the rest of the turn. The best part? You don’t have to exchange any cards from your hand to do so!

While the Oni trade in protection, our elvish friends offer secrets. 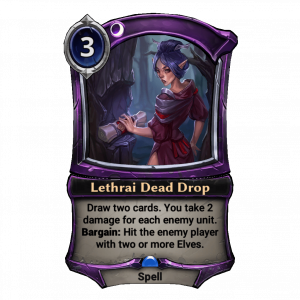 Lethrai Dead Drop offers the alluring reward of more cards if you can sneak two elves past enemy lines.

Now, let’s say you want to start playing with these new Bargain cards, but don’t have any Merchants or Smugglers. We should be able to work something out…

Bargain cards introduce a new way to build your Market. Previously, having a Merchant or Smuggler in your deck gave you access to a 5 card Market of the same faction(s). Now, having a Bargain card in your deck does the same thing. For example, let’s say you were brave enough to make a deal with a yeti, what would that look like? 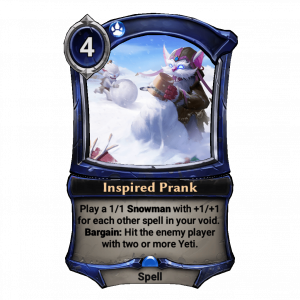 In the deckbuilder, when you put Inspired Prank into your deck you will see the Market tab appear, which means that you can now build a Market. You can go right ahead and add a copy of Inspired Prank there, too.

The thing to remember about a good Bargain is that it’s all upside. You can play four copies of these cards in your deck and ignore the Market if you want. And if you’re a fan of Merchants, they can still pull Bargain cards out of the Market. The most daring may even try to strike a bargain with a dragon… 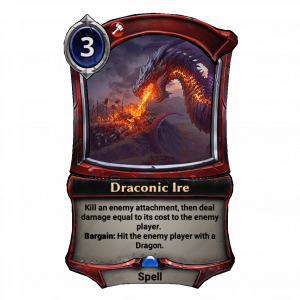 You don’t want to be on the other side of Draconic Ire. Sorry about your shiny relic, here’s some damage to remember it by.

Bargain cards give you more ways to use your power and access cards at the perfect moment. Besides, who wants to pay full price, when you can make someone else pay instead? 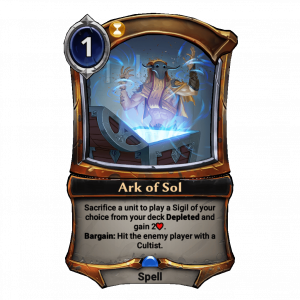 Head to the Market and strike bargain, because The Flame of Xulta arrives next Monday, 10/7!