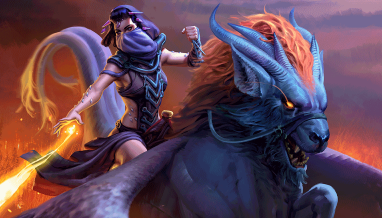 The Flame of Xulta: Exalted

As we delve deeper into the world of Xulta, we have seen a world full of threats and challenges, and those with the skills to master them. The Xultan people who have persevered do so with a deep reverence for the lives and deeds of those who came before them. 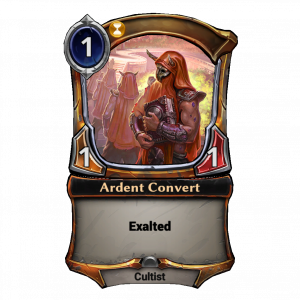 Exalted is a new battle skill that allows a fallen unit to pass its legacy onto an ally. When a unit with Exalted dies, you can play a weapon with its strength, health, and battle skills on one of your other units. Exalted itself is not passed on, though if you put the weapon on another unit that has Exalted, you will get to pass everything along again!

For Ardent Convert, it’s straightforward. When it dies, you play a +1/+1 weapon on one of your units. But what if you enhance this Cultist first? Let’s say you play a Finest Hour on him before his untimely demise; that will give you a burly +4/+4 weapon to play on any of your units for free! 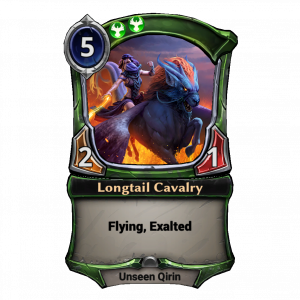 Longtail Cavalry takes Exalted one step further with Flying, meaning when it dies, the weapon it bestows will not just give +2/+1, but Flying as well! All the better to muster your units and avenge the fallen.

There are more than just units with Exalted. Let’s take a look at a spell that gives the new battle skill: 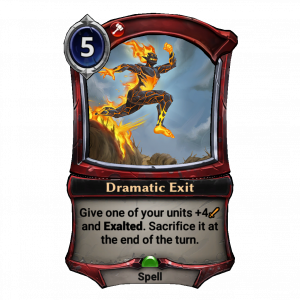 Dramatic Exit lets you send one of your units out in style, and pass on a huge bonus to whomever is around to witness their heroic deeds. 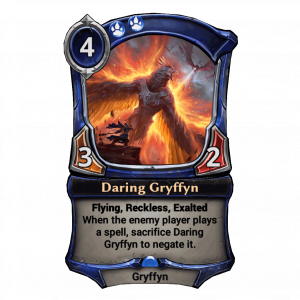 Tired of removal killing all your cool units? Daring Gryffyn is on lookout. While your opponent is busy drawing cards and not paying attention, Daring Gryffyn has your whole team covered beneath its wings. As soon as they wise up and try something, Daring Gryffyn swoops in, negating the spell and giving one of your units a +3/+2, flying, and reckless weapon to remember it by. 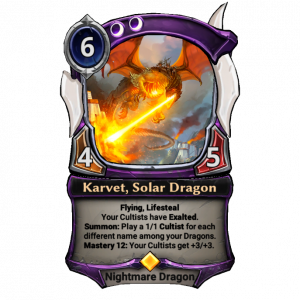 The Xultan cultists have dark plans, and Karvet, Solar Dragon plays a big role. Pushing all of your cultists to Exalted status, Karvet will rain down dragonfire and destruction on your enemies. Wise opponents should fear killing your Cultists, as there’s few places better for their Exalted weapons to go than on Karvet’s flying, lifestealing wings.

Our journey into Xulta begins soon, so stay tuned for further unveilings, and be sure to check out this weekend’s preview event for your first chance to play with new cards from The Flame of Xulta!