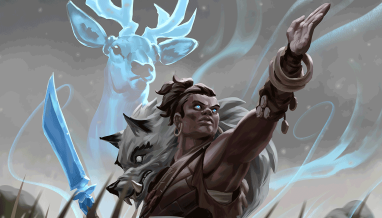 The Flame of Xulta: Muster

It’s time to unveil the second new mechanic from Eternal’s upcoming expansion, The Flame of Xulta.

On Xulta, there are some who call upon the arcane, while others who draw their strength from the physical. But a rarer breed are those who are able to muster their might by tapping into both. 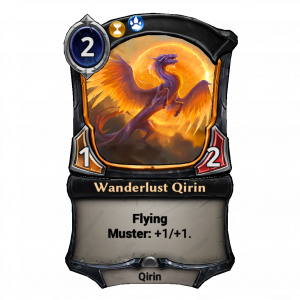 In order for Wanderlust Qirin to Muster, you must play an attachment and a spell in the same turn. As soon as you do, you will receive the Muster effect. Now, you can only Muster once each turn, but that is the only limit. You can do it as many turns as you can pull off the pairing of both spell and attachment. There’s no end to how large your feathered beast can grow!

Typically, you will Muster on your own turn. However, if you find a way to play an attachment on the enemy turn and combine it with a fast spell, you can Muster on the enemy’s turn, too! 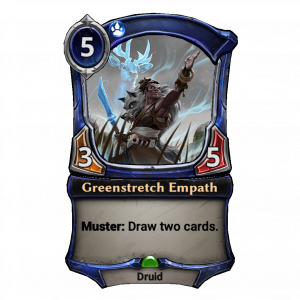 There are many ways to get ahead besides growing bigger. Greenstretch Empath can lead you to new understandings as she musters up more cards for you to work with.

How you Muster is up to you. Greenstretch Empath rewards you for slowing things down, helping you Muster again and again. But there are some who are less interested in waiting around… 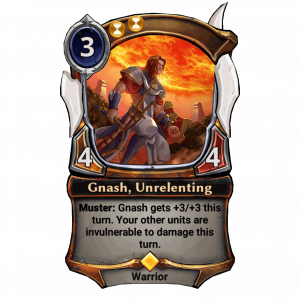 Now entering the arena, Gnash, Unrelenting! Even before he musters his strength, Gnash packs a huge punch as a 4/4. Once he gathers his courage, he really brings it as a 7/7 that protects ALL of your other units!

That is all for today. So keep an eye on the horizon, and muster your excitement, because there is more yet to come from The Flame of Xulta!