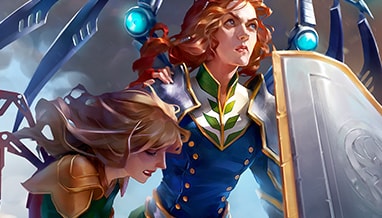 The Bonds that Bind

The coming night is long, and the road ahead is longer. Perhaps it’s time to call a friend for help. 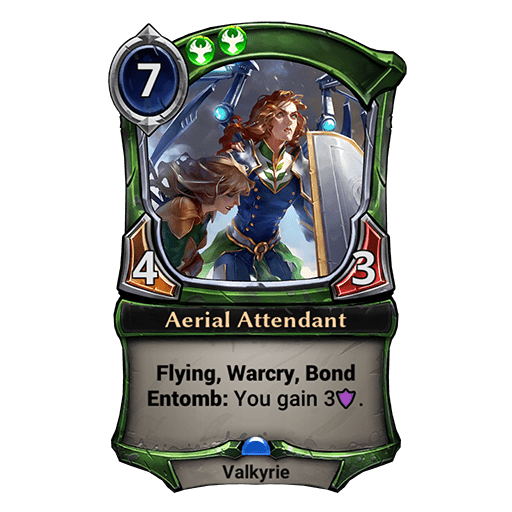 Flying and Warcry is a strong combination, and it’s nice that you get some armor when you trade her off. But a seven power for a 4/3 is pretty costly. Well, Bond can help with that:

Units with Bond can be played for less power by exhausting a unit with the same type. For Aerial Attendant, that means another Valkyrie.

For example, you could play a 3/3 Valkyrie Enforcer on turn three silencing some annoying enemy unit, then exhaust it to play Aerial Attendant on turn four. If you’re feeling greedy, you could even play a 1/1 Valkyrie Aspirant on turn one, then follow it up with two Finest Hours to play a turn-two Aerial Attendant!

But as Argenport’s defenders rally their armies, so does the darkness gathering outside the city gates… 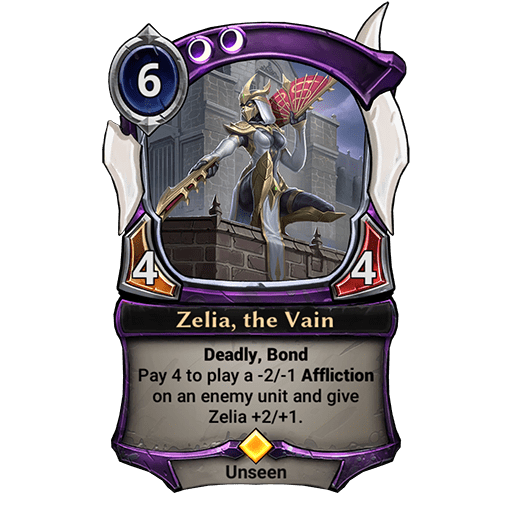 Zelia’s vanity is well-founded: As a Deadly 4/4, she’s able to slay smaller units and trade with even the largest enemies. But her cursing ability is what really earns her fans – a single activation has her winning a fight with a formerly 6/6 enemy.

Of course, some cards have an even greater incentive to Bond them: 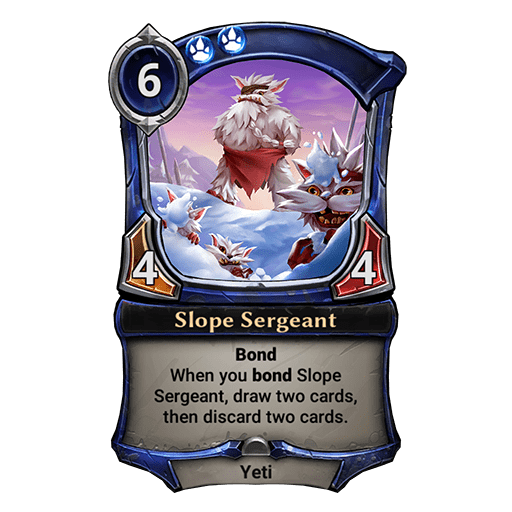 Slope Sergeant is a grizzled veteran of yeti warfare. No one knows how he lost his eye: Probably to some sort of deadly projectile that was neither cold nor spherical.

Exhausting a Yeti to play Slope Sergeant not only gives you discounted rate on his sturdy 4/4 body, it also rewards you with a substantial amount of card selection.

You can play Bond cards by exhausting other units you played this turn. Get a pair of Wumps or Xenan Obelisks in play and you can starting chaining Slope Sergeants into each other, each one drawing cards to find the next Slope Sergeant and then exhausting to play it for free!

But we’ve all played cards that cost six or seven before. What about using Bond to play something truly ridiculous? What about something that costs, say, sixteen? 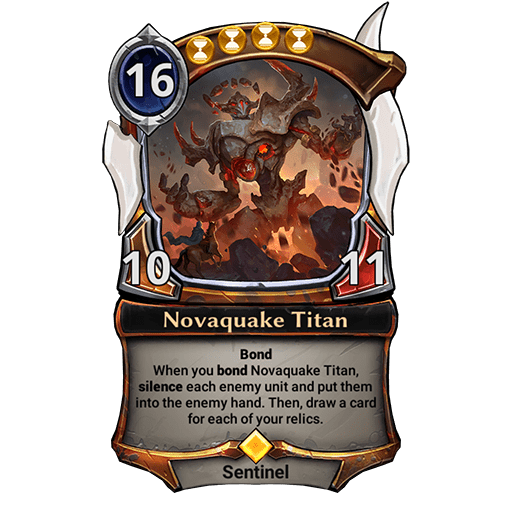 Wow! Hopefully there are some good Sentinels or relics to play with this guy.

See you on the Dusk Road,