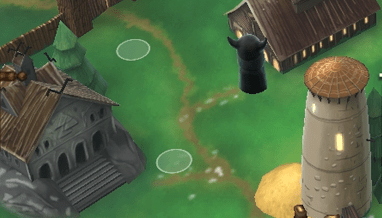 Bringing Board Games to Digital Life

The core team at Dire Wolf Digital has been making games for quite a while. In that time we’ve been fortunate to work with some amazing partner brands, and to hone our expertise in design and development into some exciting new IPs.

A few years ago, we began a partnership with our friends at Renegade Game Studios to bring their suite of tabletop titles to digital. We began each project with a vision: to move beyond relatively static ports of board games and to use video game sensibilities and UX to bring each of the worlds or settings of these games to life, to try to create an experience that felt good and played well. The early results of those efforts were the digital editions of Lanterns: The Harvest Festival and Lotus, and represent our attempt to bring gorgeous UX and intuitive touch play to the genre.

Today, we’re taking the next step, and announcing an exciting new slate of digital adaptations of tabletop games that we’ll be developing and releasing over the coming months and year. We’re particularly excited to be able to work with friends in the industry on bringing to life some of the coolest games that we love to play.

Here’s just some of what’s coming up, with more announcements to follow:

WizKids and Mage Knight Board Game

Enter the mysterious and deadly Atlantean Empire, where the armies of powerful Mage Knights clash in a game of epic conquest!

As a Mage Knight you must control your reputation and walk the line or embrace the role of benevolent leader or brutal dictator. Accumulate Fame and experience to acquire powerful Spells and abilities, then use your power to influence units to join your ranks. Will you destroy an ancient Draconum and gain favor with the people, or burn down a monastery to steal the powerful artifact hidden there? Both paths may lead to victory, but the decision is yours to make!

Mage Knight combines character development, intrigue, and the clash of swords into one of the most uniquely exciting board games of recent years. In making the digital jump, a new generation of players will get to discover the incredible depth of Mage Knight.

Mage Knight is a staggering game. It’s one of those games you can only step back and admire as a thing of beauty, a work of art. It’s a masterpiece. I can’t believe how good it is.

And look for more digital translations to come from our partnership with WizKids!

Fresh from a huge Kickstarter success, Root from Cole Wehrle and Leder Games was one of the most exciting new games of 2018. Its vibrant forest setting makes it a natural fit for digital adaptation, and we can’t wait to bring this world to life.

Might makes right in the wild woods, where creatures of the forest have banded together to end the iron-clawed tyranny of the Marquise de Cat!

Root is an asymmetrical wargame where four unique factions battle for the right to rule the wood. Warring woodland critters – each with their own abilities and ambitions – clash in a gorgeous forest setting with a precarious balance of power. Each faction plays very differently, and players must navigate the shifting strategies of unstable alliances if they are to emerge victorious.

Theme and mechanics blend into the perfect cocktail of fluffy conflict as players start ascribing personal stories to their actions… I cannot recommend this game highly enough. From the design to the artwork to the final quality of the components, Root is deeply satisfying. I’ve never played anything else quite like it, and I think, from its place of honor amongst my shelves, it is already a winner.

In Sagrada, by Daryl Andrews & Adrian Adamescu, players take turns drafting glass dice, placing each into their personal stained glass masterpiece in the Sagrada Familia. Each window is a unique work of art – with unique requirements – so careful planning and skillful use of your tools will be necessary to please your fickle admirers!

Originally released in 2017 by Floodgate Games, Sagrada racked up a slew of award nominations, with reviewers hailing it as one of the most innovative games of the year.

Extraordinarily accessible. This is a great gateway game, it’s beautiful to look at… anyone could play this.

Legendary designer Reiner Knizia’s Yellow & Yangtze is an evolution in the tile-based combat of his groundbreaking hit Tigris & Euphrates. The forthcoming digital adaptation of Yellow & Yangtze brings a new age of cutthroat strategy to PC, phones and tablets!

Build a civilization to last a thousand years in a tile-placement strategy game of ancient China. Cultivate the riverlands and found a dynasty in the sister game to the highly acclaimed Tigris & Euphrates!

Take on the roles of Governors, Soldiers, Farmers, Traders and Artisans in the Warring States period of ancient China. Survive the conflicts of expanding civilizations, and watch your kingdom flourish – but despots beware! A prosperous nation is judged by the lowliest among them, and the winner of the game is decided by the strength of your weakest category, so balance must be maintained throughout.

Lots of good strategy in this game, very intense, and very back and forth, in-your-face. There is this constant tension in this game of “What are you going to do to me, what are you about to do? Ok, I need to be prepared to go after you.” There are very few games on the market like this.

A recent addition to our catalogue, we’re particularly excited about getting to dogfight in Ares Games’ Wings of Glory and Tripods and Triplanes!

The year is 1917. High above Europe, colorful biplanes roar through the foggy skies as uncountable young men give up their lives in the trenches below.

Become Knights of the Air in Andrea Angiolino & Pier Giorgio Paglia’s Wings of Glory, a smooth and exciting aerial combat system that brings dogfight excitement to PCs, phones and tablets!

This year, Ares Games is expanding the acclaimed Wings of Glory system with the new “War of the Worlds” standalone, Tripods & Triplanes! How will your ace pilots fare in the Martian invasion? Or will you join our new alien overlords and conquer the Earth?

Wings of Glory is the pinnacle of user friendly World War I and II aviation games. So pilots, grab your gear and hit the sky for some classic aviation action!

Raiders of the North Sea

Finally (not really, there’s more that we’re not quite ready to talk about yet), back where we started, with Renegade Game Studios and the award-winning Raiders of the North Sea by Shem Phillips.

Plunder your way to adventure in a Viking worker-placement romp! Raiders of the North Sea Digital brings the hit board game to phones, tablets, and PC!

In Raiders, players assemble a crew and outfit a longboat to raid settlements for gold and fame. Impress your Chieftain in glorious battle and win your place among the legends of the North Sea! 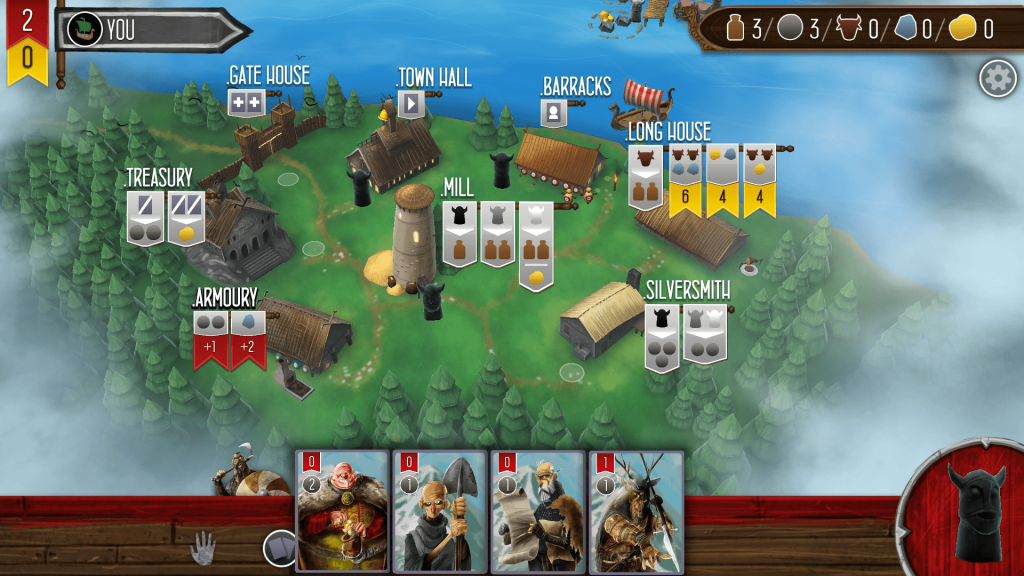 As a sharp, well-executed take on worker placement that plays to its theme perfectly and looks great while doing it, Raiders of the North Sea is one of the best mid-range games I’ve played in ages.

At Dire Wolf Digital, we believe in making fun strategy games that are accessible to everyone. And we can’t even begin to tell you how excited we are to bring this roster of amazing tabletop games to digital players around the world. We hope you’ll love them as much as we do.

There will be more to come on all of these projects – and more – over the next few months. For now, though, we need to get back to work.