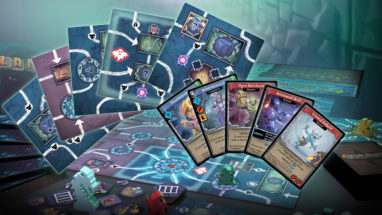 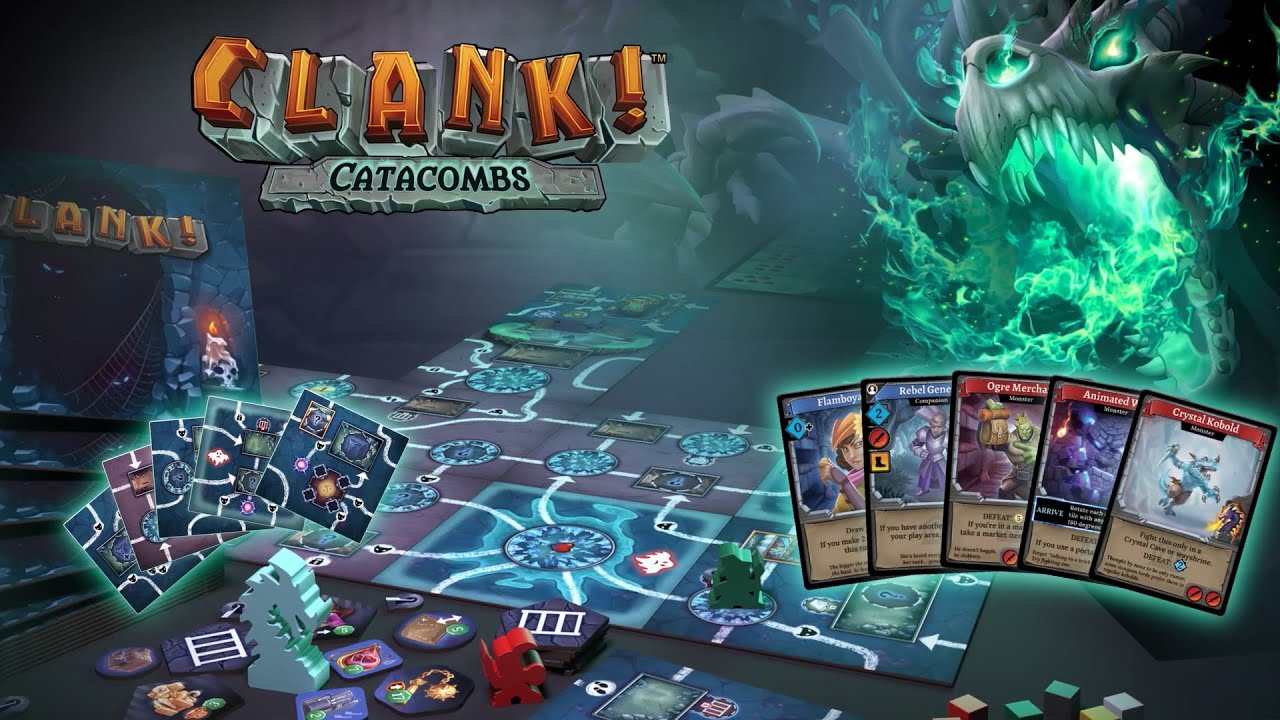 Hi Clank! fans! I’m Paul Dennen, creator of Clank! Catacombs, back again for another preview of what’s to come in this latest Clank! installment and to share some design backstory on how we got there. But before we get started, be sure to check out the first Clank! Catacombs Design Diary if you haven’t already!

Today, we’re taking a look at how players can unlock new features and strategies with lockpicks – a new element to Clank! Catacombs that  creates interesting exploration opportunities! We’ll be talking about even more aspects of the game in future Design Diaries, so be sure to subscribe to the Dire Wolf Newsletter if you haven’t already.

Lockpicks are a key element of Catacombs. I still remember the day the team and I talked through the idea while we were trying to solve fiddly-ness problems with our early Catacombs prototype. That version of the game asked players to populate a tile with tokens (secrets and artifacts) as soon as the tile was found, and we quickly discovered that we didn’t like that break in the action. It was as if we were spreading a long setup phase across the entire game, by having micro setup phases for each tile. The solution to this problem was multi-pronged:

1. Instead of adding multiple tokens to the board and then have players remove them, we’d add at most one artifact token to a newly-discovered tile.

2. Minor secrets would not be placed on a tile at all. Players would simply earn a minor secret for entering such a room (once per turn). We would later continue using this rule for Clank! Legacy Acquisitions Incorporated. (Yes, Catacombs has been in development for a fairly long time!)

3. Tiles would offer major secrets and other similarly-valuable “treasures” (we’ll talk about those soon), but players would need to spend lockpicks to take those treasures. A player would simply place one of their lockpicks on top of an icon on the tile to designate that that treasure was now stolen, so other players could not grab it. 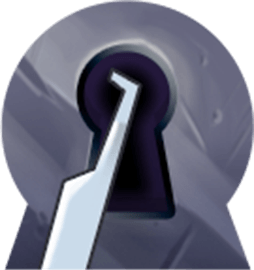 Each player is given three lockpicks at the start of the game, and players will encounter opportunities to spend their lockpicks to get valuable rewards during the game. Usually, these opportunities come in the form of locked features on tiles.

There are three locked features: Treasure Chests, Libraries, and Prisons.

Chests contain major secrets. Simple! The paradigm shift in Catacombs is that these major secrets might not be as difficult to find as on other Clank! boards. But obtaining a major secret by picking a chest does cost a lockpick, which reduces your opportunities to do other things with your lockpicks.

Libraries contain dusty old tomes filled with important arcane knowledge. When you spend your lockpick here, you acquire a Secret Tome to your discard pile. Perhaps not as good as a major secret early in the game, because who wants to clutter their deck with a Secret Tome. But seven points is not small, and you might have other important reasons to want a Secret Tome. 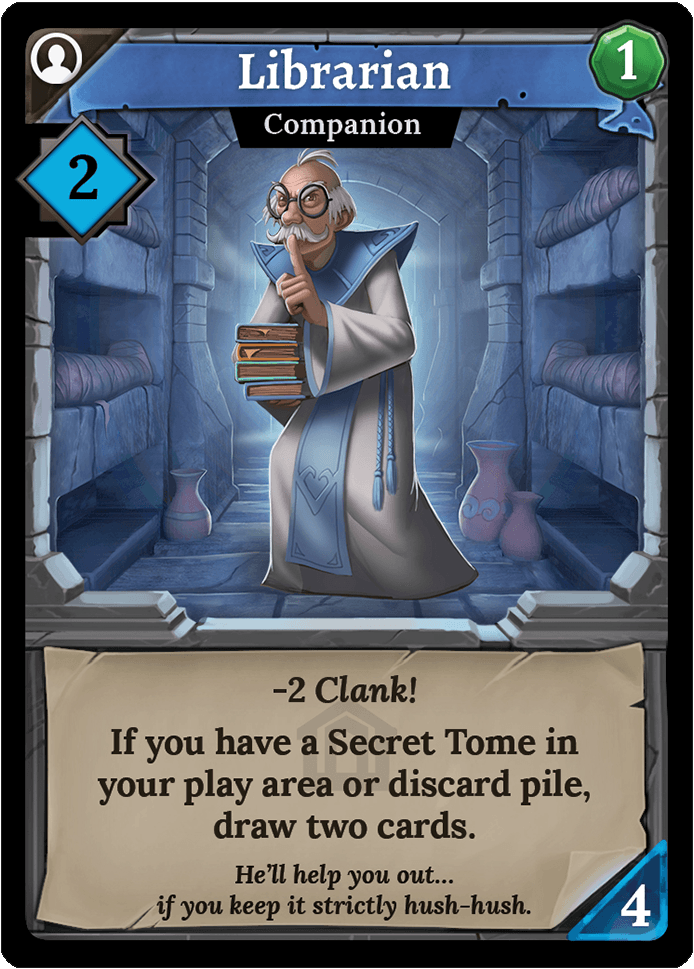 Prisons contain unfortunate souls trapped in the dungeon by the dragon and his evil henchman, the Warden. Whenever you place a lockpick on a prison feature, you immediately free two prisoners. You may find other ways to free prisoners, too, including running into the nasty Warden himself. 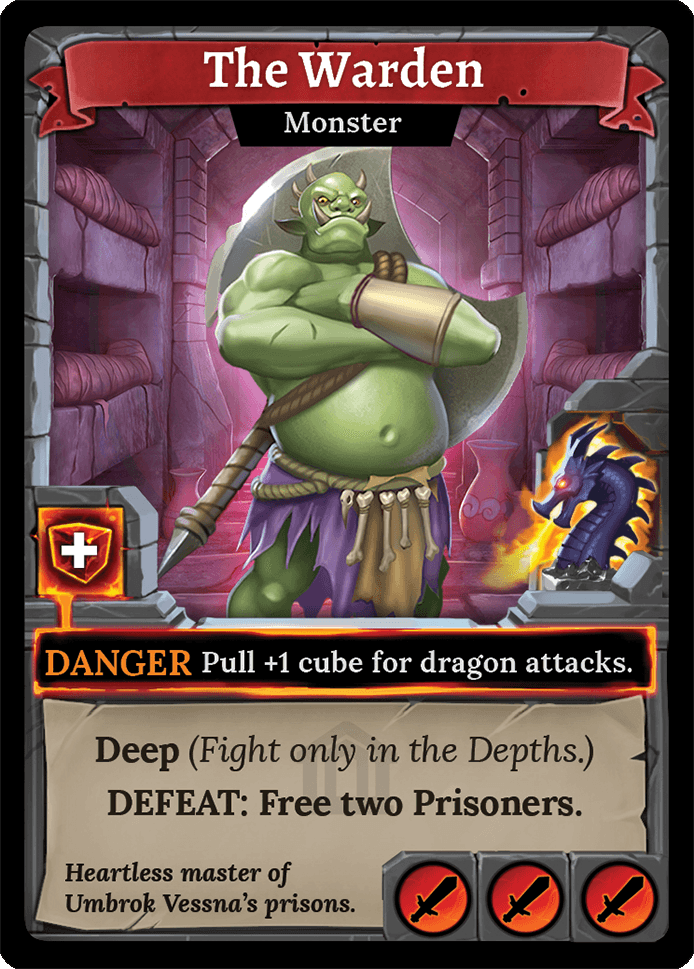 In addition to any moral obligations you might feel about freeing the dragon’s prisoners, you’ll also receive game rewards for doing so. There are a variety of prisoners and you never know who is trapped behind those bars; whenever you free a prisoner, you take and reveal one of the face-down prisoner tokens that were randomized at the start of the game. Some prisoners provide straightforward rewards, such as the Adventurer or the Cleric: 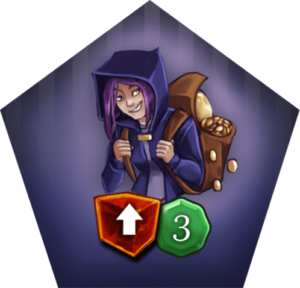 The Adventurer is worth 3 points but when freed, the Dragon is not happy and increases its rage. 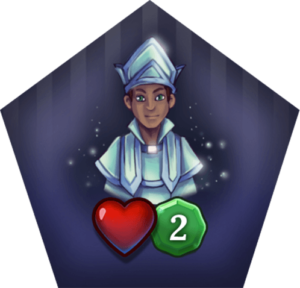 The Cleric is worth 2 points but when freed, heals one damage on you (if you’re damaged).

Other prisoners provide rewards only if you can satisfy a requirement. For example, the Prince and Princess are worth 5 points only if you also grab a Crown. And the Sorceress is worth 5 points if you have at least two Secret Tomes. You keep freed prisoners face up in front of you, and you don’t need to have what they’re looking for immediately – they just often give you a “quest” to accomplish by the end of the game.

One prisoner – the Warrior – scales up in value as you free more and more prisoners. He is worth 1 point for each prisoner you free (including the Warrior himself). 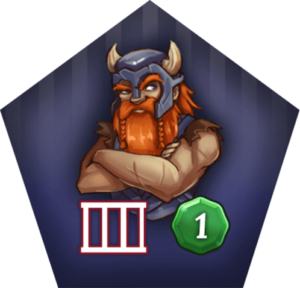 You might also find cards that encourage you to do the heroic thing and free more of the dragon’s prisoners. 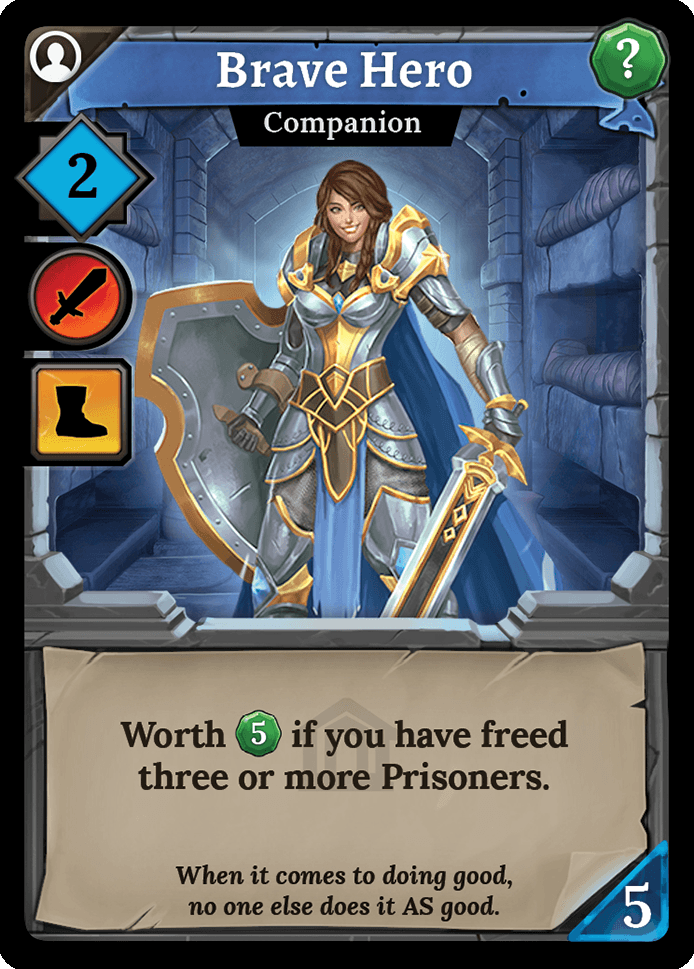 More on lockpicks and more lockpicks

As you can see, lockpicks are a key method (pun intended!) for players to earn more points, because all the ways you use lockpicks can provide value for you. One usage not mentioned yet is the classic method of bypassing locked passages, but this time there’s a twist. To unlock a passage, you place your spent lockpick onto the board, removing that lock from the game. This allows not only yourself but all players to bypass that lock! So, keep that in mind, as well as your rivals’ whereabouts when you decide to use a lockpick in this way.

While you start with three lockpicks, you’re not limited to just those for the whole game. You can get more! There are three Burglar’s Kits for sale in the marketplace. For a mere 7 gold, you can buy such a kit. It’s worth only 2 points but it comes with 2 additional lockpicks for your burgling pleasure.

You can also find cards in the dungeon deck that can give you more lockpicks, some of which give you additional options to spend them. 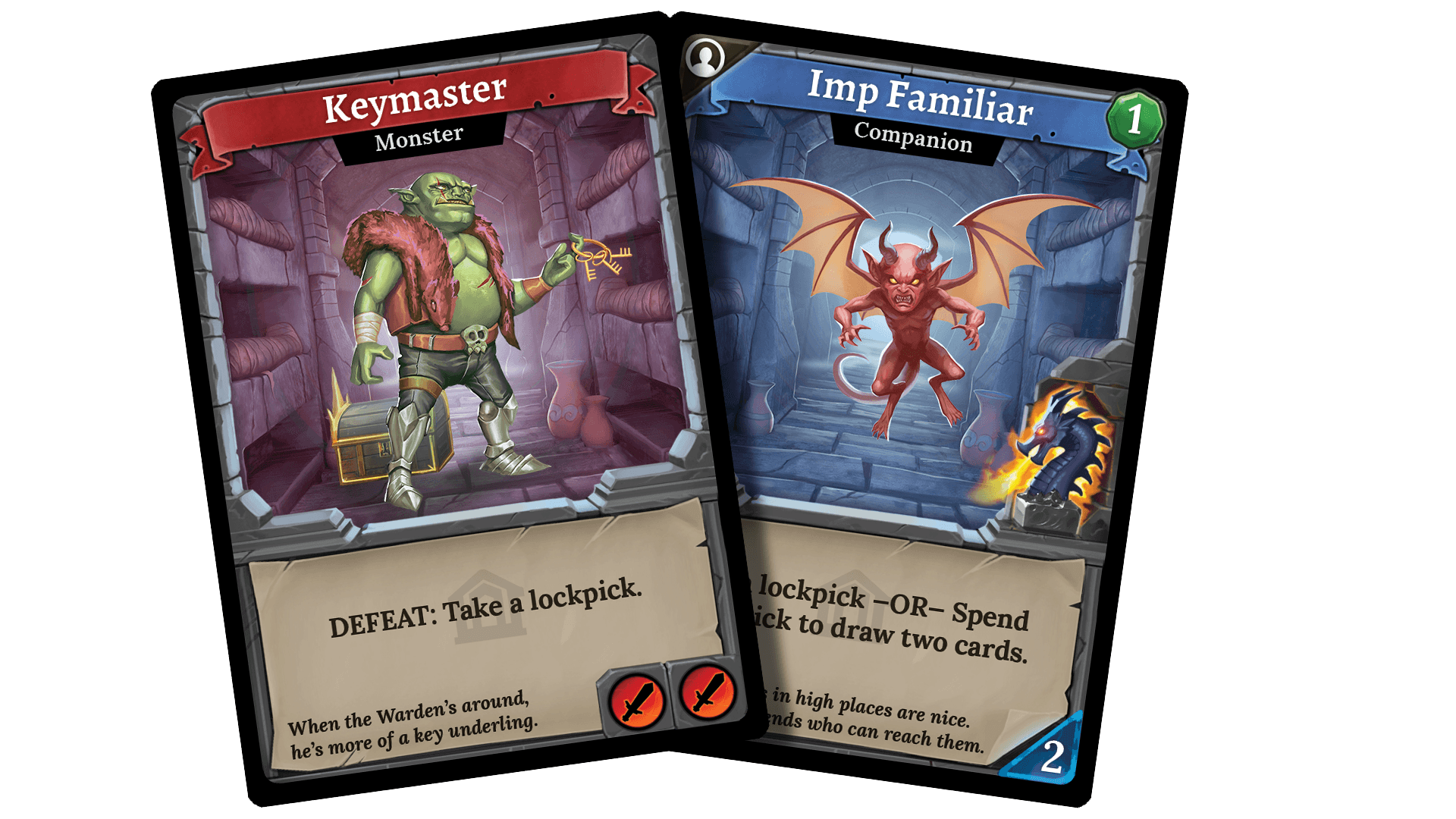 Hopefully this article unlocked (smile) enough information about Catacombs to show that the essence of Clank! remains the same, but it comes with a new exploration/dungeon crawl paradigm to explore and enjoy. I had a ton of fun designing Catacombs – thanks for reading about part of what makes the design tick, and I hope you get a chance to check out the game when it comes to a friendly local game store near you.

P.S. I will be back with more design diaries for Catacombs; stay tuned!