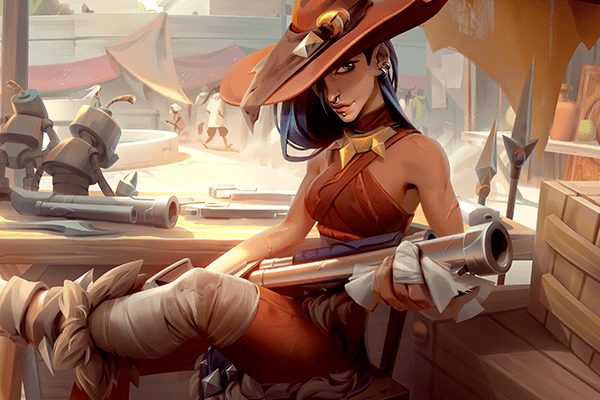 Cleaning Up The Market

The Market mechanic has had a profound impact on Eternal since its introduction in The Fall of Argenport. The flexibility and customization afforded by Markets revolutionized the Eternal landscape, and players have discovered a variety of ways to make use of the power they offer.

Over the course of the past year, we’ve been evaluating every part of the mechanic – from the user experience of adding a Market to your deck, to the strategic flexibility it allows, to the consistency entailed in repetitive access to key cards, to the impact of cards that create extra cards for you to sell. In that time, we’ve also released new cards that interact with Markets in new ways, whether it’s direct access via the Bargains of The Flame of Xulta, or Fast Spells that let you make a quick deal in Echoes of Eternity.

In addition to looking at data from how Market cards are used, we’ve also heard from a lot of players about which aspects of the Market they like most and which have worn out their welcome. Between the data we’ve collected, our internal testing, and the player sentiment we’ve heard, one thing has become clear: the original Market rules used by the five Merchants provide too much consistency and too narrow an experience, leading to repetitive gameplay, particularly in the Throne format.

This is something we’ve suspected for a while, and for the past several months we’ve been looking at ways to clean up the rules surrounding Markets, exploring and experimenting with a variety of possible solutions.

With all that said, let’s take a look at the new, stream-lined Market rules and their implications!

Basically, this means that the original five Merchants will now work like Smugglers. We believe the flexibility and customization made possible by Markets is extremely fun and leads to diverse possible strategies and tactics, and the ability to put Sigils in your Market has proved to be a quality of life improvement plays out especially well in draft. While this is a nerf to the original five Merchants, we believe they will remain powerful options for players, adding strategic flexibility to a variety of decks. 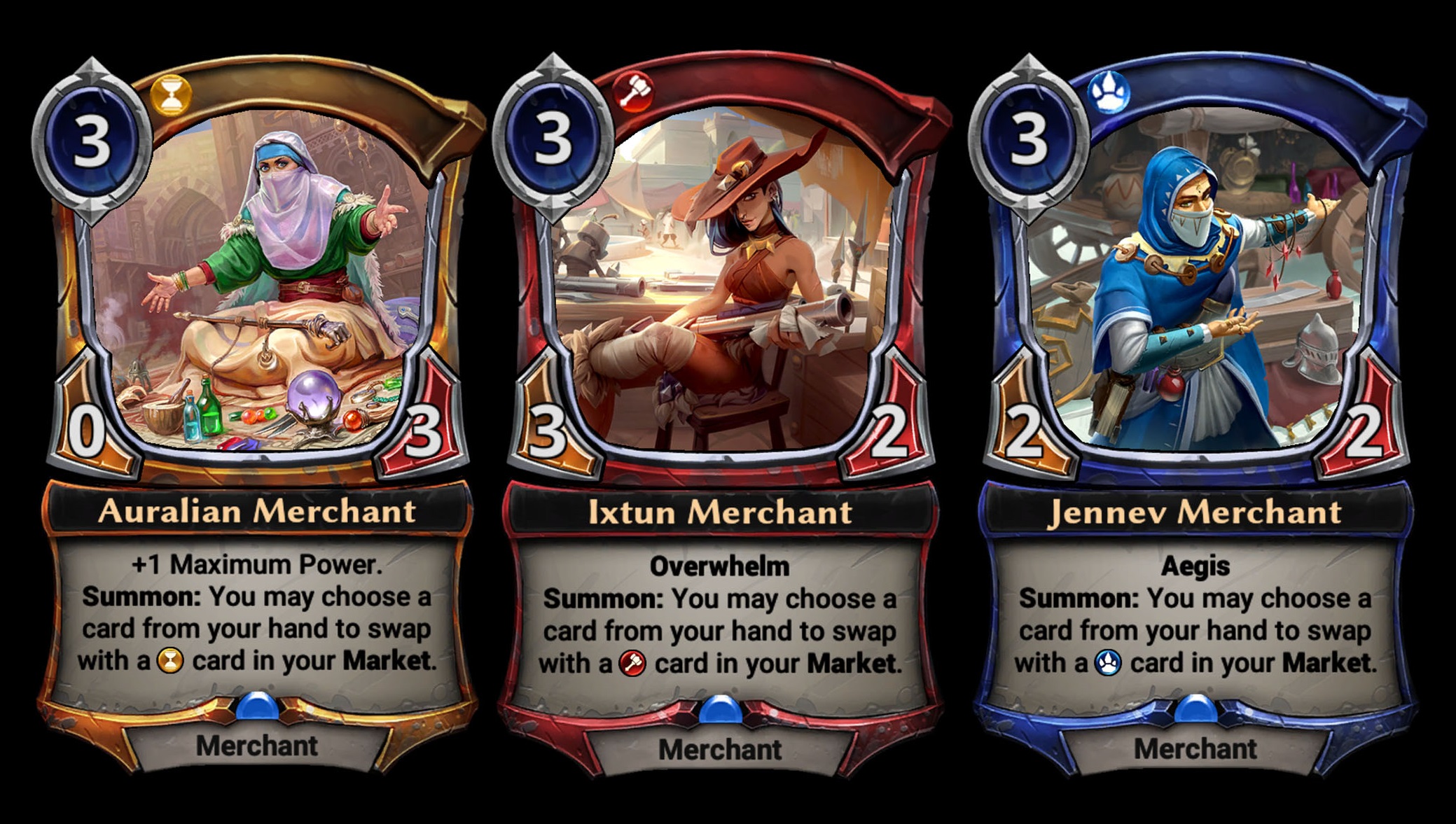 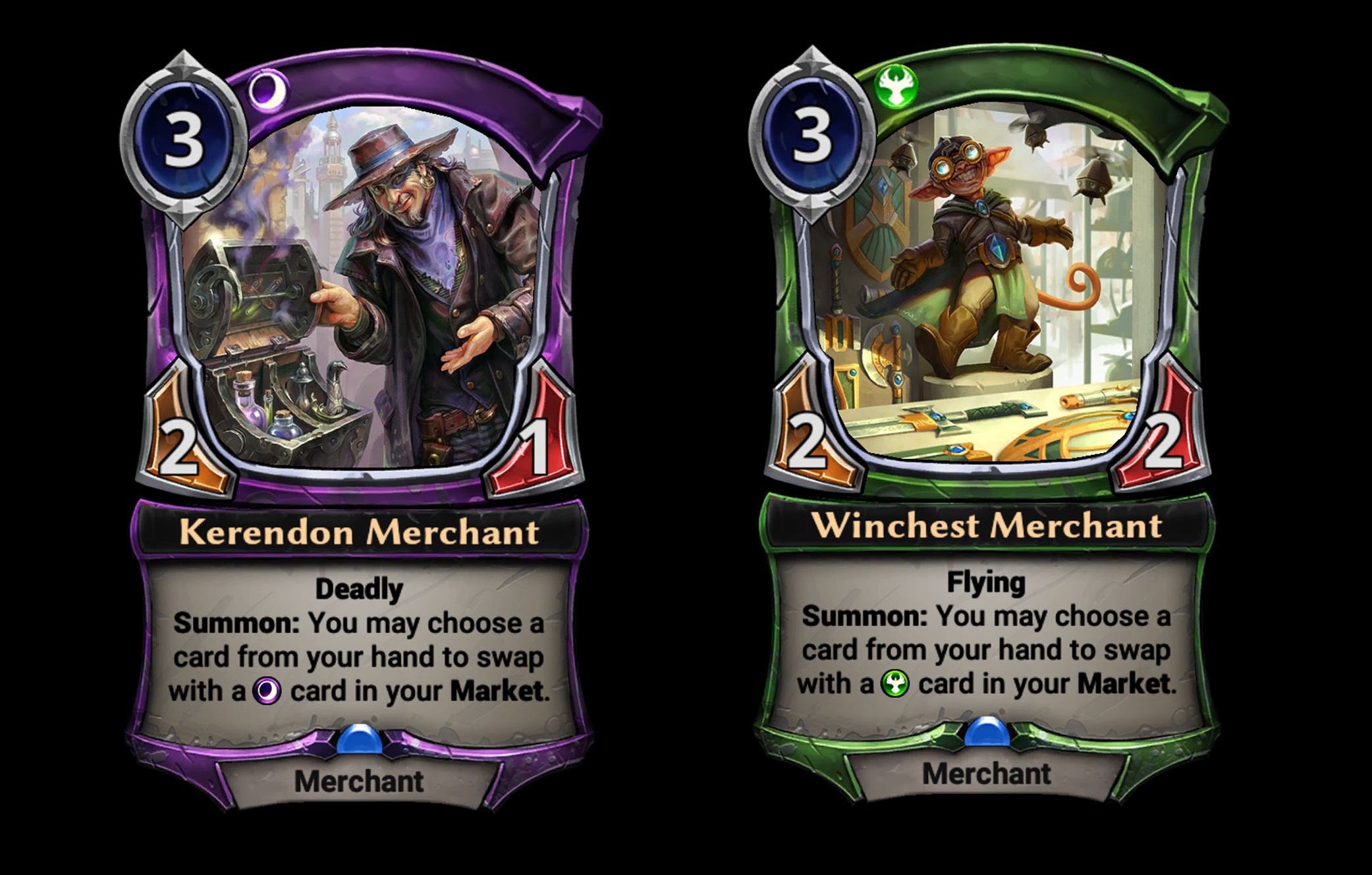 Alongside this change, the rules of cards with Bargain are also receiving an update:

This exception to the revised Market rules means that you can put a Bargain card in your Market, even if you have one or more in your deck, making Bargains a flexible way to gain access to some useful effects throughout the game. 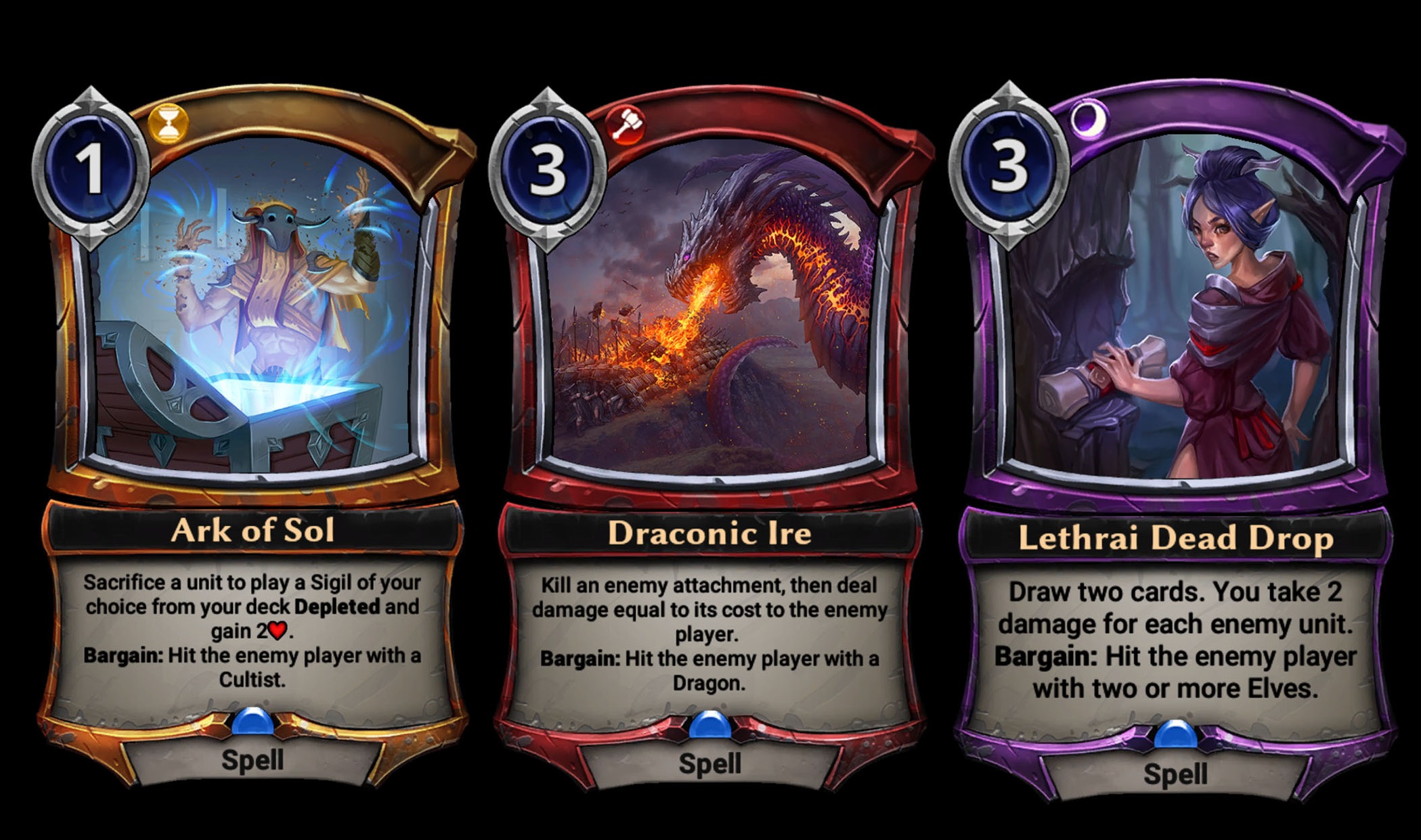 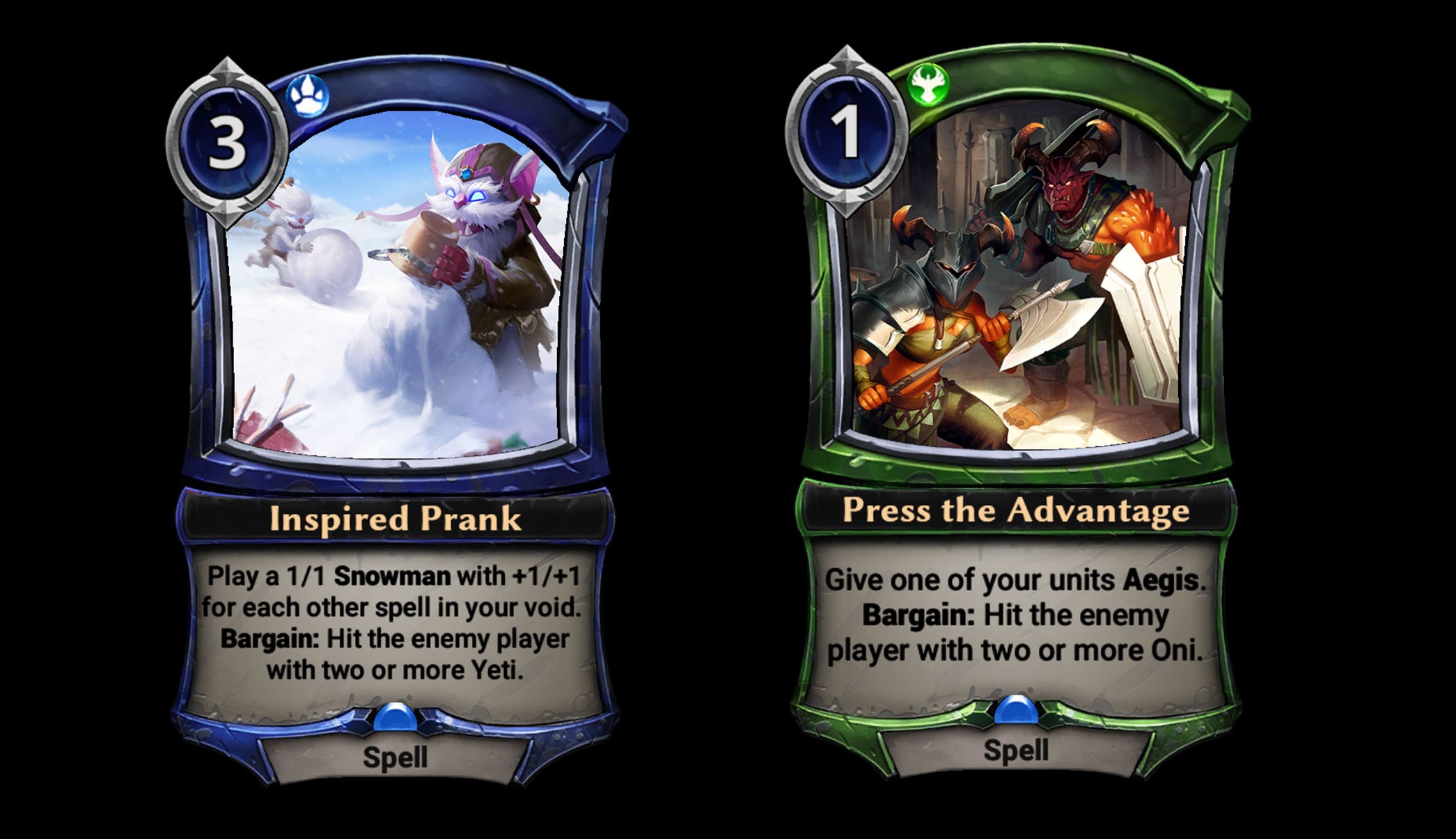 These changes are clear buffs to Smugglers and Bargains, but are nerfs to the original five Merchants. As such, we will be offering refunds on crafted copies, per our usual refund policy, when these rules go into effect on Tuesday, March 10th. Existing decks with cards in the Market also found in the deck will be marked invalid, needing to have one or the other changed to meet the new Market requirements.

We’re looking forward to seeing what players can do with leaner, cleaner Markets when the new rules go into effect next week!