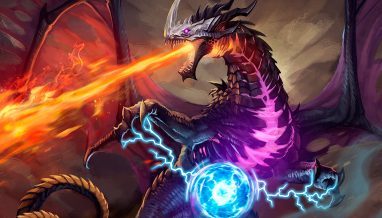 Nightmares gather for their final assault upon Sol’s Altar. Join the fight with new cosmetics and a box of cards ready to open when Echoes of Eternity releases!

The Echoes of Eternity Pre-Order Bundle releases today, and contains: 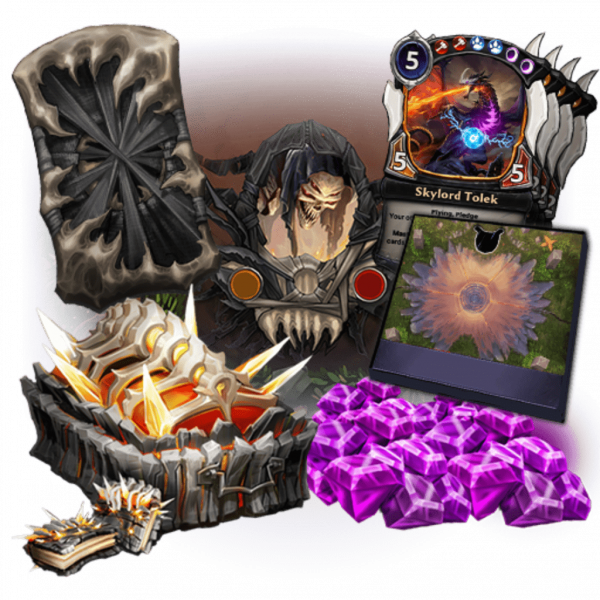 Plus, as a thank-you for purchasing directly from the DWD Store, your first two Echoes of Eternity drafts are on us!

The Pre-Order Bundle will be available starting later today for $49.99 in the in-game store or from the DWD Store.

Eremot’s influence has spread far and wide, bringing even Xulta’s mighty dragons under its foul control. Ancient Tolek, revered among his kind, withstood the nightmare’s corruption longer than most…but when Skylords fall, worlds fall with them: 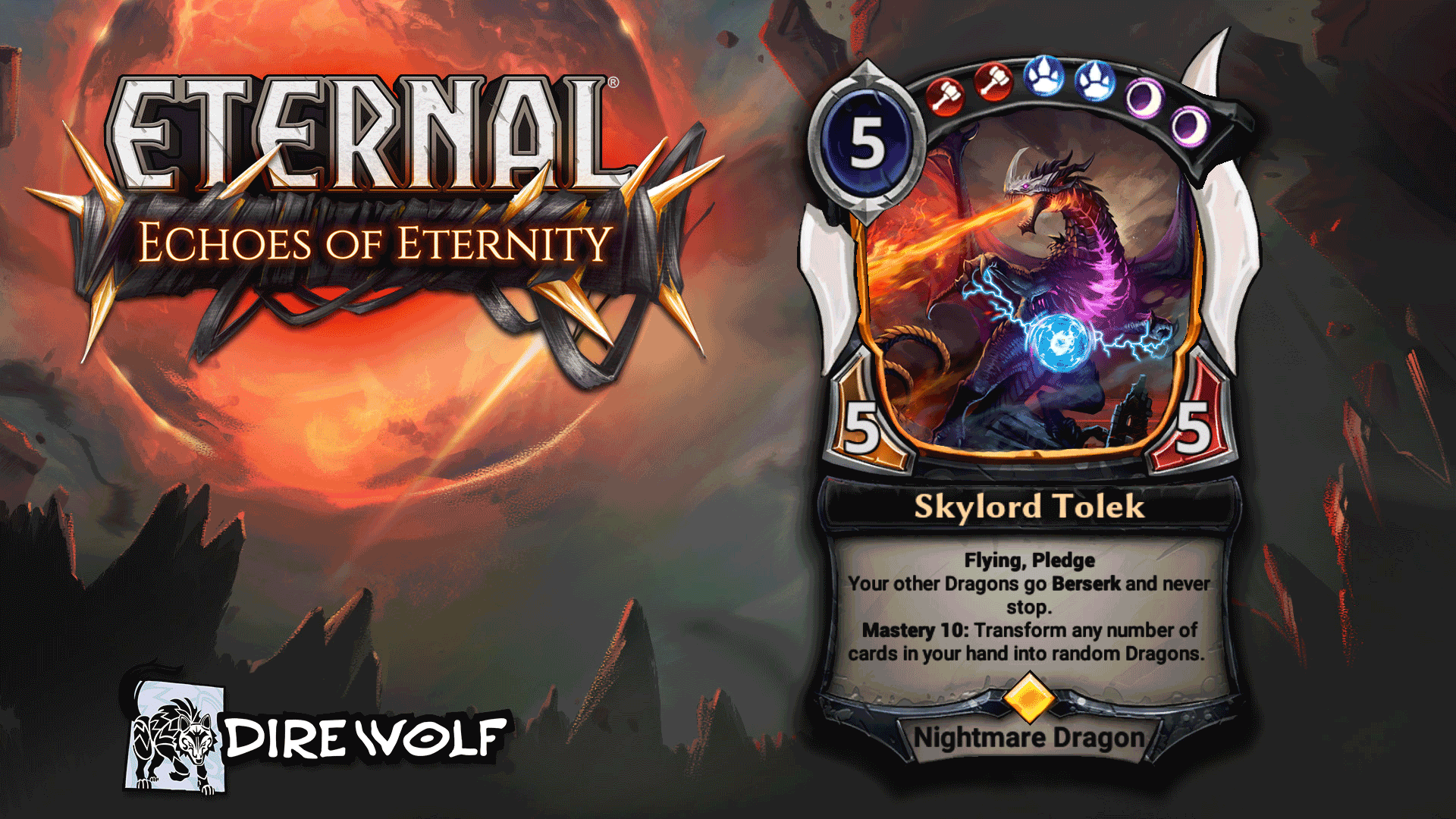 …and even if you (for some inscrutable reason) fail to acquire the Pre-Order Bundle, the regular release version of Skylord Tolek will be craftable in-game with Shiftstone as soon as the Bundle is available. Roar!

Starting next Tuesday, February 4, a curated list of 72 common and uncommon cards from Echoes of Eternity will be added to Draft Packs prior to the full set’s release later next month. The cards will not be craftable with Shiftstone until release, but you do get to keep the cards you draft and immediately play with them in Throne and Expedition!

Until Echoes of Eternity releases, the Draft format will still be:

but the remixed Draft Packs will include early access to some of the sweet new cards on the way in the new set…like these: 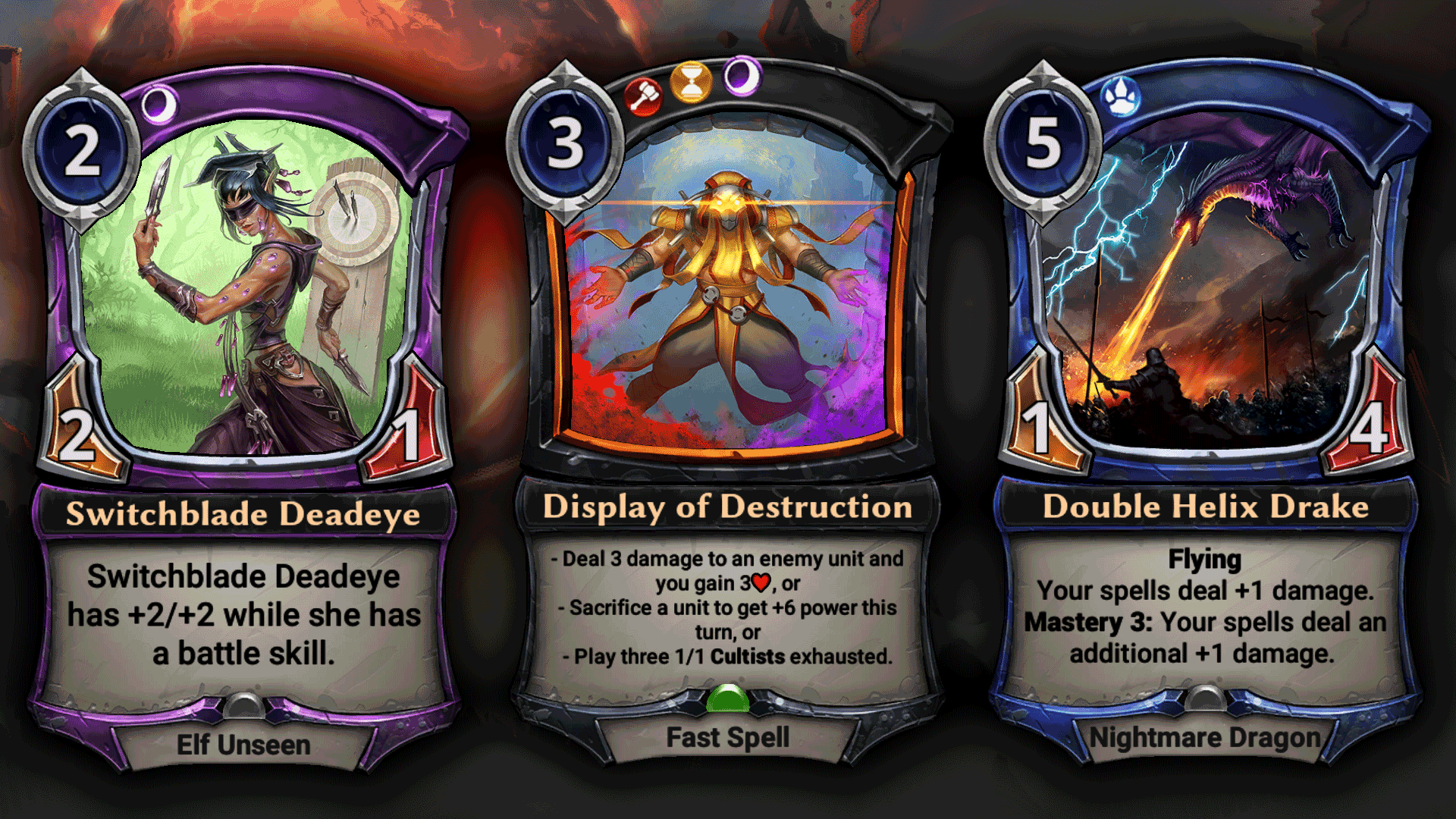 These are just a few of the new cards shaking up Draft Packs when the Echoes of Eternity Draft Preview begins next Tuesday!