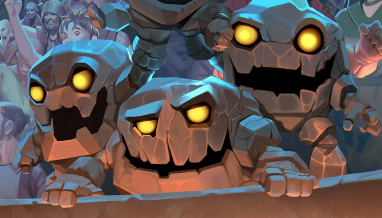 The Flame of Xulta: Expeditions and Draft Packs

The Eternal Draft Pack itself is seeing some changes with this new format.  It will contain a curated set of 785 cards from the first six sets of Eternal. As with the contents of all Eternal Draft Packs, the cards included have been selected from Eternal’s history to play best with the new cards and themes from The Flame of Xulta. The full list of cards legal can be seen here or by selecting the Expedition filter in the deckbuilder.

This is a departure from previous Expedition formats that included entire sets. This new style allows us to include some cards from our first set, The Empty Throne, while allowing some historic mainstays like Torch, Harsh Rule, and Sandstorm Titan to take a break.

This new Expedition format using Draft Packs will be the cornerstone of Eternal’s organized play program going forward (and will feature a monthly leaderboard, web-only at first, but in-client later in October). Ranked will continue to be part of the competitive format as well – an announcement about how those fit together and the 2020 Eternal World Championship is coming this Monday during our set-release downtime.

We’re excited for you all to try it out and we can’t wait for you to experience The Flame of Xulta and its Expedition coming this Monday!