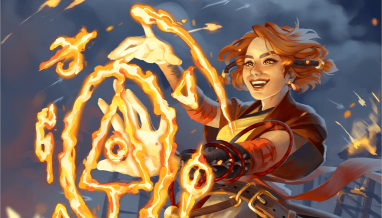 Argent Depths is the next major release for Eternal®, where we explore the Argenport of Vara’s nightmares. And as we wind our way through the dark and dangerous streets, it’s time to get our first look at a few of the mechanics! 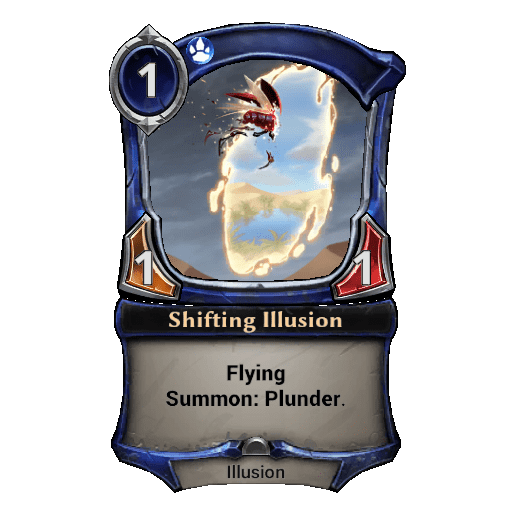 Shifting Illusion packs a lot of value into a one-cost unit! If we’re missing power, it can transform an unneeded card into one. And If we have drawn too many, we can get a Treasure Trove and use it to draw more great cards from our deck. All that and Shifting Illusion has Flying so that it can peck away at our enemy. 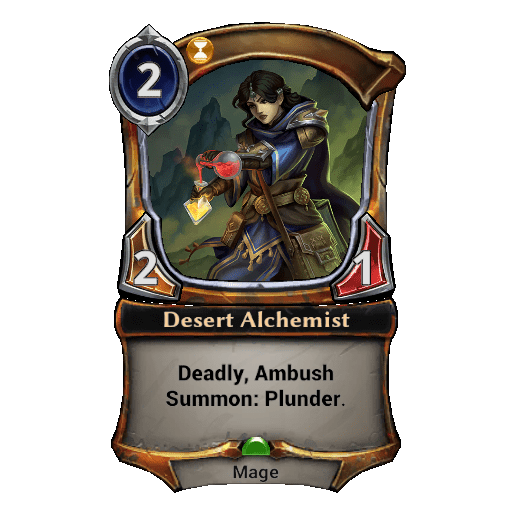 Desert Alchemist thwarts attackers with ease, ambushing at the last moment before striking with deadly force. Meanwhile, she can leave some treasure behind with Plunder. And that ambush ability gives us a great tactical advantage with Plunder, allowing us to see a little more of what our enemy is up to before we decide what to transform. 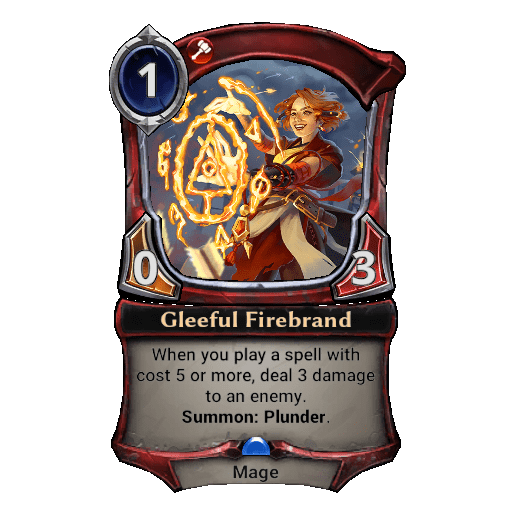 Gleeful Firebrand loves big spells so much that she gives off a nice, fiery burst whenever you play them. With an 0/3 body good for blocking early units and Plunder delivering cards or power, what new decks might Gleeful Firebrand open up? 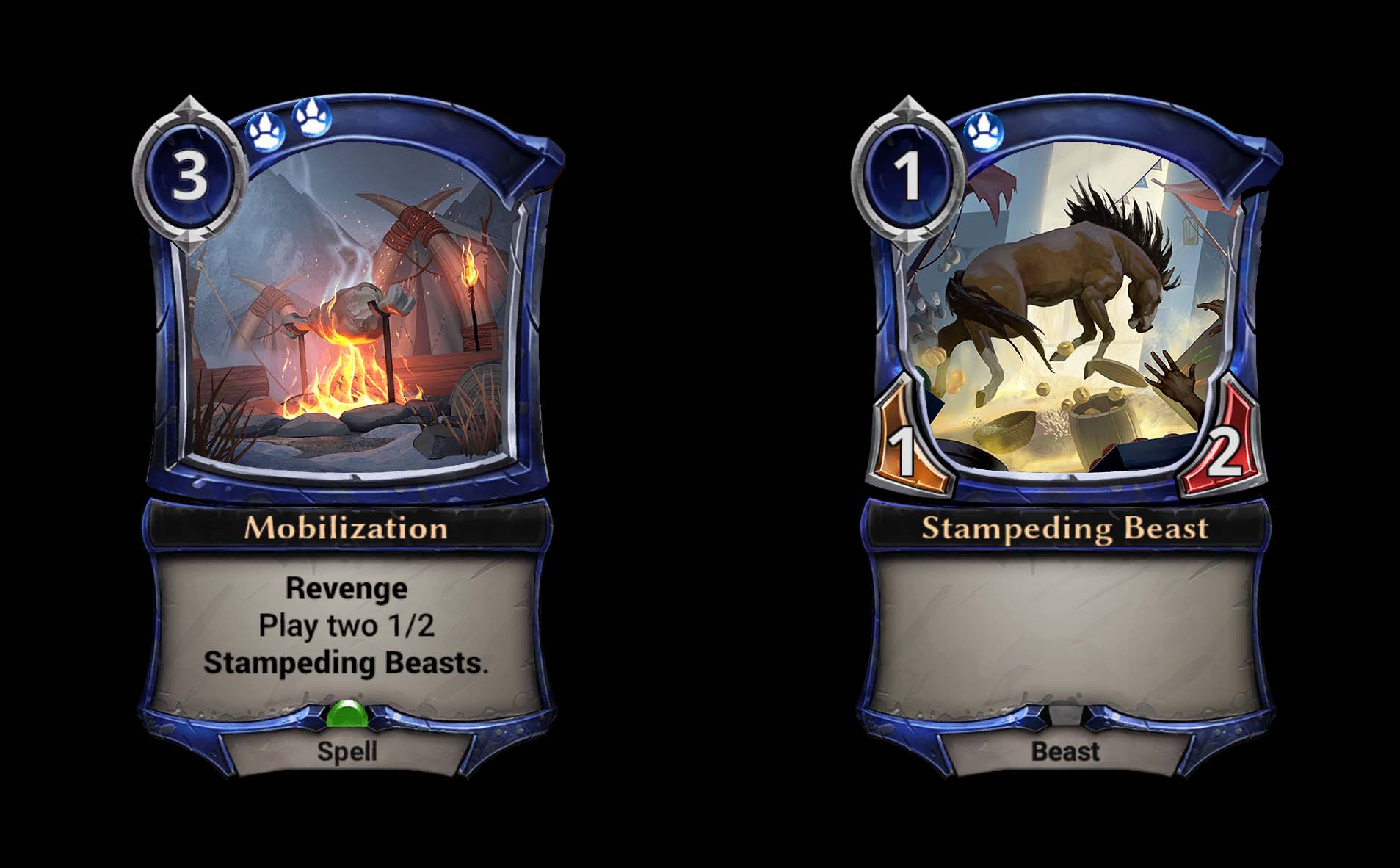 Argent Depths also marks the return of Revenge, which will appear on more spells and in some new factions. For a spell like Mobilization, the first time you play it you will pay three power for two 1/2 Stampeding Beasts. Getting two units from one card is already a nice start, but after we play Mobilization the first time, it goes shooting back into the top ten cards of our deck—now with Destiny! That means when we draw it next, we get two more Beasts for free, and draw an additional card. 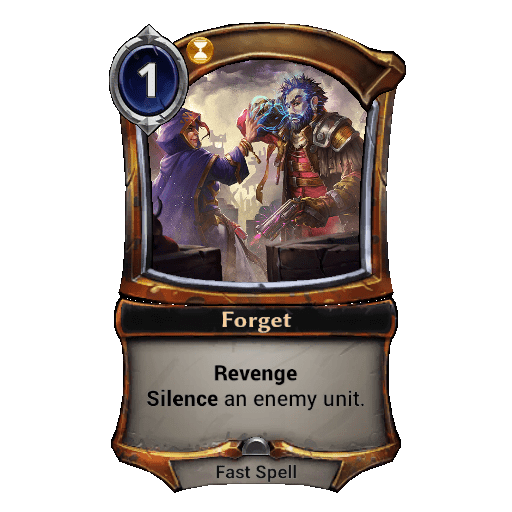 What’s that Battle Skill you had? Was it on the tip of your tongue? This fast silence effect can produce a major blowout while the enemy is unsuspecting. Whether it’s dropping a flyer out of the sky or turning off a deadly unit after it blocks, there’s a lot of great ways to trade Forget for another card the first time. After that, you’ll get more value as Forget promises to disrupt the enemy’s plans again in the future! 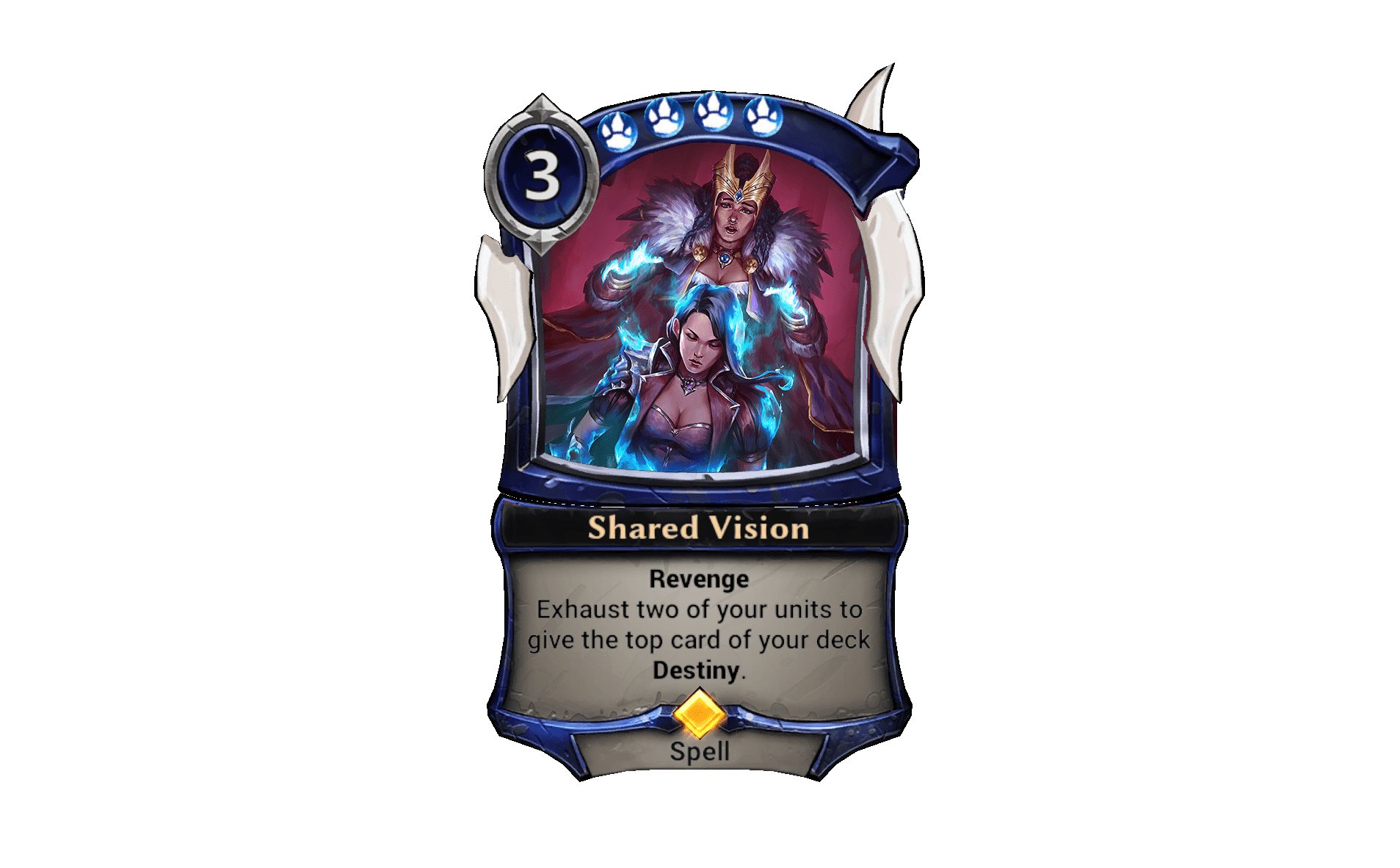 There’s really no bad card to give Destiny to, but if we can stretch our imagination and see what’s coming, who knows what can be accomplished? 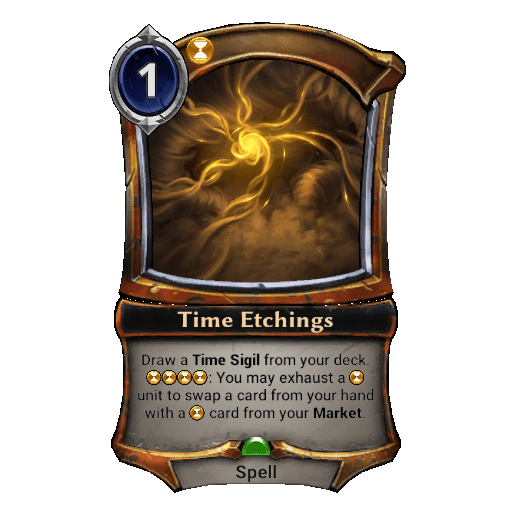 Etchings are a cycle of new Market cards in Argent Depths. For only 1 power, we can get a Time Sigil out of our deck, but once we have some Time influence, we can also exhaust a Time Unit and grab a Time card from our Market! And regardless, we’re still drawing that Time Sigil, which we can use as the fodder to swap for whatever juicy card we pull from our Market.

Etchings will be the first Uncommon Market cards in Eternal. For Draft and League players, it means greater flexibility for those hard deckbuilding decisions. Not sure if you need that Violent Gust or Ruin in your starting deck? With an Etching you can put some situational cards in your market and fetch them out right when your opponent plays their uber-powerful Dragon.

This version of Argenport is a twisting, decrepit place, filled with fear and decay…

Decay is a new battle skill that means “when this deals damage to unit or relic weapon, that card’s strength and health (or armor) are permanently reduced by that much.” 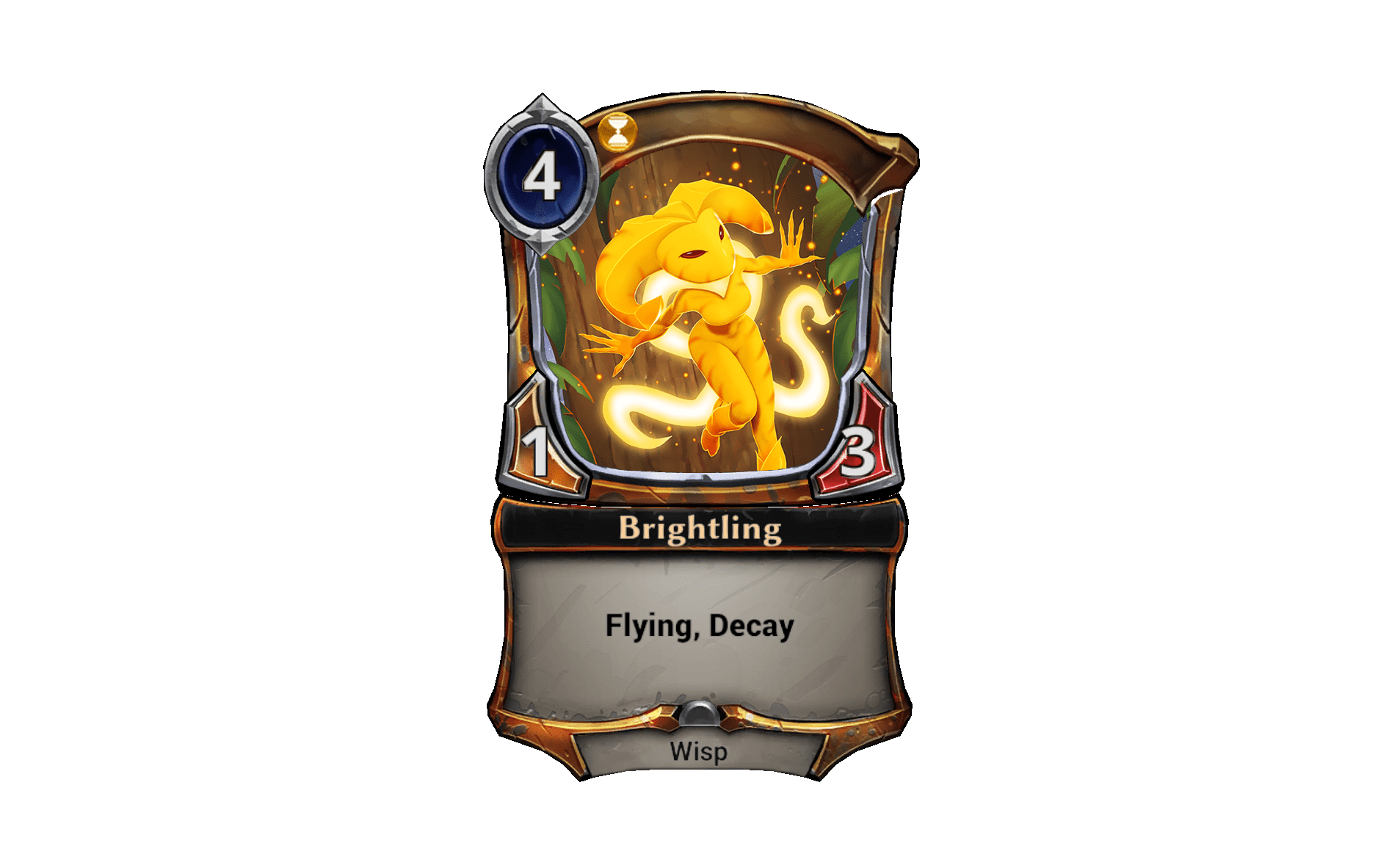 If our 1/3 Brightling blocks a 2/2 Cabal Cutthroat, when damage is dealt Cabal Cuthroat will be reduced down to a 1/1, permanently.

Decay damage is quite sticky, and works great against some hard to deal with units. If Decay damage reduces a unit with Revenge to 0

, then it won’t be able to come back. Against Exalted units, permanently reducing their size will shrink or even stop an Exalted weapon. 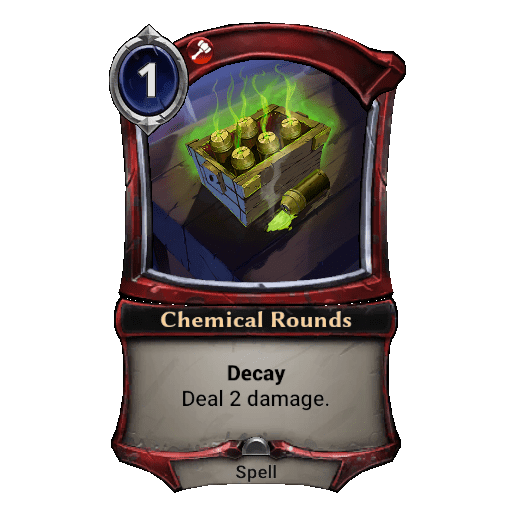 Decay on a spell upgrades our damage. Chemical Rounds can do a nasty bit of work on bigger units, and bring them down in size so we can attack right through.

Decay on a weapon means that the wielder will now deal Decay damage. Razor Edge is a relic weapon with Decay that can cut deep into the heart of your enemies. 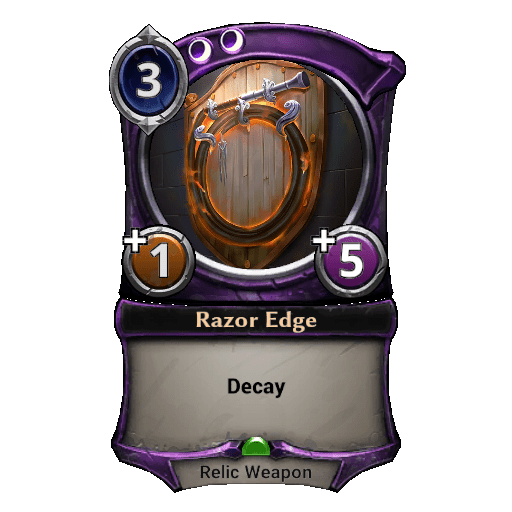 Wielding a Razor Edge means all your damage-dealing spells will have Decay, too!

There is a familiar face involved in all this decay and destruction: Rolant. 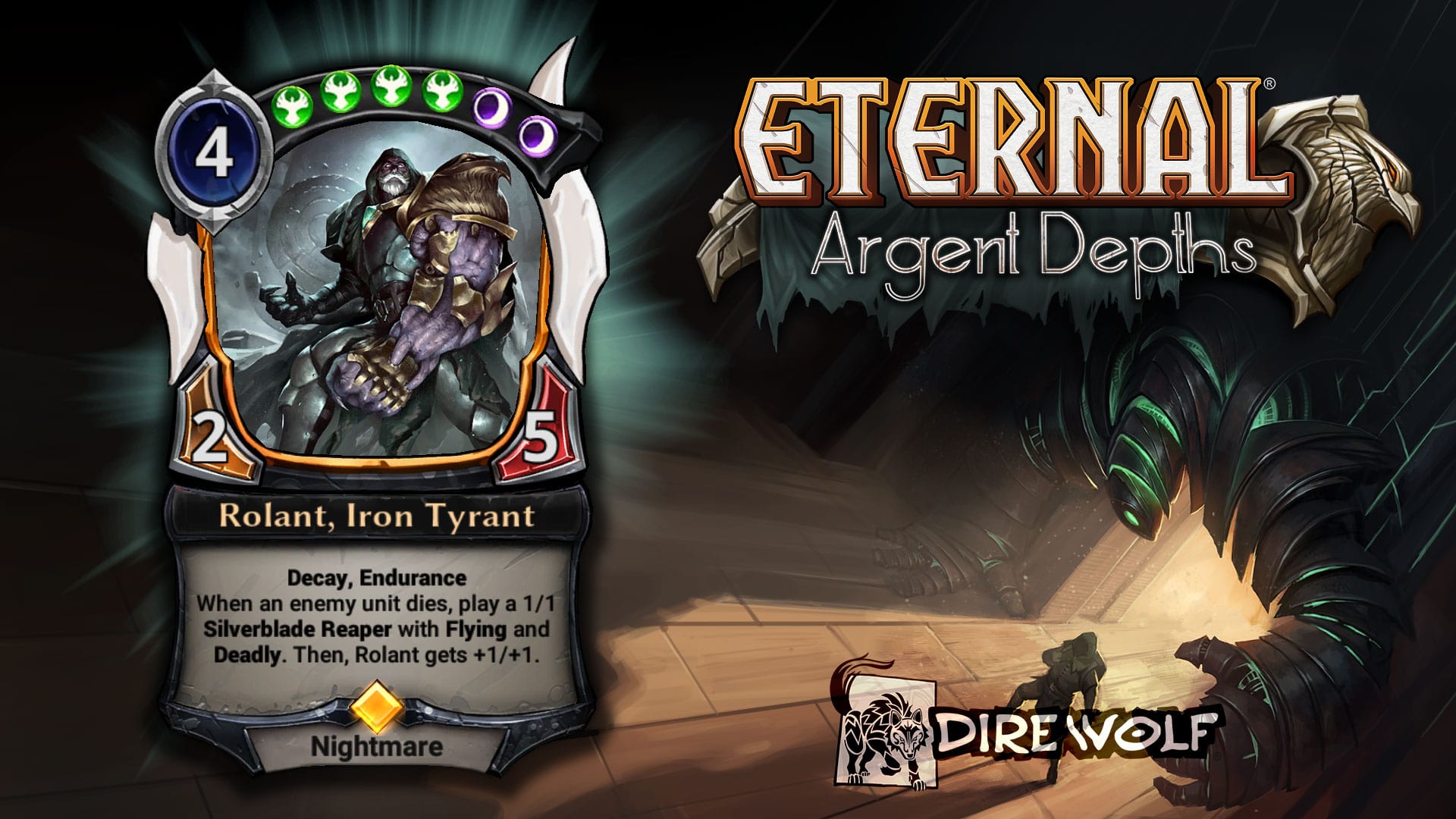 His famed mechanical arm stripped away, Rolant has equipped himself with something beyond reason.

You can wield this alternate-art Iron Tyrant yourself on Tuesday, June 16th, when the Argent Depths Pre-Order Bundle goes on sale!