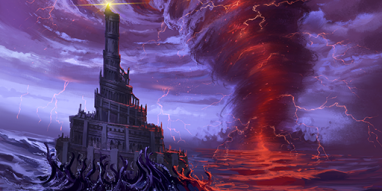 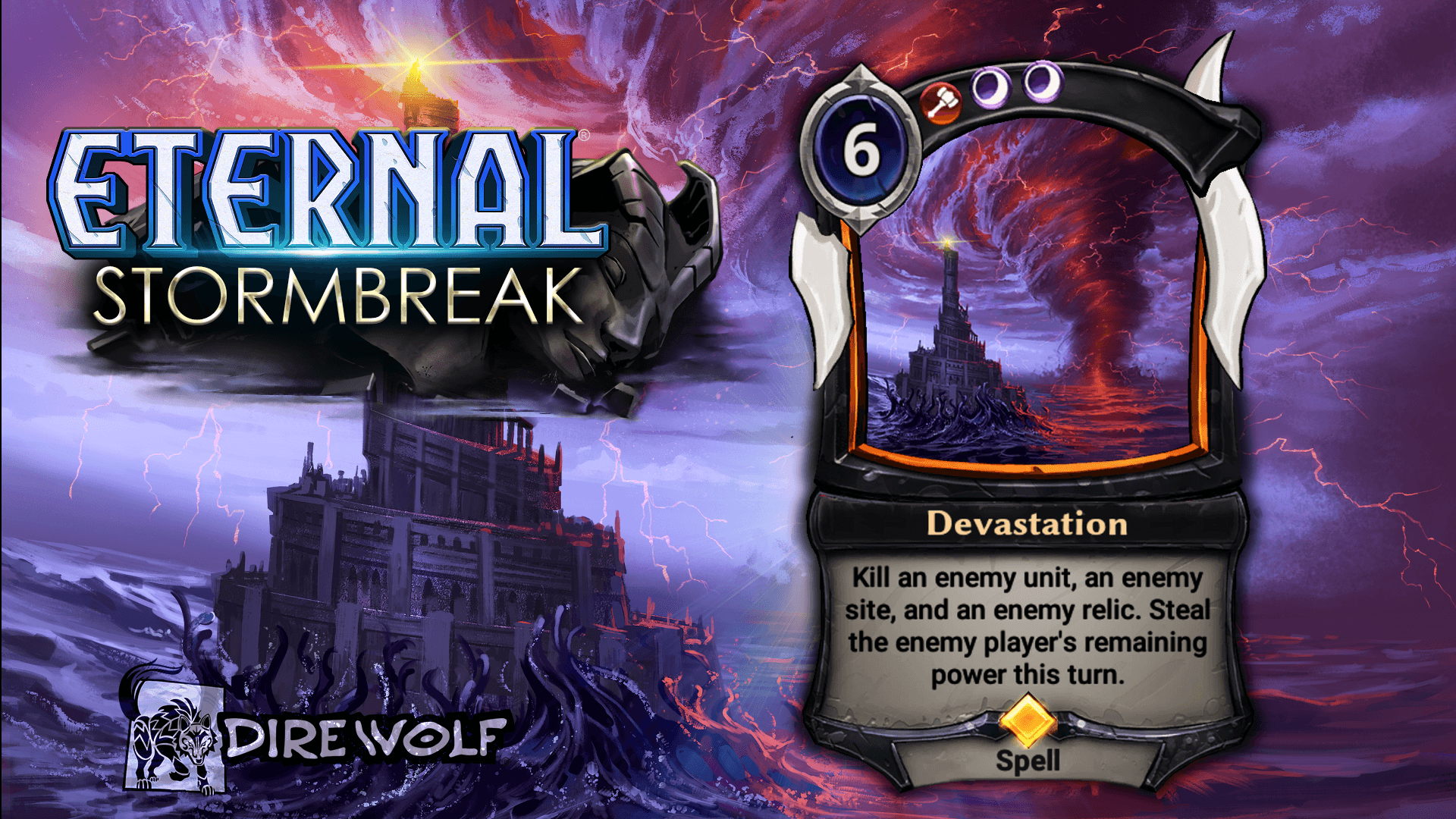 His good arm burned with an intensity that threatened to overwhelm him. It was even more than the powerful winds and cutting translucent purple rain. His grunt of frustration was swallowed by the howls around him and the splatter of water. He yanked hard and rough, this time with both arms. His shoulder screamed in protest under his armor and he bit back a curse at the recent injury.

“You alright?” Hifos yelled over the cacophony around him as a young minotaur scrambled to her feet. Hifos watched as she leaned over and caught her breath. He marveled how she still towered over him.

“I…” she began, then stood to her full height and wavered like a thin oak tree in the flurry of water and wind. She simply nodded to him. Hifos followed her gaze and squinted through the rain. He knew somewhere, in the core of the city, elevators carried the luckiest residents up to safety.

Hifos and his companion were not so fortunate. The metal frame under them that was once a building’s roof creaked and groaned at the barrage of a watery, wispy torrent.

“Shanya, we have to keep moving. How’s your leg?” Hifos called over and motioned to her shin. A bright red bandage was wrapped tight around it. She gave a firm nod and a stern gaze then took a few steps forward. Hifos noticed her grimace and reflexive tightening of her muscles then shrugged. He made his way wordlessly along the roof. It jutted up in an incline toward higher ground. Seconds later, he stood on a makeshift plateau of a series of felled support beams that extended across the expanse of destruction. 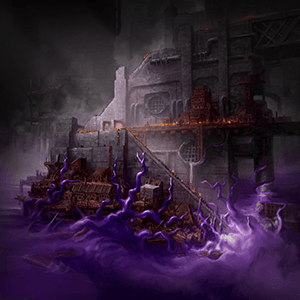 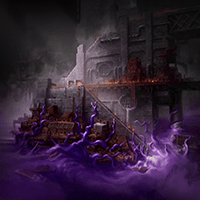 Can’t stop to tend to her now, he thought. He pushed past a cracked sign that advertised produce in a bazaar now lost somewhere below. Deep in the purplish swirling void that used to be the Bellows. The sign looked like it had been worn and broken even before falling over and being taken by the unnatural elements.

Hifos wore a small chain necklace that whipped about in the wind as he moved along the metal plateau. He noted a carved staircase that hugged an immense wall of steel and stone in front of him. A testament to the Builders’ prowess, somehow the giant support wall at this edge of Bastion held. Stairs further down were crushed by two warehouses that had collapsed under the strain of the storm’s fury. Hifos touched the small gear at the end of his necklace and forced himself to relax before he continued.

He kept silent and looked back now and then to check on Shanya as she pushed through step by step. He guessed their pace was good enough yet.

He hoped it would be.

His eyes pulled away from the minotaur and followed up along the stairs they would need to climb. The steps connected directly to the support wall, built far enough up to disappear into the darkness above. The Endless Steps, they were called, and he knew it was for good reason. Hifos thought he might admire the craftsmanship if not for encroaching death. He knew the stairs were laid out in a spiral that led to the next level.

To the Mids? More Bellows? Hifos thought to himself and squinted through the incessant rain and leaned against the wall.

Damn. Lost count. He shivered from the cold and flexed his fingers as much as they’d allow. Gloves and cloaks only did so much.

His leg muscles were tense and inflamed, every ounce of his strength seemingly spent on keeping himself upright and moving forward. Upward. His gaze moved back to his companion. She kept pace and said little except to begrudgingly accept a hand as they ascended further. The howl and splash of the rain and wind held conversation hostage. It was interrupted only by the creak and groan of buildings and metal both below and across from the perch of stone they climbed.

Hifos could barely make out cloaked, waterlogged forms that dotted the stairs further along than they were. Destroyed pulleys and fallen supports blanketed the tops of crushed houses. Hifos took another step forward and felt a harsh pull at his bad shoulder. A loud roar of a curse erupted from him as he turned with a glare. Shanya’s eyes were wide, concerned, but she pointed firmly beyond him.

He turned and looked toward her indication. A heavy, twisted pulley wire with a large hook at the end sailed through the air quietly, almost serene. Then it slammed hard against the steps. Hifos raised up his good arm to shield his eyes as chunks of rock flew toward him and the minotaur. The two of them plastered themselves against the wall and larger chunks of the stairs plummeted below.

Hifos gritted his teeth and hoped any further sounds that hit him were tricks of the wind and not screams of pain from beneath them. He forced a breath from his lungs and looked to the minotaur. He opened his mouth to speak but she shook her head and waved a hand dismissively. Hifos nodded and gave a small bow. He turned toward the smashed remains of the path. A number of the steps were broken and battered from the collision but they seemed traversable.

With as much balance and care as could be mustered, with the persistent force of the wind and slicing rain all around them, the pair climbed across the debris. As the minotaur moved past the hook, she cried out and shut her eyes sharply as her leg spasmed and her bandage grew a deeper crimson.

She teetered backward toward a drop into the abyss of deadly Shadow magic. Hifos’ breath caught in his throat as he launched himself forward. His bad arm reached out and he gripped one of the minotaur’s hands. He sensed the ligaments tear before he felt the burn and rush of pain from them. He gritted his teeth again and roared out his agony.

The two of them collapsed against the wall with a rough thud and panting breaths. Hifos looked over and Shanya opened her mouth to speak. Hifos grinned, shook his head, then gave a wave of his hand. She gave a tired smile back and nodded.

The Reach Captain looked up and the endless height of Bastion weighed on him as much as the water that soaked him. He peered over the edge a moment and made a guess at the speed of the void of dark and danger far below. He closed his eyes and took a labored breath. He shoved himself to his feet despite everything that he was fighting back.

He turned to offer a hand to his companion. She was already up with busy hands adjusting her bandage.

“Up we go,” Hifos muttered to himself. They trudged onward.

The metal barricade stood heavy, immobile, solid. It rattled and clanged from the shove of myriad angry, grasping hands. Stalwart and emotionless, armored guards marched to disperse the crowd that threatened the temporary installment. 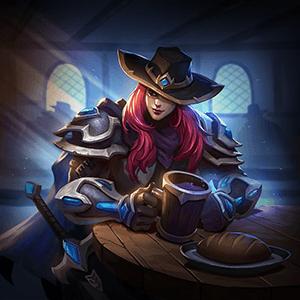 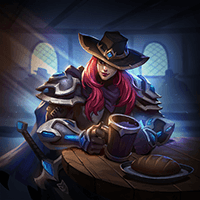 With hair red like a flame and gaze fierce as the storm below, Argo Ironthorn stood resolute and calm as the commander spoke. She listened to the flow of resentment in front of her then the wave of explanation at her side.

“I understand they’re from below, that they might need temporary relief, but I’m told-” the woman in deep silver platemail started and Argo rolled her eyes.

“Sure,” she interrupted, “you understand a small piece. A chunk of the whole, but you’re not really thinking too far ahead or for more than yourself.”

“Miss…” the commander started again, a smile raised up like a shield to deflect blows, “you’re of course wanting to help… these people…”

Argo arched a brow and held her fingers at the grip of her sword but let the touch against the weapon relax. She placed a hand on the other woman’s armored shoulder and turned toward the large crowd before them. Bruised, bloodied, and battered, the crowd looked as ravaged and broken from the storm as any of the dwellings they had onced lived in. Yells mixed with murmurs came at them. Many held gazes that looked hopeful, most angry, and the swelling of rage and desperation came through like a tremor from the earth itself.

Argo looked over the throng of people, her gaze landed on a taller than average minotaur and flicked down to the deep red of a bandage at her shin. The minotaur’s eyes held fire, rage, and determination all in one. Argo clicked her tongue against her teeth, nodded to herself, then turned back to the commander. 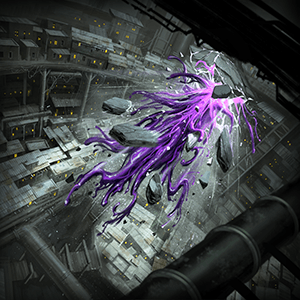 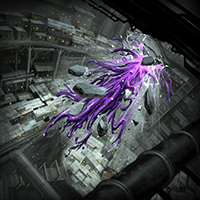 “A storm’s destroyed everything they’ve known. Some knew right away, some have been waiting their whole lives. But it’s here, it’s at their backs, and they’ve done the one thing they can. Either by force or by choice, they’ve run,” Argo stated. The commander seemed to arm a reply and Argo glared, yet the warm smile at her mouth sat unabated.

“It’s rude to interrupt, ya know?” Argo said with a soft laugh that held a touch of malice.

The commander stared for a few lingering seconds toward Argo. Argo watched her ponder and parse her words.

The commander nodded then stepped aside.


The storm has made landfall! Twenty-one new Expedition-legal cards are available now in the Stormbreak Bundle!