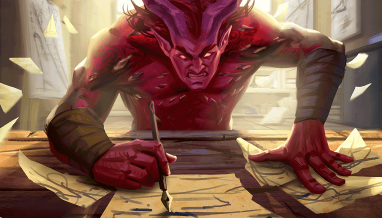 The Flame of Xulta: Mastery

Last month, we gave you the first look at the world of our next expansion, The Flame of Xulta.  An unknown world, racing against a dying sun, holds many new challenges to overcome. But those who persevere might discover greater potential within themselves than they had previously imagined. They grow in their abilities, and gain Mastery of their own destiny: 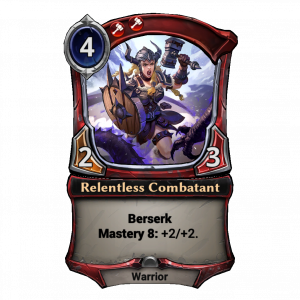 Mastery is a new keyword that rewards successfully dealing damage and surviving. When Relentless Combatant deals 8 damage she gets a permanent +2/+2. Maybe it takes you four attacks of two damage each. Or perhaps you throw a +2/+1 Heavy Axe on her first, do a Berserk attack and get it in just one turn

Let’s get into some of the deeper details of how Mastery works.

Not all Mastery bonuses buff your units. Thunderclaw Raven delivers a special gift: 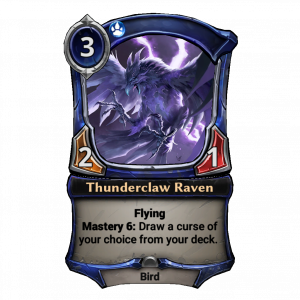 Thunderclaw Raven soars over the opposition, pecking in and later rewarding you with any curse from your deck. Mastery units appear in all five factions so there’s lots of sweet Mastery prizes in the set to discover.

Mastery can appear on weapons as well. Behold, the Sword of Judgement: 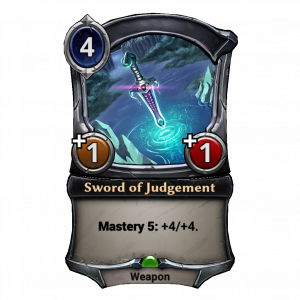 The sword buffs your unit a little bit up front, but if it can deal 5 damage, things will really get out of hand!

Before we go, let’s get a look at a unit that has multiple ways to benefit from Mastery: 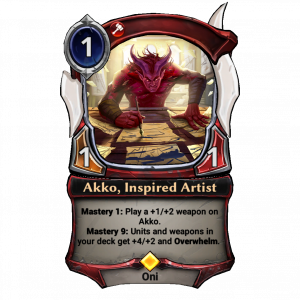 Akko, Inspired Artist can paint a terrifying picture for your opponent. If you play an Akko on turn 1 and attack the next turn, he immediately grabs a +1/+2 weapon and becomes a 2/3. And that damage that made you complete that first Mastery? It counts for the second as well. So now our Akko is bigger and already on his way to giving an enormous boost to your whole deck!

Mastery is just the beginning of what The Flame of Xulta has in store, stay tuned for more looks at the new set releasing soon!