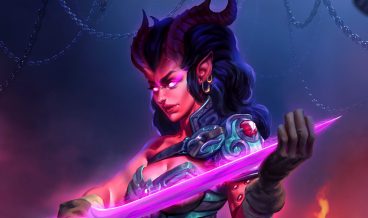 Last week, we witnessed the return of the Strangers and learned that Horus Traver aims to unite them against the looming Nightmare threat.

But Eremot has plans of its own, and seeks to corrupt the peoples of Xulta and add them to its Nightmare horde. It’s time to introduce the newest mechanic coming to Eternal® in Echoes of Eternity: Corrupted. 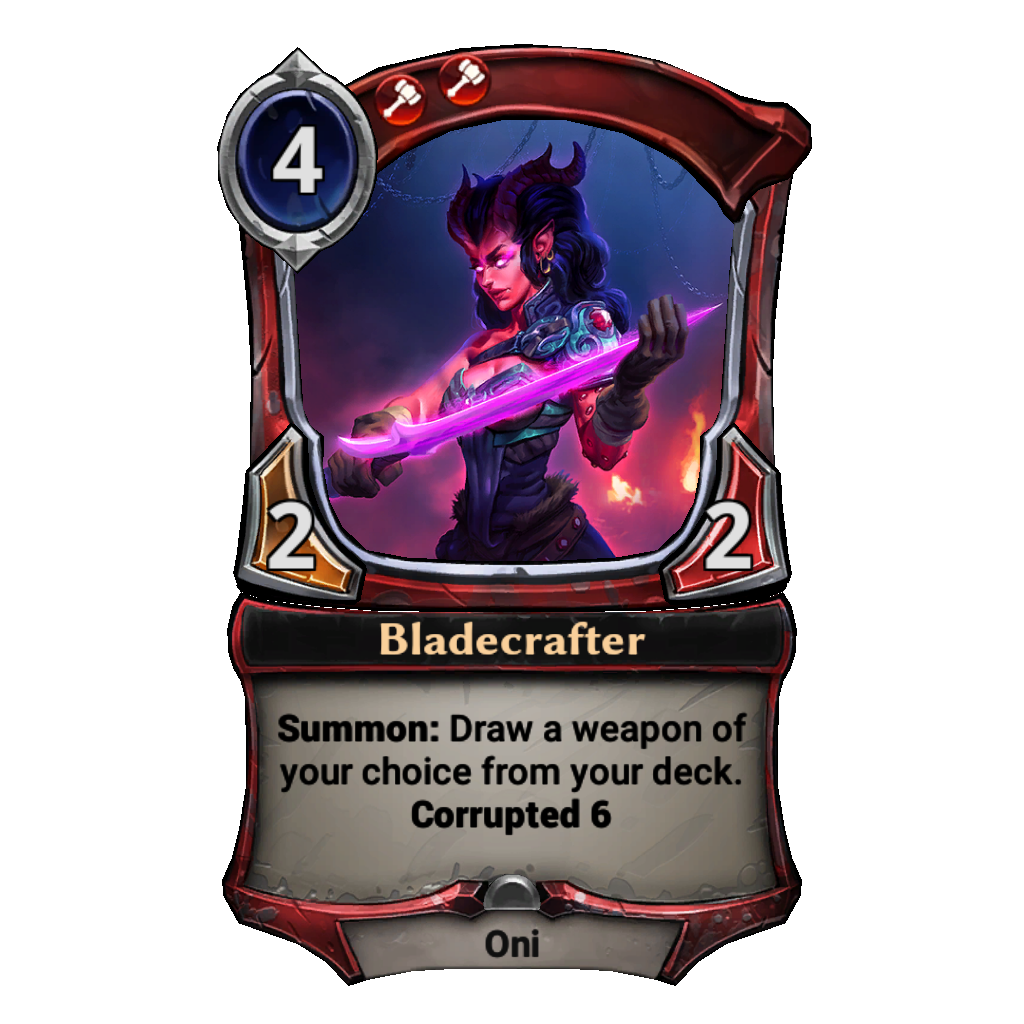 When Bladecrafter dies, she leaves a Shade of herself behind. This Shade is a zero-strength version of Bladecrafter and is now a Nightmare. It looks like this: 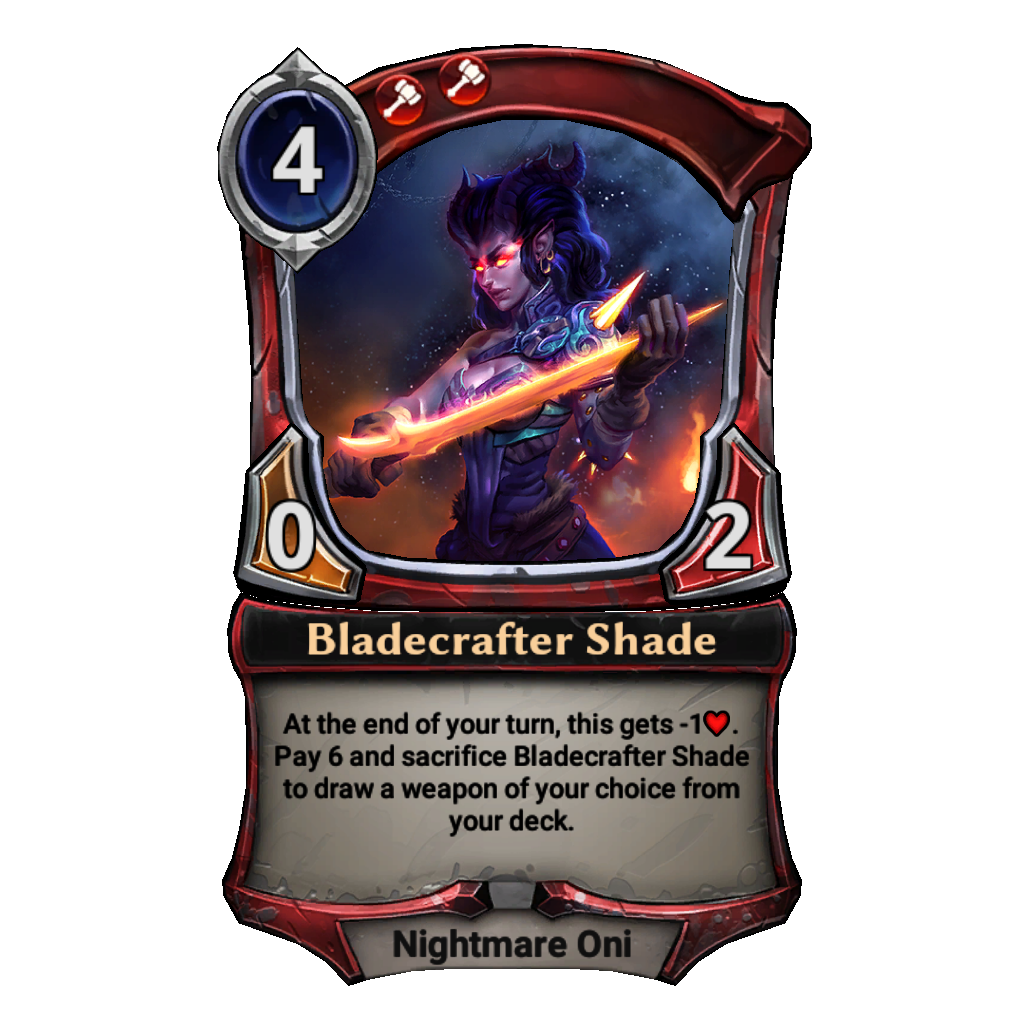 The Nightmare Shade can be sacrificed to play the unit’s summon effect a second time. But as a Shade, it fades with every turn, losing 1

Let’s sum up what’s going on with Shades:

Corrupted allows us to harness our units’ summon effects multiple times. We also get another unit to work with. We can sacrifice the Shade to other effects, block with it, and even play weapons on it and attack.

But the Oni of Xulta aren’t Eremot’s only target. Let’s take a look at a Corrupted Elf. 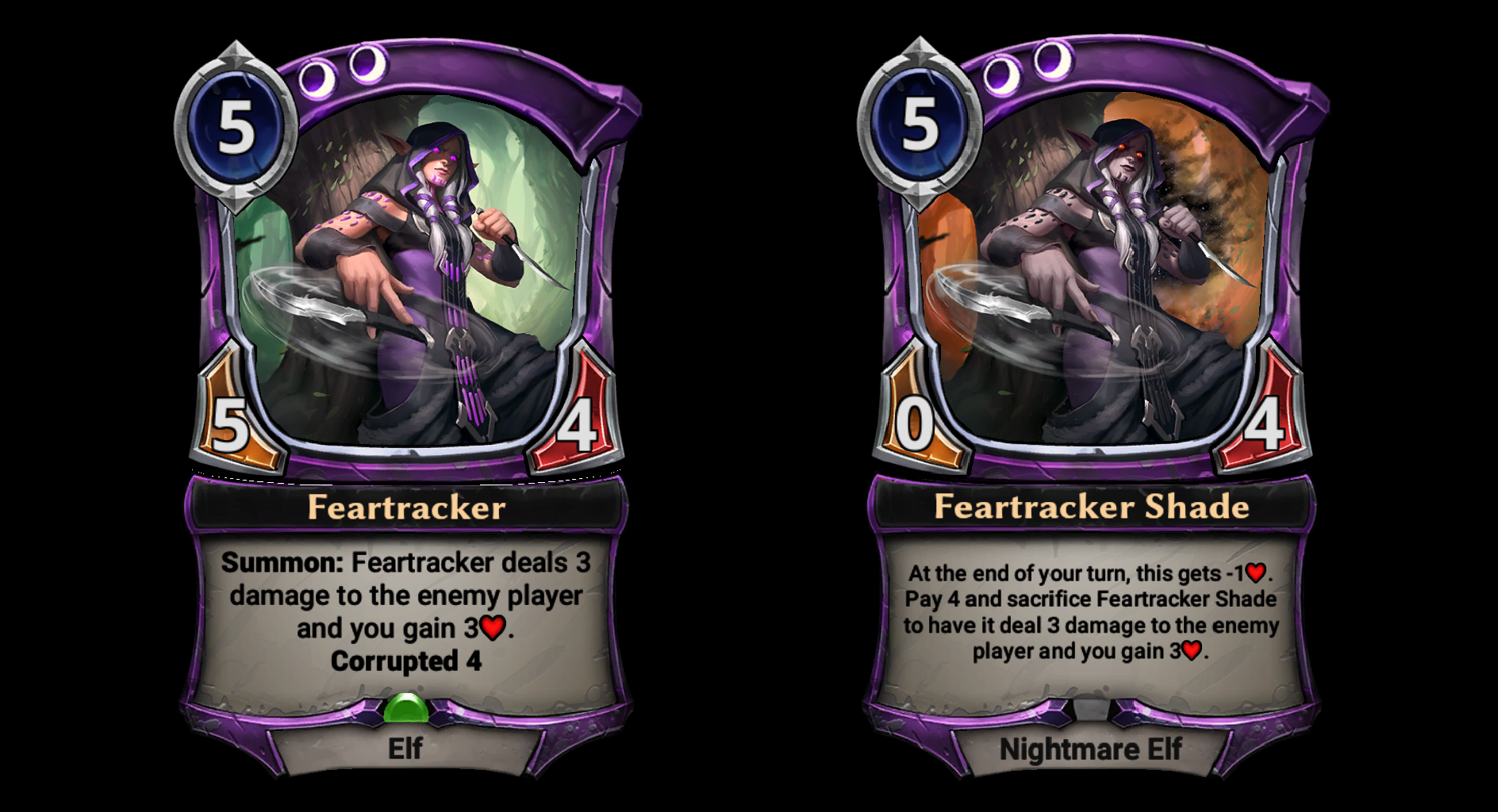 Draining your opponent for 3 is a great immediate impact. And if the enemy foolishly tries to kill Feartracker, its haunting continues as its nightmarish Shade threatens even more.

Even a righteous Paladin can fall. 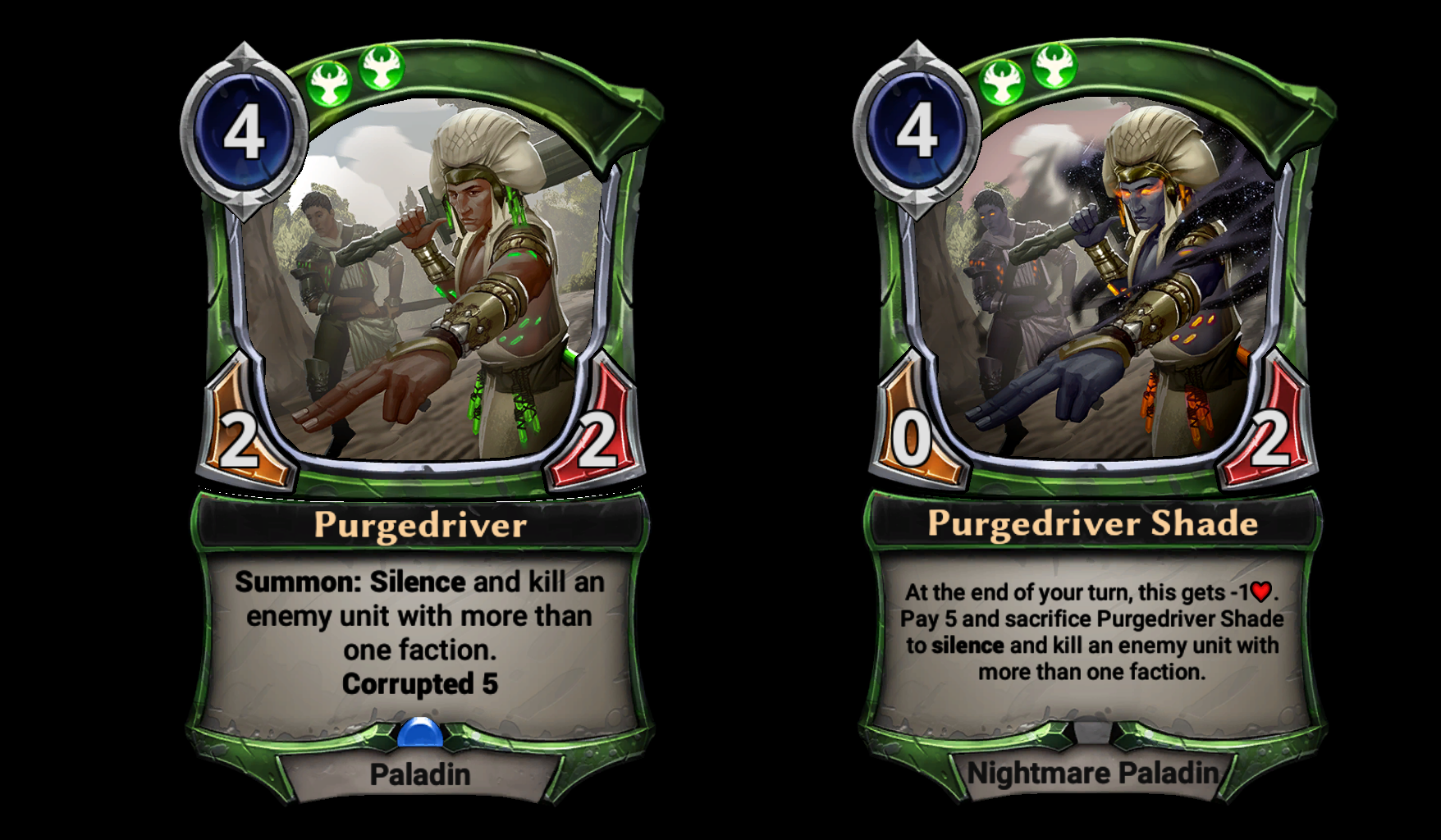 In life, Purgedriver sought to cleanse Xulta of darkness, but in death, his fanatic Shade lingers, loyal to Eremot. 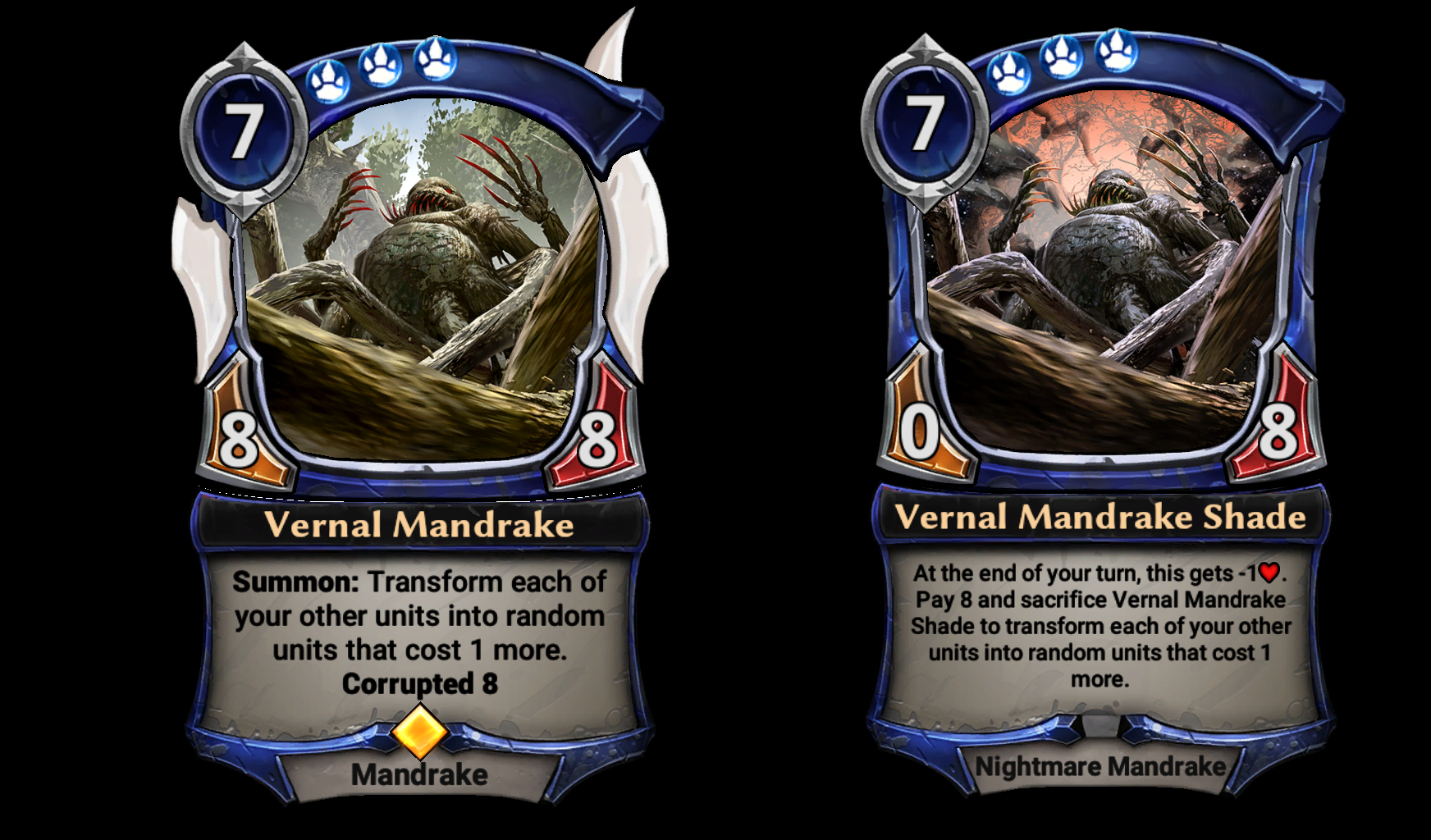 Maybe it’s better to skip the shortcut through the woods!

Whether you choose to guard yourself from the dark or give in to Eremot’s nighmarish designs, the Corruption is spreading quickly. Eternal’s newest expansion, Echoes of Eternity is coming soon!

The battle for Xulta is approaching quickly, so best prepare yourself!