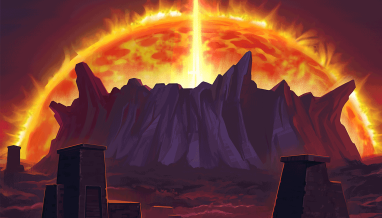 The Flame of Xulta: Decimate

Xulta burns. The thought brought a smile to Nahid’s lips. She stood near the top of a stepped pyramid, its stone peak jutting out of the dense jungle, far from any city. In the distance, a pair of dragons were silhouetted against Sol’s glowing flank as they flew. Dark smoke rose from their wings, twisting and vanishing into the early night. Sol’s fury, with dark wings and gaping maw.

Footsteps sounded behind her, and Nahid turned. One of her followers stood, panting from the climb.

“Yes?” Nahid asked. She did not like to be kept waiting.

“Our sect in Talman,” the man said, voice grave from behind his dragon-bone mask. “It has been crushed.”

Nahid bared her teeth in sudden fury. “The paladin?”

The cultist nodded. “Yes. Though he was caught. Exiled for his crimes.”

“Hm,” Nahid mused, turning back to gaze over the jungle. Above her, Sol burned, sullen and furious. The world nearly burned once before. Who are we to deny fate?

“No matter,” Nahid said, her tone hardening. “Sol fades, and in the gathering dark there are whispers. Hints of purpose. The Ancestors fought Xulta’s destiny once. The Listeners and their attack dogs will not get a second chance.”

Her eyes narrowed. “This changes nothing. We will complete Sol’s great work, and bathe this world in dragonfire. 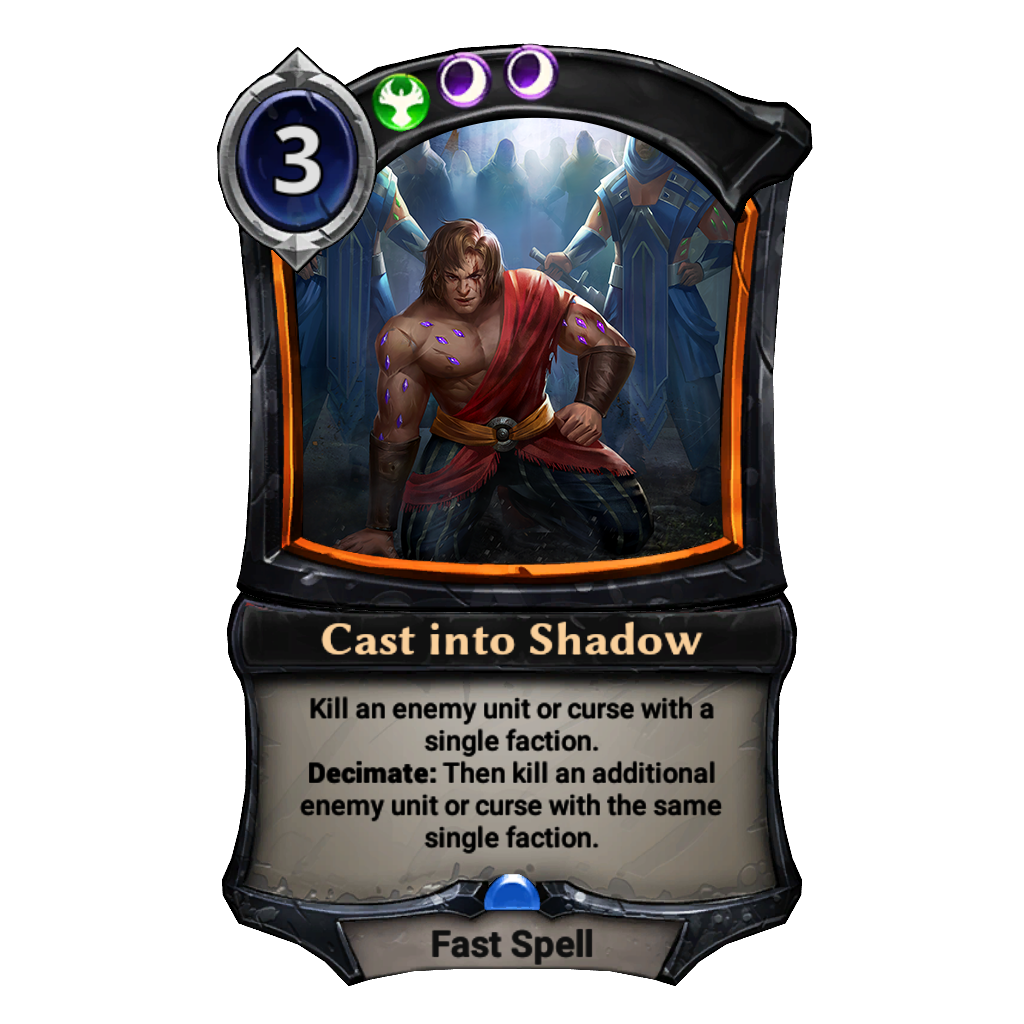 Decimate is a new way to power up your cards from The Flame of Xulta. When you play a card with Decimate, you may permanently spend one maximum power to increase its potency. Cast into Shadow is a relatively simple card with Decimate. No matter what, you’re spending 3 power to kill an enemy unit or curse. Then you are presented with a choice: you can choose to permanently lose one maximum power to kill an additional enemy unit or curse of the same faction. 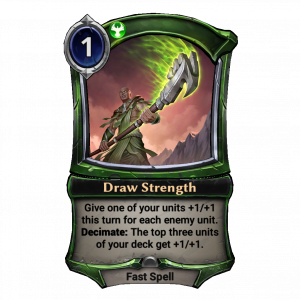 Draw Strength is a great way to turn excess power into extra strength in a longer game. You get the pump effect for one of your units in play no matter what, but only if you’re willing to sacrifice a long-term resource are you able to harness the full might of the spell and give the top units of your deck a buff as well. 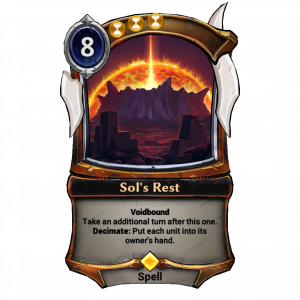 Taking an extra turn is already a very powerful effect, but what if you could ensure that there wouldn’t be any pesky units clogging up the board while you were at it? Enter Sol’s Rest, a card that goes from normally potent to a total game-changer when you’re willing to tap into your reserves!

That’s all for today’s update, but the sun has not set on The Flame of Xulta yet. Keep an eye out for more spoilers and more details coming soon!